Where to Look for Ewan McGregor: From 'Trainspotting' to 'Halston'

Ewan McGregor has had a long and successful career, starting off strong in the U.K. with the 1993 miniseries Lipstick on Your Collar, and becoming an internationally known actor soon after with a breakout role in 1996's Trainspotting... and, over two decades later, he's still going strong.

He's on the verge of broadening his audience even more, taking on the role of the iconic fashion designer Roy Halston Frowick in the Netflix series Halston, premiering May 14.

In a recent interview with The Hollywood Reporter, McGregor talks about then and now, saying, "I have the career I started out wanting."

Let's take a peek at some of his earlier roles, that got him to where he wants to be:

In 1996, McGregor landed the role of Mark Renton in director Danny Boyle's Trainspotting. Based on Irvine Welsh's 1993 novel, the story revolves around a group of twentysomethings hanging about in Scotland. They don't have much to do, so turn to heroin to pass the time. It's not just McGregor as a youngin', but you can also look for Jonny Lee Miller (Elementary) and Kelly MacDonald (Broadway Empire).

From there, we saw McGregor in 1997's a Life Less Ordinary, also directed by Boyle. The story follows a young man (McGregor) who loses his job and in an act of desperation kidnaps his boss's daughter (Cameron Diaz). While a comedy, there's an element of fantasy, with two angels watching over this disaster in the making to determine if love is still possible on Earth.

McGregor stepped into the Star Wars franchise in 2002, taking on the epic role of Obi-Wan Kenobi. We saw McGregor as Obi-Wan in all three of the prequel trilogy movies, which ran from 1999 through 2005. McGregor didn't stop with the big screen — we can also look for him in the forthcoming miniseries called... wait for it... wait for it... it's called Obi-Wan Kenobi. The Jedi Master is getting his own series!

In 2002, McGregor proved he's a triple threat by acting, singing and dancing in Baz Luhrmann's Moulin Rouge! He takes on the role of a poet named Christian. Christian meets a courtesan, played by Nicole Kidman, and is instantly smitten with her. But, of course, there is a jealous rival. Who can forget the scene of him all starry-eyed singing "Come What May." If you need a reminder, we have the clip above.

Would you like to see more of McGregor singing? Okay, we got you. He starred opposite Renée Zellweger in 2003' Down with Love. He plays as a journalist who is known to be a bit of a playboy. She plays as a self-help author who wants nothing to do with playboys. The two make quite the match. Christian pretends to be a newbie to the city, which results in the author being less guarded.

If you saw 2003' Young Adam, you saw ALL of McGregor, i.e. he has a full frontal nude scene (just a side note). He stars opposite Tilda Swinton in this crime drama. His character is a bit of a loner, until he meets a married couple who welcome him onto their barge. But, from there, he gets friendly with the wife (Swinton). He's not just being adulterous, he may also have a murderous past.

McGregor took the lead in the 2003 fantasy film Big Fish, directed by Tim Burton. The movie centers around the father-son relationship between Ed (McGregor) and Will (Billy Crudup) Bloom. When Will finds out his father is dying, he makes his way home, telling his new wife (Marion Cotillard) the tall tales his father told him as a child. Will thinks the stories are exaggerations, but they may just be true.

8. I Love You Phillip Morris

In 2009, we saw McGregor and Jim Carrey on-screen together in I Love You Phillip Morris. McGregor takes on the title role, with Carrey portraying con artist Steven Russell. Based on a true story, the two star as prison mates who fall for each other while incarcerated. When Morris is released, Russell follows him, breaking out of prison. He's just that in love with him, that he can't live (behind bars) without him.

Once again, McGregor takes on the title role in the 2010 political thriller The Ghost Writer. McGregor's character is hired to help write the autobiography of the former Prime Minister Adam Lang, played by Pierce Brosnan. Soon after the writer's arrival, Lang is accused of being involved in a war crime. The writer finds himself in a compromised and possibly dangerous position.

In 2012, we saw McGregor in a different role, portraying a father in the disaster drama The Impossible. He and Naomi Watts star as a married couple, parents to three young children. While on vacation in Thailand, they fall victim to a tsunami. The family members are separated and fight to survive the natural disaster and reunite.

>Insert Snack Break Here, We Have a Longer Than Usual Listicle<<

We mentioned in the intro, McGregor's first on-screen role was in the British miniseries Lipstick on Your Collar. In 2017, he made his return to TV, starring in the third season of Fargo, a spinoff of the 1996 movie. McGregor plays two roles, brothers Ray and Emmit Stussy. Ray finds himself involved in a double murder while Emmit owes money to a dubious organization. These two are in double trouble.

In 2019, McGregor went the eerie route, starring in Stephen King's Doctor Sleep, the sequel to 1980's The Shining. McGregor plays a grown-up Danny Torrance. Dan had supernatural powers as a child, and now as an adult, he meets a young girl with similar abilities. He goes out of his way to protect her from a group who takes advantage of children like her. 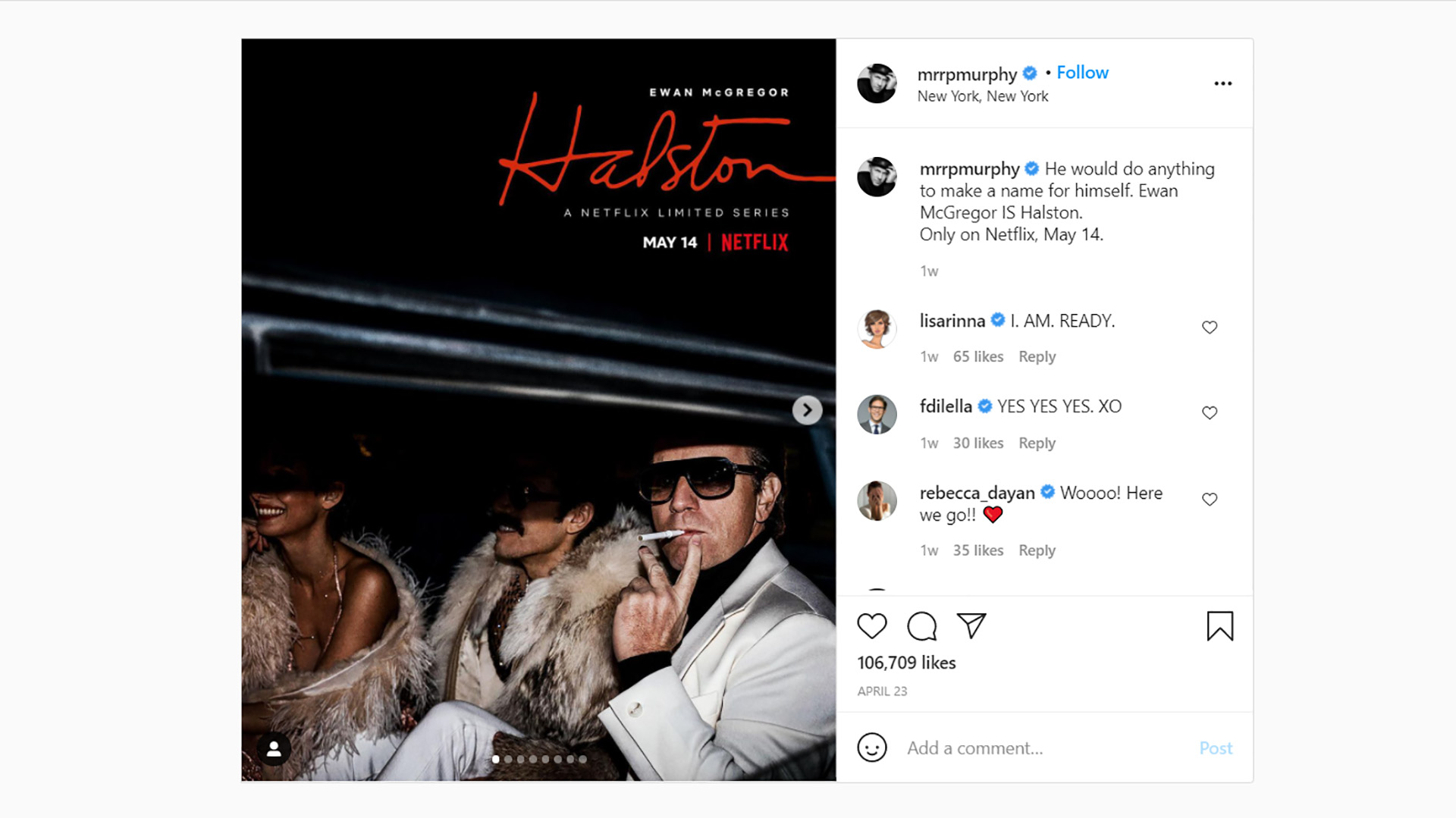 And, back to where we started, McGregor has a new series coming out called Halston, which follows the early days of fashion designer Roy Halston Frowick. If you're not familiar with his work, you probably know the pillbox hat made famous by First Lady Jacqueline Kennedy. His career goes beyond clothing, creating an empire, but as the series rolls out, we learn it's threatened.

McGregor has so much work to choose from, we had to go beyond the typical 10er list.

Do you have a favorite role to add on?