The Bestselling 'Dublin Murders' Crime Series is Coming to TV

Fans of Broadchurch and The Fall rejoice: there's a new crime thriller to get excited about.

Deadline reports Starz has bought U.S. rights to Dublin Murders, a new eight-part psychological thriller that brings Tana French's bestselling series of crime books to life on the small screen. The series is a co-production with BBC ONE and RTÉ in the U.K., with support from Northern Ireland Screen.

Set in Dublin in the early years of the millennium, it stars Killian Scott (C.B. Strike, Call the Midwife) and Sarah Greene (Penny Dreadful) as police detectives Rob Reilly and Cassie Maddox, who are sent to investigate when a young girl is found murdered in the woods. 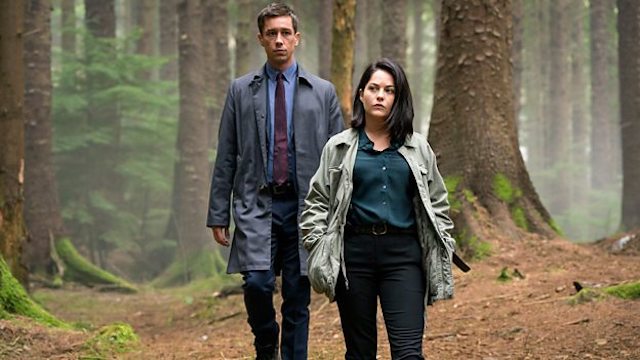 In true psychological crime thriller style (see The Bridge and True Detective), what at first appears to be two separate murders quickly become linked. The plot synopsis goes on:

"Against his better judgment and protected by his friendship with Cassie, [Rob] is pulled back into another case of missing children and forced to confront his own darkness. As the case intensifies, Rob and Cassie's relationship is tested to the breaking point and when Cassie is sent undercover for another murder case, she is forced to come face to face with her own brutal reckoning."

And if that plot wasn't labyrinthine and intriguing enough, then the scripts have been written by Sarah Phelps, the scriptwriter behind the recent Agatha Christie adaptations And Then There Were None, Ordeal by Innocence and the forthcoming The ABC Murders.

"I was so delighted to have been asked," Sarah said in a statement, "and create the complex, strange world of Dublin Murders. I'm so excited and proud to see my scripts coming to life under the guidance our brilliant directors Saul Dibb, John Hayes and Rebecca Gatward and I'm in total awe of our peerless cast of blazing Irish talent."

Production is already underway in Belfast and Dublin, with the series expected to air some time in 2019.