'I Need Light': The Discovery of Technology and Gadgetry

Posted by BBC America Editors | January 19, 2013
In the first episode of "Ripper Street," one cannot help but notice the dramatic presence of newly-developed technologies that the characters must (sometimes quite hesitantly) adapt to. Here are just a few: Still Photography Many inventions led to photography, but probably the most relevant was the discovery of the camera obscura, which can be traced back to ancient China. Leonardo da Vinci also mentions "natural cameras obscura that are formed by dark caves on the edge of a sunlit valley." The development of chemical photography can be traced back to the 1820s and by the mid 19th century, experiments with color were well underway. Black-and-white photography would dominate for many years due to lower costs and the popularity of the "classic look." In 1873, photo-chemist Hermann Vogel created a mechanism to improve color sensitivity,  adding colors green, yellow and even red. 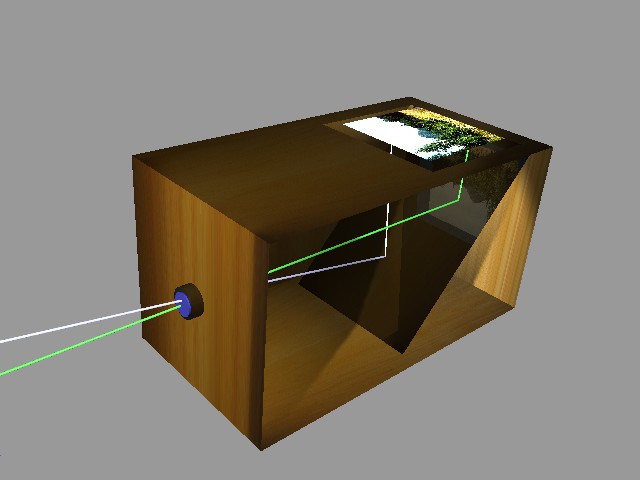 The cameras seen in "Ripper Street" may have been one of the first celluloid models, (also referred to as the "Kodak") which started to appear in 1888.  It was a very simple box camera with a fixed-focus lens and single shutter speed. The press had just begun to make a dent in society, and as seen in "Ripper Street," were able to sell numerous newspaper headlines at the expense of the police department with the help of photographs, which allowed them to visually document crime scenes like never before. The popular site Spitafields Life has many archived photographs from the Victorian East End, and thanks to the invention of still photography, we are able to gain a much more accurate understanding of that time.

(Spitafields Life) The Moving Picture Englishman Eadweard James Muybridge was largely responsible for the invention of the moving picture with his experiments with multiple cameras in order to capture motion in stop-action photographs, which later led to the invention of what would become film strips. In the 1880s, he produced 100,000 images of animals and humans in motion so effectively that people found it hard to distinguish as separate movements. He also helped to bring phenakistoscope discs into the public eye, which were invented in the 1830s. Muybridge spent much of his later years giving public lectures and demonstrations of his photography and early motion picture sequences. He is also credited for influencing visual art, as well as developing scientific and industrial photography. He has even gone so far as to influence modern music. In 1993, the rock band U2 made a video of their song "Lemon" as a tribute to Muybridge's techniques.

(Galloping Horse 1878) Louis Le Prince is also mentioned by Inspector Reid in Episode 1, crediting him with experimenting with "photographic images that...move." Jackson replies, "like a lantern show?" Reid answers, "No, real...because every degree of muscular movement must be captured with precision so the end effect is one fluid movement." Prince, an engineer, is widely regarded as the 'father of cinematography,' and is credited for shooting the first moving picture on paper film using a single lens camera. The Telegraph

(Morse Code) The electromagnetic telegraph was invented in 1825 by William Sturgeon. His display of lifting nine pounds with a seven-ounce piece of iron wrapped with wires through which the current of a single cell battery was sent would become a precursor of things to come. The invention of Morse Code by Samuel Morse was officially known as American Morse by 1844, and allowed people from far away locations to communicate with a short hand language represented by tiny dots on a mechanical device. The emergence of the Postal Telegraph System in 1881 is what likely prompted such Telegraph Rooms as seen in "Ripper Street" within the same decade. In "Ripper Street," young policeman Hobbs struggles with the intimidating telegraph machine as he is instructed to dictate something in Morse Code. Reid responds, "C'mon boy, this is the future!"  Captain Jackson later refers to Hobbs's difficulty as the "human barrier to progress."