(Photo: AMC)
October is the month of Halloween, but while it brings a few creepy treats, there's plenty else to check out if you're not in the mood to be spooked. Here's our pick of the month's most exciting music, movies, and TV.
1. A FANG-TASTIC NEW HORROR SERIES
Interview with the Vampire
You'll definitely want to sink your teeth into this contemporary reinvention of Anne Rice's Gothic novel. Doctor Who alum Jacob Anderson plays Louis de Pointe du Lac, a young man in 1900s New Orleans who accepts an offer to become the vampire companion of charismatic Lestat de Lioncourt (Sam Reid). His choice comes with a heavy price, though, especially when he meets Lestat's teen protégé Claudia (Bailey Bass). Expect blood-y good entertainment from the start.

Interview with the Vampire premieres Sunday, October 2 at 10pm EST on AMC. The first two episodes premiere the same day on AMC+.
2. A LAST GOODBYE TO OUR FAVORITE SURVIVORS
The Walking Dead
This is really it: the third and final part of The Walking Dead's final season. In the trailer below, you'll hear an unnamed narrator say somewhat cryptically that "people will remember the last thing you do." Can Maggie (Lauren Cohan) and Negan (Jeffrey Dean Morgan) put their differences aside for long enough to safeguard the Commonwealth's future? With only eight episodes to go, they don't have much time to waste.

The Walking Dead returns Sunday, October 2 at 9pm EST on AMC. Two new episodes will be available to stream that night on AMC+.
3. A MOVIE BASED ON A UNIQUE TRUE STORY
The Lost King
In 2012, the remains of 15th-century English monarch King Richard III were found underneath a parking lot – yes, really – in the small city of Leicester. It's a terrific premise for a quirky comedy-drama, especially one directed by Stephen Frears (The Queen, A Very English Scandal) starring Sally Hawkins and Steve Coogan. In a fun flourish, Game of Thrones alum Harry Lloyd plays the "lost king" in flashback scenes.

Documentary Now! returns Friday, October 19 on IFC and AMC+.
5. A MODERN BIOPIC OF A LITERARY ICON
Emily
Sex Education star Emma Mackey portrays Emily Brontë, the writer of Wuthering Heights, in this biographical movie from actor-turned-director Frances O'Connor. Reviews from the festival circuit suggest Mackey gives an impressive performance as the troubled but talented Victorian author, who is misunderstood by her father (Line of Duty's Adrian Dunbar) and the brother he favors (Fionn Whitehead). It looks like a historical movie with sensitivity and depth.

Emily opens in select theaters Friday, October 14.
6. A ROCK ALBUM THAT'S ANYTHING BUT PREDICTABLE
The 1975: Being Funny in a Foreign Language
Manchester four-piece The 1975 have become a huge global success – they've even topped the Billboard 200 album chart – because they're witty, charismatic, and difficult to pigeonhole. Since they broke through in 2013, they've recorded everything from spiky indie bangers to slinky electro bops. This fifth album sees them team with Taylor Swift's producer Jack Antonoff, so expect the tunes to be especially precision-tooled.

Being Funny in a Foreign Language is released Friday, October 14 via Dirty Hit.
7. A CRIME SERIES WITH A LIGHT TOUCH
My Life Is Murder
This infectious and somewhat comic murder-mystery series is led by Lucy Lawless, who played the title character in cult '90s series Xena: Warrior Princess. Here she's purposeful and determined in a different way as Alexa Crowe, a woman who returns to her New Zealand hometown in pursuit of a quiet life, but actually winds up investigating a succession of murders. Ahead of season three's premiere, you can catch up with previous episodes on Acorn TV. 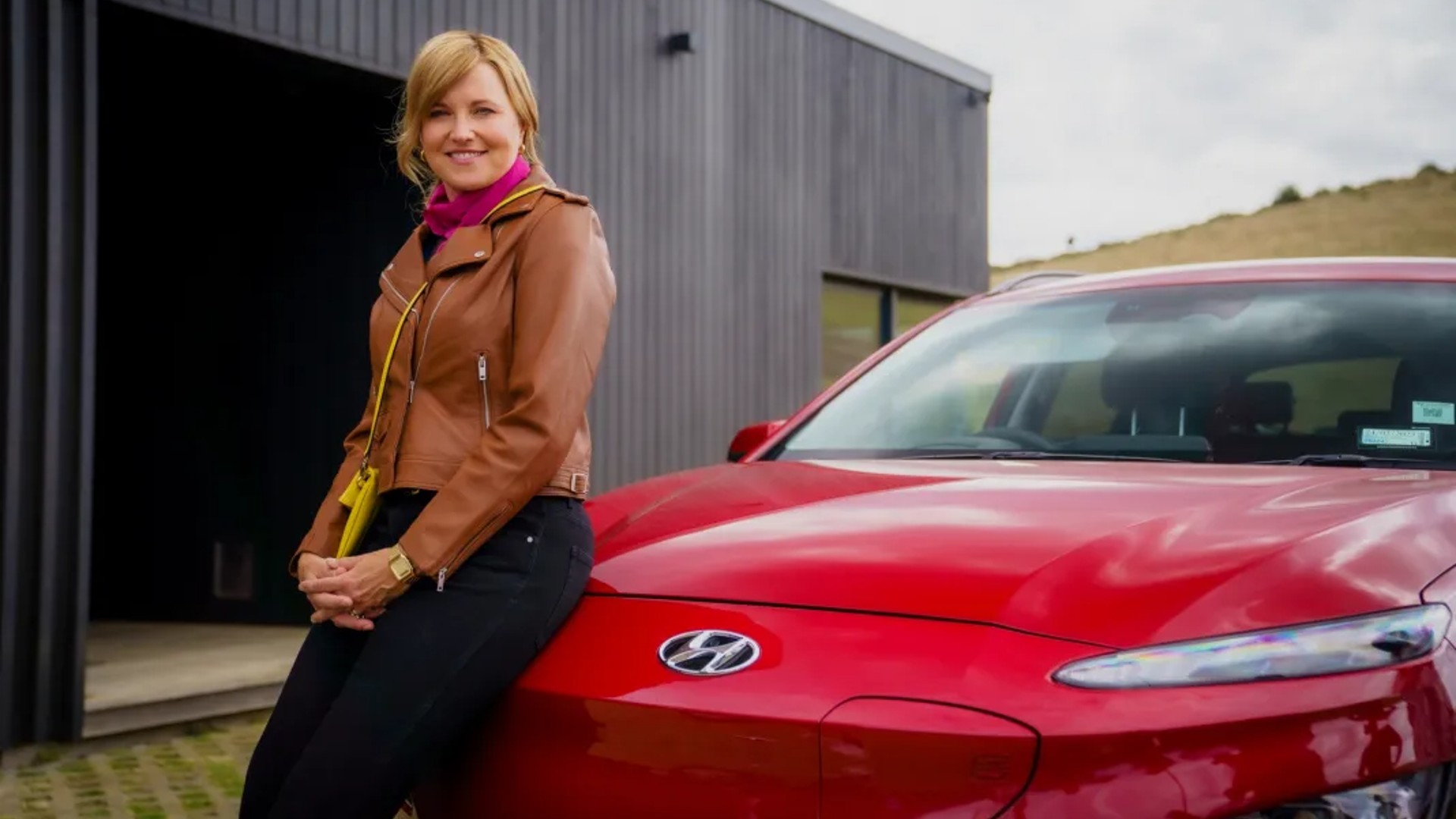 (Photo: Acorn TV)
My Life Is Murder returns Monday, October 10 on Acorn TV.
8. A COMEDY SERIES LIKE NO OTHER
Sherman's Showcase
Created by and starring Bashir Salahuddin and Diallo Riddle, this Emmy-winning sketch series has a clever and very original premise. Each episode features skits drawn from the vault of Sherman's Showcase, a (fictional) long-running musical variety show in the mold of Soul Train and American Bandstand. Guests confirmed for season two include Issa Rae, Chance the Rapper, and John Legend, so it's safe to presume it won't have lost any sparkle.

Sherman's Showcase returns Wednesday, October 26 at 10:30pm EST on IFC. AMC+ will premiere the first two episodes on October 26, with additional episodes available to stream on the service one week early.
9. AN ACTION MOVIE YOU WON'T WANT TO MISS
Tár
Cate Blanchett already has two Oscars to her name, and she's tipped to be in the running again with Tár. In this psychological drama from director Todd Field (Little Children, In the Bedroom), she plays Lydia Tár, a fictional classical music conductor who presides over a major German orchestra. But, if the rather ominous trailer is anything to go by, her hifalutin life may not be quite as idyllic as it seems.

Tár opens in select theaters Friday, October 7.
10. A CHATSHOW THAT'S A BLAST EVERY SINGLE TIME
The Graham Norton Show
It's no accident that this is the 30th season of The Graham Norton Show. The genial Irishman has a real talent for creating an environment where A-list guests feel comfortable being funny, goofy, and often surprisingly candid. Doctor Who fave David Tennant returns to the show for this season premiere, joined by Jamie Lee Curtis, Eric Idle, Lydia West, and U.K. pop superstar Robbie Williams.

The Graham Norton Show returns Friday, October 7 at 11pm on BBC America.
What are you looking forward to watching and listening to this month?