As we make our way through spring, the weather is getting nicer and acts as a motivator. There are plenty of ways to keep busy with our guide to May's TV, film, and music highlights.
1. A MURDER MYSTERY SERIES WITH A SPARKY LEAD CHARACTER
Planet Earth: Dynasties II
Presented by Sir David Attenborough, season two of Planet Earth: Dynasties tells the stories of four new animal groups: elephant, cheetah, puma, and hyena. Each episode focuses on a protagonist leader and tracks their plight to keep their family safe and establish their own animal "dynasty." Featuring breathtaking visuals and emotive real-life narratives, Planet Earth: Dynasties II also offers a timely reminder that our animal neighbors have to adapt to survive on this rapidly changing planet. 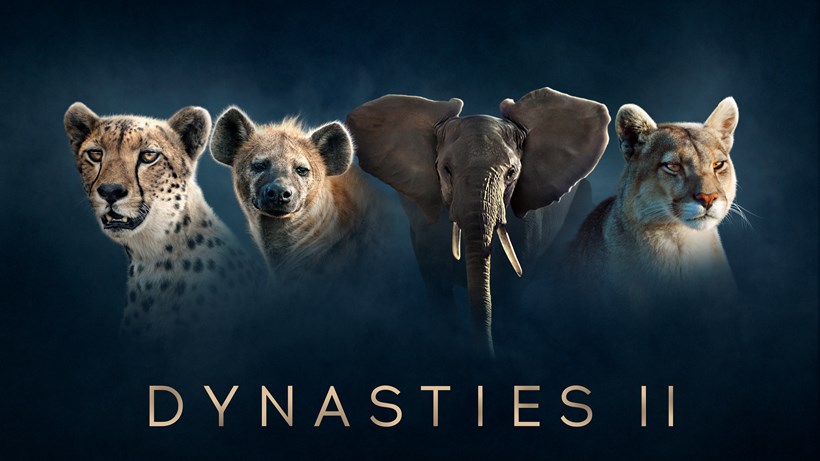 Planet Earth: Dynasties II premieres Sunday, May 21 on BBC America.
2. A BRAND NEW CRIME SERIES WITH A FAMILIAR FACE
Signora Volpe
Silent Witness star Emilia Fox leads this new detective series set in an especially beautiful part of Italy. She plays Sylvia Fox, a disillusioned British spy who relocates to the small town of Panicale to fix up a dilapidated farmhouse, only to find her sleuthing skills are going to prove very useful in the local community. Co-starring Game of Thrones' Tara Fitzgerald and Battlestar Galactica's Jamie Bamber, each 90-minute episode finds Sylvia trying to solve a different gripping mystery.

The first episode of Signora Volpe is available now on Acorn TV, with the next two episodes premiering on May 9 and May 16.
3. A STYLISH SPY THRILLER WITH PLENTY OF TWISTS
The Ipcress File
This six-part thriller isn't just based on Len Deighton's classic novel The Ipcress File, but also on the iconic movie starring Sir Michael Caine. In this cleverly reworked version, Peaky Blinders' Joe Cole plays Harry Palmer, the small-time crook who's offered a shot at redemption by the head of an influential espionage unit (Tom Hollander's Major Dalby). Set in the '60s during the height of the Cold War, The Ipcress File combines stunning period details with intricate and surprising storytelling. 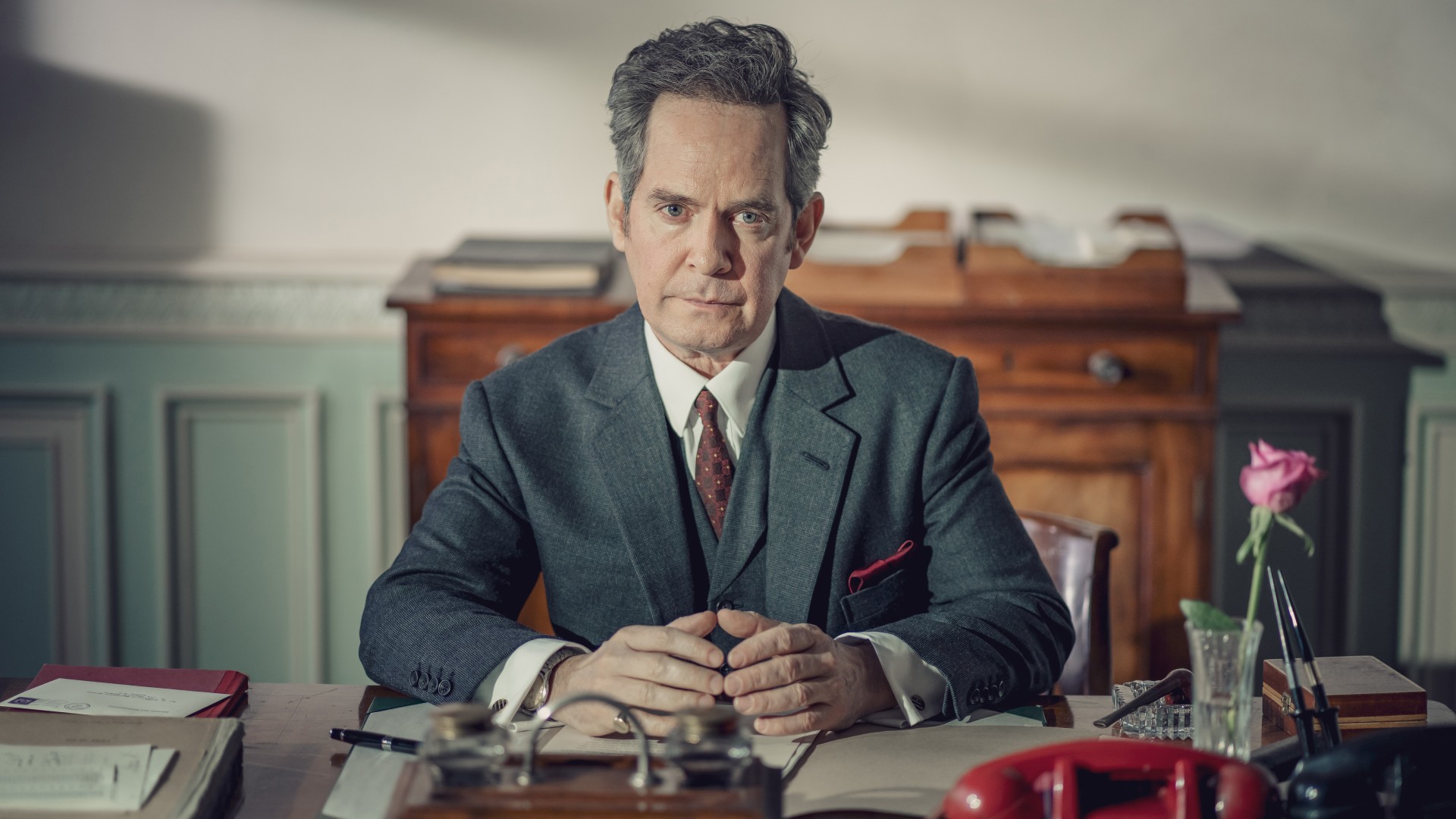 The Ipcress File begins Thursday, May 19 on AMC+.
4. A HORROR FILM THAT LOOKS GENUINELY ORIGINAL
Men
Rising star Jessie Buckley and Bond alum Rory Kinnear lead this intriguing horror flick from Ex Machina director Alex Garland. Buckley plays Harper Marlowe, a woman who books a restorative trip to the English countryside following the death of her husband (Paapa Essiedu). However, the owner of her holiday house, Kinnear's Geoffrey, turns out to be kind of creepy... and to have several doppelgängers in the local village.

Men opens in select theaters Friday, May 20.
5. A BRITISH COMEDY SERIES FILLED WITH A-LIST CAMEOS
Ten Percent
Based on the cult French series Call My Agent!, Ten Percent puts a distinctly British spin on the world of talent reps. As cast member Maggie Steed told us in an exclusive interview, it "has a lot of heart" and "truly represents the way [agents] are: crazy, ruthless, loving, and full of heart." So, come for the game guest appearances from David Harewood, Emma Corrin, and Dominic West, who all play fictionalized versions of themselves, then stay for the charming character development and off-the-wall storylines.

New episodes of Ten Percent premiere Fridays on Sundance Now and AMC+, then air Sundays on BBC America.
6. A HORROR MOVIE TO MAKE YOU JUMP
The Twin
This psychological horror movie serves as a kind of mini-reunion for A Discovery of Witches faves Teresa Palmer and Steven Cree. Here, they play a grieving couple who move from the U.S. to Finland following the tragic death of their young son. Sadly, the couple's fresh start is interrupted when their other son claims his deceased sibling is contacting him from beyond the grave. Premiering this week on the Shudder streaming service, this nerve-shredding movie probably isn't one to watch all by yourself.

7. A CRIME DRAMA SERIES THAT'S ANYTHING BUT COOKIE-CUTTER
The Truth Will Out
This acclaimed Swedish crime series follows detective Peter Wendel (Robert Gustafsson) as he assembles an elite team of investigators to crack seemingly impossible cold cases. Season two begins with the sudden death of a police colleague, which triggers a chain of events revealing a top-ranking officer is living a double life with unimaginably grim consequences. It premieres in full on the third Monday of the month, so it's perfect for a dark and addicting evening binge-watch.

Season two of the The Truth Will Out premieres Monday, May 16 on Acorn TV.
8. A COMIC BOOK MOVIE WITH A LOT OF CUMBERBATCH
Doctor Strange in the Multiverse of Madness
We've seen Benedict Cumberbatch's Dr. Stephen Strange relatively recently: in December's box office-reviving superhero movie Spider-Man: No Way Home. But, kind of surprisingly, this second solo outing arrives more than five years after the first. With Chiwetel Ejiofor, Elizabeth Olsen and Rachel McAdams in key supporting roles, reviews suggest it's a glossy and rollicking blockbuster that lives up to the "madness" in its title: it even features an appearance from Sir Patrick Stewart's X-Men character Professor X.

Doctor Strange in the Multiverse of Madness opens in theaters Friday, May 6.
9. A POP-SOUL ALBUM FROM A CLASS ACT
Emeli Sandé: Let's Say for Instance
Scottish singer-songwriter Emeli Sandé makes soulful pop music that's rich in emotion; you may remember her supremely rousing 2012 hit "Next to Me." This fourth album sees Sandé expand her sound with elements of classical, disco, and U.K. garage music, but without sacrificing her flair for melody and emotional intimacy. For a taster, check out the lovely, '80s-inflected single "There Isn't Much," on which her soaring voice sounds as glorious as ever.

Let's Say for Instance is released Friday, May 6 on Chrysalis Records.
10. A CATCH-UP WITH A CLASSIC COSTUME DRAMA
Downton Abbey: A New Era
The first Downton Abbey spin-off film really cleaned up at the box office in 2019, so this sequel feels as inevitable as it is welcome. We know it features a wedding, a funeral, a trip to the south of France, and new characters played by Dominic West and Laura Haddock. It's safe to presume, too, that Jim Carter's Mr. Carson will remain a stickler for tradition and Dame Maggie Smith's Dowager Countess will continue to deliver the wittiest zingers while bickering with Lady Merton (Dame Penelope Wilton).

Downton Abbey: A New Era opens in theaters Friday, May 20.
What are you looking forward to watching and listening to this month?

WATCH: Saoirse Ronan and Sam Rockwell Team Up for ‘See How They Run’

Barbara Broccoli Says Bond Is Being 'Reinvented' for the Next Movie