We're officially heading into summer (June 21). But don't worry if the weather where you are isn't nice enough for a barbecue. There are plenty of ways to keep "June gloom" at bay with our guide to the month's TV, film, and music highlights.
1. A POWERFUL CONCLUSION TO A TOP-NOTCH DRAMA
The Split
The third and final season of this legal drama created by Abi Morgan (The Hour, The Iron Lady) gets very, very emotional. Once again, it follows the personal and professional lives of the Defoes, a family of divorce lawyers who don't always see eye-to-eye. This time around, Hannah (Nicola Walker) has to deal with the cruel irony of being a divorce lawyer who is in the midst of her own painful separation from husband Nathan (Stephen Mangan). You'll almost certainly need tissues.

The Split debuts with a two-episode premiere on Thursday, June 23 on both Sundance Now and AMC+. It then makes its linear debut on Monday, June 27 at 11pm EST on BBC America.
3. A BRIT DRAMA RIPE FOR A BINGE-WATCH
London Kills
This gripping police procedural centers on an elite murder investigation squad operating in London. Season three begins with the fatal stabbing of a young man whose killer seemingly had access to confidential police intel. DS Vivienne Cole (Sharon Small) turns to her high-ranking ex-husband for help, but his plan to go undercover backfires when he too gets killed. One thing's for sure: it's going to be super-tricky for Cole and her co-workers to find out what's going on.

Season three of London Kills is available now on Acorn TV.
4. A NEW COP DRAMA THAT'S ANYTHING BUT COOKIE-CUTTER
Dark Winds
Based on Tony Hillerman's Leaphorn & Chee book series, this psychological thriller series centers on two Navajo police officers working in the early 1970s. Zahn McClarnon plays Lieutenant Joe Leaphorn, whose remote outpost is hit by a spate of random and seemingly unrelated crimes. After being joined by new deputy Jim Chee (Kiowa Gordon), the two men have to battle their own personal demons as they inch closer to the truth.

Dark Winds premieres Sunday, June 12 at 9pm EST on AMC with a new episode weekly. The first two episodes premiere Sunday, June 12 on AMC+ with a new episode weekly.
5. A MUSIC BIOPIC THAT LOOKS TRULY EPIC
Elvis
Famously, Elvis Presley became known as "The King of Rock and Roll," so any movie about his life can't be small-scale. Luckily, with Baz Luhrmann (Moulin Rouge!, The Great Gatsby) directing, there's no chance of that. Austin Butler plays the hip-shaking singer as he becomes a global phenomenon, flanked by Tom Hanks as his highly controversial manager Colonel Tom Parker. Is this the first time Hanks will portray a truly unlikable character? Only time will tell...

Elvis opens in theaters Friday, June 24.
6. A DIFFERENT SIDE TO AN OSCAR-NOMINATED ACTRESS
Jessie Buckley & Bernard Butler: For All Our Days That Tear the Heart
Fans of Jessie Buckley already know she can really sing: she showed off her powerful voice in the 2018 indie movie Wild Rose and the recent West End revival of Cabaret. But, until now, she's never recorded her own original material. For All Our Days That Tear the Heart sees her team with Bernard Butler, guitarist in British band Suede, for a collection of folk songs inspired by their shared love for Buckley's Irish hometown, Killarney. It promises to be a pretty beautiful listen.

For All Our Days That Tear the Heart is released Friday, June 10 via EMI.
7. A TRAVEL SHOW HOSTED BY AN ANGLO FAVE
Martin Clunes: Islands of the Pacific
In real life, Martin Clunes isn't like his irascible character in Doc Martin. As you'll see in this two-part travel doc, he's an enthusiastic, likable, and inquisitive kind of guy: in other words, an ideal tour guide. Islands of the Pacific follows him on a rather personal trip to French Polynesia inspired by a book his father read him as a kid: Erik Hesselberg's Kon-Tiki and I. It's a gentle and illuminating watch featuring some absolutely beautiful scenery. 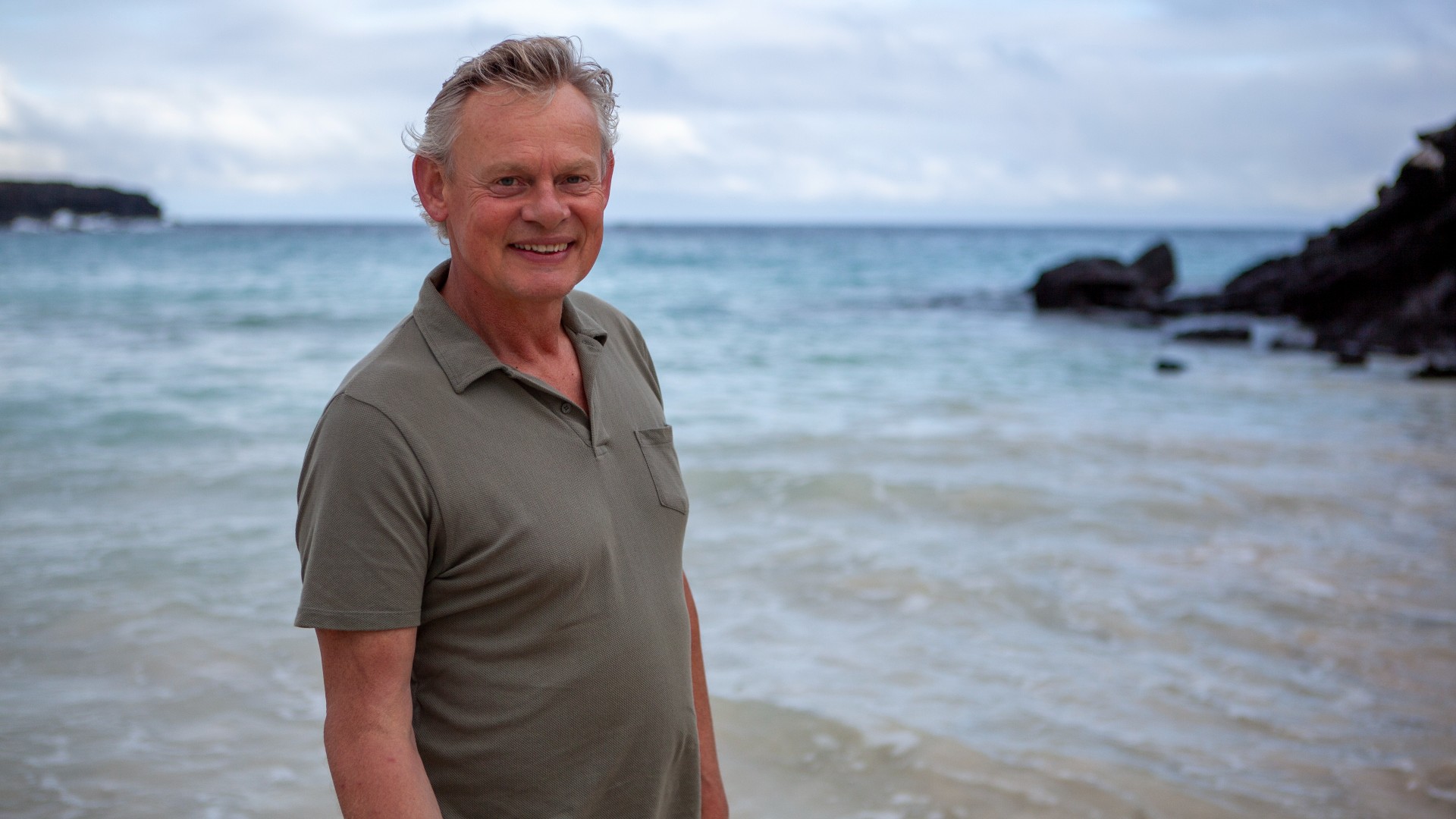 Martin Clunes: Islands of the Pacific premieres Monday, June 27 on Acorn TV.
7. A VERY DIFFERENT TAKE ON PETER PAN
The Lost Girls
Based on a Peter Pan-inspired novel by Laurie Fox, this film aims to put a female spin on J.M. Barrie's famous children's story. Set in the present day, it follows four generations of Darling women – including the original Wendy Darling, played by Dame Vanessa Redgrave – as they grapple with the ageless boy's impact on their lives. It's an intriguing-sounding film with a strong cast that includes Into the Badlands' Ella-Rae Smith and Redgrave's real-life daughter Joely Richardson.

The Lost Girls opens in select theaters Friday, June 17.
8. A CRIME SERIES THAT'S AS GOOD AS IT LOOKS
Hidden
Welsh crime series Hidden really utilizes the beautiful North Wales scenery: yes, it's picturesque, but it can also be kind of menacing. This third season follows DCI Cadi John (Sian Reese-Williams) and DS Owen Vaughan (Siôn Alun Davies) as they investigate the brutal murder of a man in the local valley. It's a tough case made even more challenging by the fact DCI Jon is wrestling with the idea of taking a new job in Liverpool. Expect to be kept guessing until the end. 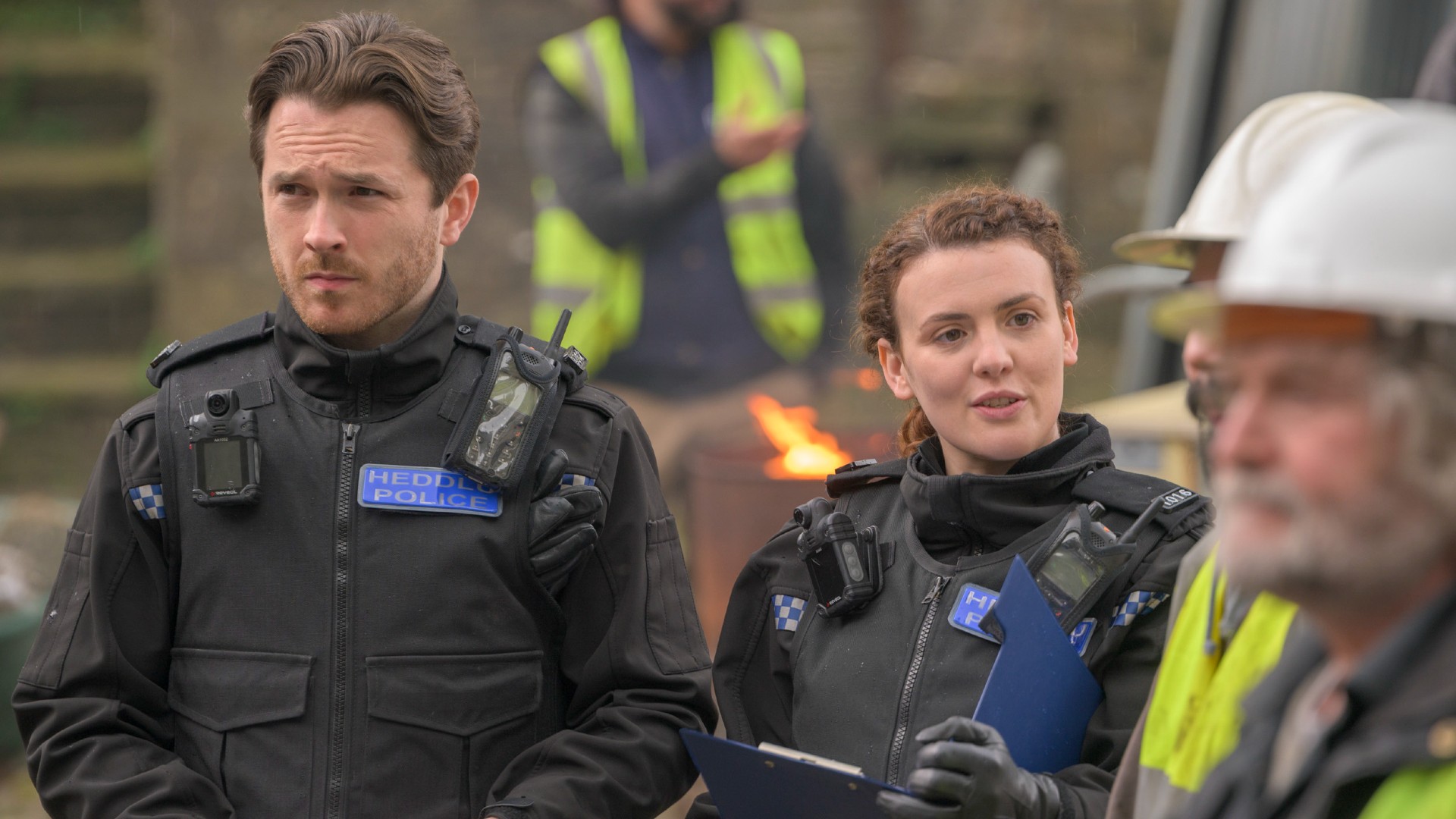 Season three of Hidden launches Monday, June 20 on Acorn TV.
9. A TRIBUTE ALBUM THAT'S A CUT ABOVE
Neneh Cherry: The Versions
Swedish musician Neneh Cherry made some of the most distinctive pop music of the late 1980s and early 1990s. This tribute album sees an all-female roll-call of contemporary artists – including Sia, Robyn, and singer-cellist Kelsey Lu – deliver their own reimaginings of classic Cherry songs including her big U.S. hits "Buffalo Stance" and "Kisses on the Wind." It's a consistently interesting listen that should remind you of Cherry's fabulous talent.

The Versions is released Friday, June 10 via EMI.
10. A MEDICAL SERIES THAT REALLY STINGS
This Is Going to Hurt
Ben Whishaw leads this comedy-drama series about life as a junior doctor in an NHS OB-GYN ward. Adapted by Adam Kay from his bestselling memoir of the same name, it offers a no-holds-barred account of the highs, lows, and absurdities of working in such an unrelentingly intense environment. You'll laugh, gasp, cry, and enjoy clever subplots featuring Whishaw's co-stars Ambika Rod, Alex Jennings, and Dame Harriet Walter.

New episodes of This Is Going to Hurt premiere Thursdays on AMC+.
What are you looking forward to watching and listening to this month?