Welcome to the latest Pop Culture Pulse, Anglophenia's roundup of the top pop culture happenings of the month. Many of us will still be social distancing through August, at least for some of the time, so here are ten excellent ways to keep yourself entertained. 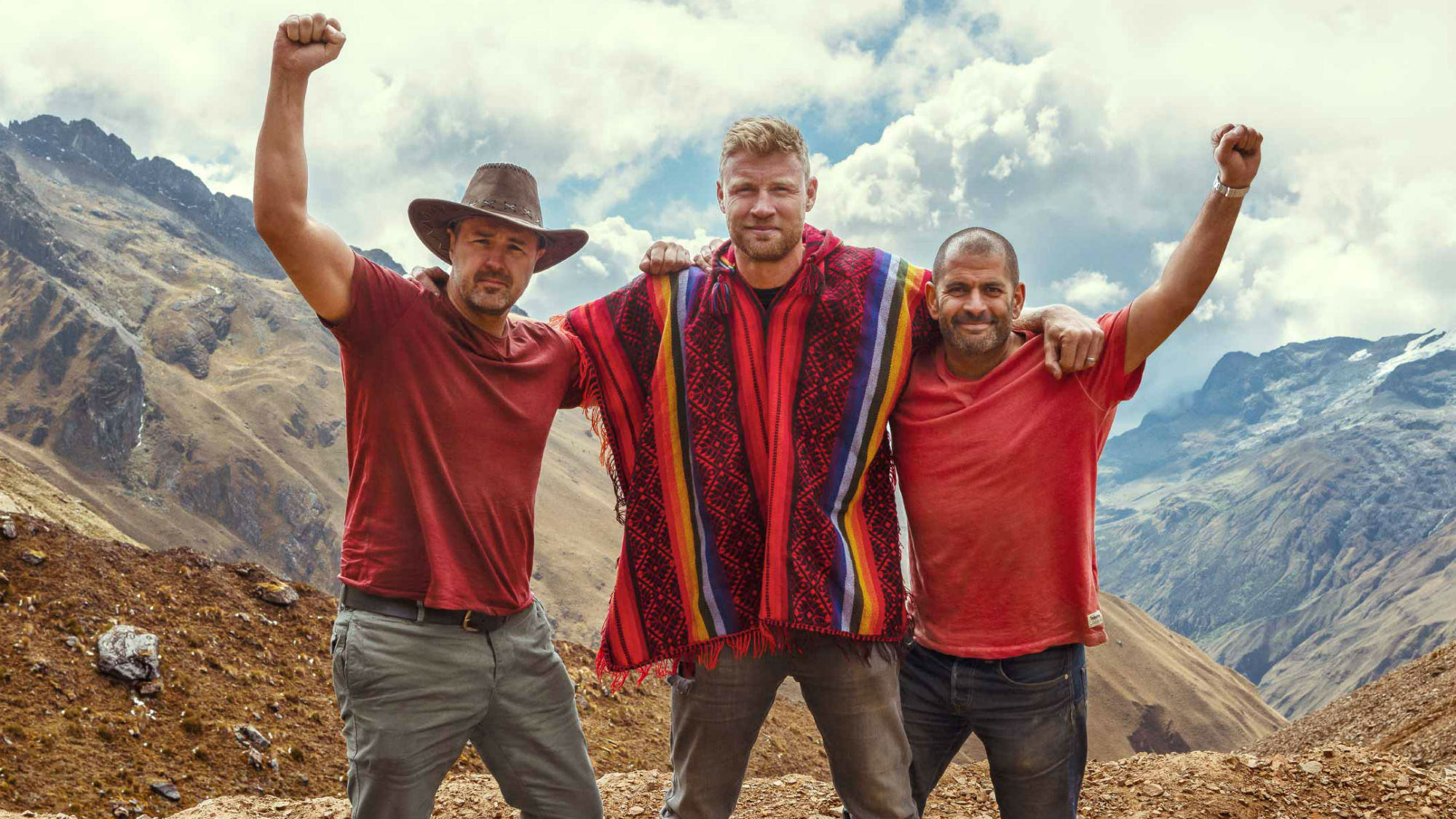 It's back! Speed demons Paddy McGuinness, Freddie Flintoff, and Chris Harris are back behind the wheel for a new, globe-trotting season of Top Gear. It roars off with the Top Gear Nepal Special, which follows the trio on a high-altitude journey from Kathmandu to the Forbidden City of Lo Manthang, before subsequent episodes feature everything from a bungee-jumping car to an epic race between a fighter jet and the latest McLaren hypercar. Just make sure you're safely strapped in – i.e. sitting comfortably – before you tune in.

2. DICKENS AS YOU'VE NEVER SEEN IT BEFORE 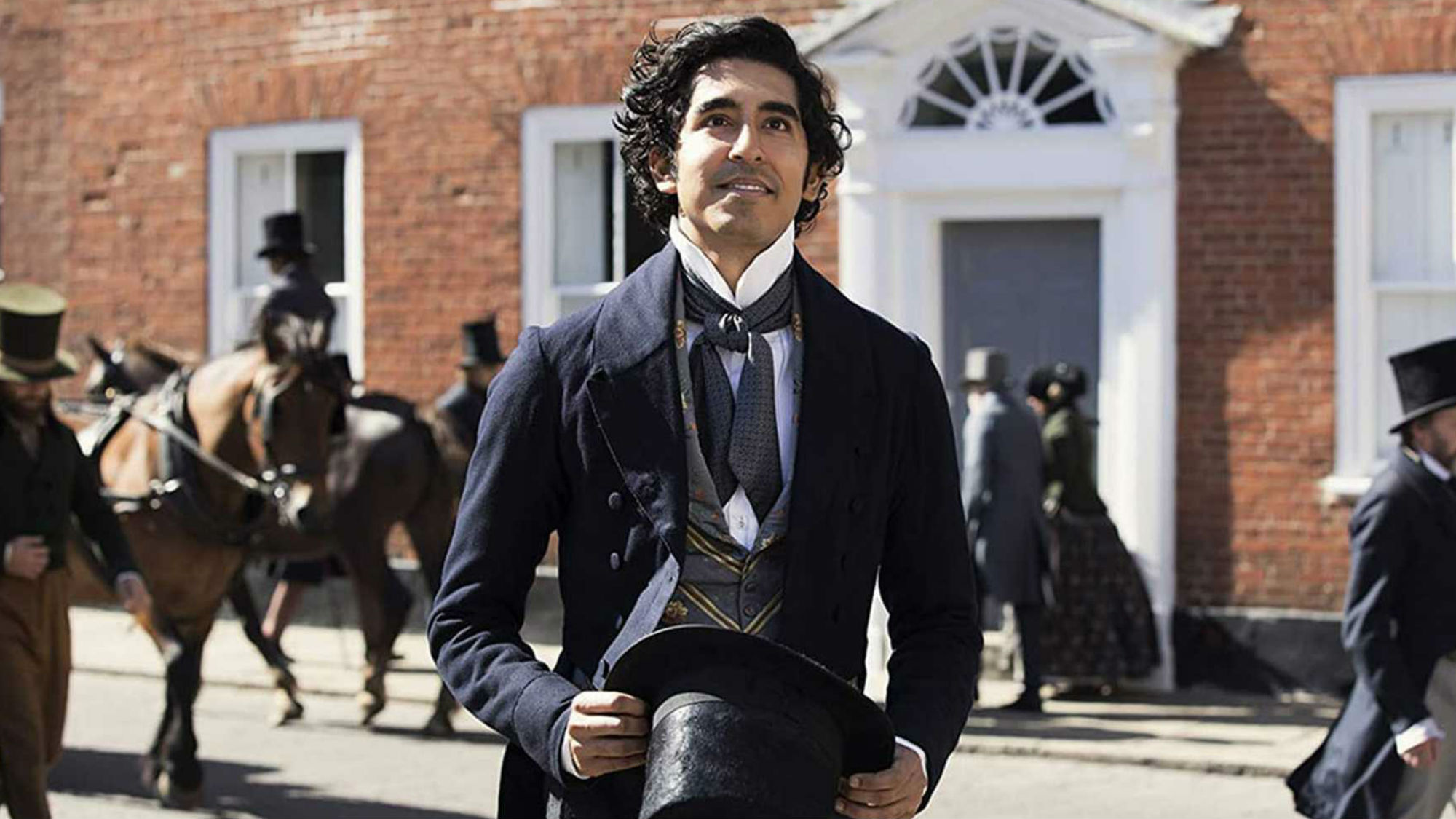 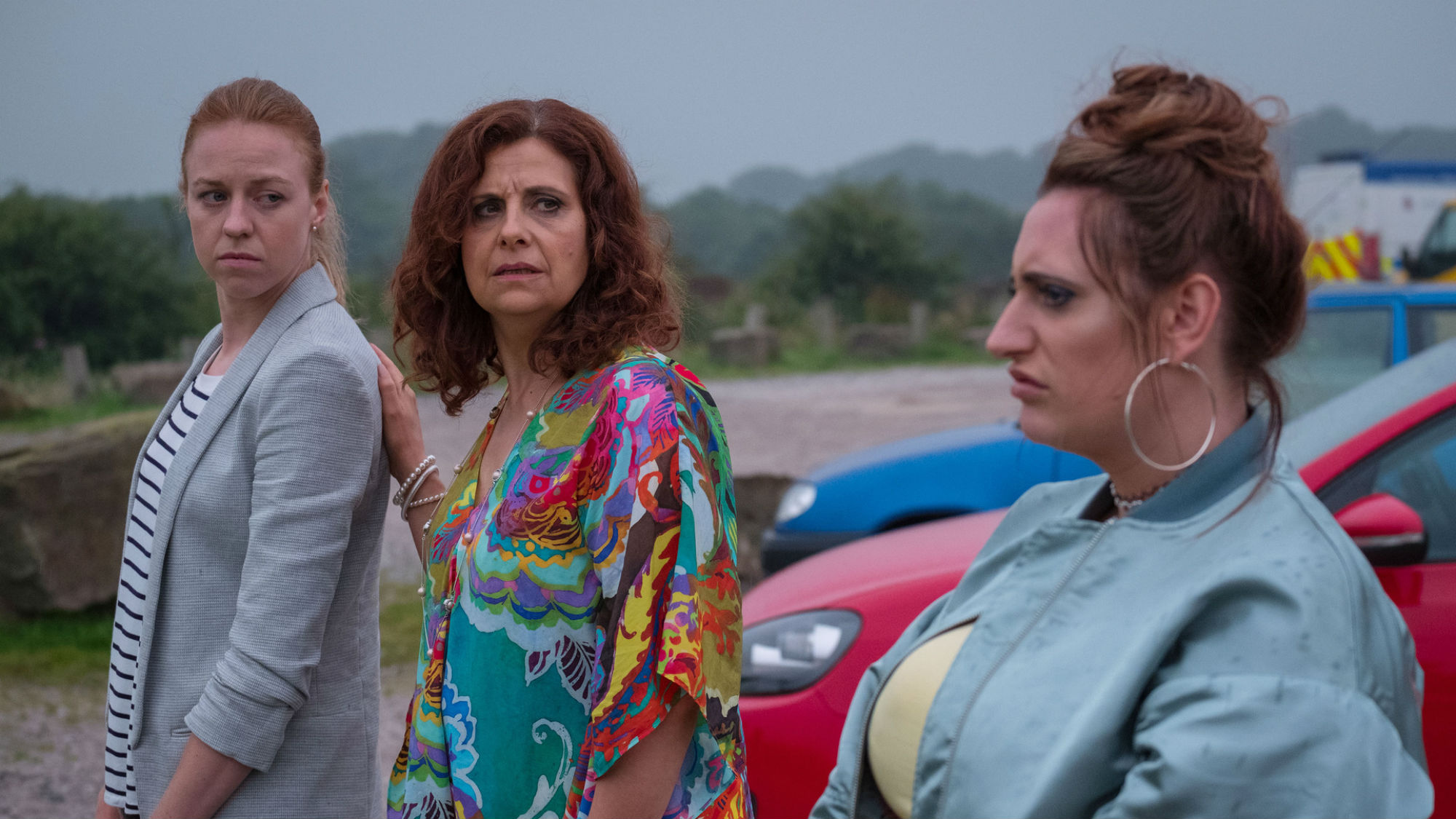 This brand new British sitcom has a pretty novel premise: Lauren Socha (Misfits) and Ellie White (The Windsors) play two young women from different sides of the tracks who discover that they're half-sisters; their late father lived a secretive double life flitting between two unsuspecting families. It might sound dark to the point of nightmarish, but creators Holly Walsh and Pippa Brown ensure The Other One has plenty of warmth and relatability as the two women and their mothers (The Thick of It's Rebecca Front and Downton Abbey's Siobhan Finneran) slowly adjust to one another. All seven episodes premiere at once, so if you fancy a funny binge-watch, bookmark it now.

The Other One premieres in full August 10 on Acorn TV. 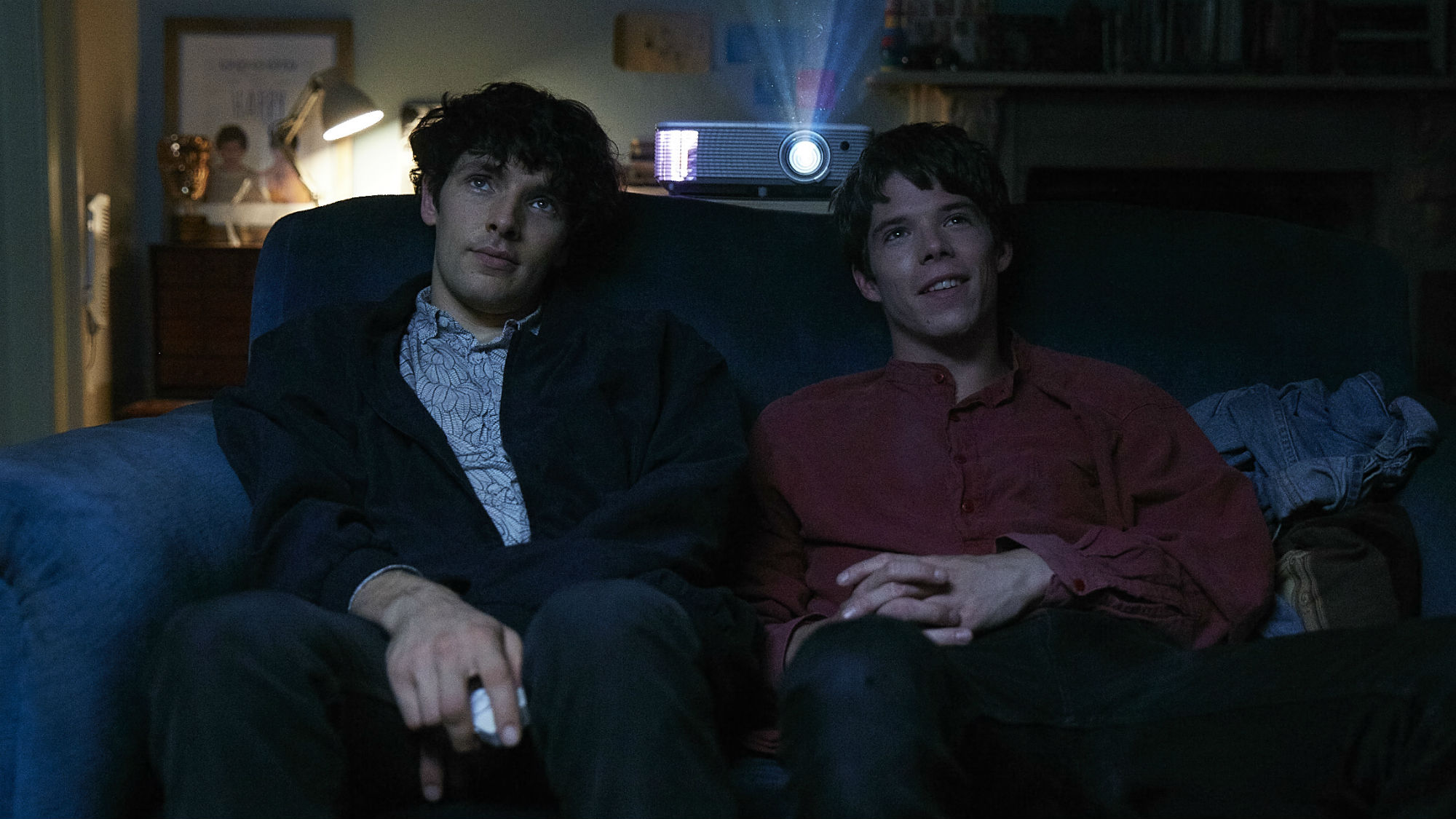 Merlin and Doctor Who alum Colin Morgan stars in this offbeat British rom-com from writer-director Simon Amstell (Grandma's House). He plays a talented but socially awkward filmmaker – a character clearly based on Amstell himself – who falls for a charismatic and far more laid-back French indie musician (Phénix Brossard) he meets at a party. Expect to laugh, cringe, and be charmed by a fine cast that also includes Anna Chancellor, Game of Thrones' Joel Fry, and Call the Midwife's Jessica Raine.

Benjamin is available on VOD and DVD from August 25.

5. A DOCTOR WHO FAVE GETS CHATTY 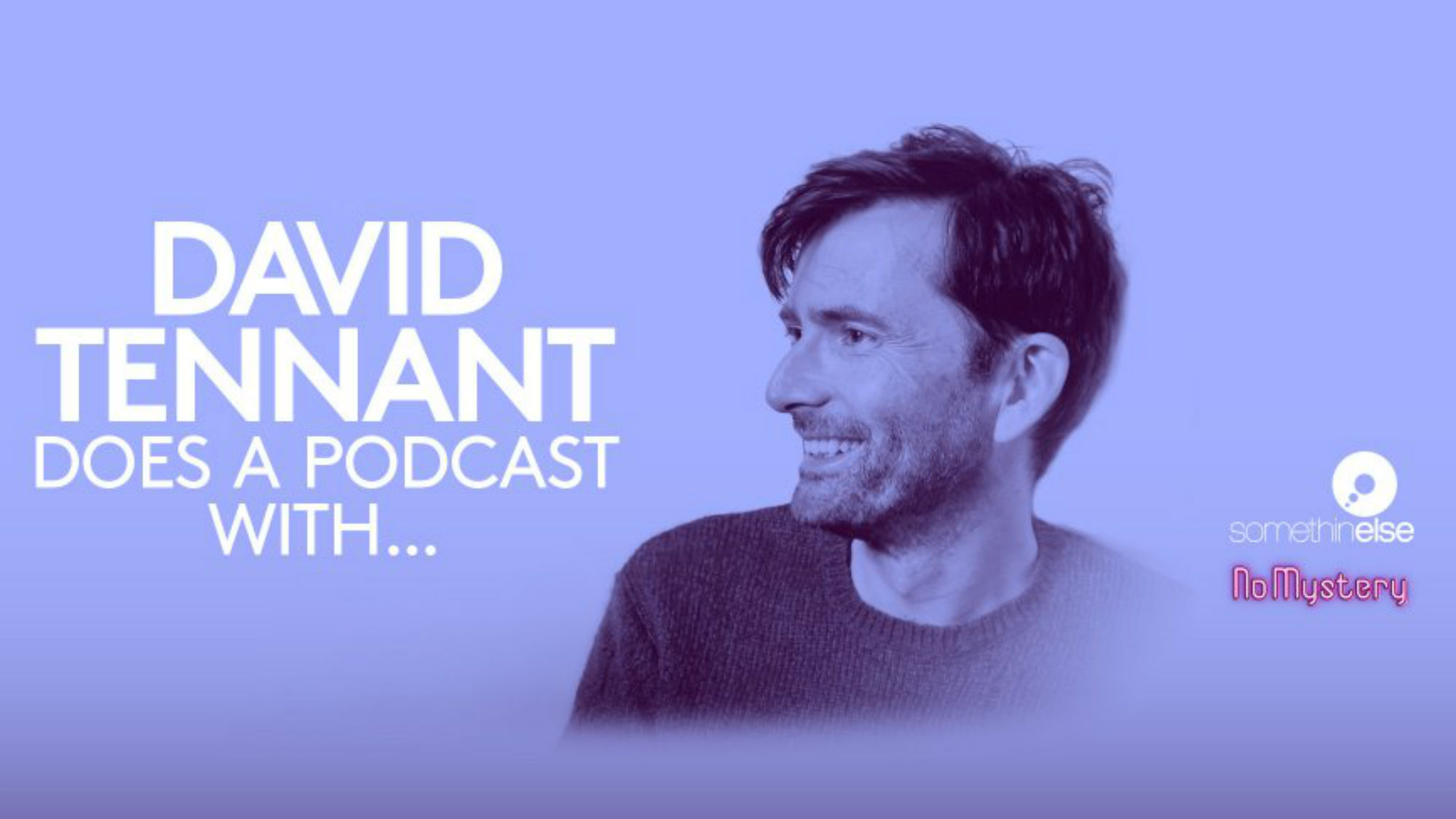 David Tennant Does a Podcast with...[/caption]

After last year's acclaimed debut run, David Tennant is bringing back his consistently entertaining and often hilarious podcast for a second season. Once again, each episode will record him having a relaxed chat with a different celebrity guest from his address book, and this time around that includes fellow thesps Elisabeth Moss, Dan Levy, Cush Jumbo, Brian Cox, and George Takei. But the new season will kick off with Tennant interviewing the one and only Dame Judi Dench – wonder if he'll he be brave enough to ask about the Cats movie? We can only hope.

6. A ROAD TRIP THROUGH THE AUSTRALIAN OUTBACK 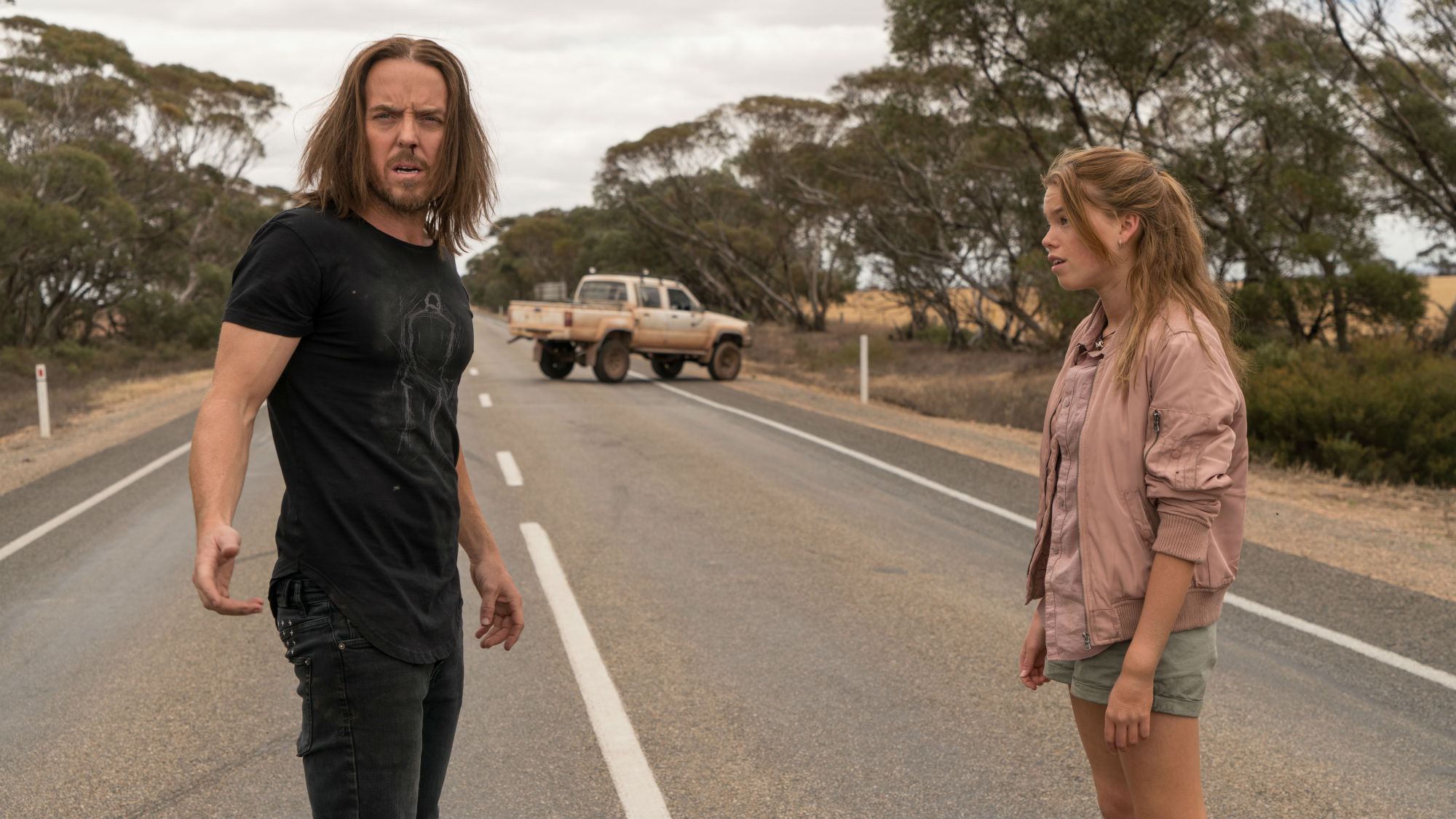 This Australian comedy-drama series follows a fortysomething musician named Lucky Flynn (Tim Minchin) as he travels across the outback to be with his dying mother in Perth. He's accompanied not just by Meg (Milly Alcock), a gobby teenage rebel he collides with along the way, but also by an upright piano which gives the show its title. Expect poignant personal revelations, stunning outback scenery, and a few lovely original songs written and performed by Minchin, Tony Award-winning composer of Matilda the Musical.

Upright premieres with a double-bill August 6 on Sundance Now.

7. A HORROR FLICK WHICH PACKS A POLITICAL PUNCH 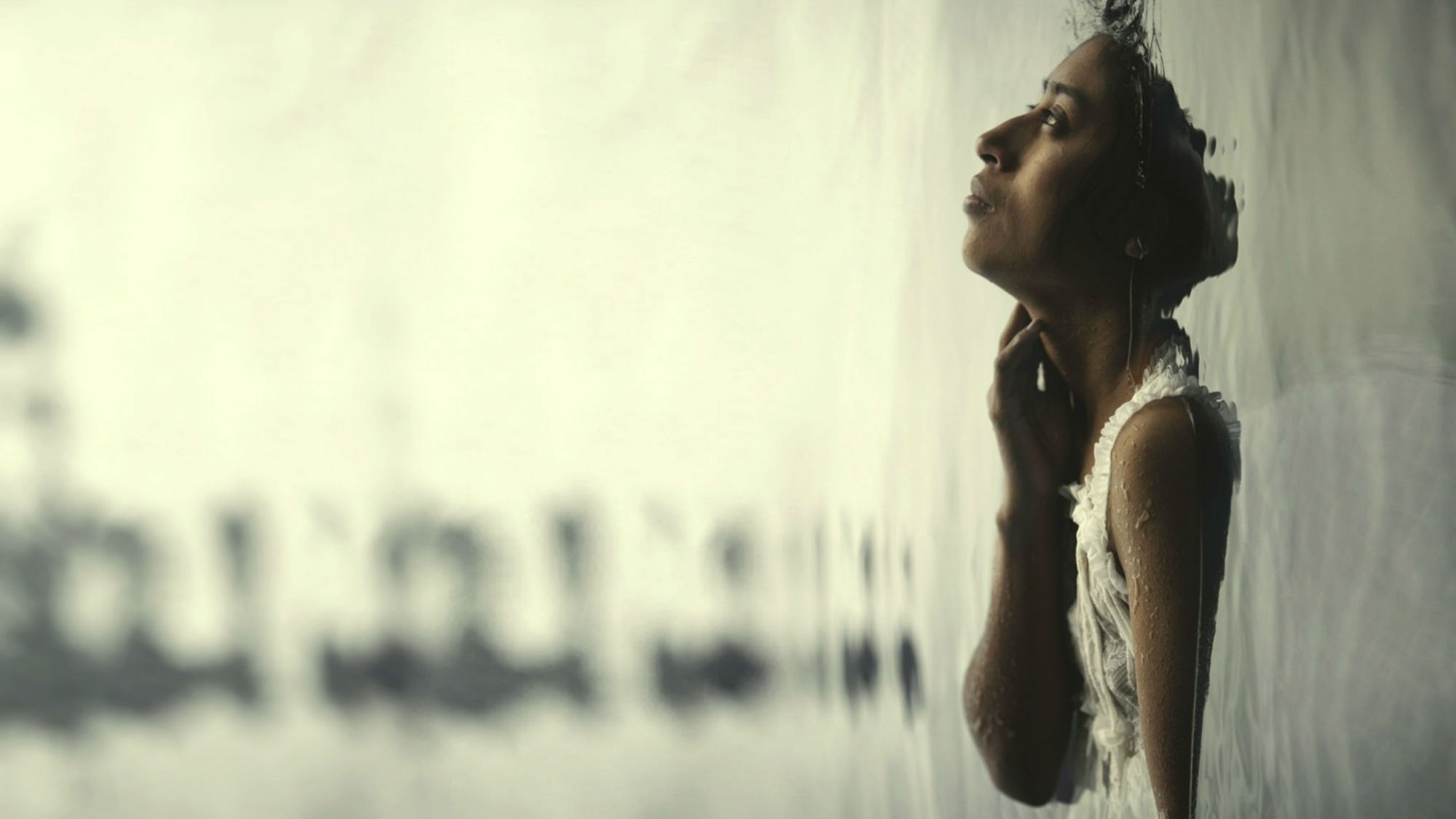 This Guatemalan horror film from rising star director Jayro Bustamante puts a very contemporary spin on the Latin American legend of "La Llorona," or "the weeping woman." Instead of centering on the specter of a woman who drowned her own children, as is traditional, it revolves around a senile former President (Julio Diaz) who finds himself haunted – in more ways than one, perhaps – by his guilty conscience as he stands trial for genocide. Reviews from the festival circuit suggest Bustamante has crafted a compelling mix of family drama and supernatural genre elements. 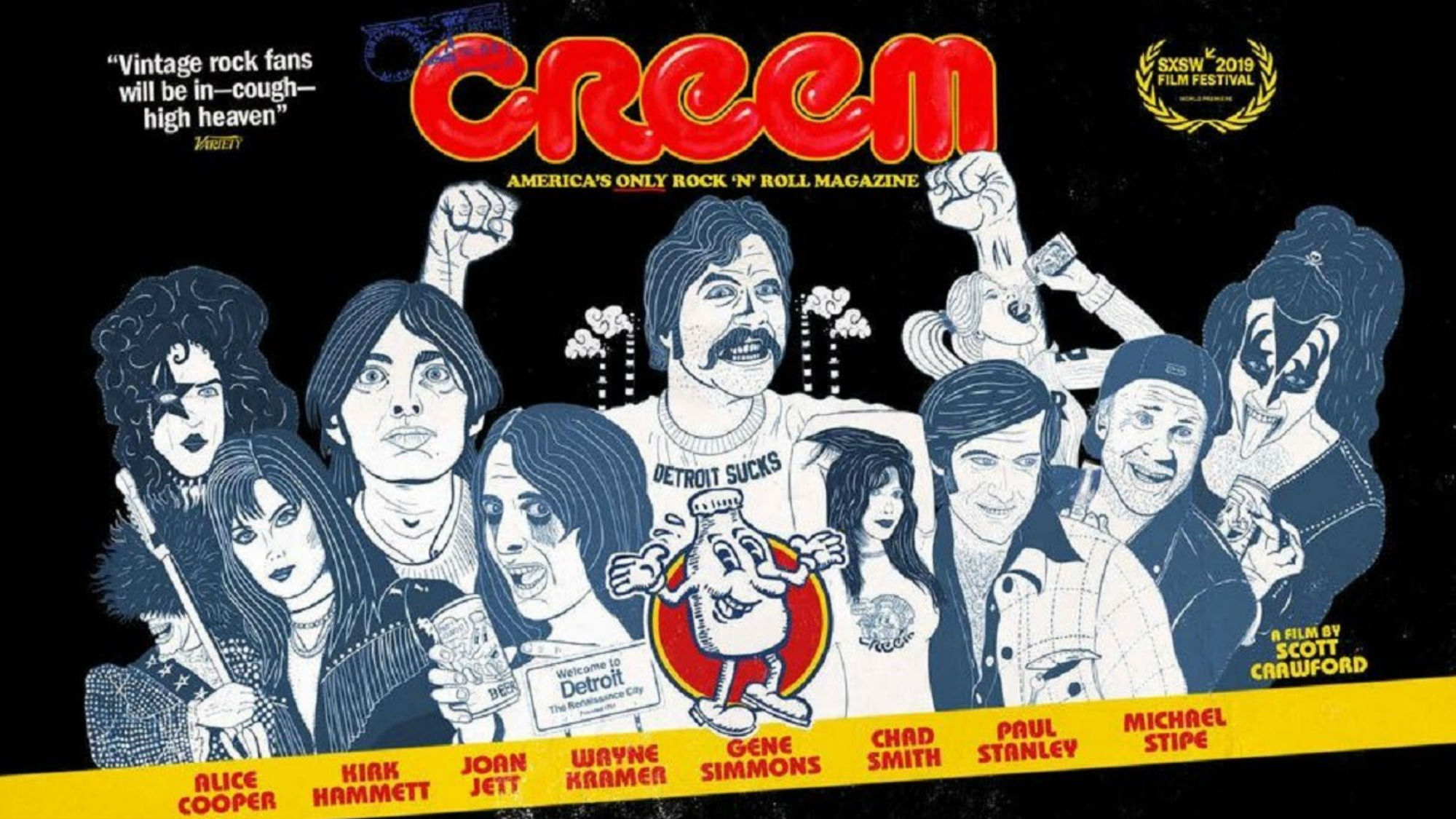 This rollicking documentary film tells the story of Creem magazine, the punky publication which provided a more irreverent alternative to Rolling Stone in the '70s and '80s. Lester Bangs, its most famous staffer, was portrayed by Philip Seymour Hoffman in Cameron Crowe's cult movie Almost Famous. Featuring talking head contributions from key Creem personnel and stars featured in the magazine including Alice Cooper, Michael Stipe, and Joan Jett, this should be a real treat for vintage rock fans.

Creem: America's Only Rock 'n' Roll Magazine is released in select theaters and on VOD August 7. 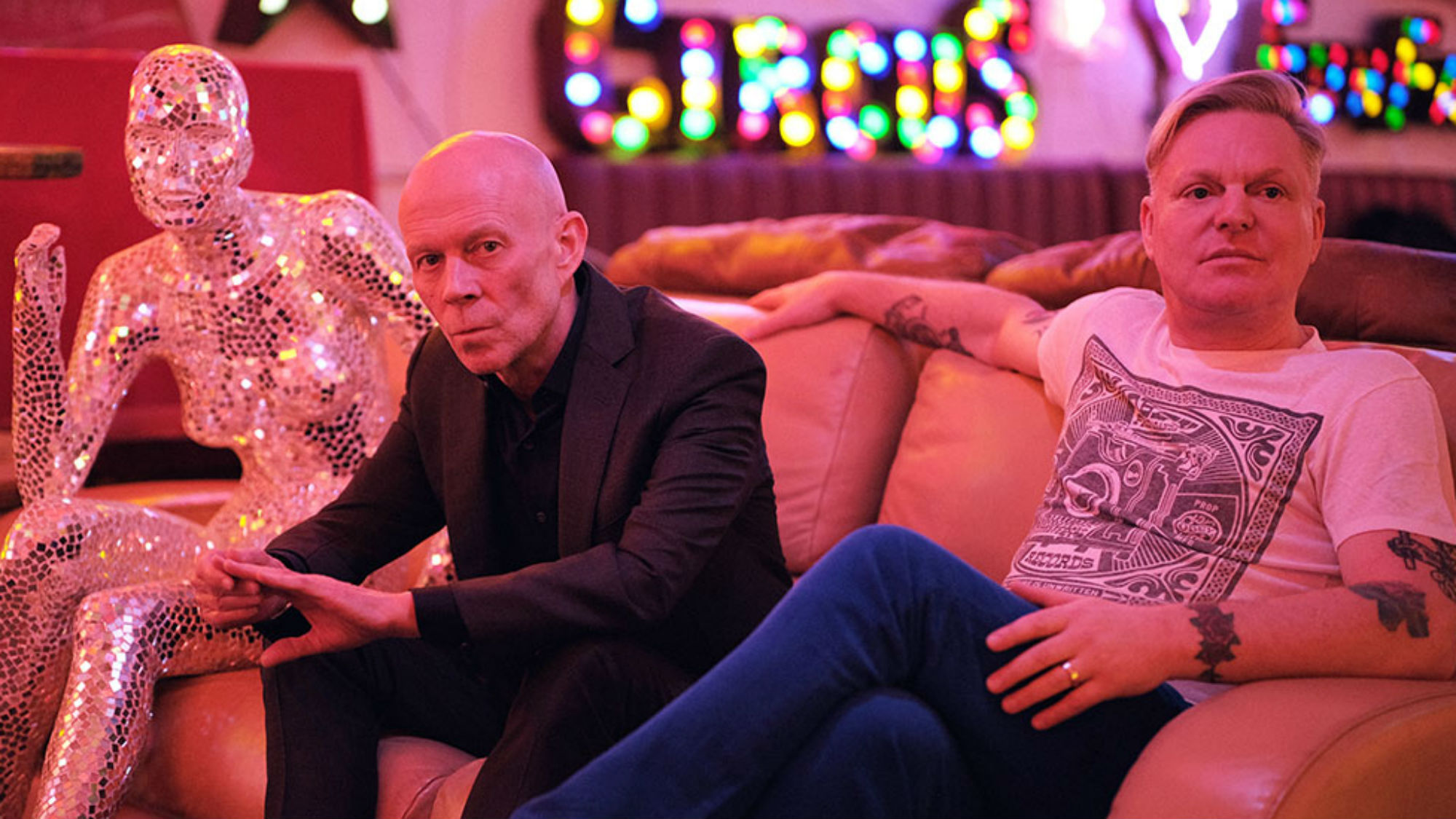 British synth-pop duo Erasure – singer Andy Bell and keyboardist Vince Clarke – have been consistently prolific since they scored big Billboard Hot 100 hits in the late '80s with "Chains of Love" and "A Little Respect." In fact, The Neon is their 18th studio album overall and fifth to drop during the last decade. If fizzy lead single "Hey Now (I Think I Got A Feeling)" is anything to go on, they haven't lost their knack for crafting a fabulously dramatic pop anthem, either.

10. AND FINALLY, A FRESH SPIN ON AN OLD CLASSIC 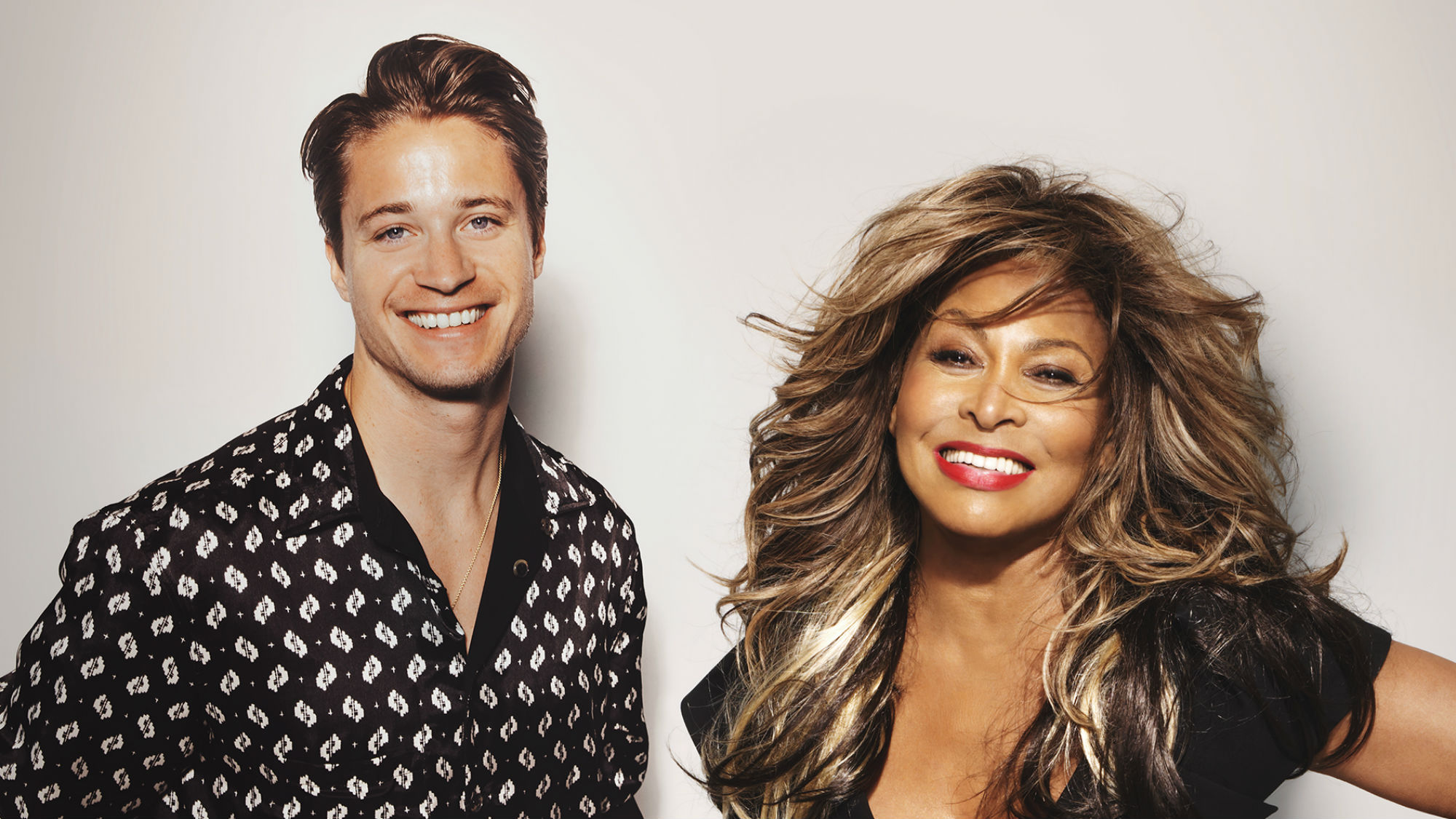 Kygo and Tina Turner: "What's Love Got to Do with It"[/caption]

Originally released in 1984, "What's Love Got to Do with It" cemented Tina Turner's remarkable comeback when it rose to Number One on the Billboard Hot 100. This brand new remix by Norwegian DJ-producer Kygo – created in collaboration with Turner herself - reworks the R&B-flavored original into a tropical house tune that's the perfect soundtrack for sipping cocktails in the sun. It's already cracked the U.K. Top 40; expect it to do the same stateside in the coming weeks.

"What's Love Got to Do with It" by Kygo and Tina Turner is out now.