Welcome to the latest Pop Culture Pulse, Anglophenia's roundup of the top pop culture happenings of the month. One director in particular is hoping folks will feel comfortable returning to move theaters in September, but if you're not ready yet, there are plenty of other ways to keep yourself entertained at home. 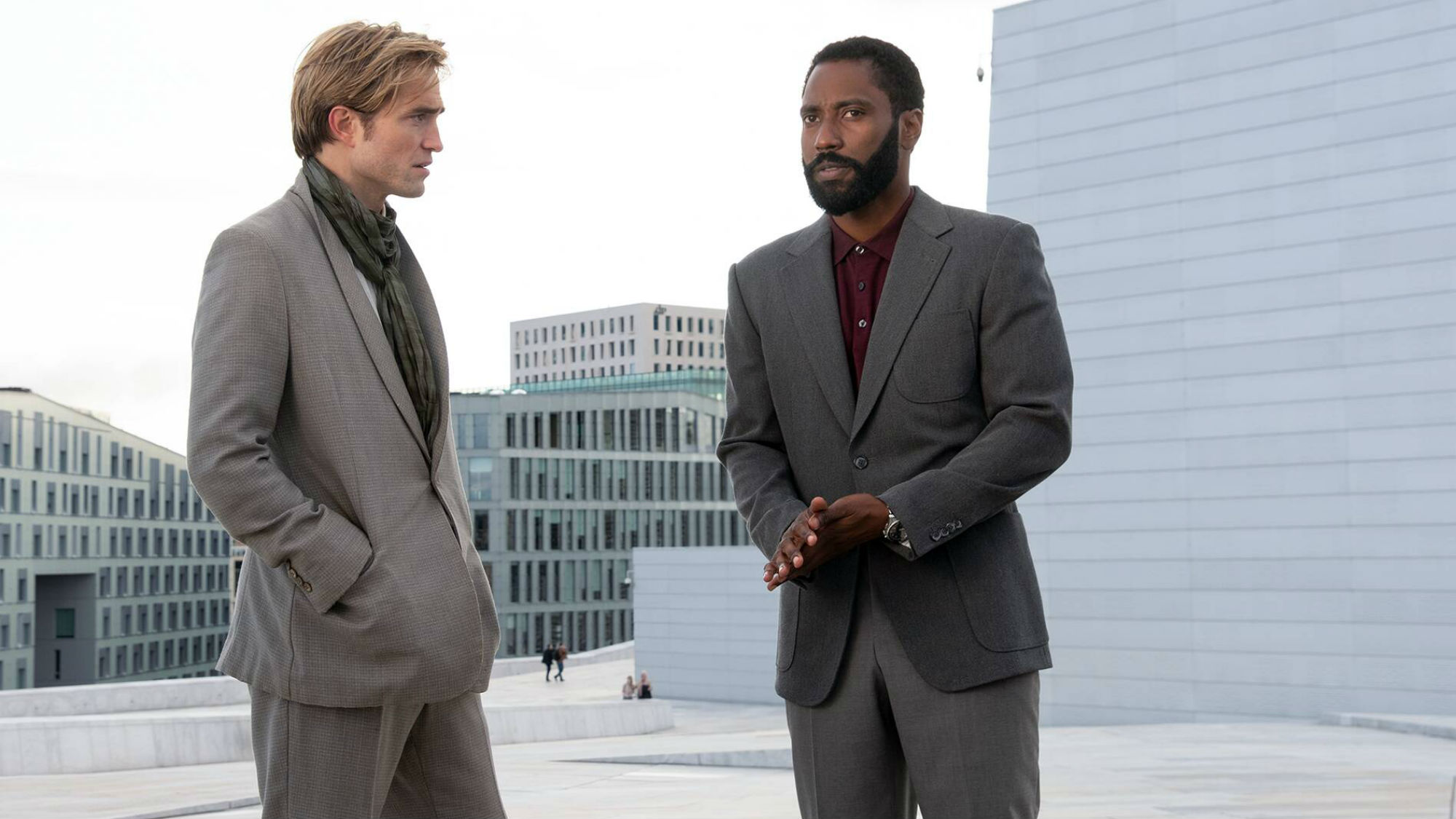 Because it's the first proper blockbuster to open since Covid-19 (making theater trips something of a calculated risk), there's a lot riding on Tenet. It's not just visionary director Christopher Nolan's most expensive non-Batman movie, but also his most head-spinning effort since 2010's brilliant and bewildering Inception. Here, John David Washington and Robert Pattinson play agents recruited by the mysterious Tenet organization to stop a Russian oligarch (Sir Kenneth Branagh) from helping the future to attack the present. Sir Michael Caine has called it "the best action film ever" – but in the interest of transparency, we should point out that he does, well, have a role in the movie.

2. A PSYCHOLOGICAL THRILLER SERIES TO KEEP YOU GUESSING 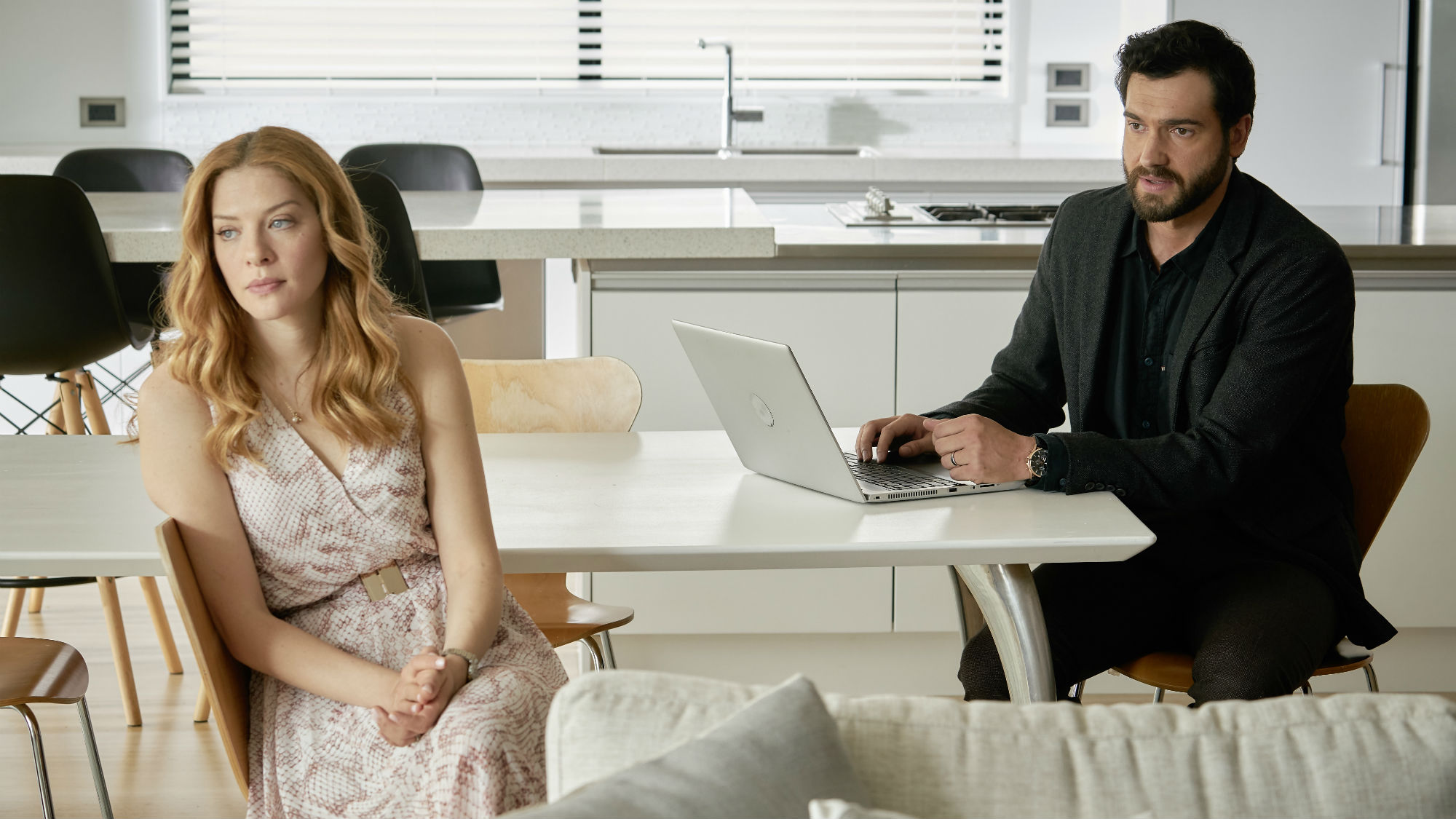 Rachelle Lefevre (Under the Dome) and Matt Whelan (Narcos) star in this Acorn TV original series set in New Zealand's stunning Marlborough Sounds. They play Maggie and Tom, a happily married Canadian couple who move to a quiet harbor-side town on New Zealand's South Island for a more relaxed way of life. However, their plan goes awry when Tom goes missing during a kayaking trip, leading Maggie to uncover shocking secrets about the sleepy-seeming community they've moved to. The first two episodes (of eight) launch simultaneously, so don't be surprised if you're reeled in from the start.

3. AN ENSEMBLE COMEDY WITH A LOT OF HEART 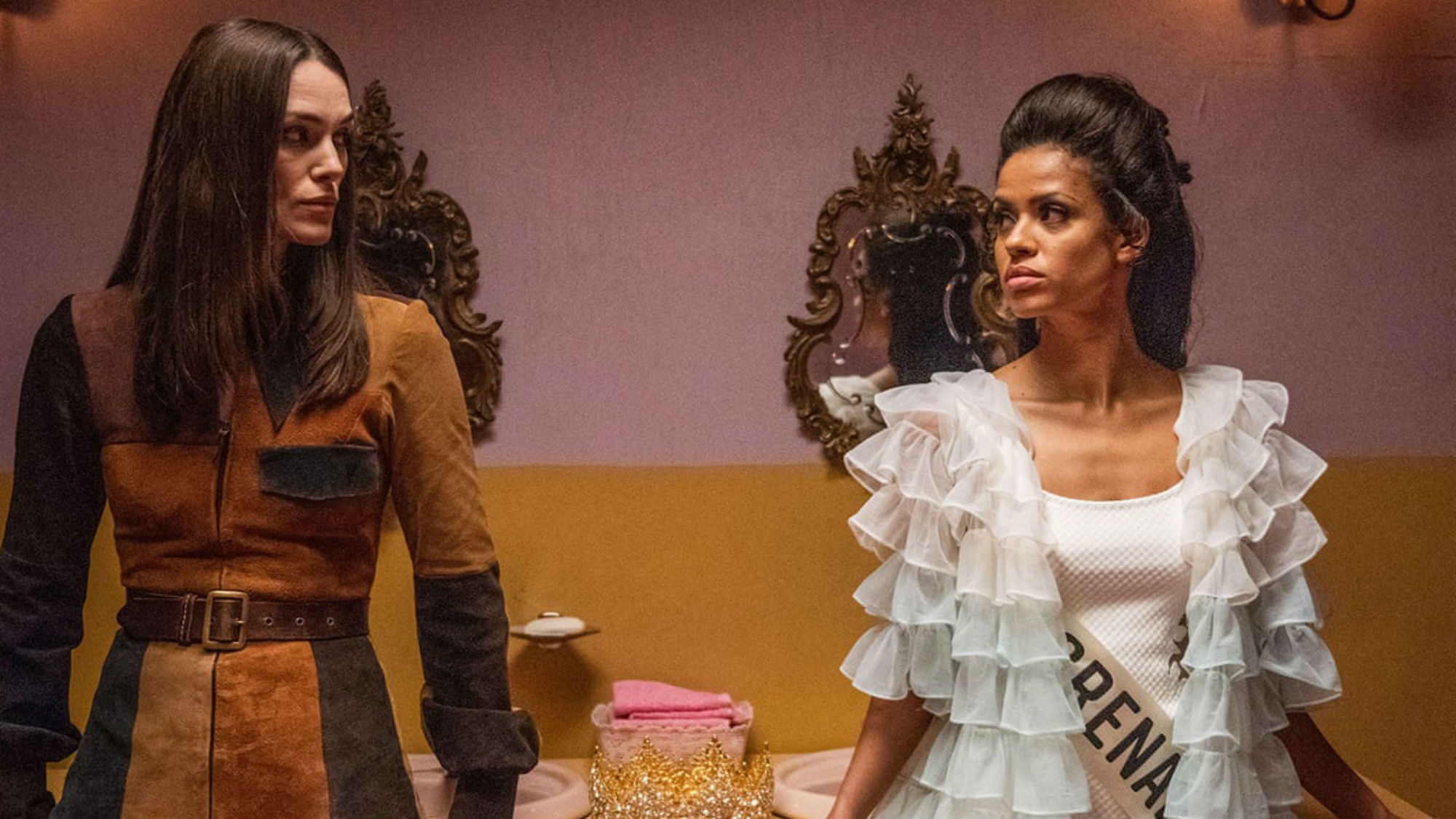 This comedy-drama film tells the story of the 1970 Miss World beauty pageant in London, then the most-watched TV program in the world, which was interrupted by the budding women's liberation movement. Keira Knightley and Jessie Buckley play the feminist activists who lead the high-profile protest, heading up a strong ensemble cast that includes Lesley Manville, Keeley Hawes, and Greg Kinnear as the event's host Bob Hope. Reviews from the festival circuit suggest director Philippa Lowthorpe (The Crown, Three Girls) keeps the tone relatively light and sympathetic to all parties involved – including Jennifer Hosten, Miss Grenada (Gugu Mbatha-Raw), who made history by becoming the first Black Miss World champion.

Misbehaviour opens in select theaters and on VOD September 25. 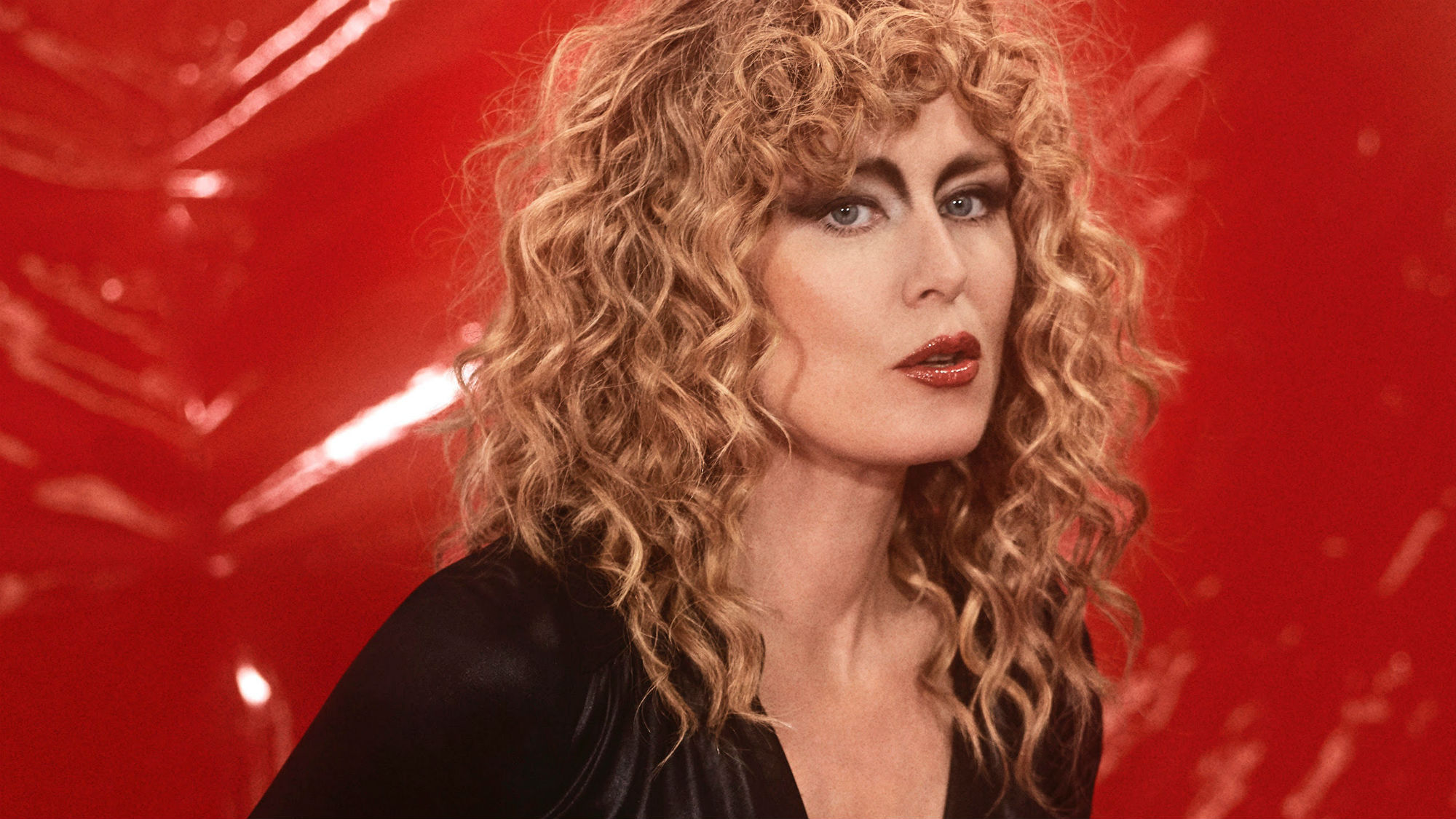 Since she broke through in the mid-'90s as one half of electro duo Moloko (remember their huge dance hit "Sing It Back?"), Róisín Murphy has carved an enviable reputation as the queen of adventurous and authentic club music. If her sumptuous recent singles "Something More" and "Murphy's Law" are anything to go by, this brilliantly-titled album – when pronounced correctly, Murphy's first name rhymes with "machine" – should bring some dance floor catharsis to anyone's socially distanced "kitchen disco."

5. AN INSPIRING AND INHERENTLY FEMINIST BIOPIC 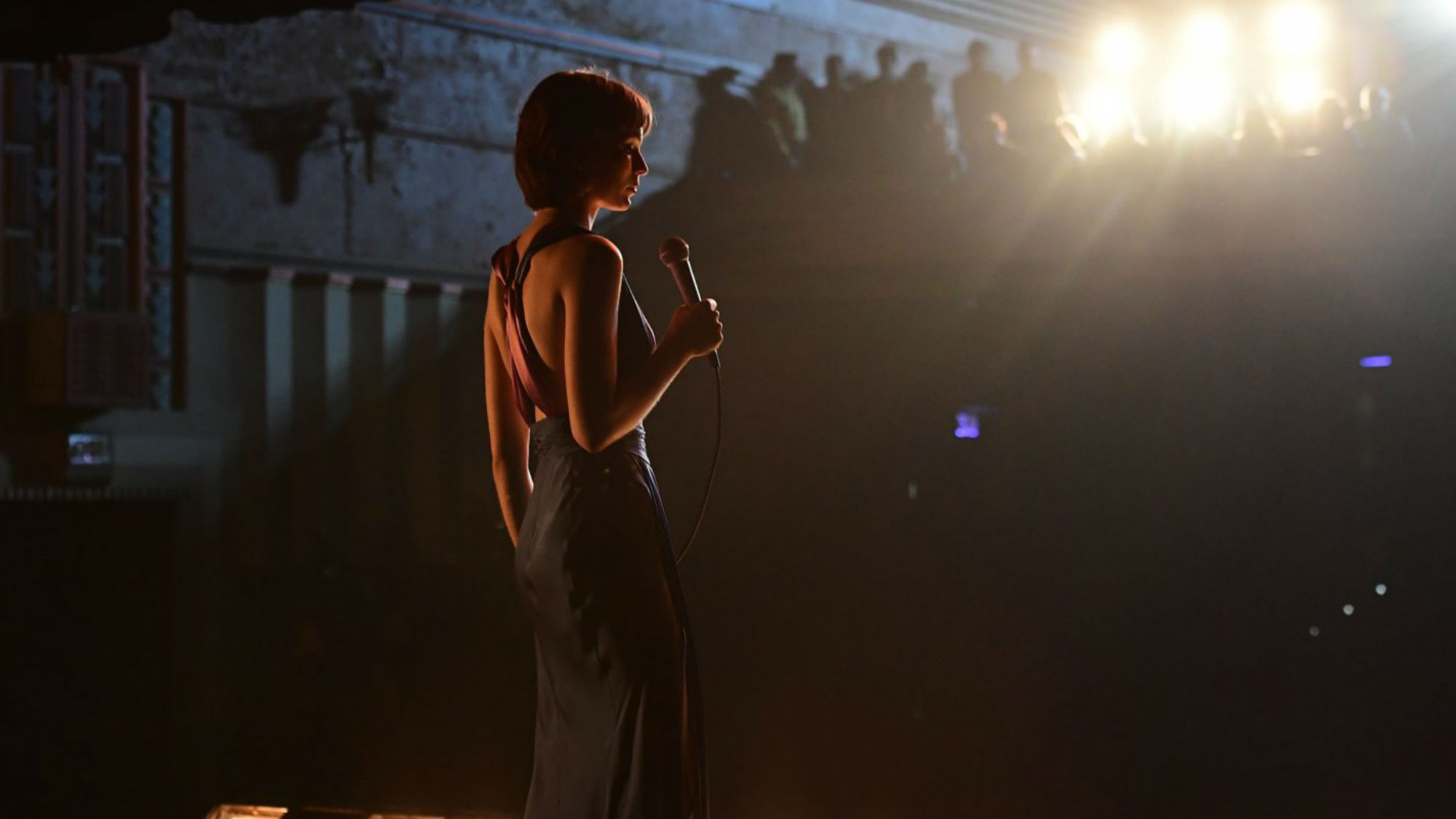 This Australian film tells the remarkable life story of Helen Reddy, the Australian singer who wrote and performed "I Am Woman," the defining anthem of the Women's Liberation Movement. Tilda Cobham-Hervey portrays Reddy as she arrives in New York City as a lone mother in the mid-'60s only to be dismissed by her record label, then proves them wrong by going on to score eight number-one hits and land her own TV show. Evan Peters co-stars as Reddy's husband and manager Jeff Wald, adding to a classy-looking tale of against-the-odds success.

I Am Woman opens in select theaters and on VOD September 11. 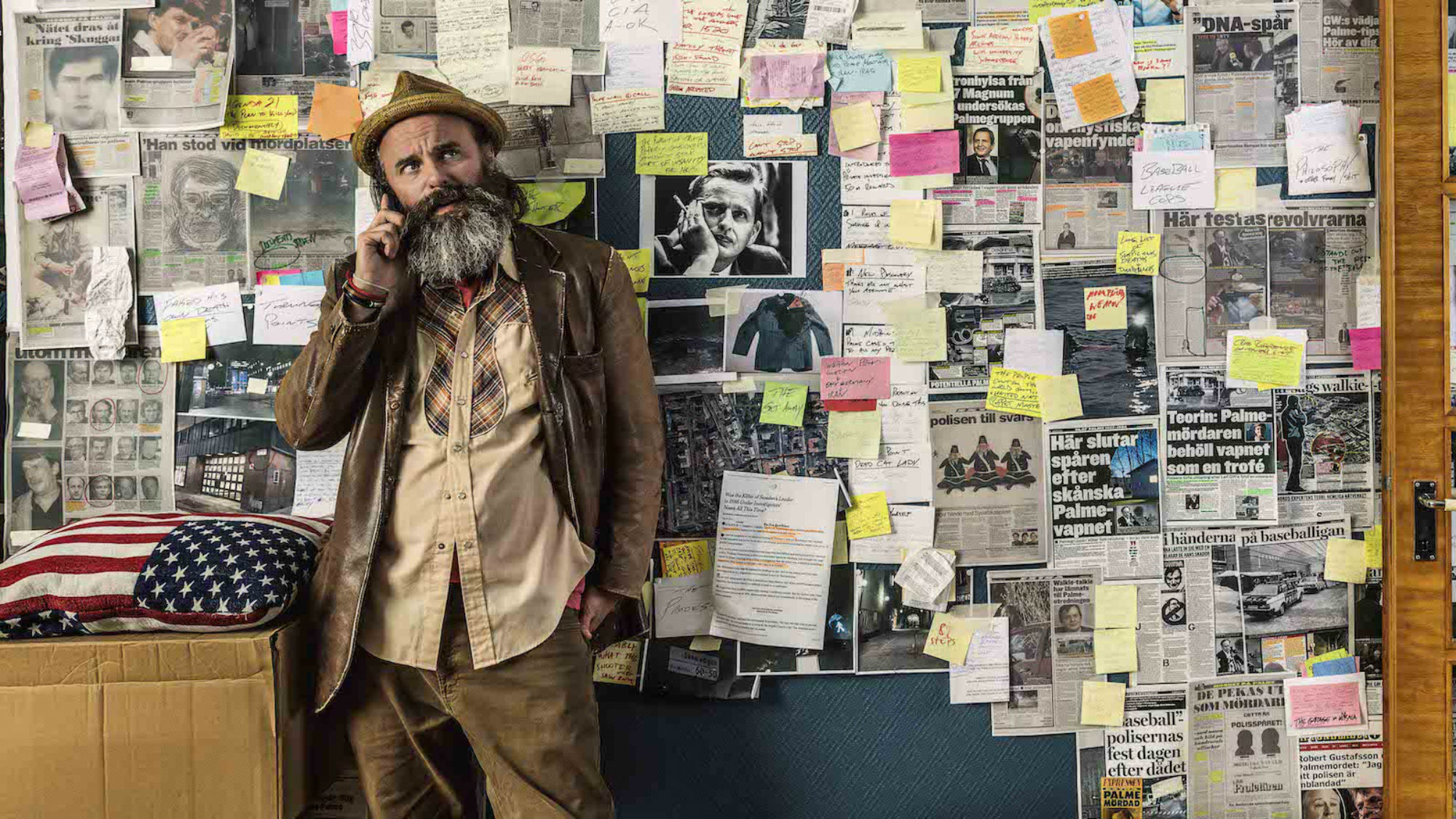 Created by and starring Schiaffino Musarra, an American now living in Sweden, this intriguing miniseries is no brooding Scandinavian noir. Instead, it's a pitch-black comedy-drama about an American expat (Musarra) who tries to solve a mysterious real-life tragedy – the unsolved 1985 murder of Swedish Prime Minister Olof Palme – so he can claim its hefty reward. Musarra has said making a dark comedy about such a sensitive topic "was seen as perhaps too politically incorrect" by some Swedish networks, so expect a conspiracy thriller that goes deliciously close to the bone.

We Got This premieres September 3 on Sundance Now.

7. A CLASSIC ROCK ALBUM TO REVISIT 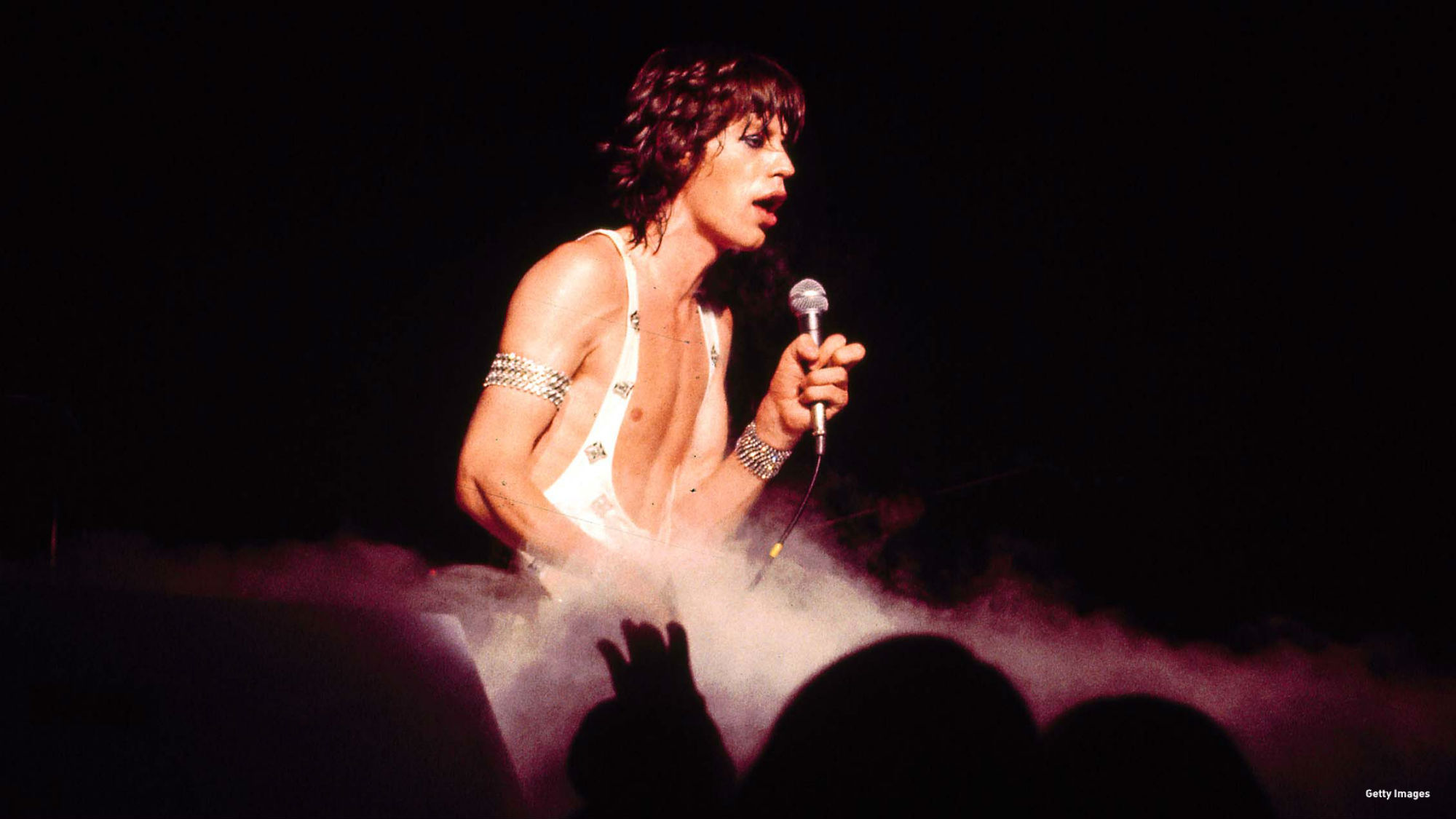 Recorded in Kingston, Jamaica – "one of the few places that would let us all in!" according to guitarist Keith Richards – Goats Head Soup became one of the Stones' most successful albums when it was released in 1973, going triple-platinum in the U.S after spawning the chart-topping ballad "Angie." This deluxe reissue is available in various formats which add a host of rarities and previously unheard recordings to the original 10-track album, including the louche rock tune "Scarlet," which has a video starring Normal People's Paul Mescal. Pretty darn cool.

8. A TEAR-JERKER WITH A TERRIFIC ENSEMBLE CAST 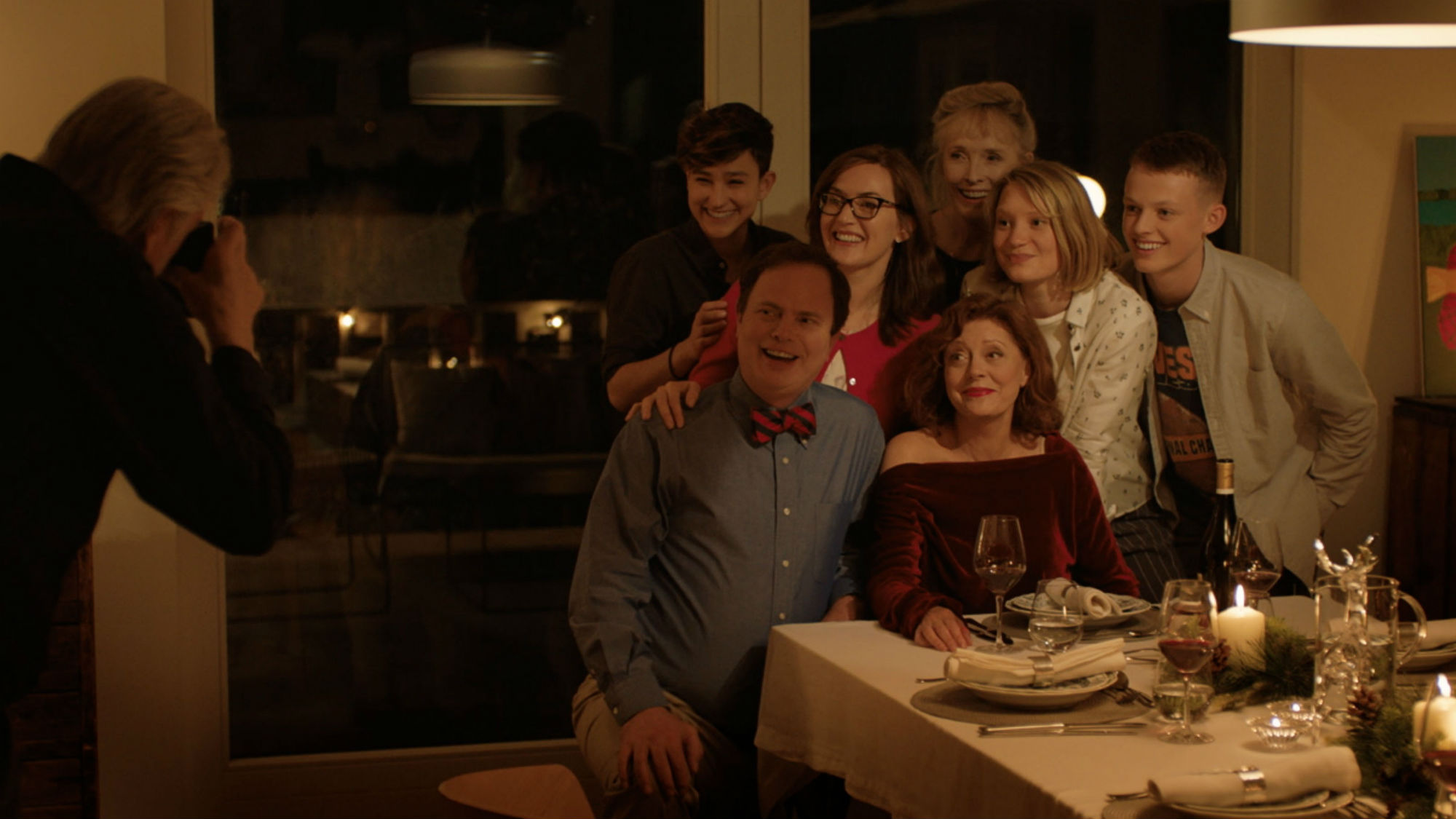 Directed by Roger Michell (Notting Hill, Le Week-End), this remake of an acclaimed Danish movie looks like a highly emotional affair. Susan Sarandon plays Lily, a dying matriarch who gathers her chalk-and-cheese daughters (Kate Winslet and Mia Wasikowska) and their respective partners and kids for a final family weekend at the Hamptons home she shares with husband Paul (Sam Neill). Pre-release reviews suggest Blackbird relies on a few over-familiar tropes – but also that a fine cast including Rainn Wilson and Lindsay Duncan manage to overcome them.

Blackbird is released in select theaters and on VOD September 18.

9. A MEMOIR WITH MORE THAN A LITTLE GLITTER 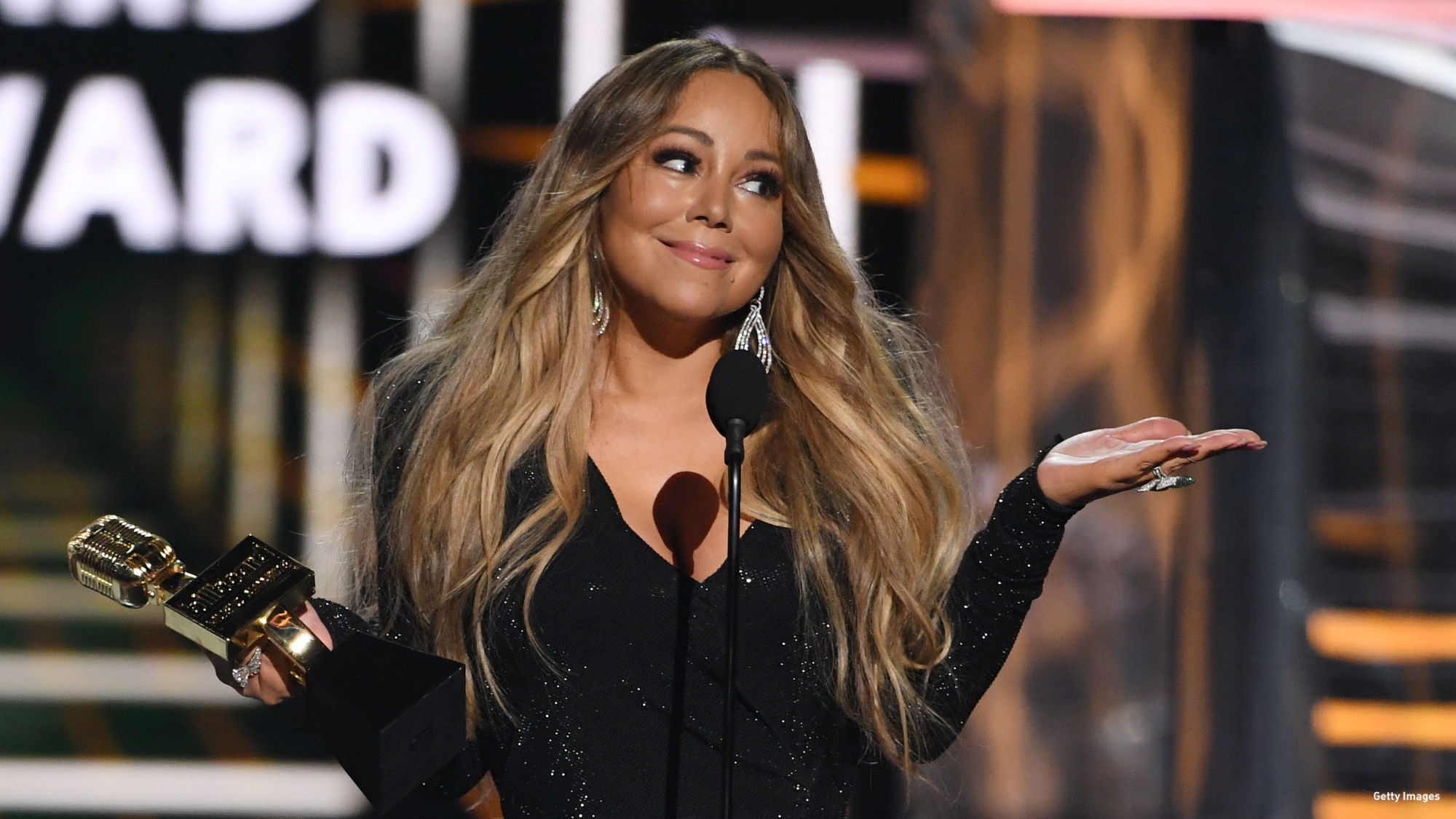 Mariah Carey's first ever memoir doesn't sound like a mere exercise in self-aggrandizement. The enduring diva – who's scored more number-one hits than any other solo artist in history – says it will feature "my memories, my mishaps, my struggles, my survival, and my songs" – an appetizing proposition. But even if it isn't quite as candid as that sales pitch suggests, it's bound to be a rollicking read: Carey is known for her tack-sharp wit and doesn't suffer fools gladly, so steel yourself for a few explosive revelations.

The Meaning of Mariah Carey publishes September 29 via Macmillan.

10. AN HONEST AND ENLIGHTENING DOCUMENTARY FILM 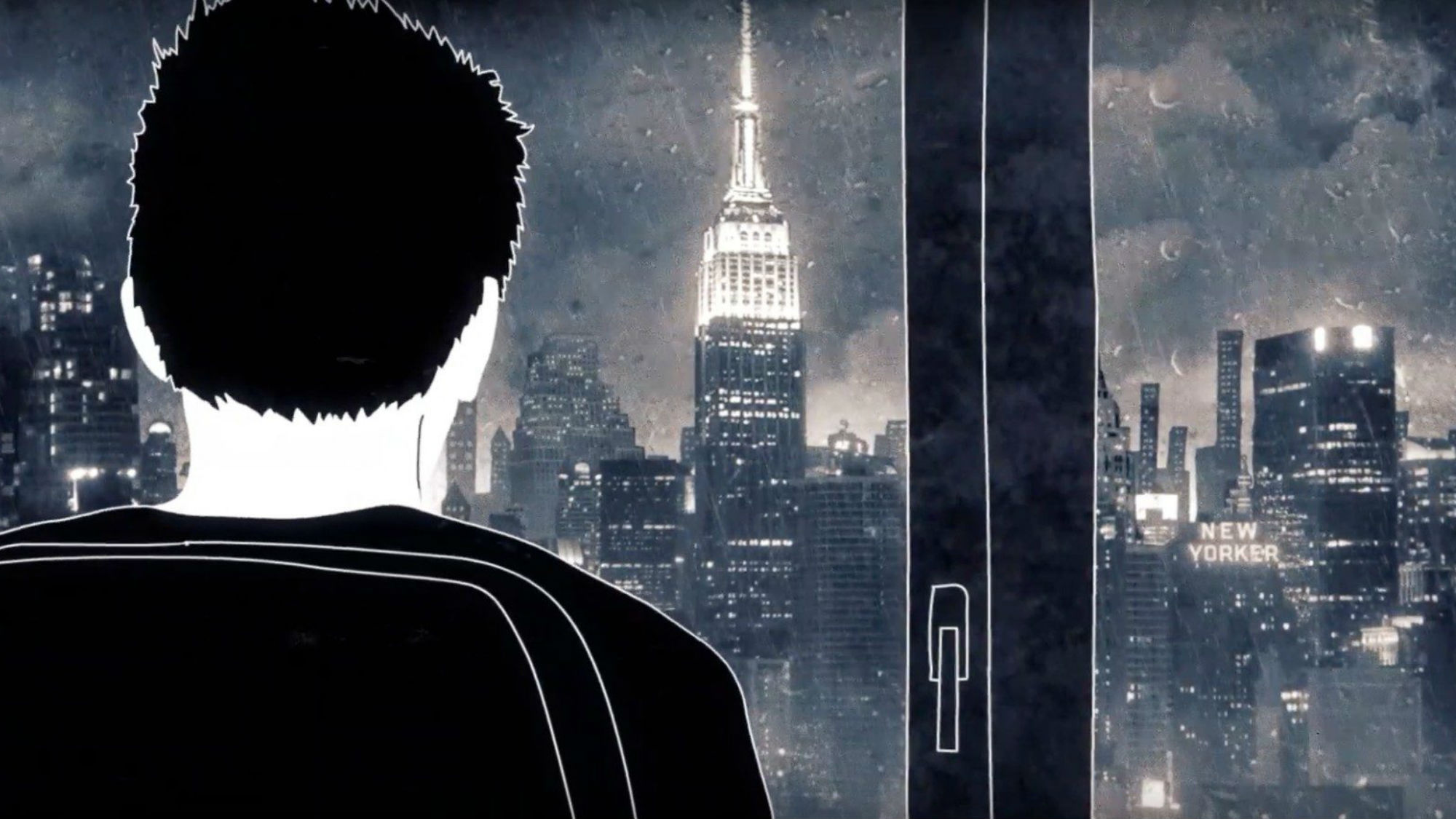 Filmmaker and disability rights activist Jason DaSilva won an Emmy for his 2013 autobiographical documentary When I Walk, which followed his first seven years living with an extreme form of multiple sclerosis. This follow-up – the second film in a planned trilogy – brings DaSilva's story up to date as he attempts to move to Austin, TX, to be with his son and realizes that the Medicaid system would require him to live in a nursing home. It sounds like a deeply powerful and poignant watch, and you can watch the original When I Walk documentary from the same day on Sundance Now.

When We Walk premieres September 7 on Sundance Now.

Mythology. History. Identity. Monsters. Take a look back at the epic past two seasons of ‘Doctor Who’!