Welcome to the latest Pop Culture Pulse, Anglophenia's roundup of the top pop culture happenings of the month. Don't worry if you're planning on staying home through January – there are plenty of ways to entertain yourself from the comfort of your own couch. 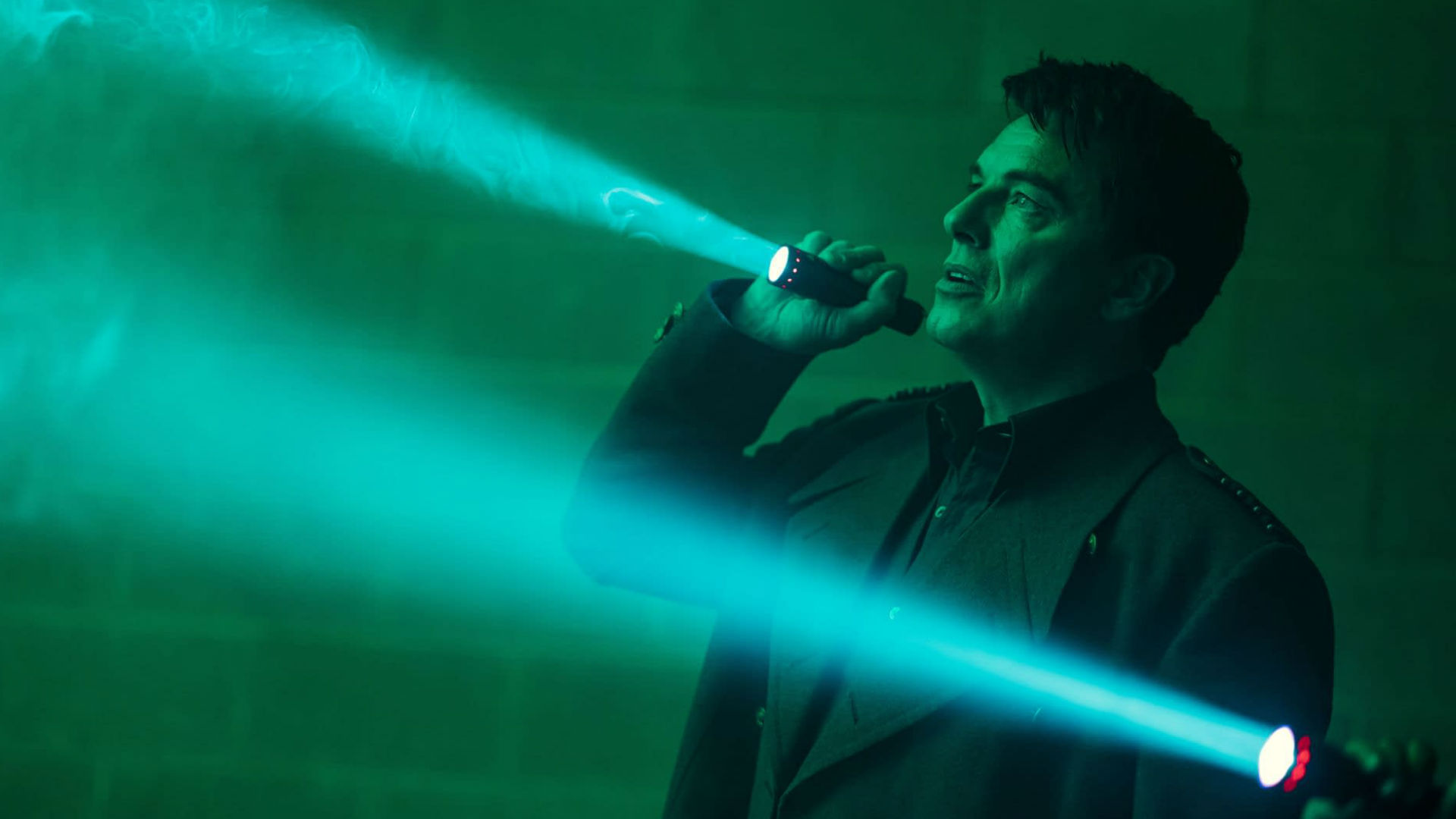 Doctor Who: Revolution of the Daleks[/caption]

Doctor Who's New Year's Day special promises to be a bittersweet affair. On the one hand, John Barrowman will be back as the inimitable Captain Jack Harkness; but on the other, Bradley Walsh (Graham O’Brien) and Tosin Cole (Ryan Sinclair) will be saying farewell to Team TARDIS. Walsh has said we can "expect old enemies, spectacular scenes, a surprising ending, and a heartwarming story," so buckle up for an emotional rollercoaster featuring awesome guest stars Chris Noth (Sex and the City) and Dame Harriet Walter (Killing Eve).

Doctor Who: Revolution of the Daleks premieres Friday, January 1 at 8pm EST on BBC America. Watch the trailer here. 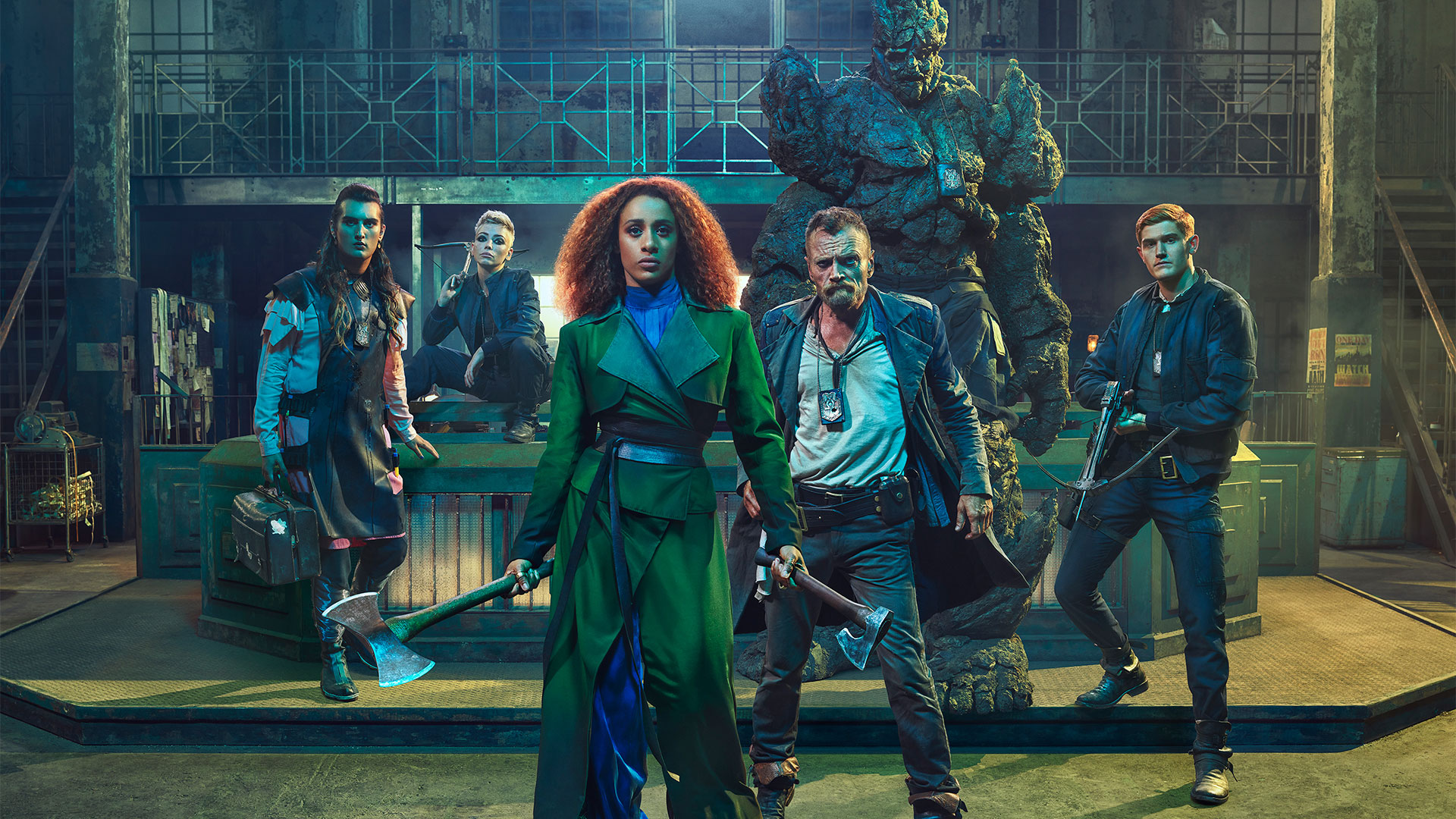 Featuring beloved characters from Sir Terry Pratchett's Discworld novels, BBC America's new police procedural is a comedic yet thrilling fantasy spectacular. Set in Discworld's principal city of Ankh-Morpork, it centers on an unlikely group of misfits, The City Watch, who are forced to find the guts to save the world. Factor in a stellar ensemble cast led by Richard Dormer, Lara Rossi, Anna Chancellor, Ruth Madeley, Matt Berry, Marama Corlett, and Wendell Pierce, and The Watch becomes, well, the first must-watch series of 2021.

3. A FANTASY WORLD YOU WON'T WANT TO LEAVE 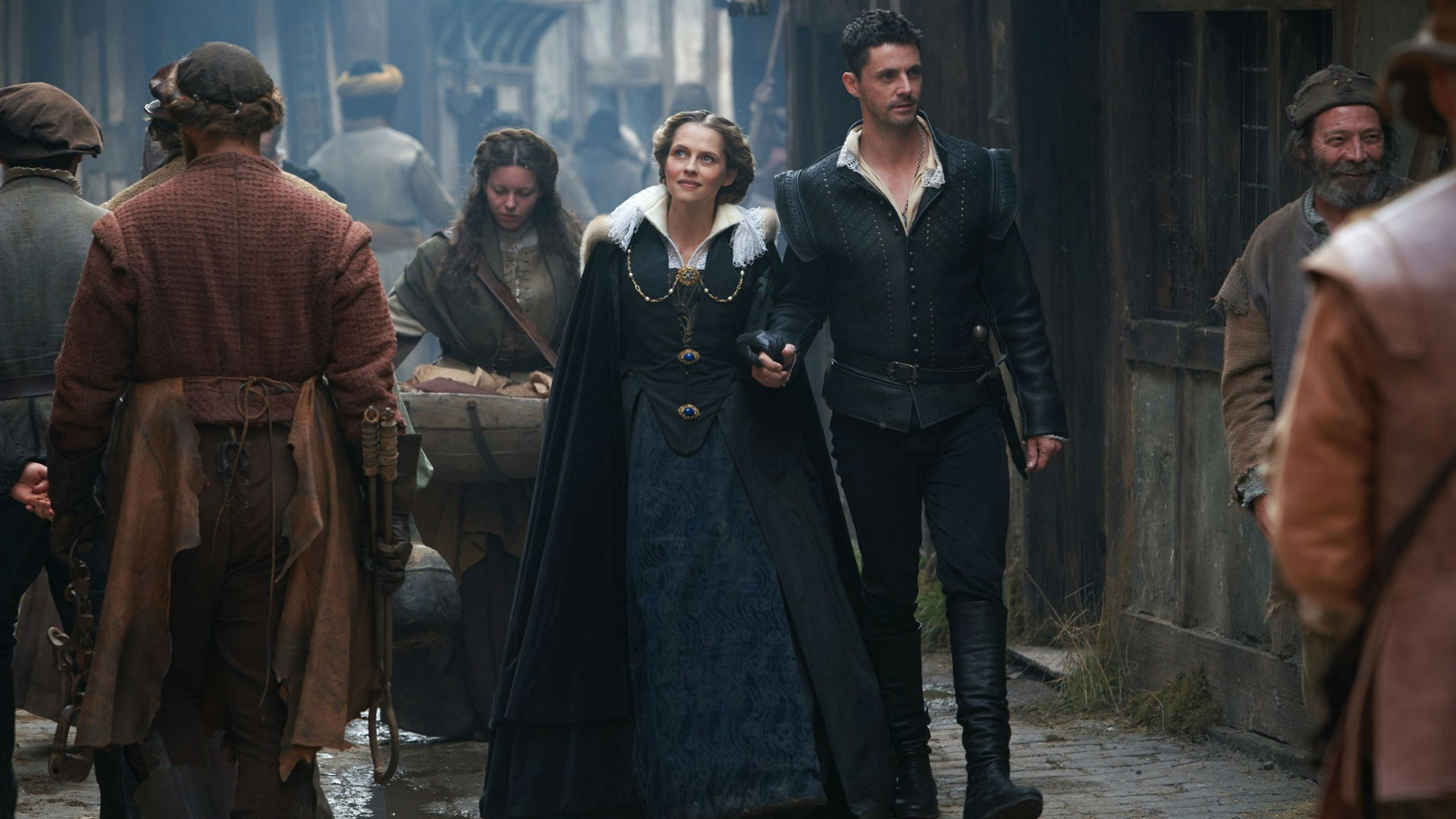 Based on Deborah Harkness's All Souls novels, this captivating British fantasy series is set in a world where witches, vampires, and daemons secretly live and work alongside humans. Season two transports our spell-casting heroine Diana (Teresa Palmer) and vampire beau Matthew (Matthew Goode) to Elizabethan London, where she needs to track down a powerful witch teacher who can help her harness her powers and find the vitally important Book of Life. It's twisty, sexy, and infectious stuff packed with top British thesps including Lindsay Duncan, James Purefoy, and Doctor Who favorite Alex Kingston.

A Discovery of Witches returns Saturday, January 9 on Sundance Now and Shudder.

4. A NASHVILLE TWIST ON SOME POP CLASSICS 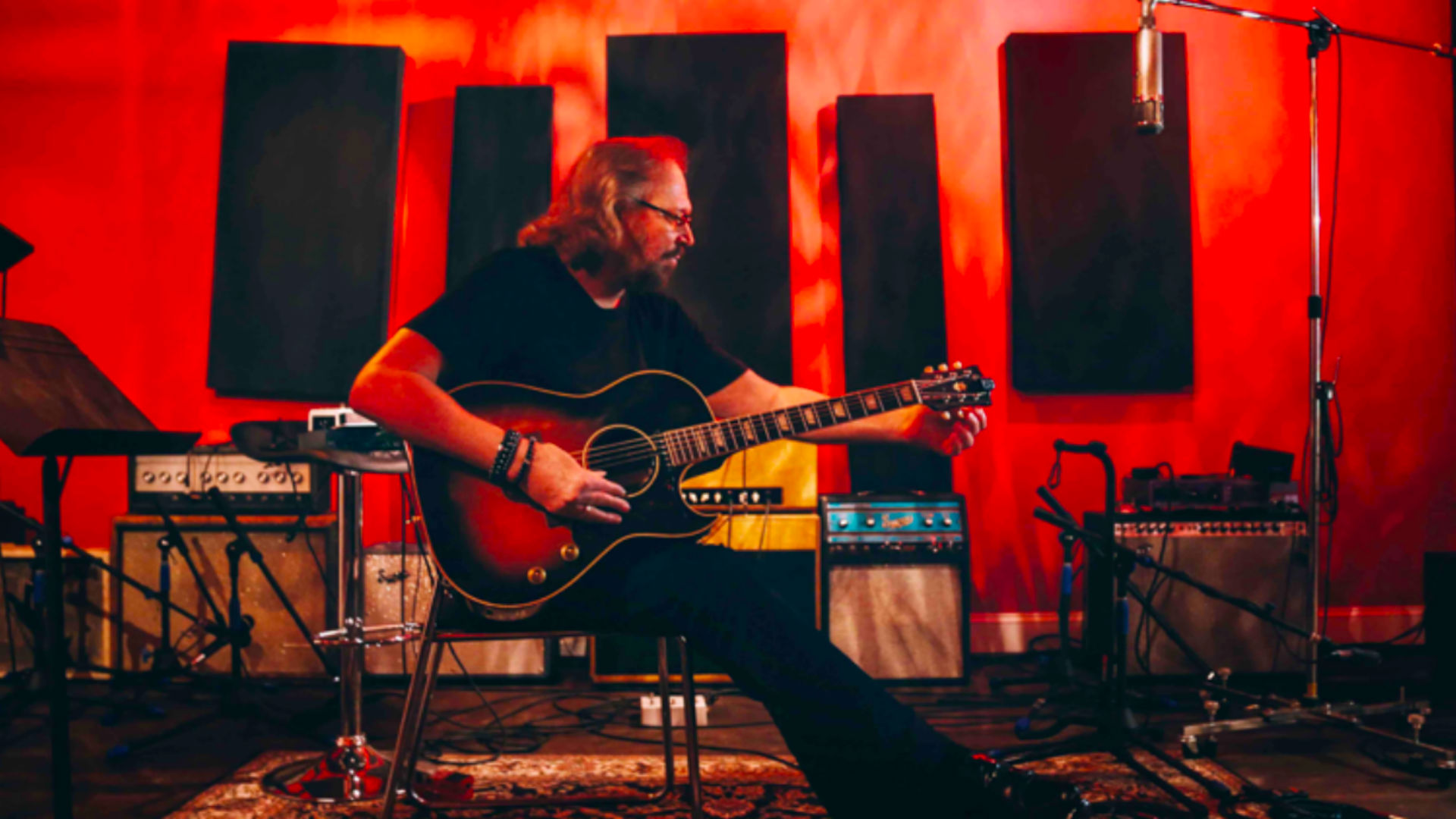 Thanks to the enormous success of Saturday Night Fever, the Bee Gees are primarily known as a disco band, but over the years their music drew from a variety of genres including folk, rock, and soul. This new album from Sir Barry Gibb, the group's lone surviving member, sees him put a country and bluegrass spin on Bee Gees classics such as "Words" and "How Deep Is Your Love" with help from Dolly Parton, Alison Krauss, Keith Urban and other Nashville mainstays. Given the enduring quality of Gibb's songs, it's got to be worth an inquisitive spin or two.

5. A MEMOIR FROM A BONA FIDE LEGEND 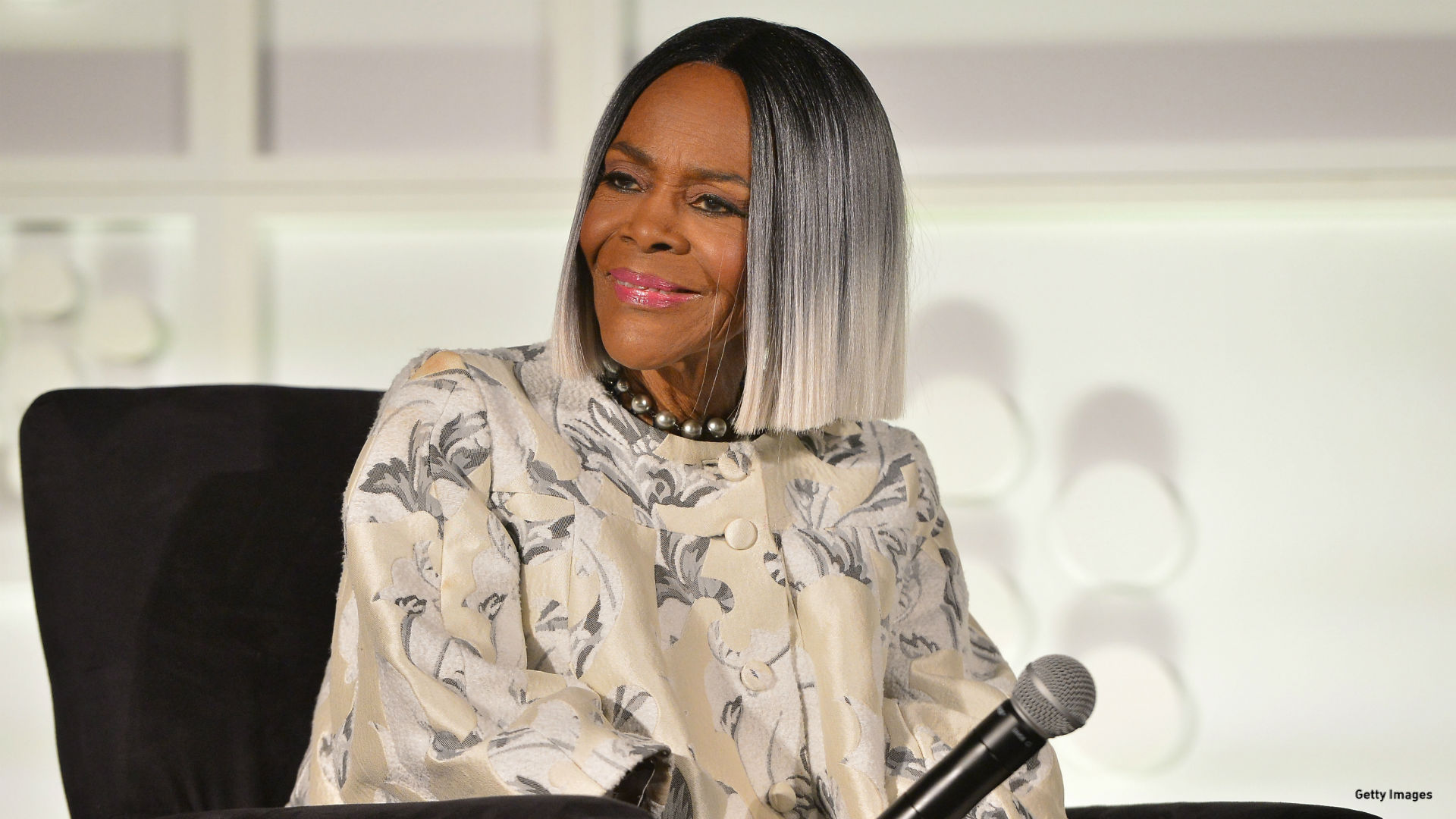 Cicely Tyson: Just as I Am: A Memoir[/caption]

If anyone's career deserves the epithet "extraordinary," it's surely Cicely Tyson's. The Harlem-born actress has made history as the first Black woman to win a Best Actress Emmy (for 1974's The Autobiography of Miss Jane Pittman) and the first Black woman to receive an honorary Oscar. At age 89, she delivered a Tony Award-winning performance in 2013's Moon on a Rainbow Shaw, and she's still appearing regularly on TV in Cherish the Day. This memoir should provide some fascinating insights into her long and groundbreaking career, while also weaving in some enriching life lessons she's learned along the way.

Just as I Am: A Memoir publishes Tuesday, January 26 via HarperCollins.

6. A DEBUT ALBUM TO LOOK FORWARD TO 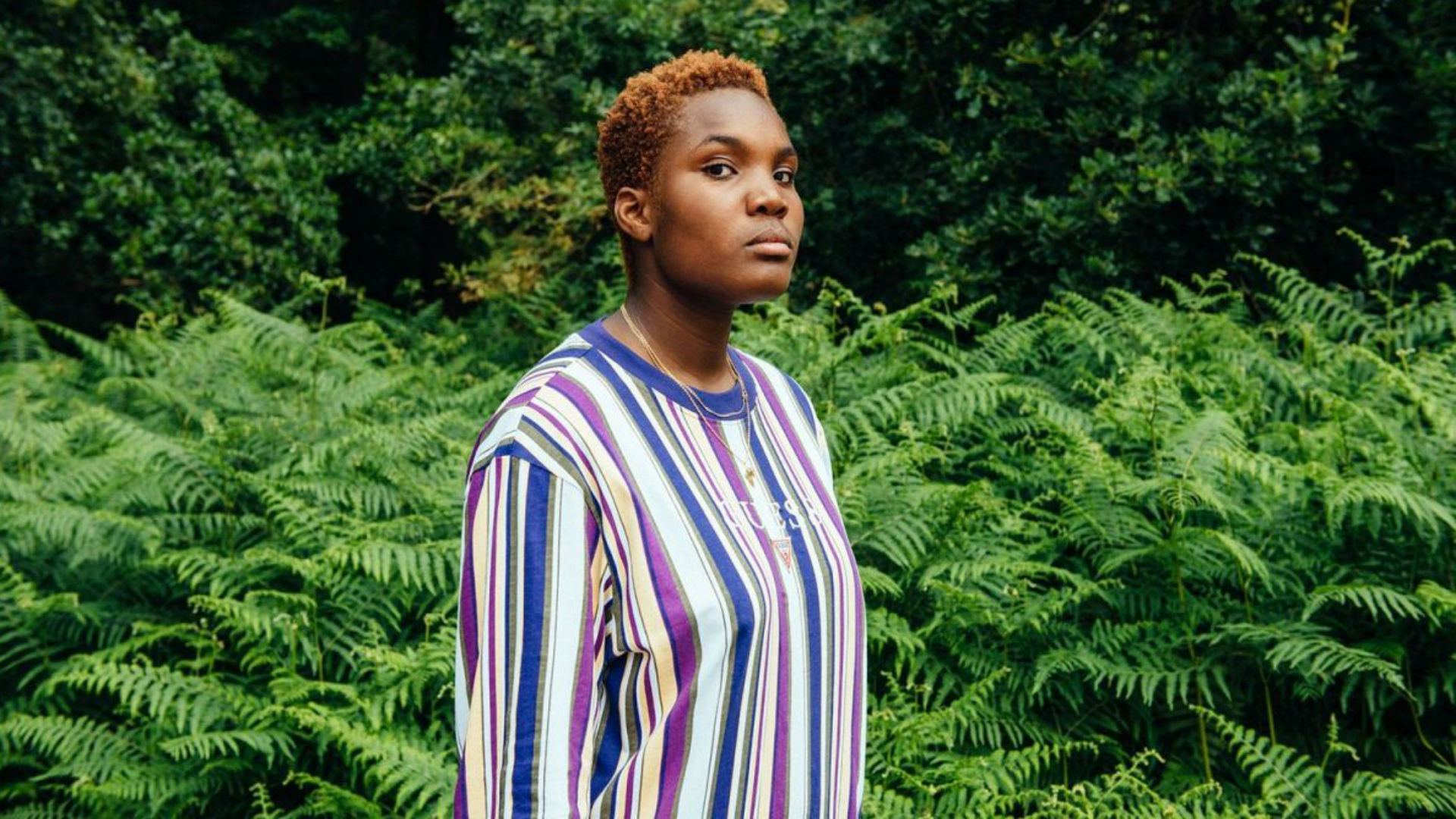 British singer-songwriter Arlo Parks says she wants her debut album to "feel both universal and hyper specific," and her own coming-of-age journey definitely lends itself to emotive storytelling. "I'm a Black kid who can't dance for s**t, listens to emo music and currently has a crush on some girl in my Spanish class" is how she summarizes her adolescence. Parks' dreamy indie folk-songs have a tendency to be quietly devastating; for a taster, check out "Black Dog," a very affecting meditation on mental health issues.

Collapsed in Sunbeams will be released Friday, January 29 via Transgressive.

7. A QUIRKY AND UPLIFTING SIX-PARTER 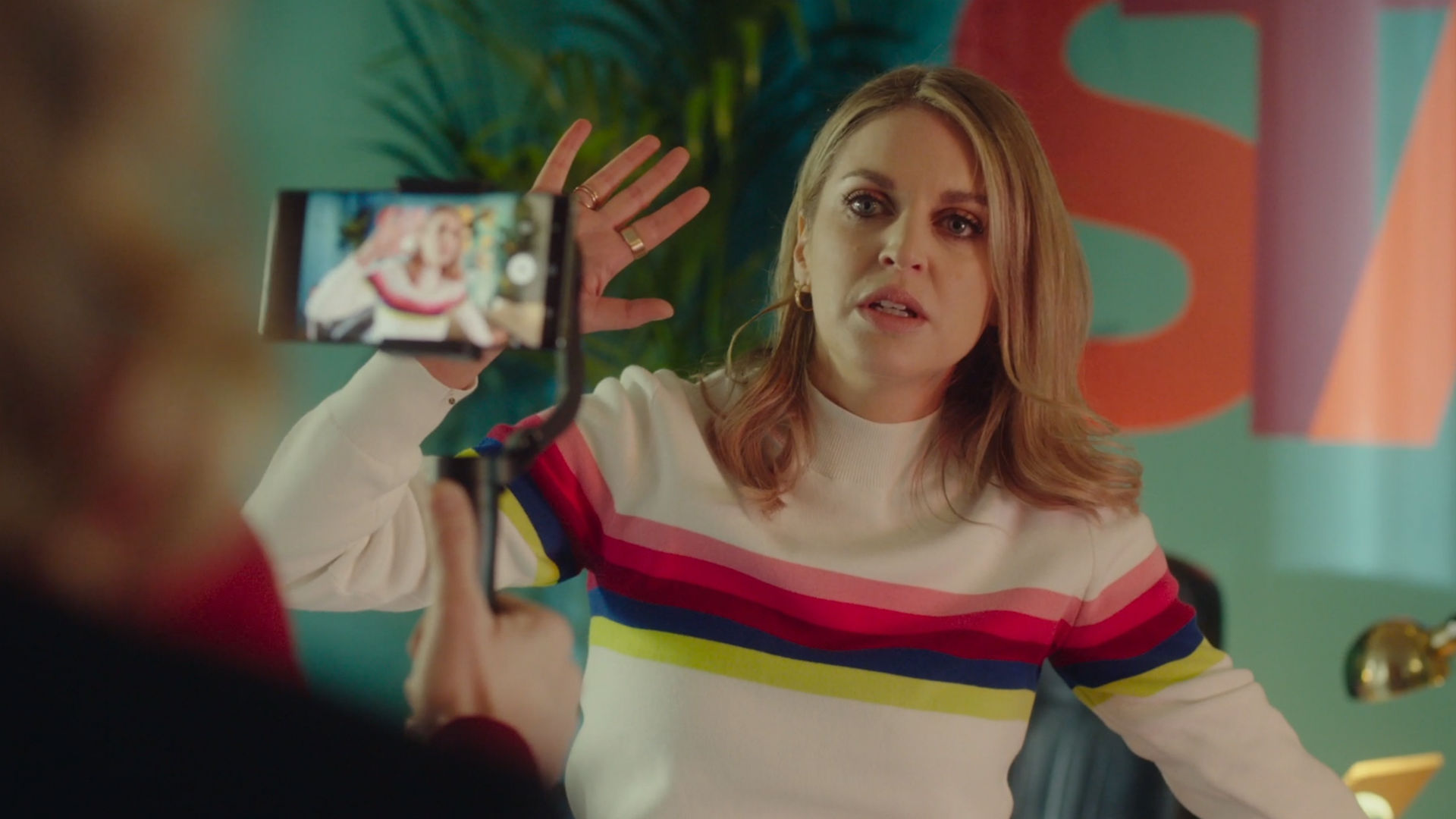 This Irish comedy-drama series, an Acorn TV Original, centers on a very modern career journey. Amy Huberman, the show's writer-creator, stars as Joy Morris, a former stand-in lifestyle vlogger who becomes a bona fide online entrepreneur when she launches her own video channel. This second season sees her explore new avenues in her personal and professional life while also bonding with Christie, her new tarot-reading roommate played by Kerry Howard (Him & Her). All six episodes premiere at once, so if you're looking for a lighthearted January binge-watch, be sure to bookmark Finding Joy.

8. A SAVAGE AND SALTY NEW PODCAST 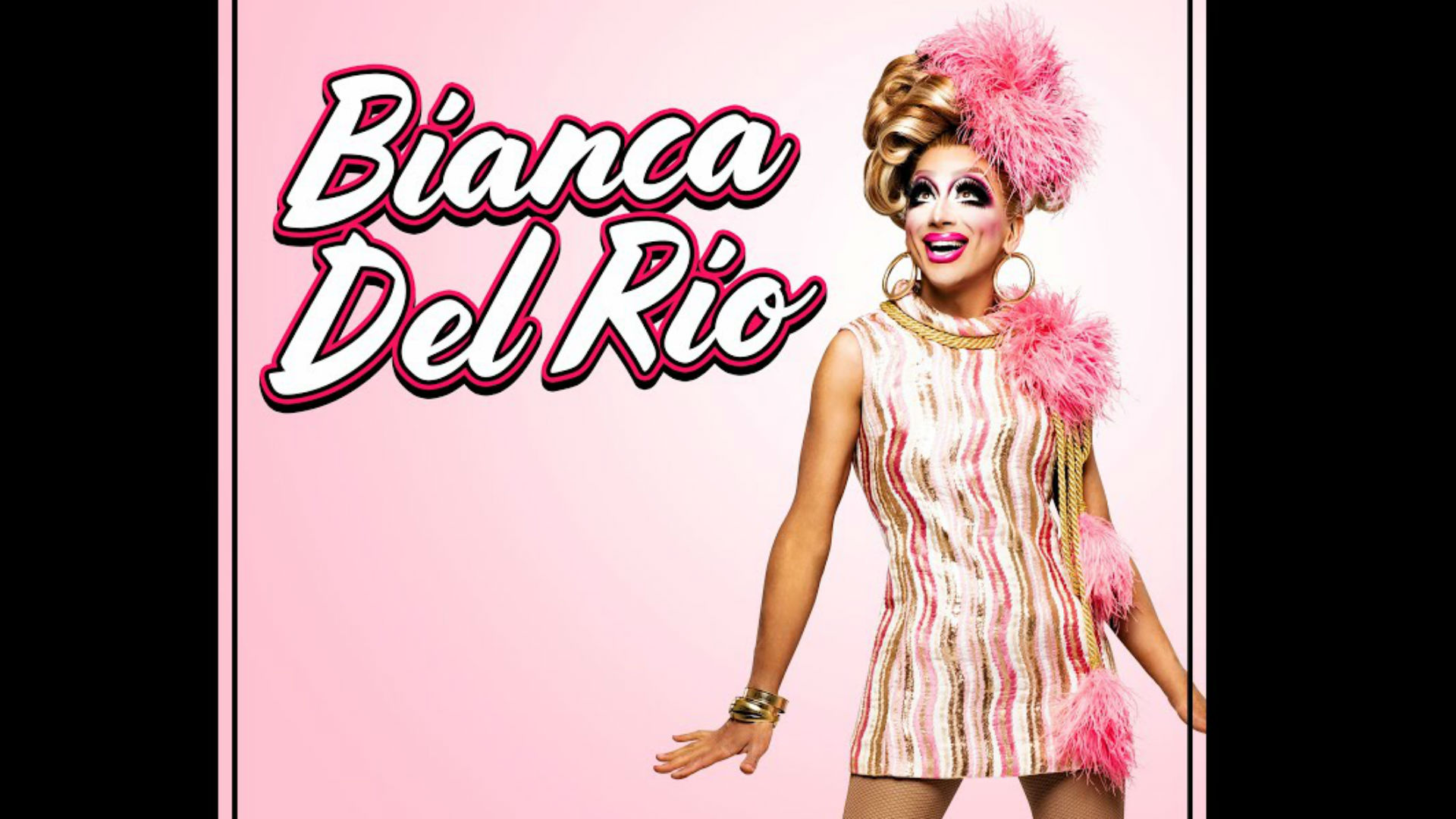 Acid-tongued comedienne Bianca Del Rio is one of the most popular RuPaul's Drag Race alumni – last year, she became the first drag queen to headline London's iconic Wembley Arena. The New York-based performer has built her loyal following with a no-holds-barred approach to stand-up, which often makes her feel like a natural successor to the late Joan Rivers. She hasn't said much about the format of her new podcast yet, but expect witty topical commentary and put-downs sharper than Del Rio's stilettos.

Bianca Del Rio's new podcast will launch January at a date to be confirmed. Check out a YouTube teaser here.

9. A TRUE CRIME STORY FROM DOWN UNDER 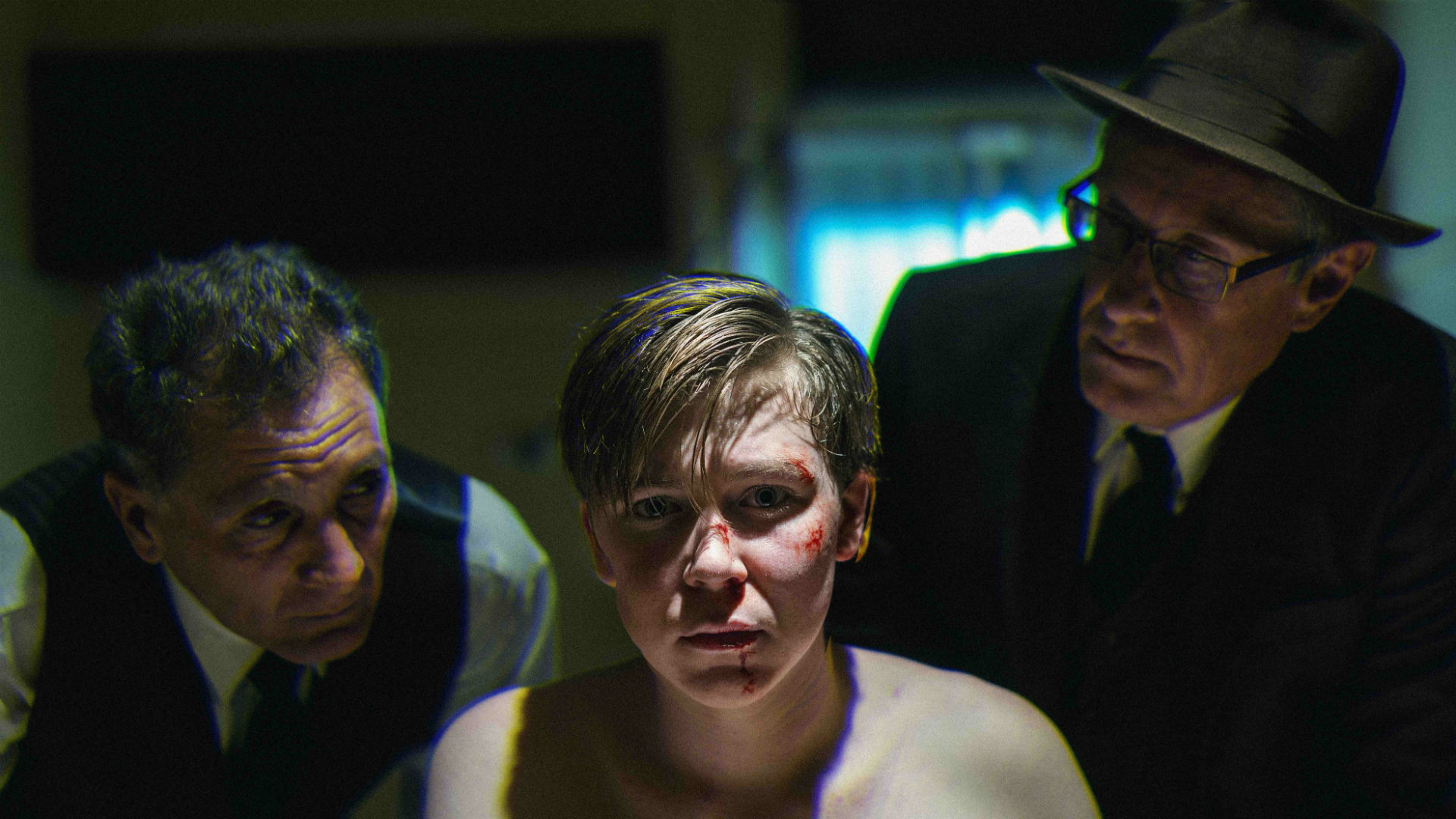 This true crime documentary series tells the story of Eric Edgar Cooke, an Australian serial killer who terrorized the city of Perth for five years in the late '50s and early '60s. Though locals were convinced that a spate of violent crimes were the work of one man – and press dubbed this enigmatic figure the "night caller" – Perth police didn't realize they were dealing with a serial killer until it was too late. The four episodes premiere weekly, giving you plenty of time to analyze and digest the investigation's missteps and eventual successes. 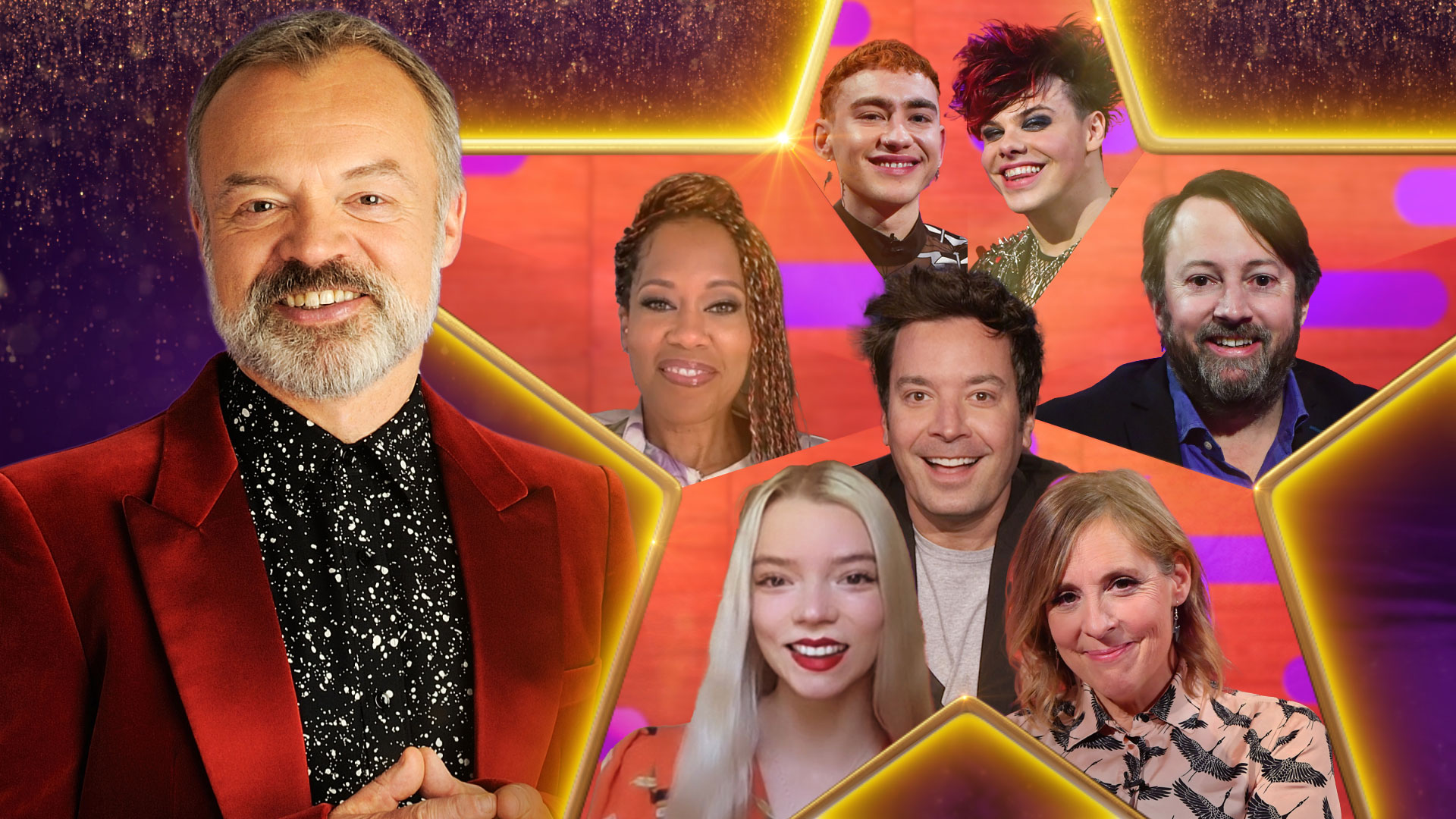 Graham Norton brings in 2021 with a typically stellar line-up of guests including Tom Hanks, Emily Blunt, Jamie Dornan, Nish Kumar, and Jessica Chastain. Singer-songwriter Sophie Ellis-Bextor will also be on hand to perform her song "Crying at the Discotheque," which should feel poignant at a time when club spaces across the world are closed due to Coronavirus. Norton's New Year's Eve shows are always a hoot, and getting to say goodbye to 2020 for a second time should feel very sweet indeed.

'Doctor Who': The Evolution of the Sontarans

British Icon of the Week: Dame Eileen Atkins, the Actress Who Shines in Everything from ‘Cranford’ to ‘The Crown’

WATCH: Nicole Kidman Stars as Lucille Ball in ‘Being the Ricardos’ Trailer