(Photo: Getty Images)
Mark Gatiss, who co-wrote and starred in Sherlock, has a new project coming out. This time he will stay behind the scenes, writing and directing, adapting M.R. James’ 1904 short story The Mezzotint for screen.
It was previously announced that the one-off drama is set to premiere on BBC Two in the U.K. and will be available for watching via BritBox in the U.S. on December 25, according to the streaming service.
The story is set in 1922 and revolves around a man named Edward Williams (Rory Kinnear), who is the curator for the university museum in Cambridge. He receives an engraving of an old country house to add to the collection.
At first, there’s nothing out of the ordinary about the print, but then things become extraordinary when he notices the image is changing, with a figure appearing. And then the figure moving. And, finally, the figure walking with a child.
That is spooky. We did mention it’s a ghost story in the headline.
According to the BritBox description, Williams is frightened by the engraving and tries to dispose of it by burning it, only to find it the next day, and now, instead of the country house, it’s a picture of the building he’s located in.
One thing is the same: the figure is still there and he’s… approaching.
Here’s a first look at Kinnear in character, courtesy of BBC Press: 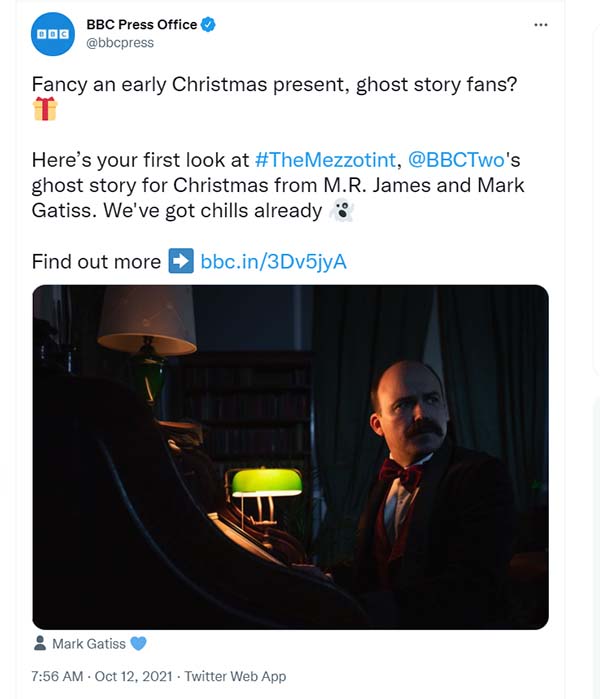 If you could write a thought bubble for Williams, what would it say!?