The long-awaited Downton Abbey movie already has a considerable cast, and just now more big names have been added to the list, including BAFTA winner and Oscar nominee Imelda Staunton.

Her casting will make the film even more of a family affair, as she's married in real life to Jim Carter, who plays butler Mr. Carson in the popular TV show. 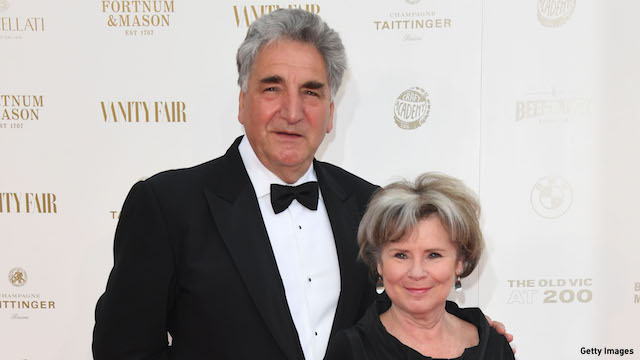 Who she'll play is still not clear, but we know it can't be Carson's wife, as he's now married to housekeeper Mrs. Hughes (Phyllis Logan). Could she be a relation of the Crawley family, meaning the pair are on different sides of the upstairs/downstairs divide?

The cast will be further filled out by some very familiar British actors, including Geraldine James (Anne with an E), Simon Jones (The Hitchhiker's Guide to the Galaxy), David Haig (Four Weddings and a Funeral), Tuppence Middleton (Sense8), Kate Phillips (Peaky Blinders) and Stephen Campbell Moore (The History Boys).

Meanwhile Lily James and Dan Stevens are the only two original cast members not expected to join in the fun, though Dan has been keeping us guessing, the minx.

After plenty of promises and delays, production on the movie is finally due to begin in September, meaning we should hopefully see it open in theaters some time in 2019.

Are you glad to see Imelda join the cast?