The BBC has released a new photo of the cast of The ABC Murders, including Rupert Grint as Inspector Crome and John Malkovich as Poirot. 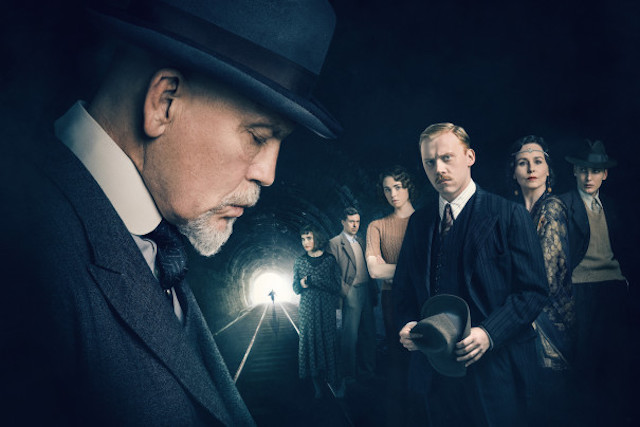 Based on a 1936 Agatha Christie novel of the same name, The ABC Murders is the latest in a string of Christie adaptations by the BBC, and is written by Sarah Phelps, the same writer behind The Witness For the Prosecution, And Then There Were None and Ordeal by Innocence.

It'll be the first time in the series that legendary detective Hercule Poirot pops up, played by John Malkovich after Sir Kenneth Branagh's tache-tastic turn in last year's Murder on the Orient Express.

The series title refers to the alphabet-obsessed serial killer Poirot is forced to track down, his only clue being a copy of The ABC Railway Guide left at the scene of each crime.

The Belgian detective's unorthodox investigative techniques do not go down well with Rupert Grint's character Inspector Crome, however, who's initially assigned to the case but proves increasingly hostile and suspicious towards Poirot.

In short, he's a world away from Ron Weasley:

The ABC Murders will stream on Amazon in the U.S., but the air date has yet to be confirmed.

Are you looking forward to this new outing for Poirot?