(Photo: Getty Images)
Just when we thought Gillian Anderson couldn't get any more iconic, she might just have raised the bar once more.
The Emmy-winning actress has shared not one but two images of her upcoming guest role in The Great. She posted them on Instagram with the playful caption – "Did someone say mother?" – which refers to the fact that she is playing Johanna, mother of Elle Fanning's Catherine the Great. 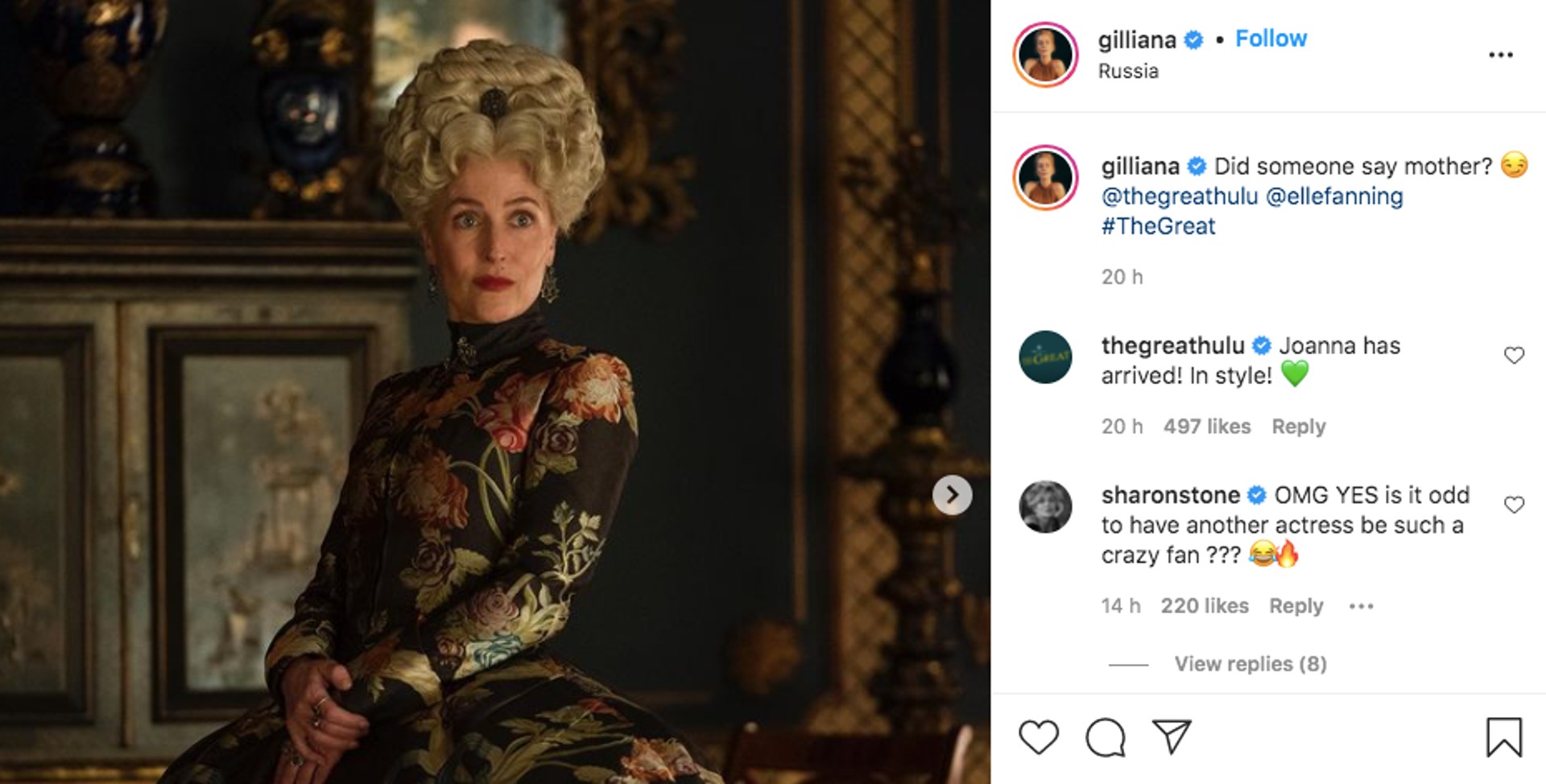 (Photo: Instagram)
Fellow actor Sharon Astone summed up the excited reaction among Anderson fans by commenting on the post: "OMG YES is it odd to have another actress be such a crazy fan???" 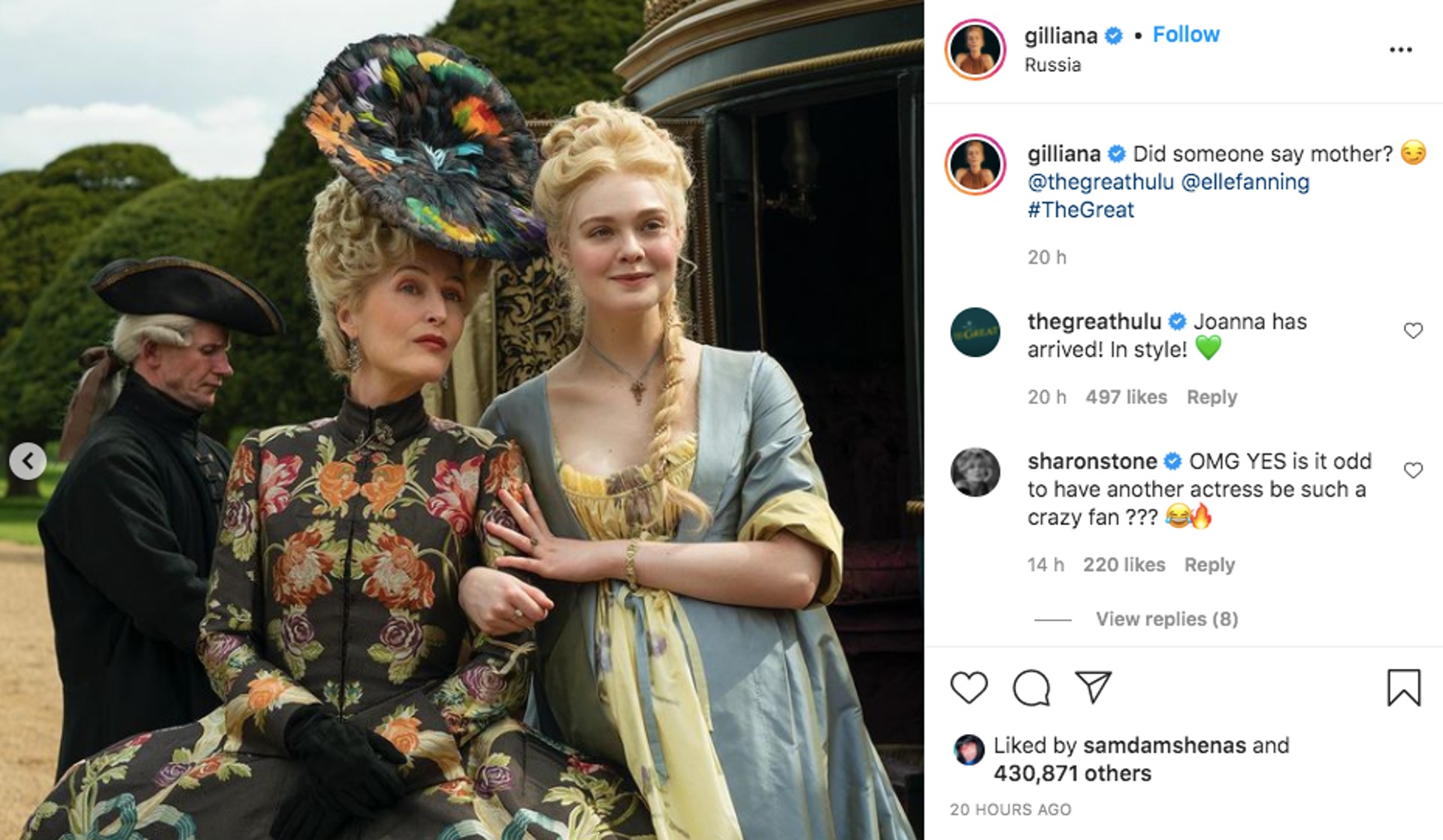 (Photo: Instagram)
As befits a member of the 18th century German royal family, Johanna's full title was actually Princess Johanna Elisabeth of Holstein-Gottorp. According to TVLine, Anderson's Johanna in the "anti-historical" dramedy series will have "sinister intentions" when she travels to Russia to reunite with her increasingly powerful daughter. Her character is also described as a "maestro of marriage," which suggests she could well be a bit of a schemer.
The new season of The Great is due to premiere on November 19 on Hulu. Anderson recently portrayed another formidable female figure from history, former British Prime Minister Margaret Thatcher, in The Crown. She won Emmy and Golden Globe awards for her performance as the "Iron Lady."
Are you excited to see Gillian Anderson on The Great?

'Doctor Who': Eve of the Daleks Premieres New Year's Day

Next on 'Top Gear': Ultimate Off-Roading in Iceland

His festive flow can’t be denied. An all-new ‘The Graham Norton Show’ premieres Friday at 11PM on BBC America.

Will Smith on the Incredible Prophecy Behind ‘King Richard’

His character, Richard Williams, predicted his daughters’ Venus and Serena's tennis success years before they were even born. An all-new ‘The Graham Norton Show’ premieres Friday at 11PM on BBC America.

The actor does his best Arnold Schwarzenegger impression from when he met him at Planet Hollywood, Australia. An all-new ‘The Graham Norton Show’ premieres Friday at 11PM on BBC America.

New Trailer: Gugu Mbatha-Raw Stars in ‘The Girl Before’ Miniseries

‘Only Murders in the Building’ Season 2 Is Getting Some Movement