(Photos: Getty Images)
David Tennant and Steven Moffat worked together on Doctor Who, with Tennant starring as the Tenth Doctor and Moffat as showrunner.
The two have reunited for a new project, Moffat’s thriller Inside Man, reports BBC Media Centre.
The miniseries revolves around a convict on death row in the U.S., a Vicar in a sleepy English town and a math teacher who is trapped in a cellar.
The man in prison is portrayed by Stanley Tucci. And, as the headline suggests, we can look for Tennant as the Vicar. Regarding who will play the math teacher, and where he or she is located, that’s still unknown.
Here’s a peek at Tennant in character:

And, a peek at Tucci in character: 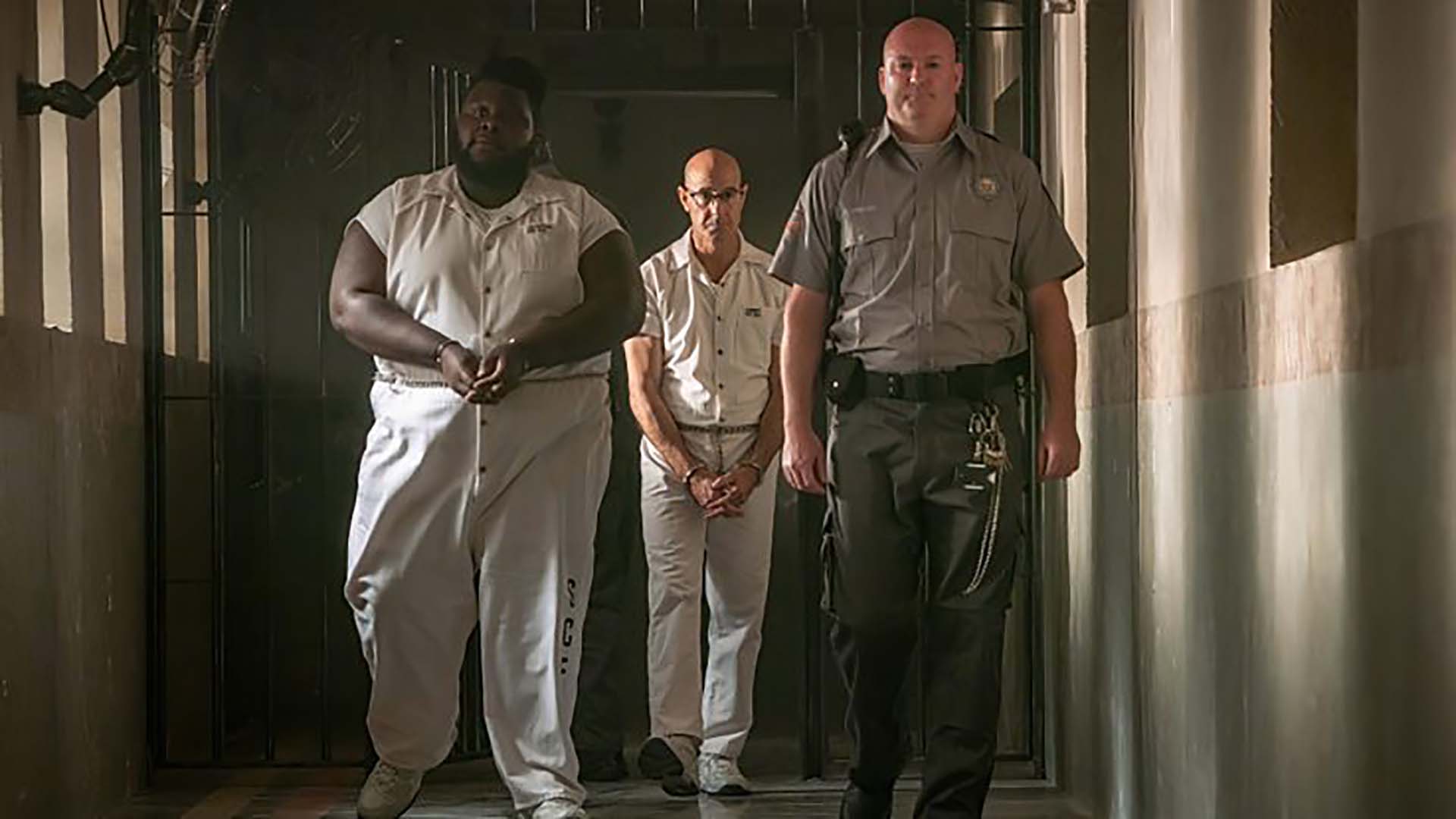 According to the synopsis, these three storylines will overlap in “the most unexpected way.”
In addition to Tennant and Tucci, we can look for Dolly Wells, Lydia West, Lyndsey Marshal, Atkins Estimond, Mark Quarterly, Tilly Vosburgh, Louis Oliver, Kate Dickie and Dylan Baker.
Moffat and executive producer Sue Vertue released a statement on the making of Inside Man, saying, “This is the best ensemble we’ve ever had the chance to work with. It’s a rare privilege to see scripts come to life as beautifully as this.”
Inside Man will premiere on BBC One in the U.K. and Netflix in the U.S.
The four-part series has yet to receive a start date.
Are you up for another Tennant/Moffat collaboration?