The first image of Benedict Cumberbatch and Claire Foy in artist biopic Louis Wain has been released by production company StudioCanal.

The still shows Cumberbatch's Louis Wain and Foy's Emily Richardson-Wain, his wife, looking a little concerned for a cat at the end of their garden. It's a perfect teaser for the biopic because Wain, who worked in the late 19th and early 20th centuries, was known for his anthropomorphic and distinctively large-eyed drawings of cats and kitten.

Author H.G. Wells famously said of Wain: "He has made the cat his own. He invented a cat style, a cat society, a whole cat world. English cats that do not look and live like Louis Wain cats are ashamed of themselves."

StudioCanal's teaser for the images name-checks the Wains' beloved cat Peter, who became a great comfort to Emily Richardson-Wain during a period of illness, saying: "A great love story can begin with even the most serendipitous of encounters. Everyone, meet Peter." 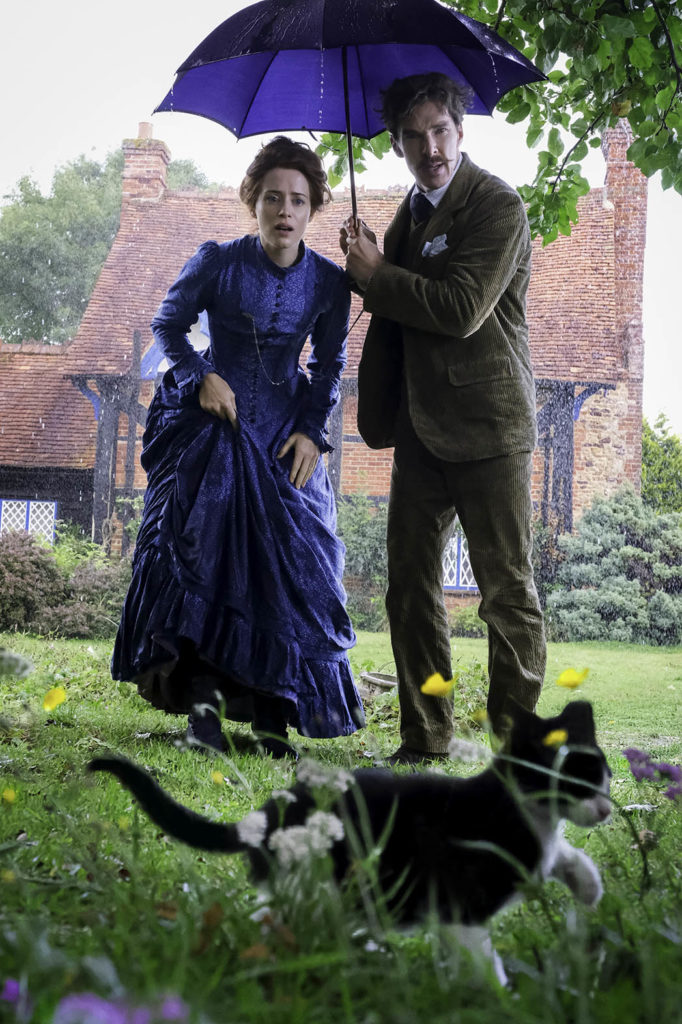 Andrea Riseborough and Toby Jones were already confirmed to star opposite Cumberbatch and Foy. Will Sharpe (Flowers, Sherlock) is directing from a script that he co-wrote. Shooting started earlier this month in and around London, and Amazon will release the movie in the U.S. Bring it on!

Are you excited to see Benedict Cumberbatch and Claire Foy on screen together?