In The Secrets She Keeps, she plays Agatha, a pregnant grocery store worker who becomes obsessed with Meghan (The Crown's Jessica De Gouw), another pregnant woman living a much more glamorous life as a cashmere wearing mummy-blogger with her handsome TV presenter husband Michael (Patriot's Michael Dorman). Launching today (July 16) on Sundance Now, it's an instantly gripping six-parter driven by a brilliant performance by Carmichael, who manages to make Agatha sympathetic as well as pitiable. Here, she talks about tackling this "gift of a part" and shares a few memories from her Downton days. 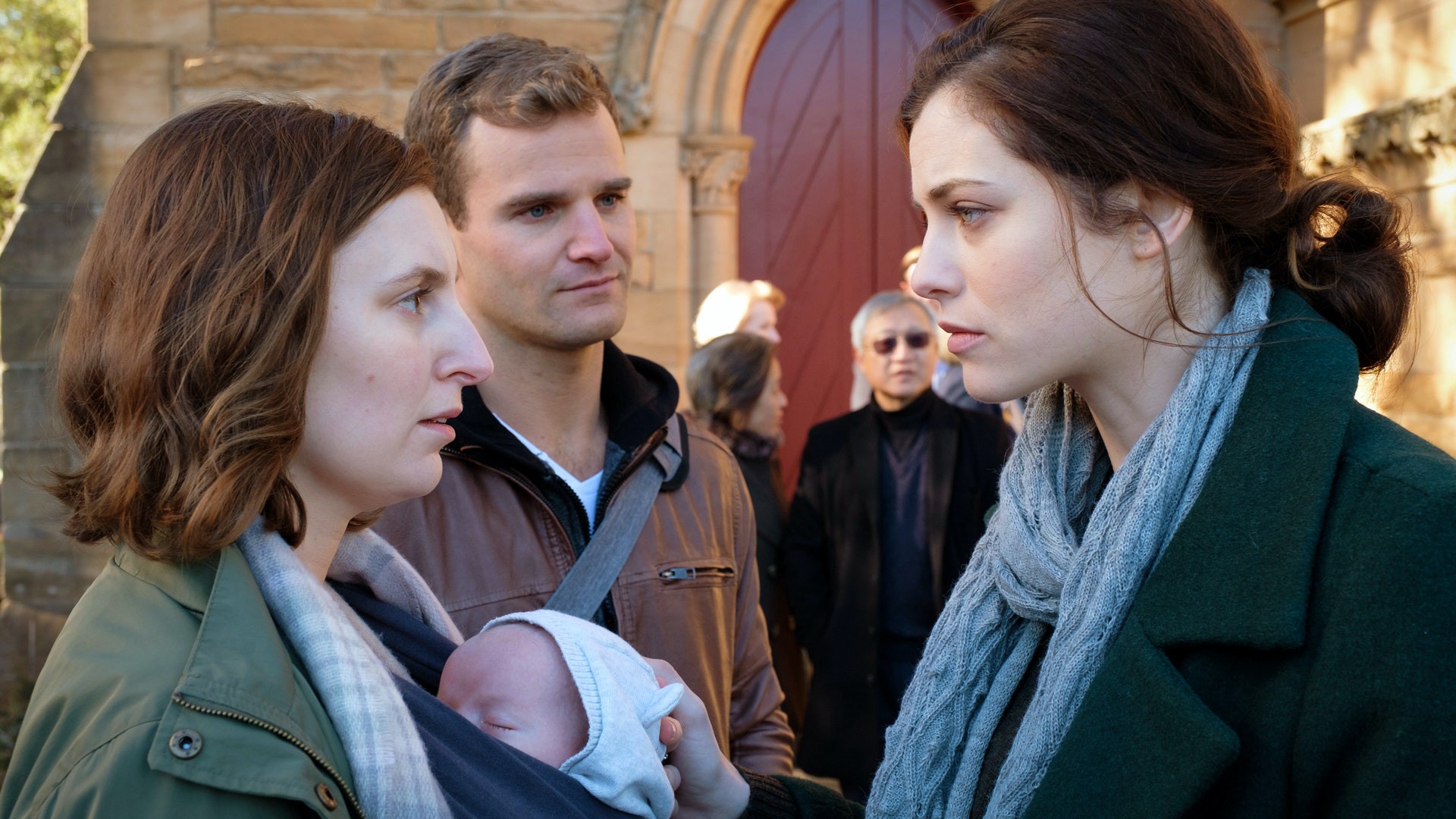 What attracted you to The Secrets She Keeps?

You know, I had been doing The Spanish Princess as well as Downton, so I definitely wanted to look at projects that were quite modern. And then when I read the script, I just thought it was so, so great and absolutely in a genre that I was interested in doing – and not like anything I've ever read before. It was really putting the crime aspect of the story into something that was very female-focused and so relatable in lots of ways. I'm talking about the need to be a mother, and the need to be a perfect mother. And then there was this extraordinary character who's had so much happen in her life that would lead her to do these terrible things. So I just thought it was a really interesting script and really, such a gift of a part.

We see Agatha's dark side right from the start. Did that make her especially challenging to play in a way that's relatable?

Like you say, from the first time we Agatha, she's taking photographs of Meghan. There's no sort of shock twist – it's just like, "something's not quite right here." But I think as you go on with the series, we reveal more about her past and the desperate circumstances she's found herself in which could lead her to do the terrible things that we see her do. And that sort of coincides with how the audience's feelings about Meghan and Jack change. It's just really great writing and a gift for the actor to be able to kind of work backwards and reveal things at different times. That's actually really fun to play.

Were you able to let go of Agatha at the end of an intense day's shooting?

Yes, I think I was able to. Obviously I was so far away from home but I'm actually super-lucky to have friends in Sydney and also to have been working with such an incredibly kind and brilliant cast and crew. I never felt closed off or lonely, but I did think beforehand that I might. I thought that I might go down this hole and turn into this madwoman and not see anyone for days on end when I wasn't working. I was a bit worried about that, but I think I was able to park the character quite well. And I think that's right because this role would definitely beat you up a bit, and I think part of your job is to be able to let that go at times.

Were there any noticeable differences between shooting in the U.K. and shooting in Australia?

I cannot believe how good the food was! Every day, there was a different banquet of deliciousness – I was like, how are you doing this when you're still cooking out of a van? I don't mean to pull down British catering, but it's just that this was on another level. But other than that I was really comforted by the fact that when I arrived on set, I met all the different crew members and it was like, "here's the script supervisor, here's the grip." It all totally made sense straight away because a set is a kind of universal language, and that really put me ease.

Because you're primarily known for Downton Abbey and The Spanish Princess, have you found that you're offered a lot of period dramas?

I feel very lucky in that Downton was really my first job and it opened so many doors for me. I'm always sort of in awe of it. But yeah, I have had a lot of period work since then – I think there's a lot of it about; it still remains in-demand and it's what we're producing a lot of. And with The Secrets She Keeps, I often think that if it had come from the U.K. [rather than Australia], I don't think they would have seen me for the part.

Is that because you're so readily associated with Lady Edith, who's such a different character from Agatha?

I think so and I absolutely understand that. You know, it's no one's fault that this is sort of the way things happen in film and TV. I think it's just that when you've been so associated with something for such a long time, it takes a real leap of faith for people to think: "Oh, do you know what? She might be right for this role that I've never seen her do before." That's always there and makes it feel a bit risky, I guess. And so that made it very exciting for me to go somewhere else and try something so new with this series.

Having played her for so many years – then revisited her in the Downton Abbey movie – do you miss Lady Edith at all?

I guess I miss the people. It's a really joyful company to be part of and we're still very close. Everyone's so supportive and there's a really lovely family feeling to the show, but I don't think I miss playing the part. I mean, she had a great arc and such a good innings of highs and lows, or should I say "lows and highs?"

What did you learn from working with the great Dame Maggie Smith for so many years?

Well, she was just so brilliant to work with. And she was just always right. She really challenged things and always asked questions that would make me think "oh, that's so smart." She was always wanting to get to the truth of it and really interrogate the blocking of the scene and the structure of the scene so that we could make it perfect. That way, she could fully commit to the scene and do something quite spectacular in it. And that's a real lesson for actors – not to keep questioning to the point of being a pain, but to find the truth of the situation and to really do the work so that, in this short time you're given on a film set, you really make sure you get it right.

And finally, how do you tend to keep yourself entertained between takes on set?

Really short games! So, crosswords – on The Spanish Princess there was a gang who'd do crosswords between takes because you don't want to do crosswords on your own. Anything between a team of three and a team of five works for crosswords – but no more than that. On Downton we played a lot of Bananagrams which went down well. I always think "oh, I'll bring a book in" but you never know how long you're going to get between takes – it could be 10 minutes, it could be two minutes. And more often than not you lose your book because you put it down and suddenly it's in shot and gets moved out the way by someone who's just doing their job by hiding it.

Are you looking forward to watching Laura Carmichael in The Secrets She Keeps?

Andrea Riseborough to Star Opposite Kate Winslet in ‘The Palace’