Not many scientists transcend the academic world to become a cultural icon, but Professor Stephen Hawking, who died today (March 14) at the age of 76 in Cambridge, England, was one such scientist.

His visionary theories about black holes and relativity transformed physics, and his 54-year-long fight against motor neurone disease, or ALS, inspired countless people across the globe.

Eddie Redmayne was among the first to pay tribute to Professor Hawking this morning, having won an Oscar in 2015 for his portrayal of the young scientist in The Theory of Everything. 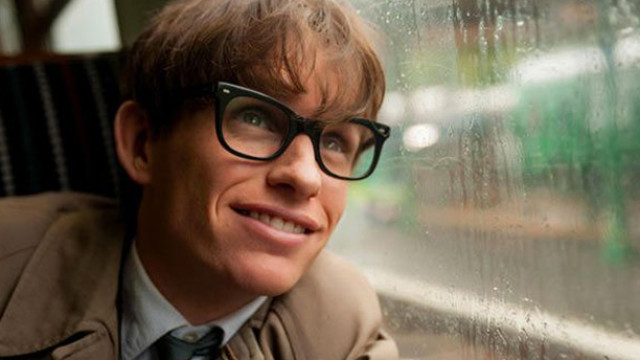 "We have lost a truly beautiful mind," Eddie said in a statement, "an astonishing scientist and the funniest man I have ever had the pleasure to meet. My love and thoughts are with his extraordinary family."

Eddie is not the only actor to have portrayed the late scientist. Benedict Cumberbatch, who played him in 2004's Hawking, and met him twice in the run-up to filming, paid tribute today, saying he felt "so lucky" to have known "such a truly great man," adding: "I will miss our margaritas but will raise one to the stars to celebrate your life." 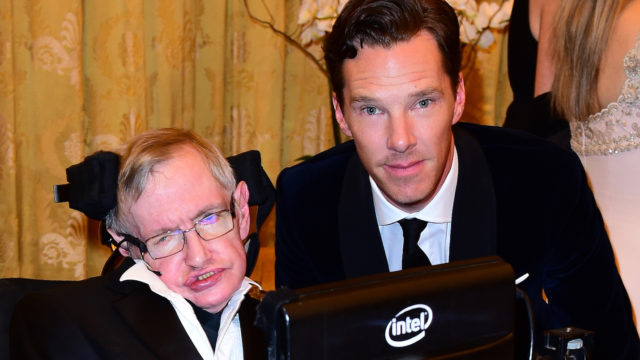 "He virtually created the publishing genre of popular science," Benedict went on to say, calling it "a heroic feat" to bring "the wondrous complexities of the universe to all outside of specialists in this field."

Astrophysicist Neil deGrasse Tyson tweeted a picture of himself with Professor Hawking and left his own tribute:

The Monty Python official Twitter account reminded us all of the version of the "Galaxy Song" from The Meaning of Life they filmed with Professor Hawking in 2015:

The Office co-creator Stephen Merchant was typically self-deprecating in his tribute:

...though one person who didn't need telling was Mira Sorvino, who read the book while studying at Harvard:

Actor David Walliams recalled the 2015 Comic Relief sketch he filmed with Professor Hawking, in which he played his Little Britain character Lou:

Cher had us boggling at the news that she once sat down to lunch with the erstwhile Lucasian Professor of Mathematics at Cambridge University:

Even singer Katy Perry paid tribute, though she didn't quite get his Twitter handle right.

And then there was the Hawking family, referred to as "extraordinary" in Eddie Redmayne's tribute today and in his Oscar acceptance speech in 2015. In a statement, Professor Hawking's children Lucy, Robert and Tim said: "We are deeply saddened that our beloved father passed away today.

"He was a great scientist and an extraordinary man whose work and legacy will live on for many years. His courage and persistence with his brilliance and humour inspired people across the world.

"He once said, 'It would not be much of a universe if it wasn't home to the people you love'. We will miss him forever."