Welcome to this week’s Doctor Who’s Day roundup, an interstellar internet trawl of the best social media stuff and nonsense from the last seven days.

And we begin this week with a series of super-trippy remixes of the classic Doctor Who theme by Gabe Not Dave. Each one takes one of the recordings we’re very familiar with, and slows them down, adding even MORE foreboding and melancholy to what is already a fairly terrifying tune.

Let’s start with the original, slow and thuddy:

Whereas Murray Gold’s 2010s theme emerges with a fresh sense of swing amid spiraling murk:

And here’s the 2018 theme, made denser and more suffocating:

Whereas this version from Weird Extemthion changes the tonality of the 2000s theme by re-pitching it into B-flat from E. Don’t think it’s a big deal? Check this out:

• This somewhat eerie recreation of a lost Second Doctor scene: 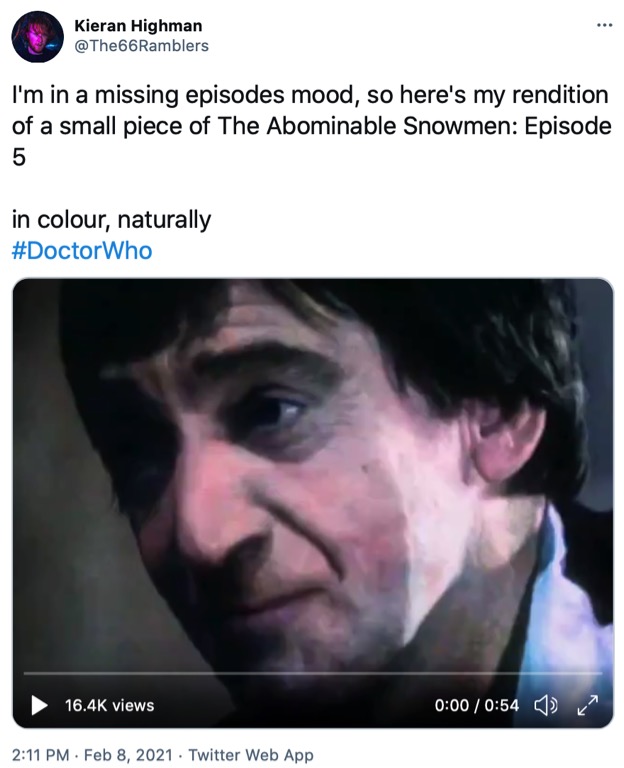 • Want to see a complete history of the sonic?

• Oh here’s a thing (although technically it’s Season 39 if we’re counting from the start): 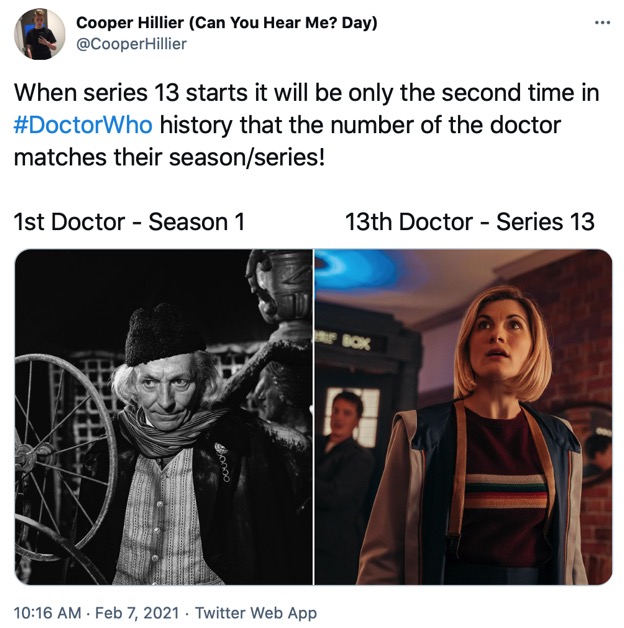 • The Daleks in all their thuggish glory: 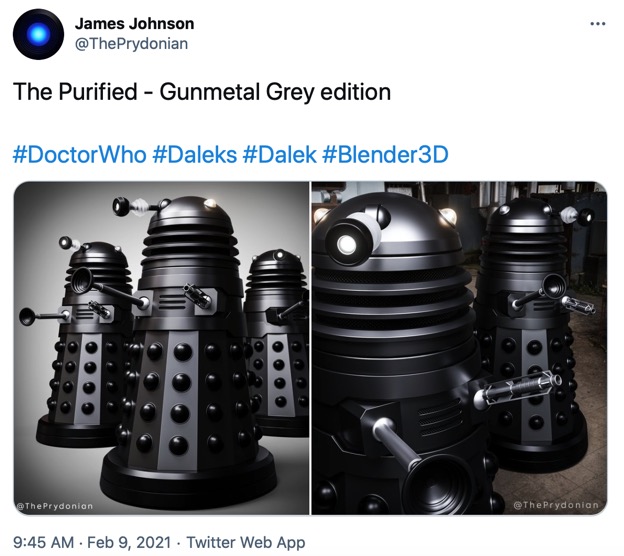 • The Tenth Doctor’s credit sequence gets a neon remix:

• This sweater is brilliant: 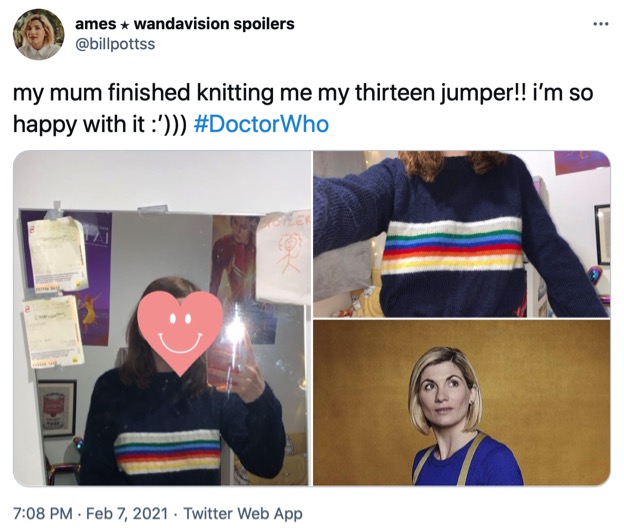 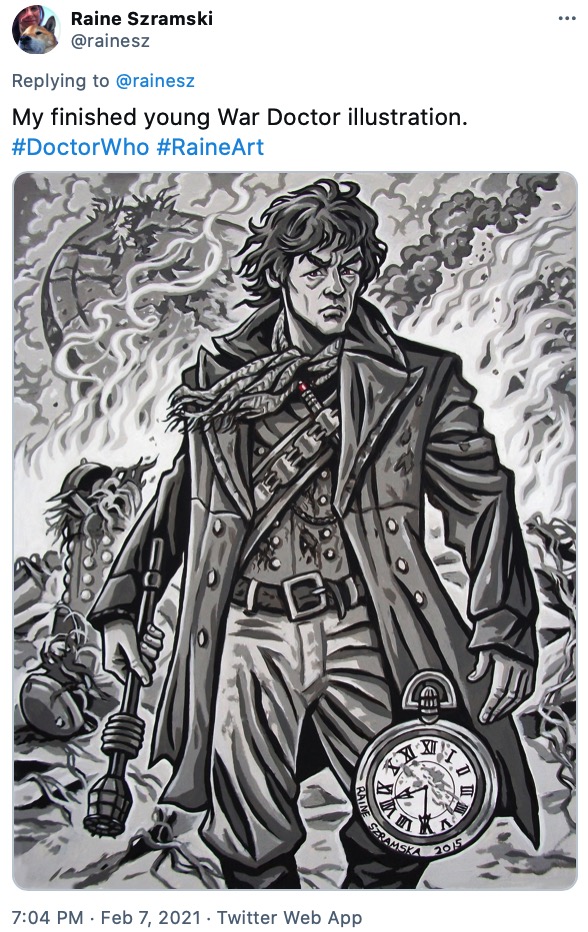 • Another pair of fan-made title sequences, this time for the Thirteenth Doctor and her new fam:

• This one, however, is both monochrome and somehow medical: 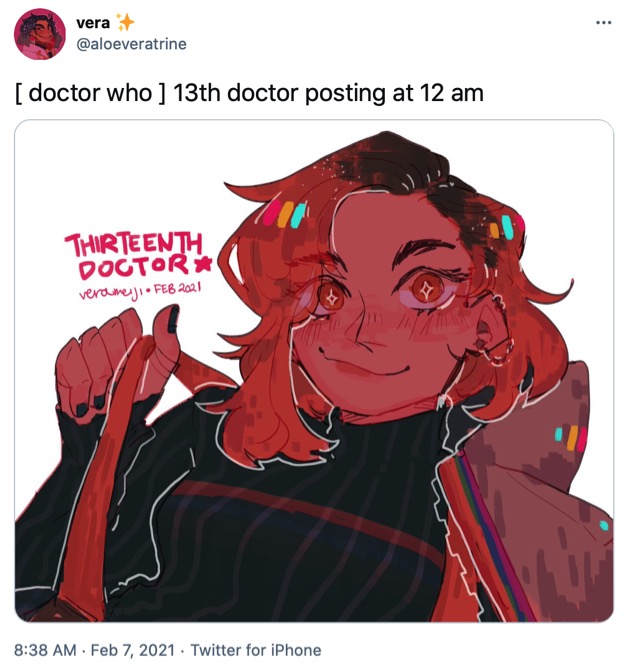 • Two versions of the same point of view. Or are they? 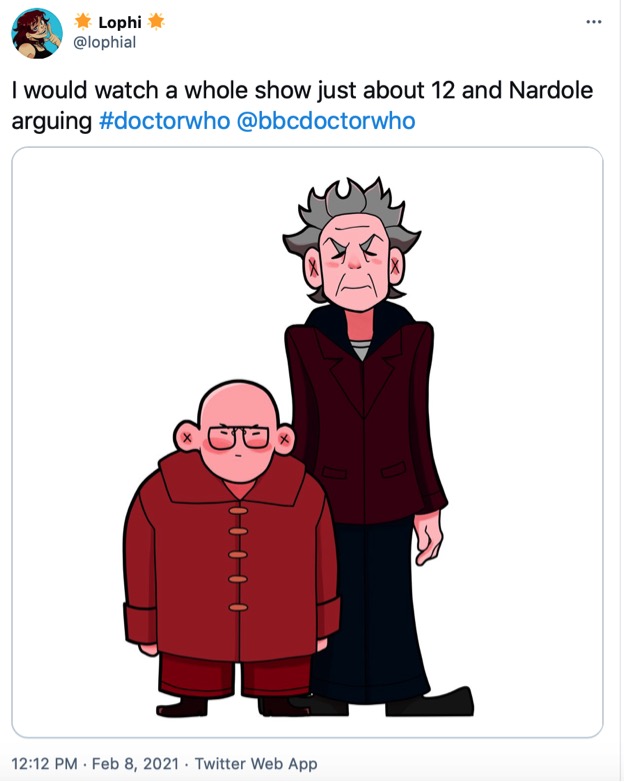 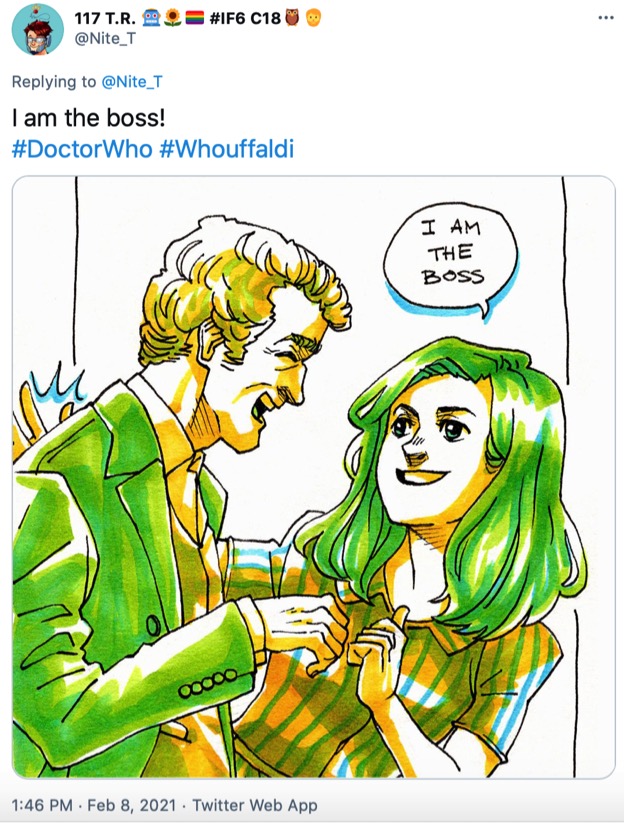 • A compilation of Doctors and companions larking about: 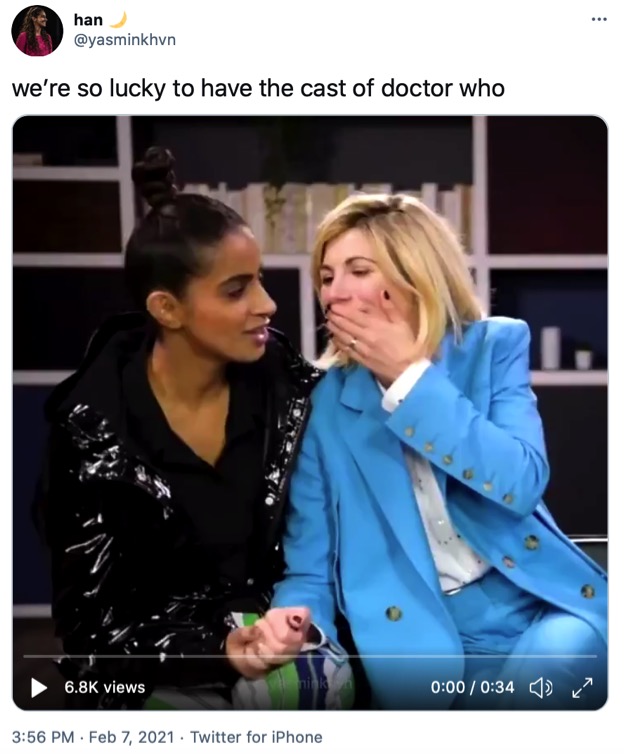 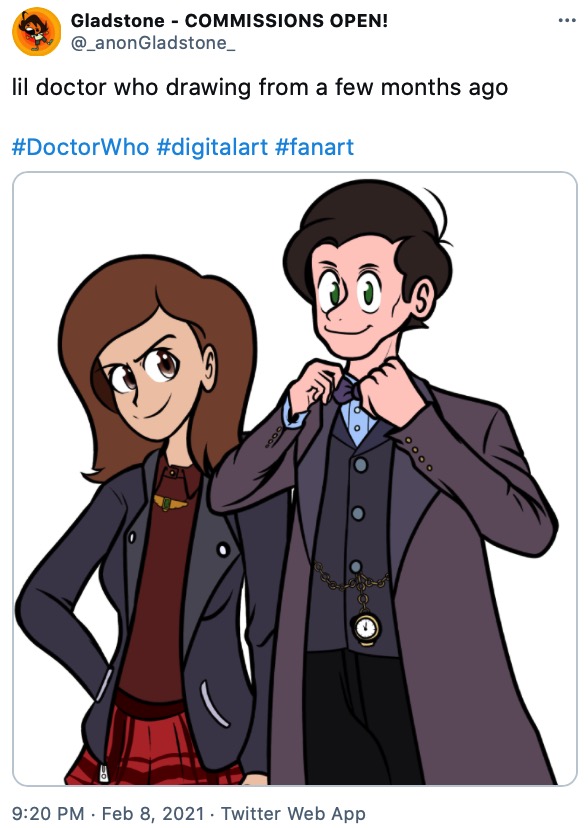 • Cute aliens and an even cuter Thirteen: 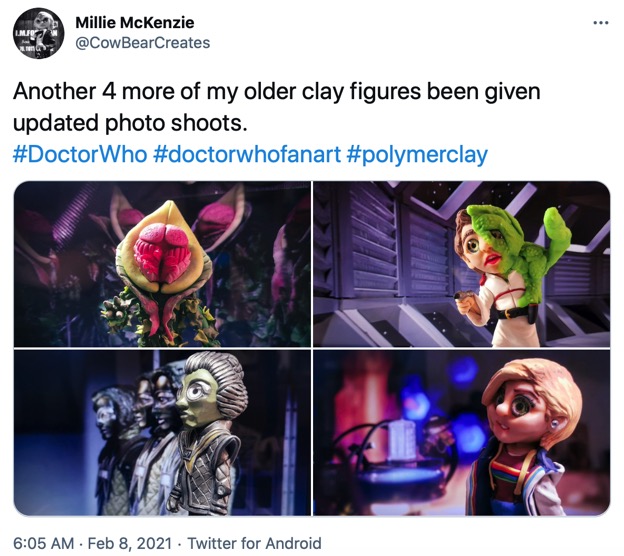 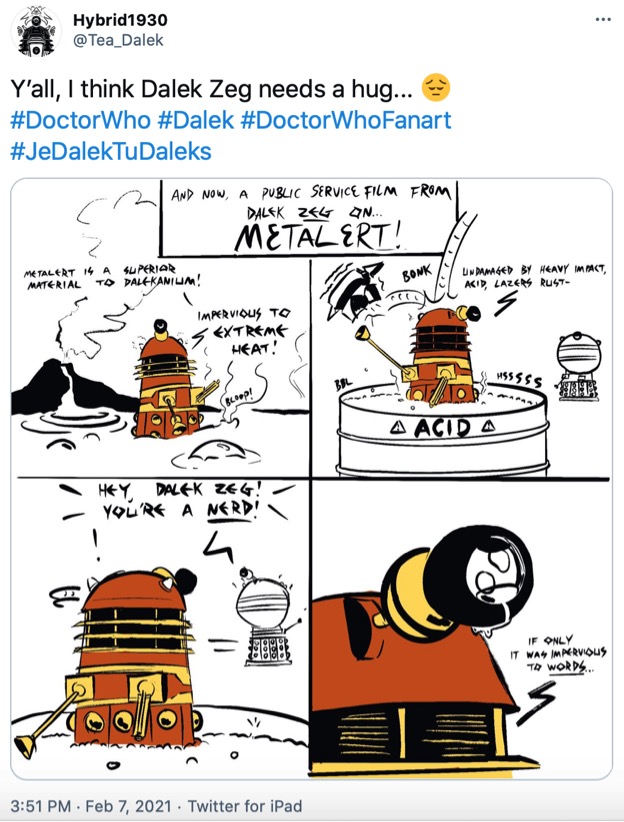 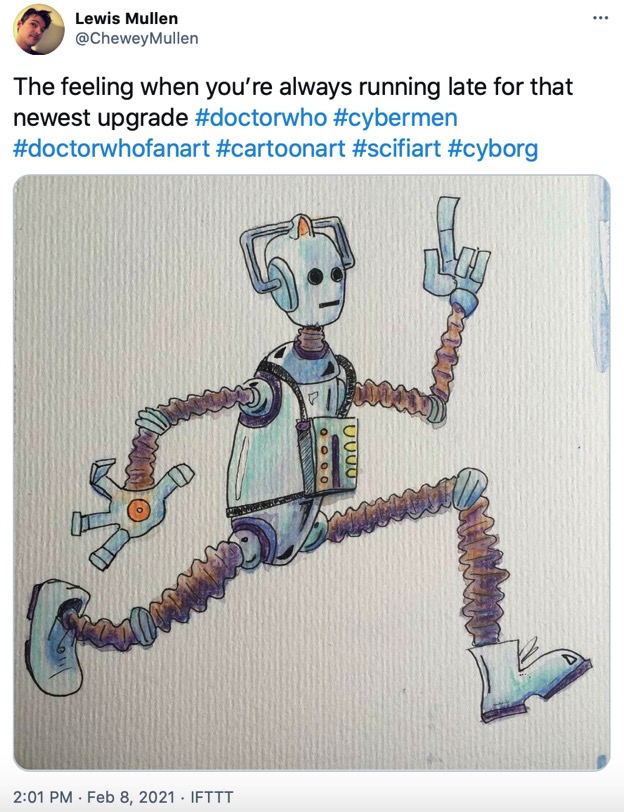 • What if Cybus Industries had made ALL of the Cybermen? 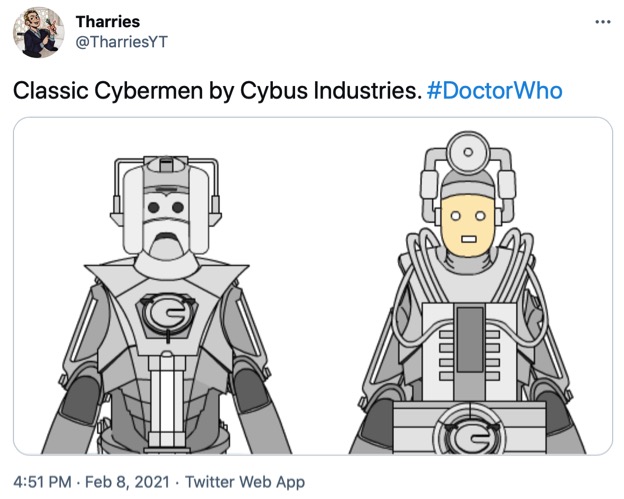 • The First Doctor delivers a speech from the Fourth Doctor:

• Speaking of whom, here’s a fan-made version of the Fourth (and Third and Fifth) Doctor’s sonic screwdriver: 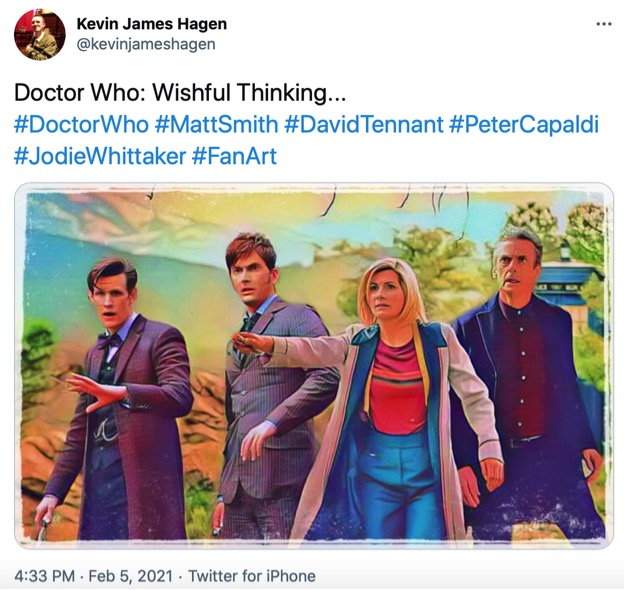 • Tears of joy from the Master: 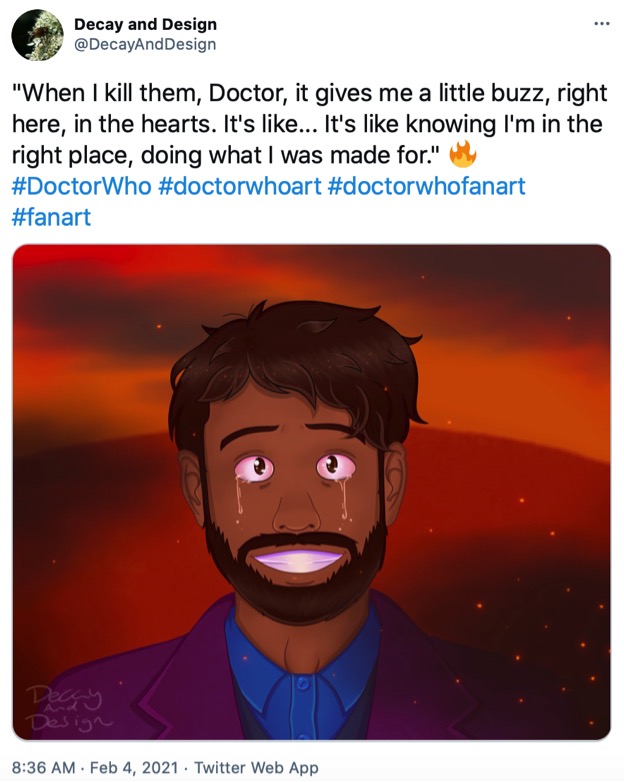 • And then he’s back to sulking again: 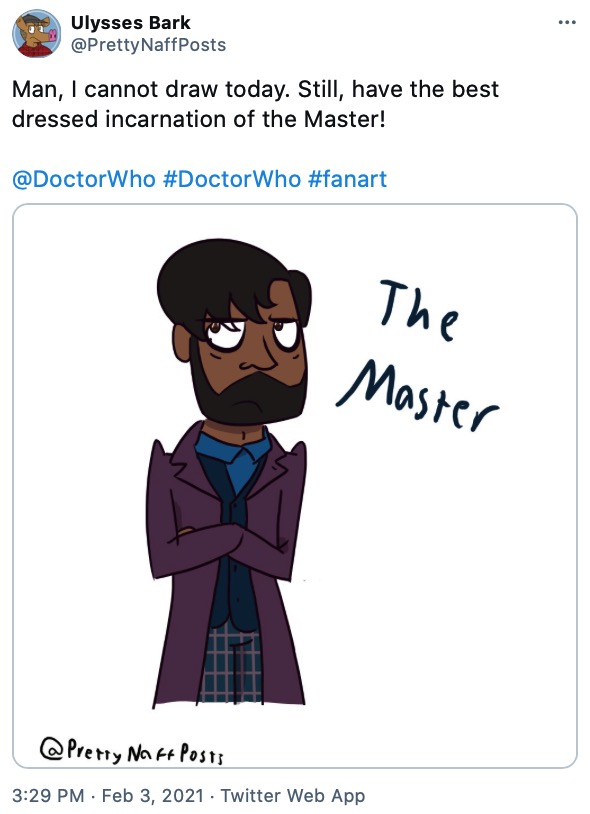 • "Can You Hear Me?" gets day-glo fan art treatment: 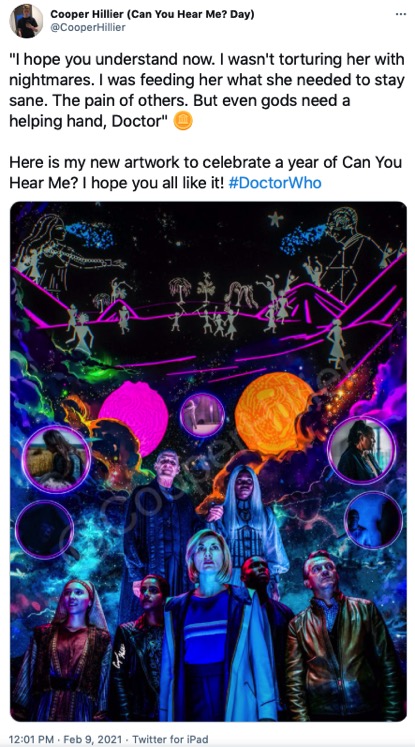 • And to round everything off this week, how about this, for hardcore fans only. Who wants the hear the 1970s end credits Doctor Who theme, but on a loop for an entire hour?

What, ALL of you?