Welcome to this week’s Doctor Who’s Day roundup, an interstellar trawl through Whovian news and fandom over the past week on social media and the internet.

And we begin this week on two musical notes. First, just stop what you’re doing and appreciate the genius of Sycorax Rock, who created a homage to Twelve in the style of Hamilton as part of their Thirteen Doctors, Thirteen Songs thread:

Picked your jaws up off the floor? OK. Now we all know that the Doctor has a theme song, and individual companions have their own musical motifs, but do the Daleks? Not as yet.

So hats off to Harry Hudson, who has been working on a Dalek theme. It’s soft and creepy to start with, like a Dalek in the distance, before taking a louder and more strident tone as they get a bit closer.

And that’s not the only Dalek-related thing on the internet over the past week. Ever wondered what happened to Susan, the Doctor’s granddaughter after the Dalek Invasion? Wonder no more: 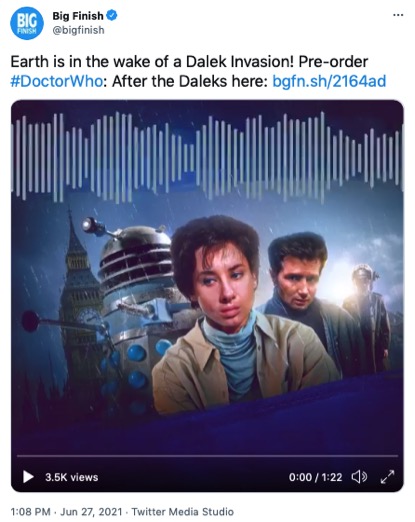 We find out what it is like to be a Dalek from the inside: 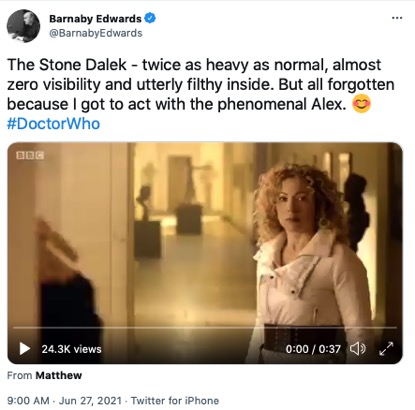 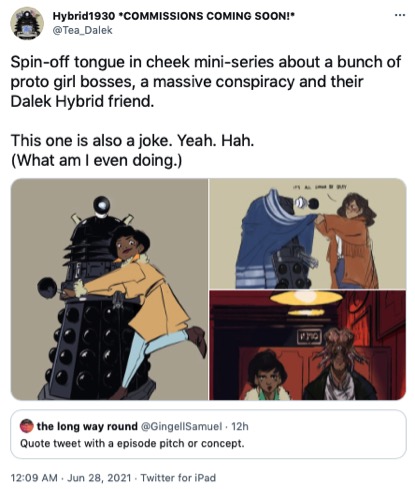 And they’re coming for Four (again): 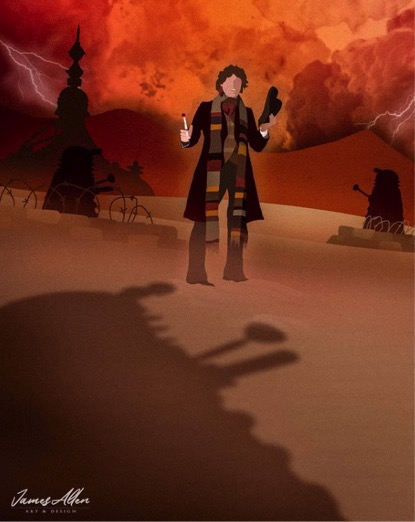 Here’s what else has been going on in space and time for the past seven days:

• The Eighth Doctor gets his own fan-concept title sequence:

• Cartoon Thirteen has a thoughtful moment: 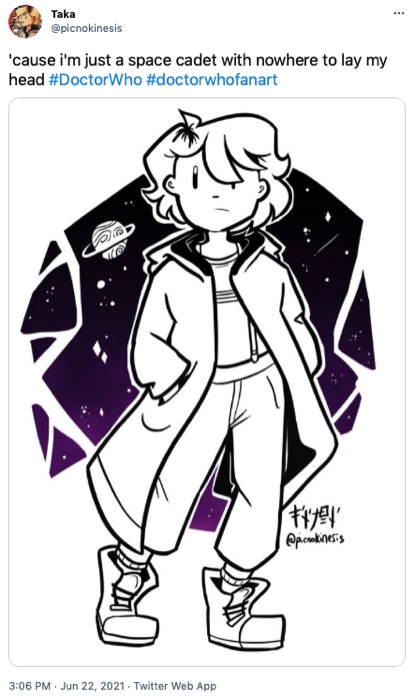 • Before resuming what she does best, running: 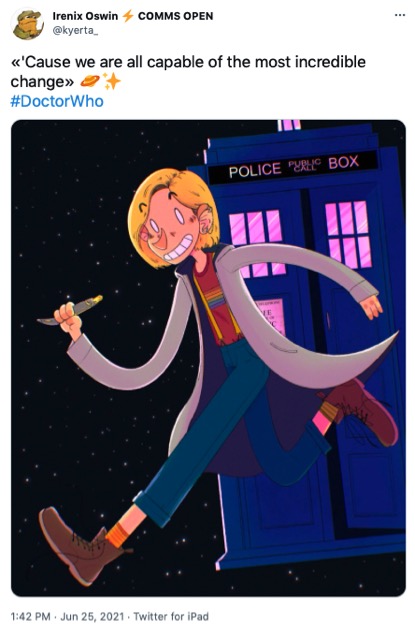 • This footage of school kids being harassed by a Yeti in the London Underground: 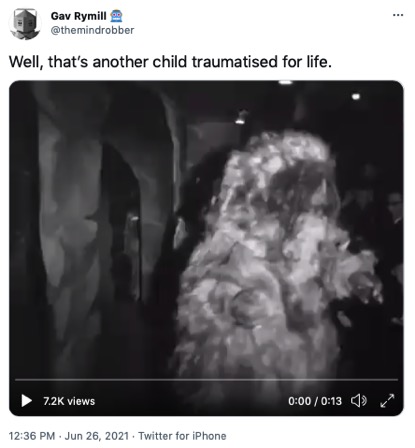 • Would anyone like to receive Ten in your letterbox? 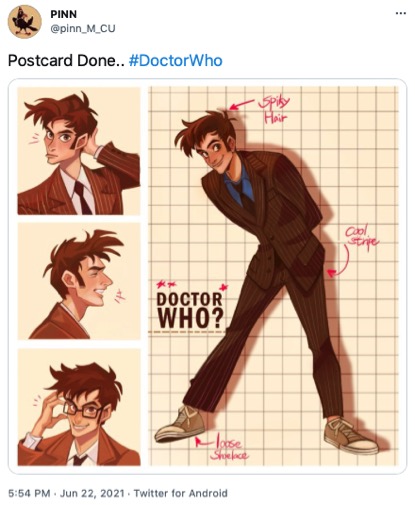 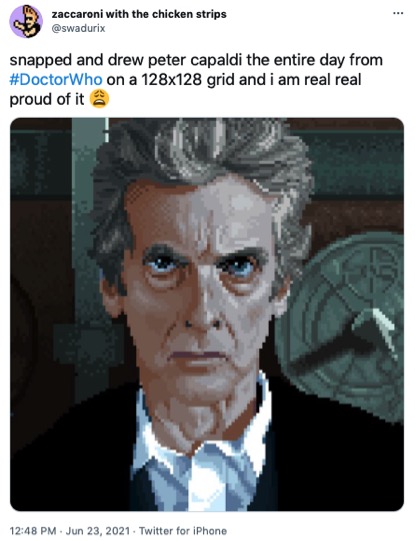 • Someone has tied up the TARDIS in time: 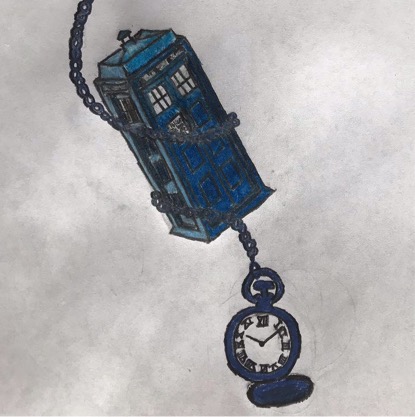 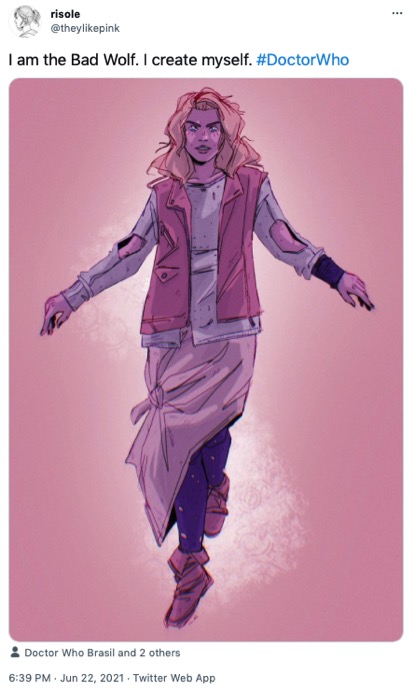 • You may have seen the viral meme doing the rounds based on a moment of dark revelation between Padme and Anakin in the Star Wars universe. Not to be outdone, Whovians have made their own versions: 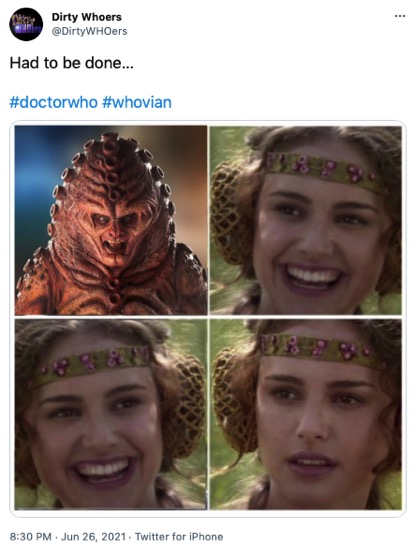 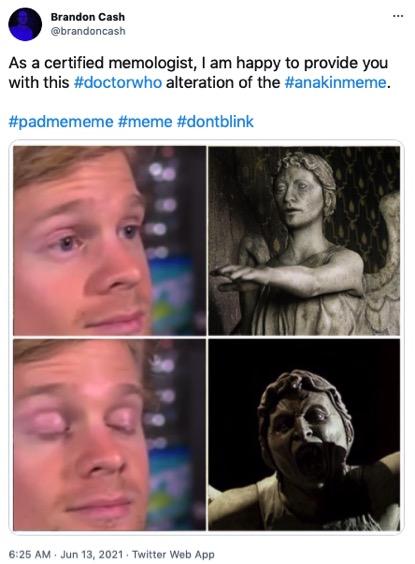 • This one is based on a particularly emotive fan reaction to the end of “The Time of the Doctor” by YouTuber Sesskasays:

• And while we’re comparing Star Wars and Doctor Who:

• Now this is a memorable image: 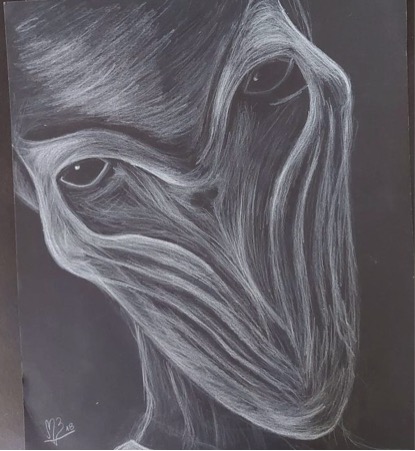 • The Eleventh Doctor gets a hunky physique to match that square jaw: 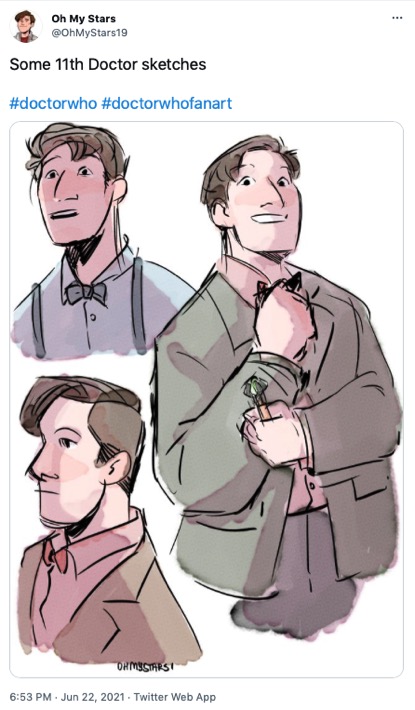 • Don’t look so surprised, Master, you know what you did: 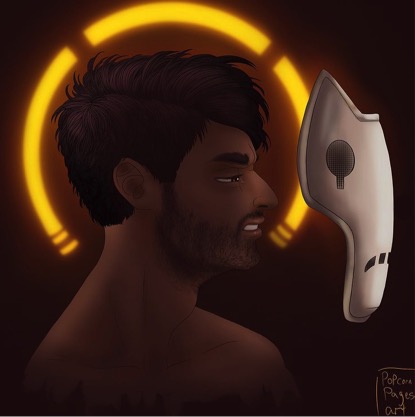 • A smiley pancake for Twelve: 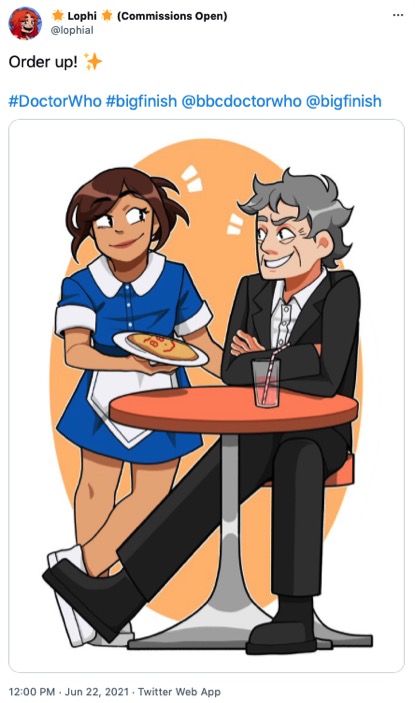 • The War Doctor gets some Big Finished inspired fan art: 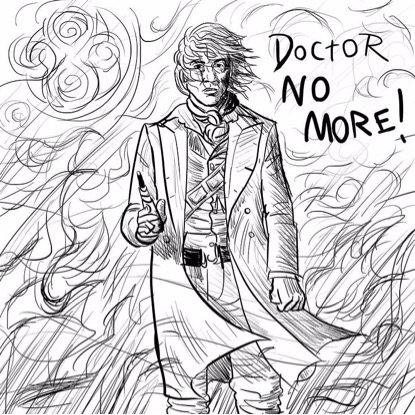 • This man has built his own Doctor Who guitar – a guiTARDIS, if you will – and it’s got a crack in it:

• To round things off, how about some fan tributes to the wonderful Jackie Lane, who played First Doctor companion Dodo Chaplet, then went on to support Doctor Who cast members on the other side of the camera: 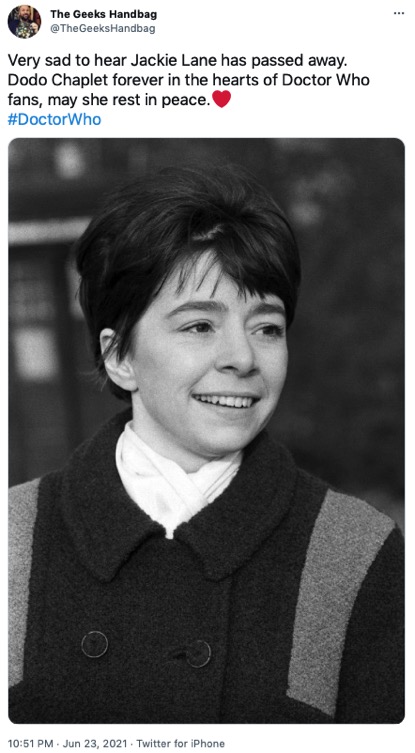 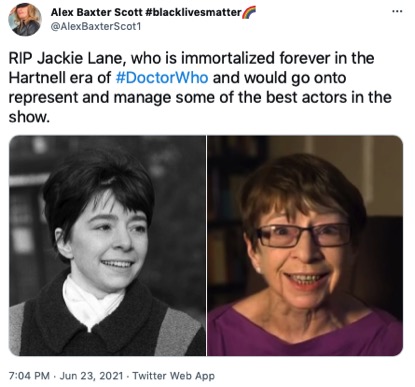 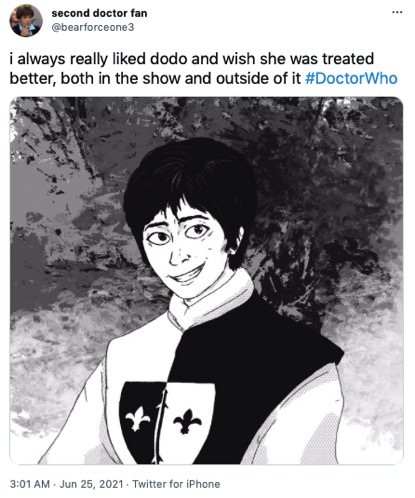 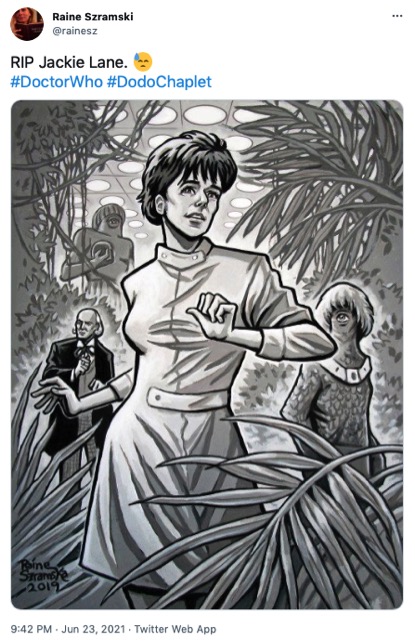