Welcome to this week’s Doctor Who’s day roundup, a seasonal slice of Gallifreyan trifle, layered up with all the best news, fan creativity and daftness across the last week in social media.

And, despite this being the week in which the Doctor escaped from prison, welcomed back Captain Jack Harkness, and said goodbye to some old friends AND enemies (more on this later, so watch out for spoilers), we begin this week with a startling display of unexpected fan creativity.

To celebrate the new year, a gang of Russian Doctor Who superfans called the Soyuz Russian Doctor Who Outpost created this lip sync video, which features a LOT of tremendous cosplay. See how many Doctors, Masters and companions you can spot, while learning the delightful ditty “The New Year Song (5 minutes)” by Ludmila Gurchenko.

Frankly we got as far as Missy before collapsing into giggles at the wonder of international fandom.

Read on for what else has been going on in space and time this week!

• Sob! Bradley Walsh and Tosin Cole have left the TARDIS:

• Jack and the Doctor and a selfie:

• The Merchandising of the Daleks (fake): 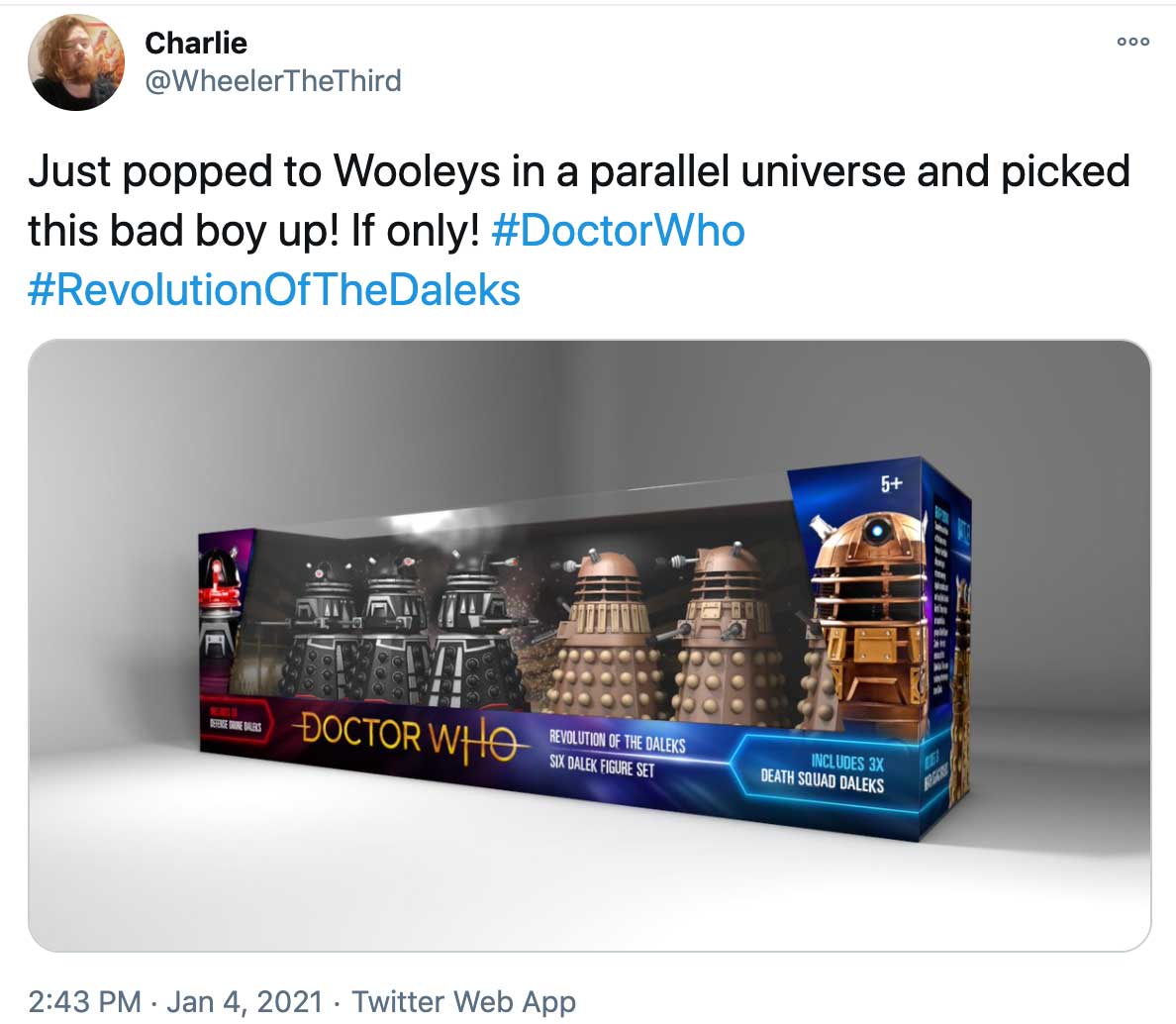 • We go behind the scenes of a TARDIS arrival:

• This amazing “Revolution of the Daleks” fan art: 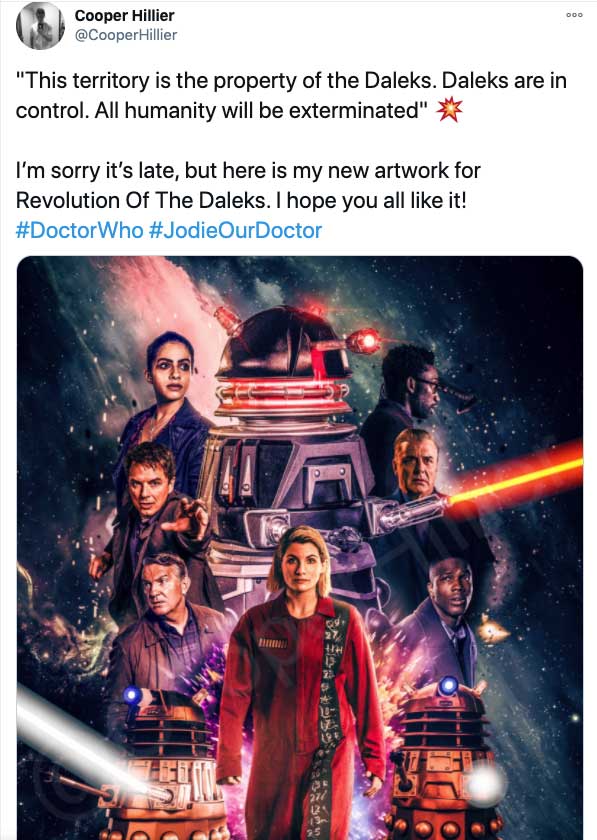 • No, THIS amazing “Revolution of the Daleks” fan art: 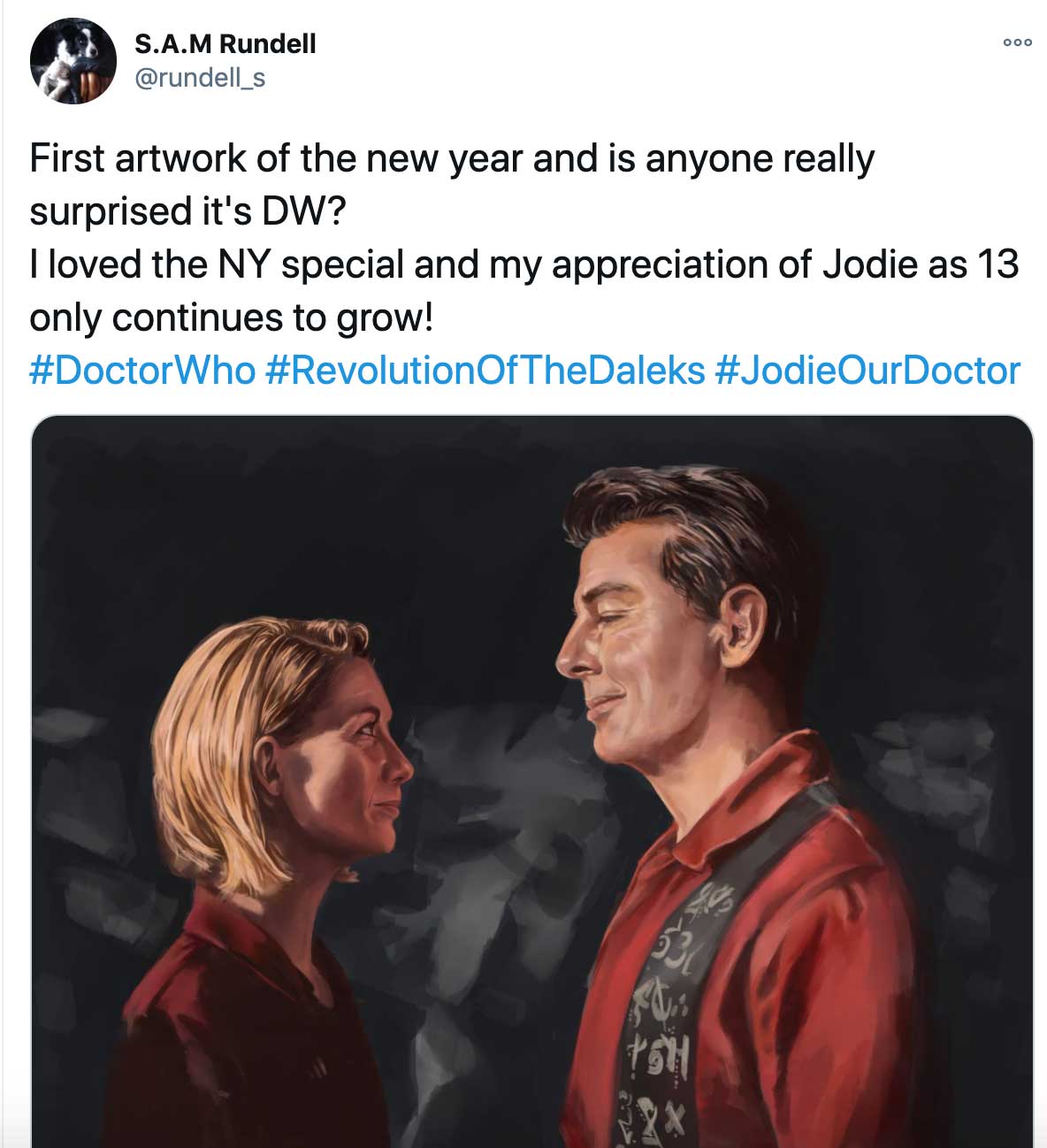 • The real Daleks make being a Dalek look easy: 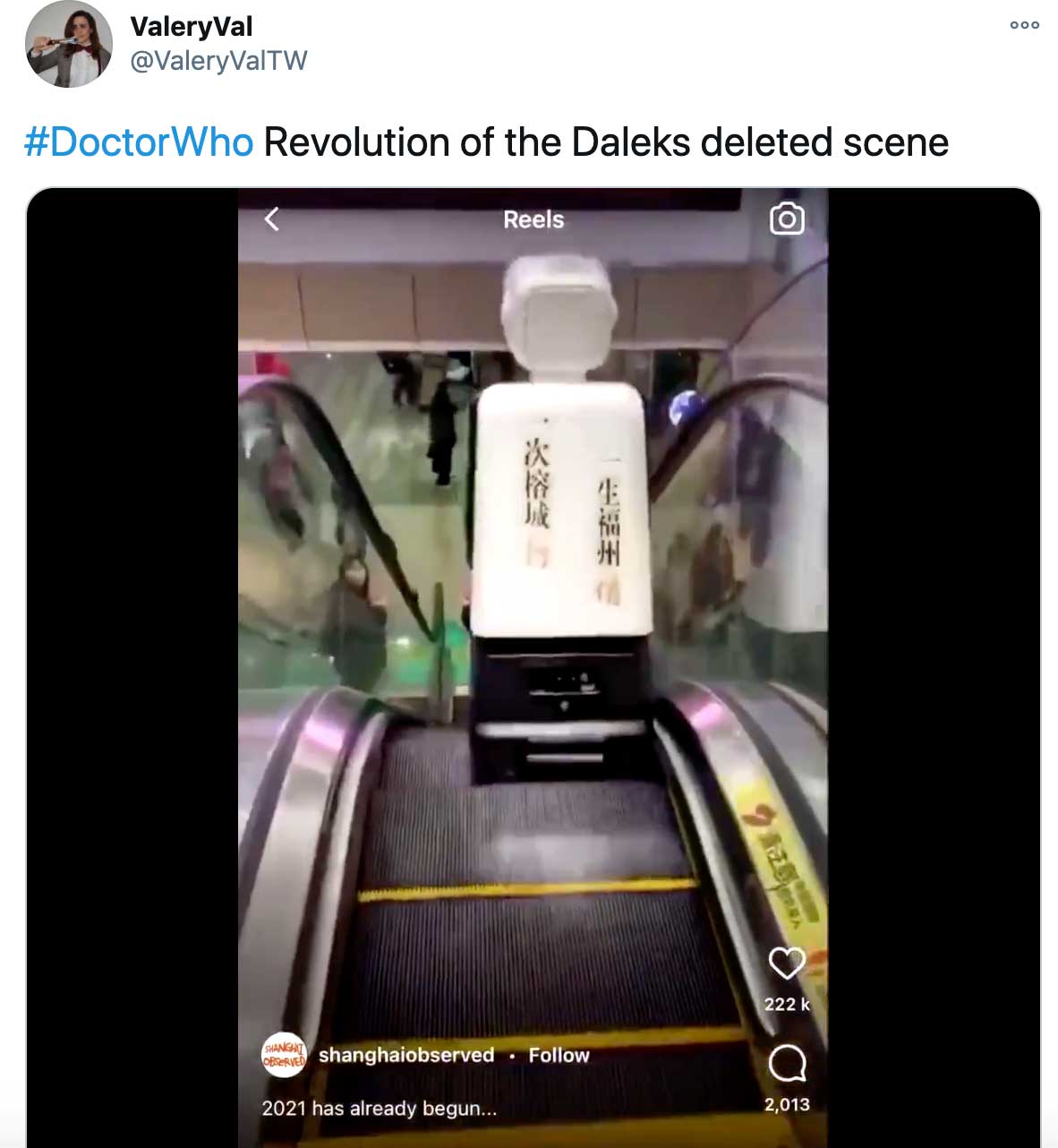 • The Merchandising of the Daleks (real): 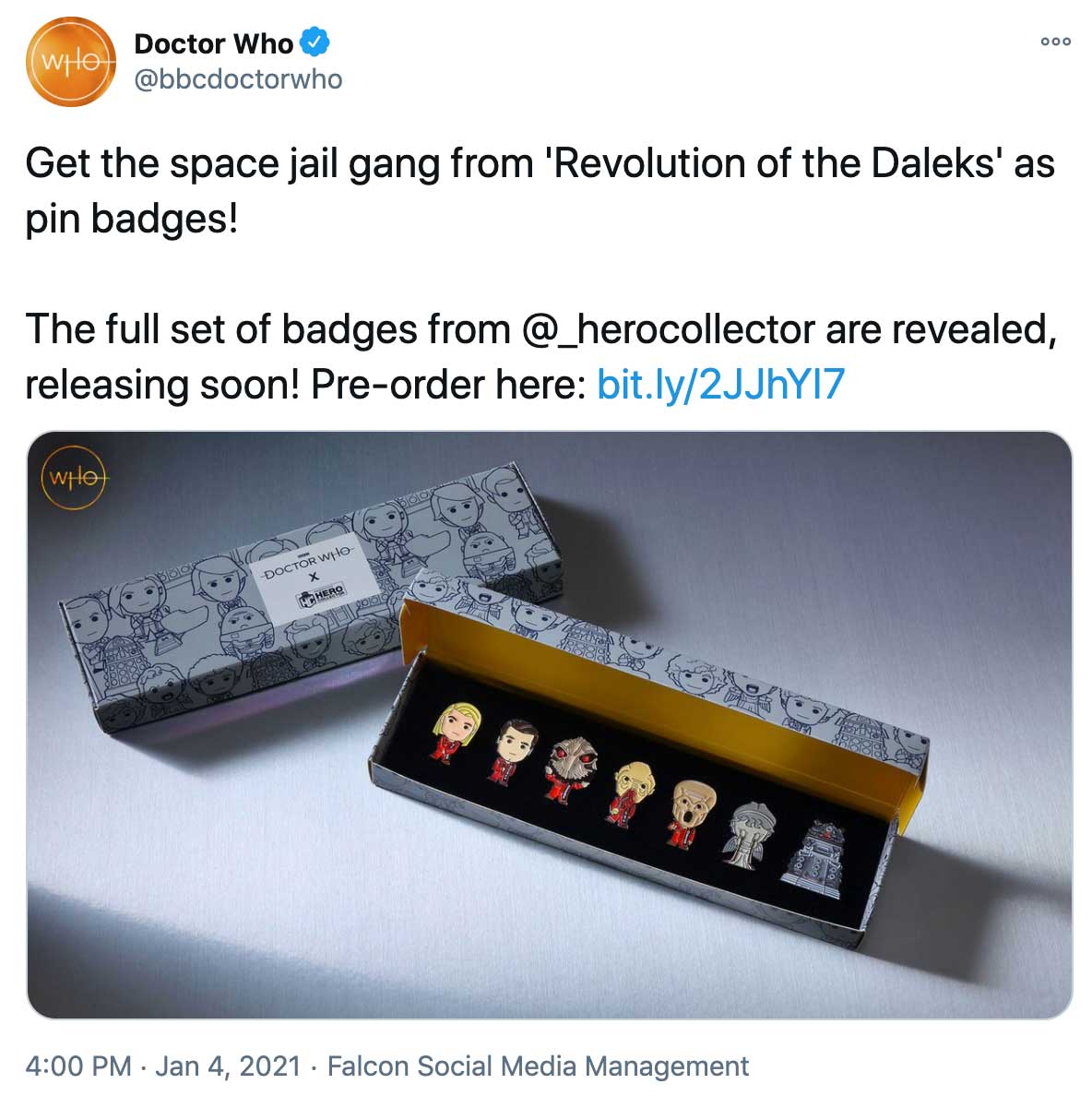 • And this, for a final word on Daleks: 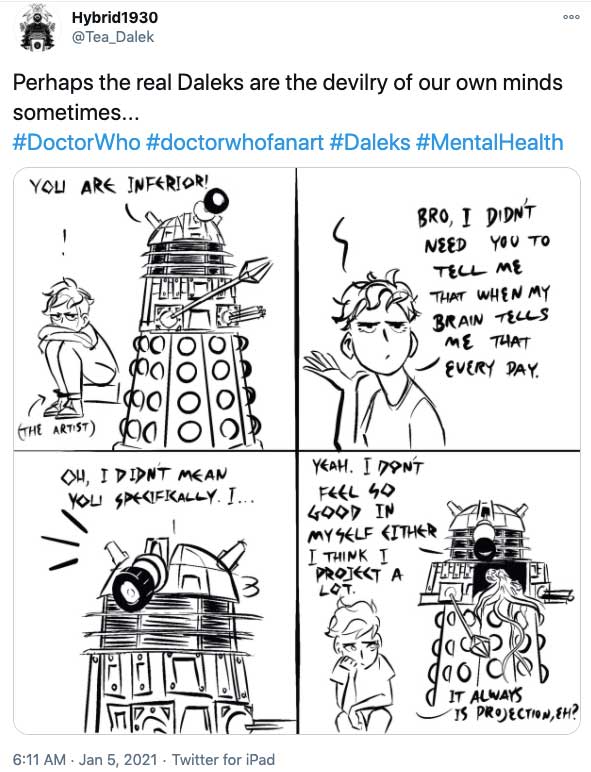 • This is not a safe beach for bathing: 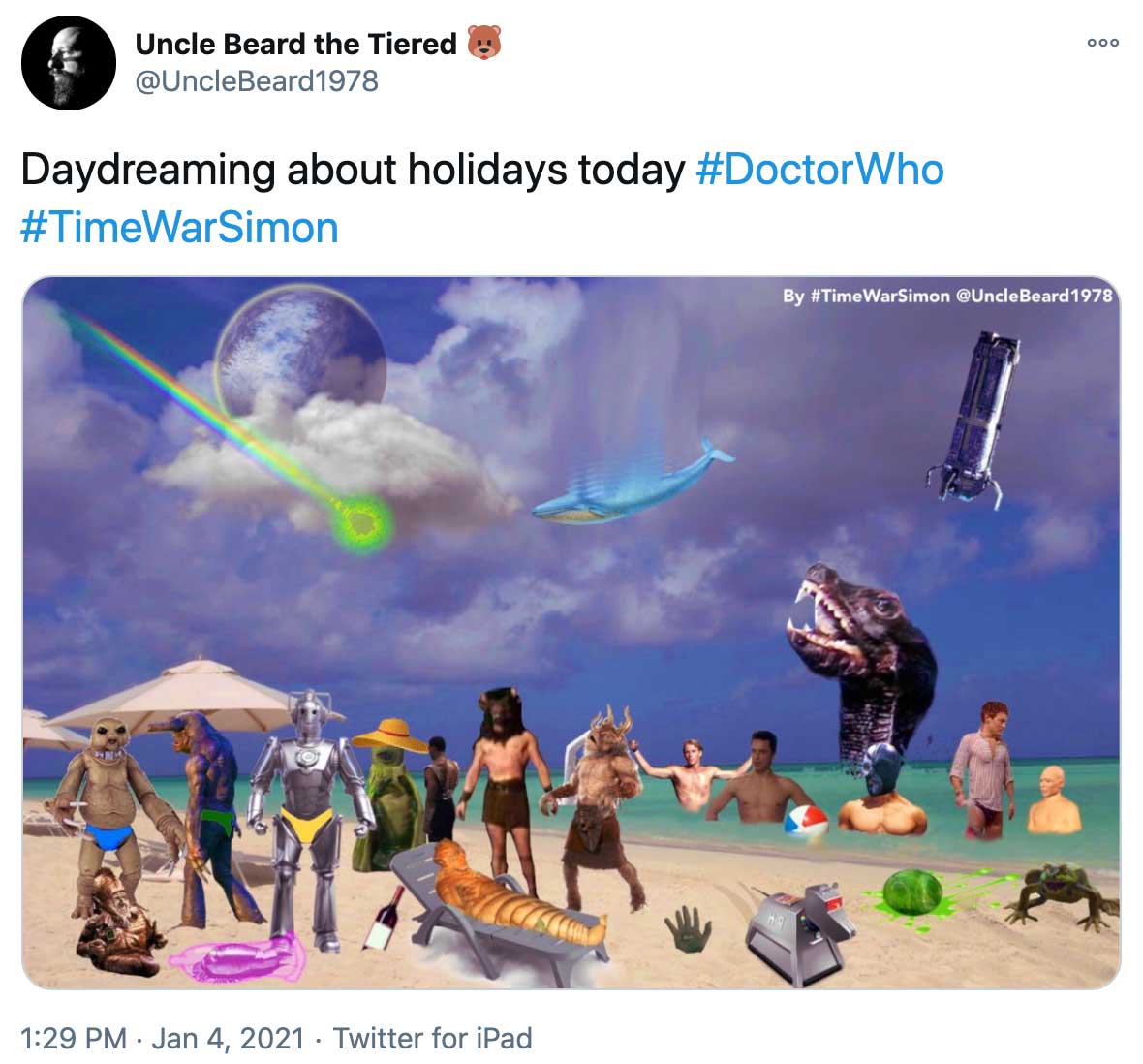 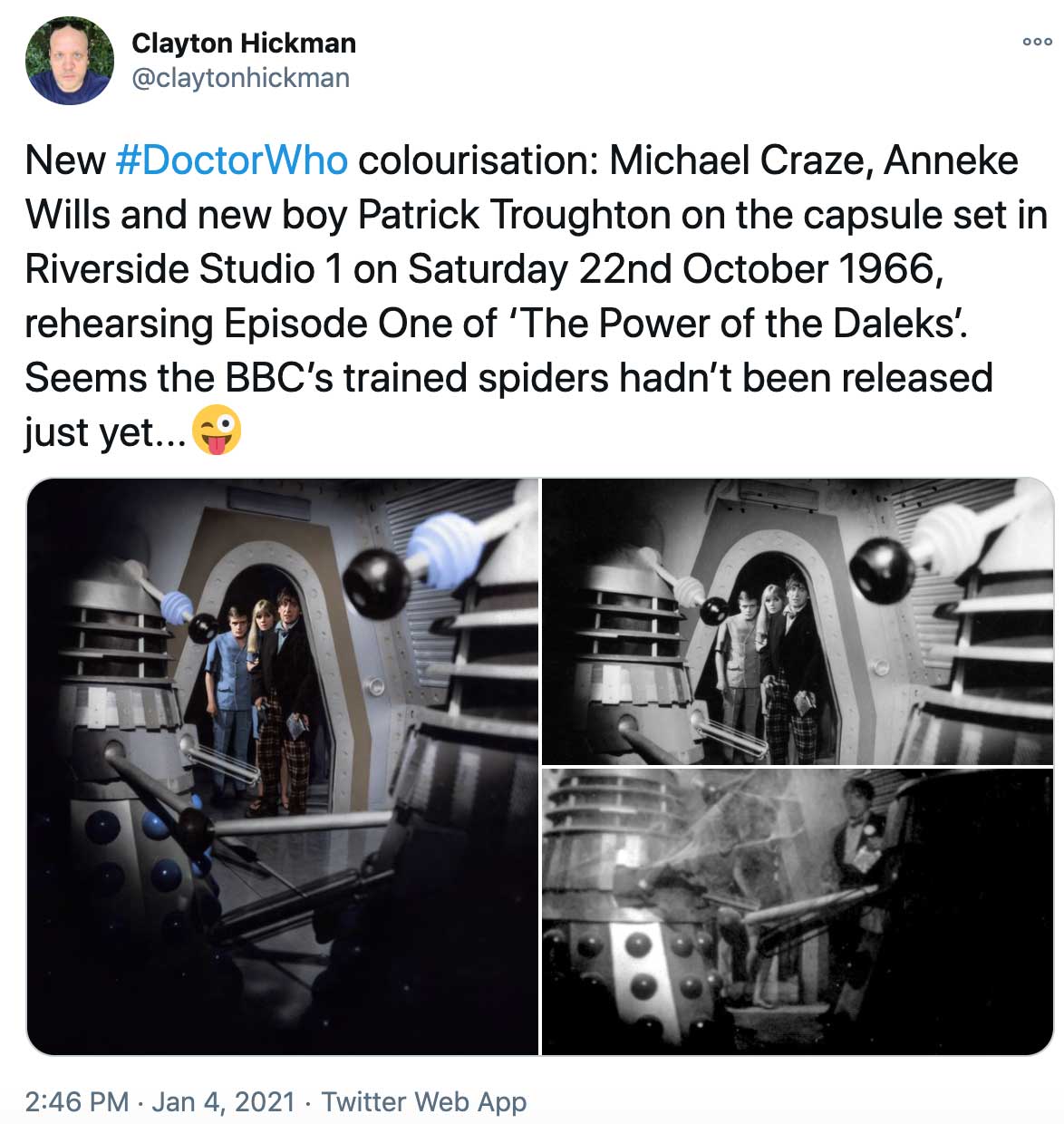 • A fan-made trailer for the first Fourth Doctor adventure, “Robot”:

• Twelve meets an old enemy of the Third Doctor: 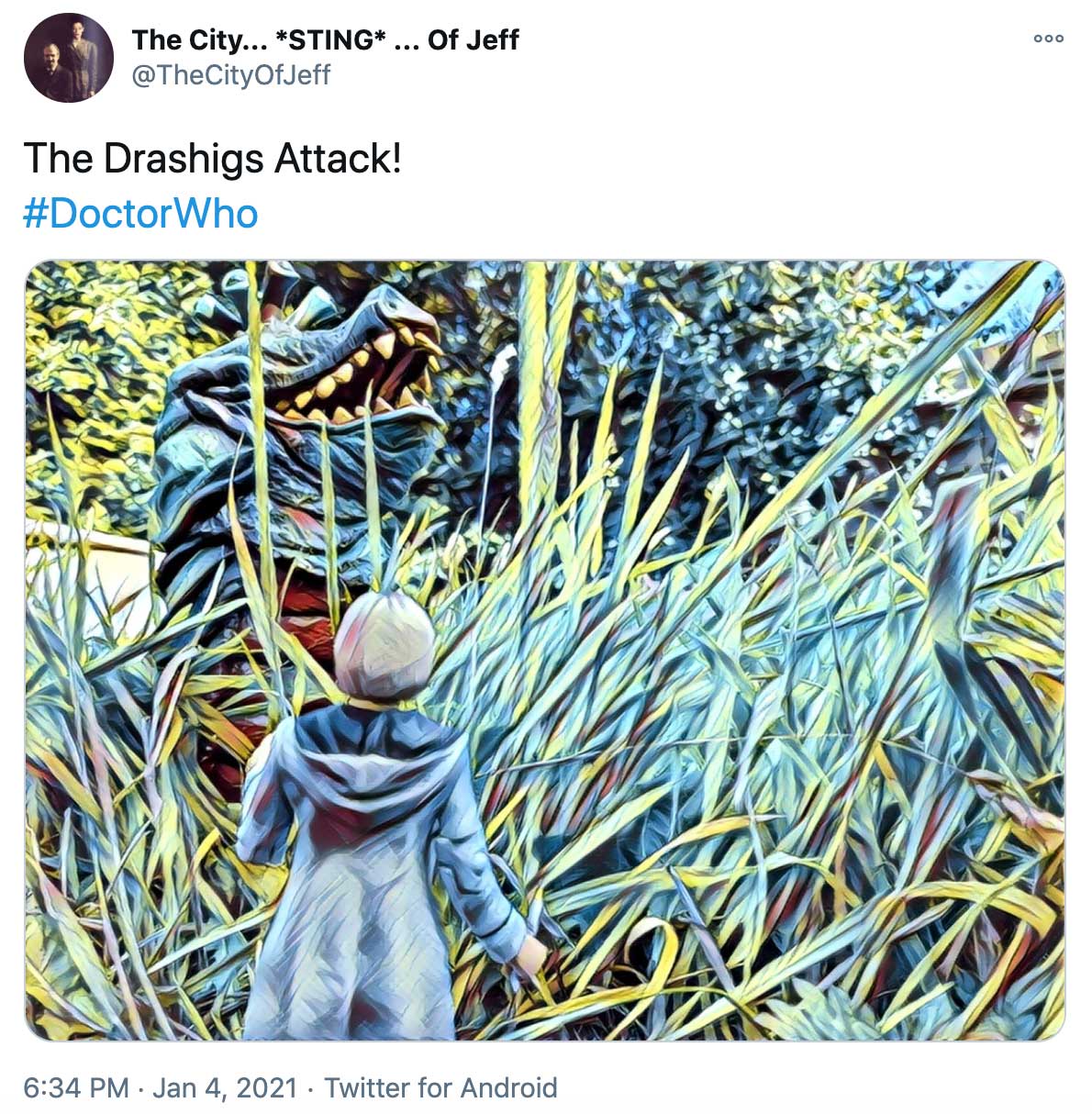 • A touch of movement added to a lost classic: 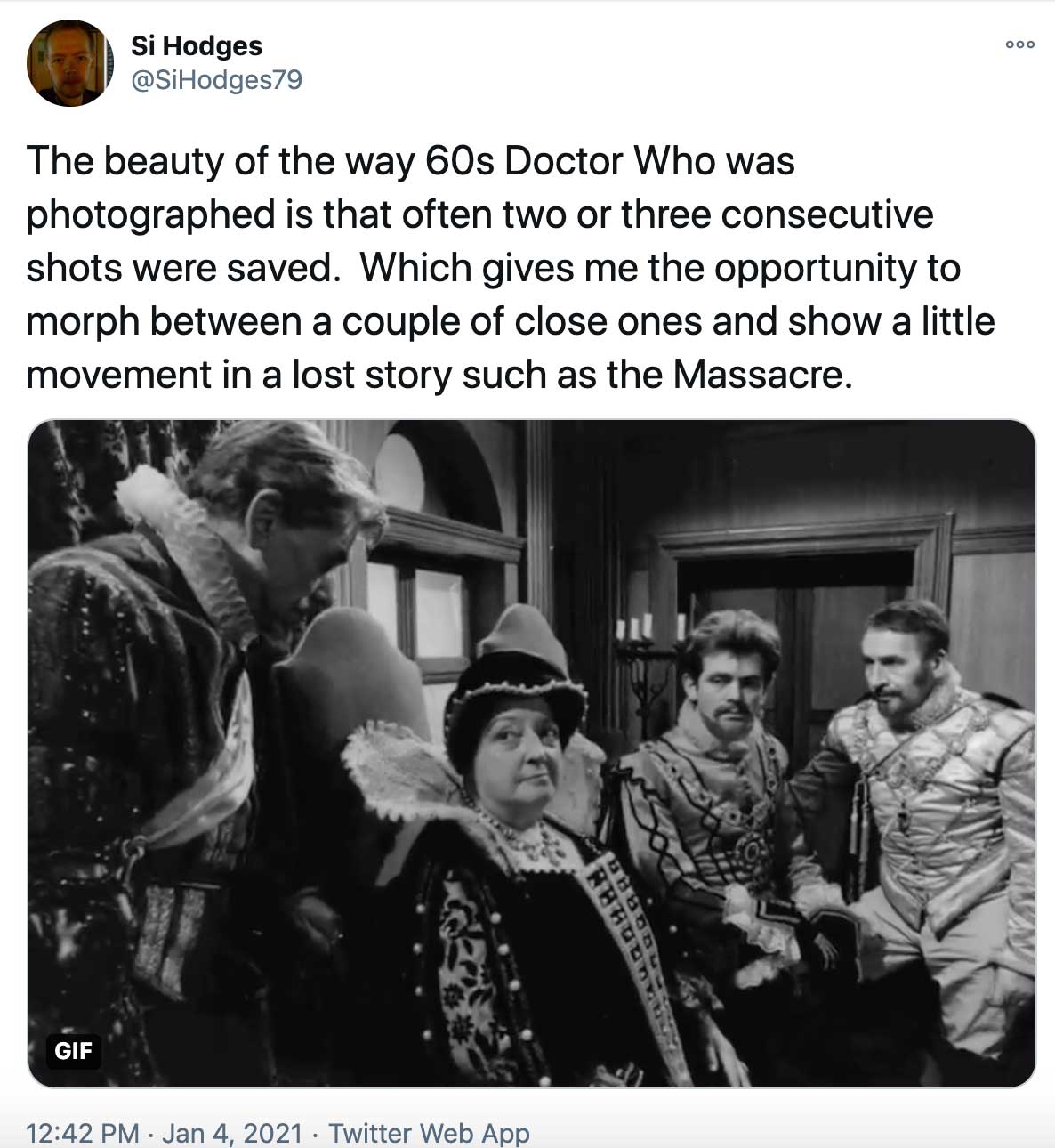 • And to bring this week to a close in fine musical style, how about the entirety of Doctor Who past and present coming together to sing “Let It Go” from Frozen? It’s worth it for Ten’s yelped “What?” in the first chorus alone: