Welcome to this week’s Doctor Who’s Day roundup, a teetering tray full of Whovian fan creativity and news from the past seven days on the internet and social media.

And we begin this week with one of Doctor Who’s favorite recurring characters – the ever charming psychopath River Song, as played by Alex Kingston.

Alex has been been having a LOT of fun promoting her new River Song novel “The Ruby’s Curse,” including in this reading, which prominently features a VERY familiar pair of glasses:

But this is the real reason fans love Alex. Here she is reacting to the most iconic River Song moments in Who history, and yes, it’s emotional:

• The fans are, of course, WAY ahead in celebrating River (and Alex): 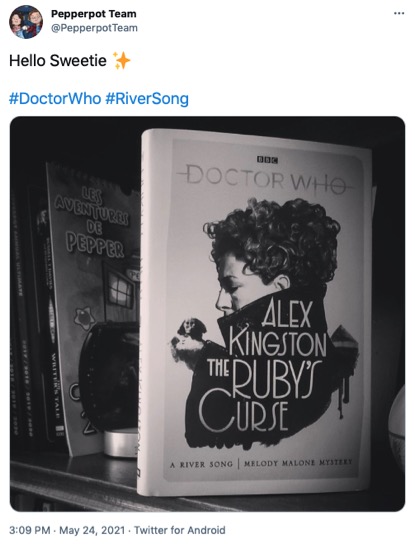 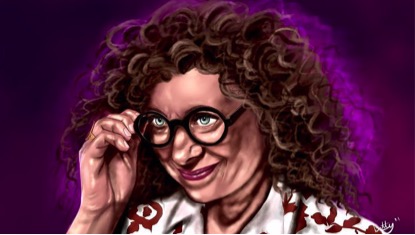 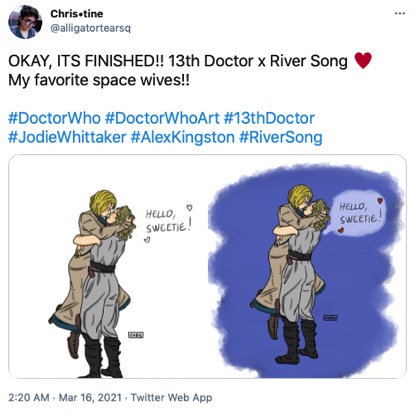 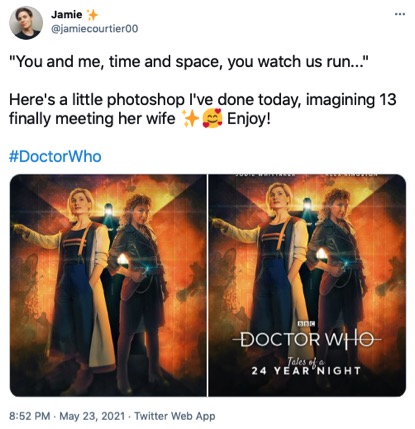 Mind you, as disloyal as it may seem, River is not the only song the Doctor knows: 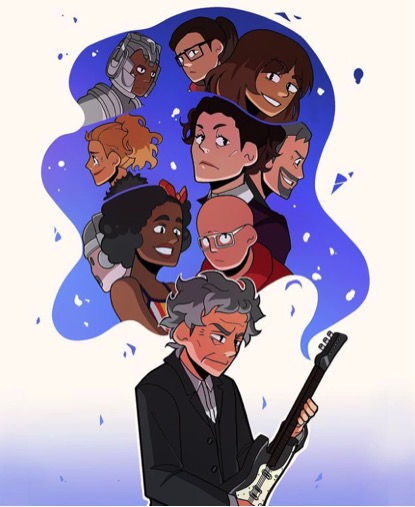 • The great Doctor Who fanzine Vworp Vworp is coming back! 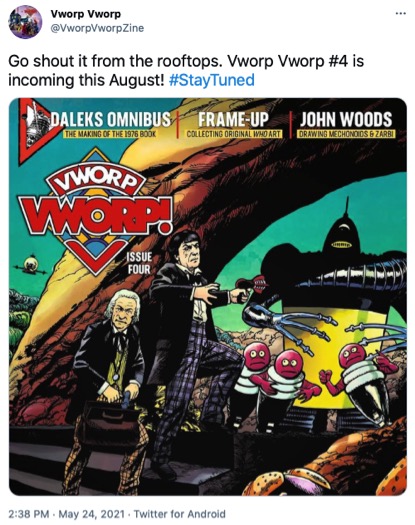 • Does anyone want to crochet a TARDIS? 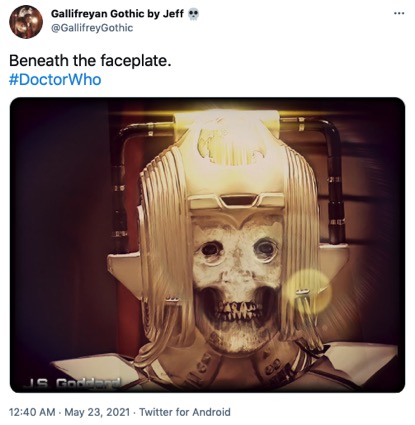 • Something a little more heartwarming: 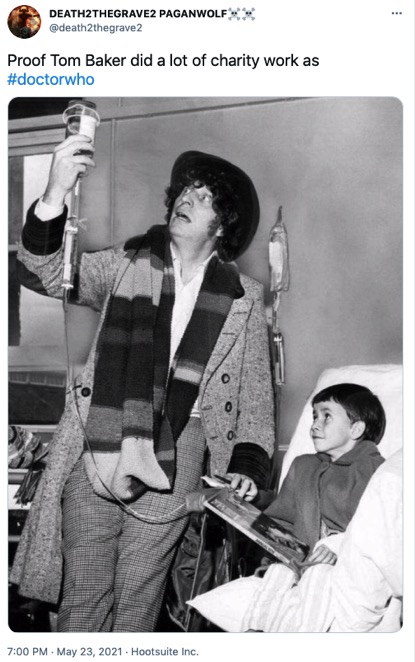 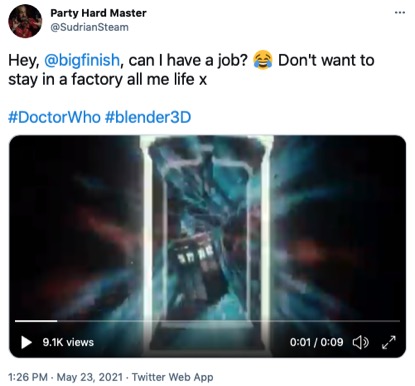 • The Second Doctor is under threat: 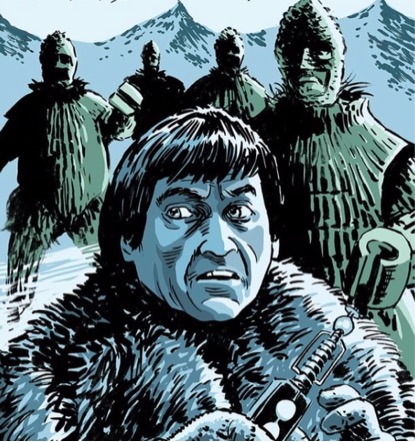 • Speaking of whom; this deserves to be a book jacket at the very least: 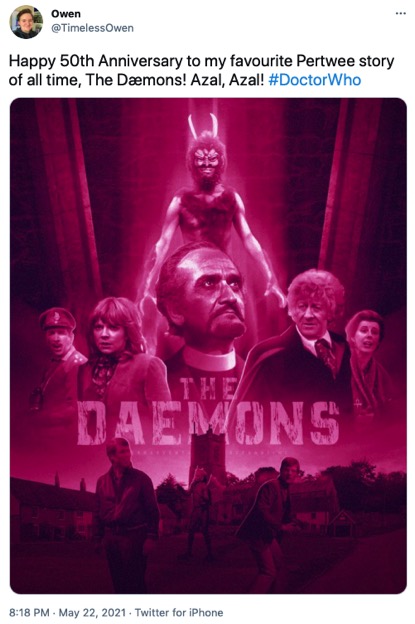 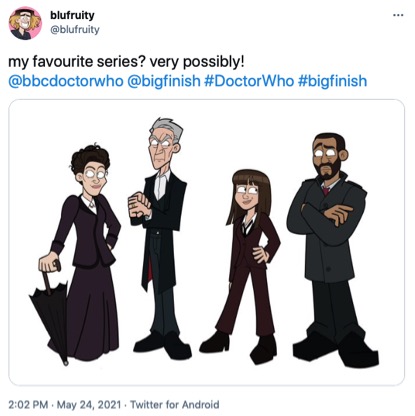 • And another for Season Five: 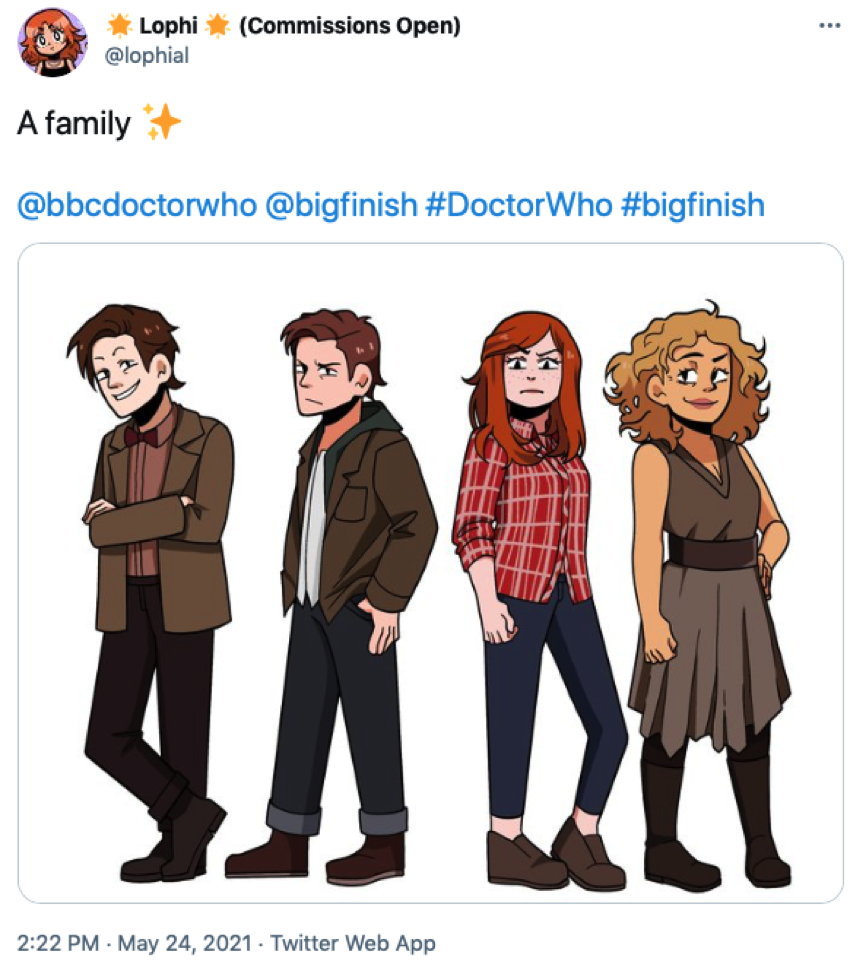 • Oh and this Season 6 credits sequence is particularly stunning: 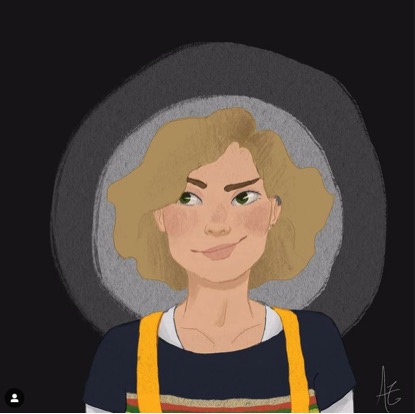 • The Doctor and the Master: 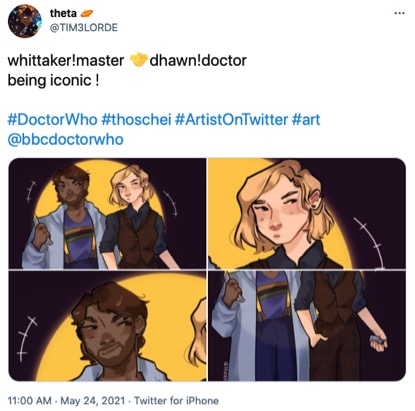 • A 3D modeled 1960s Dalek, looking every bit as terrifying as the real thing: 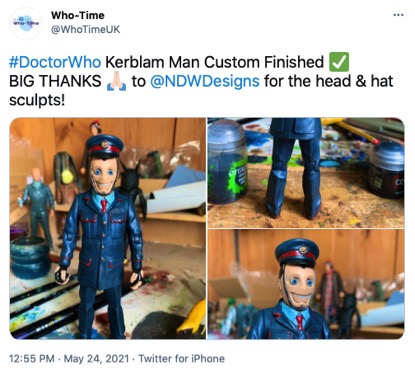 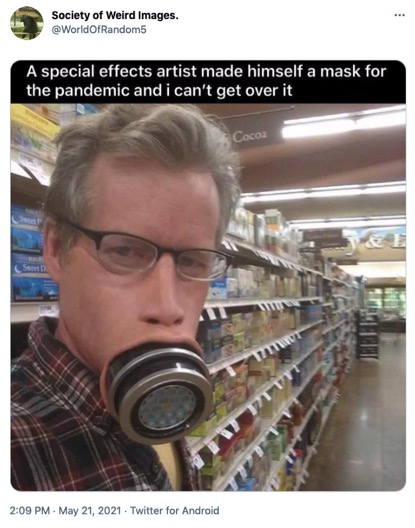 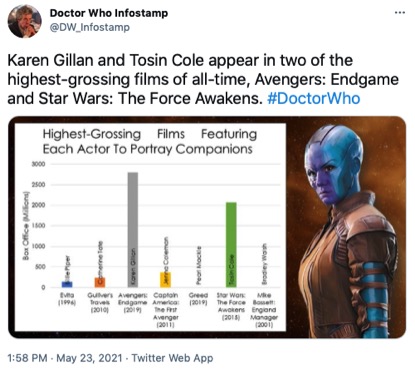 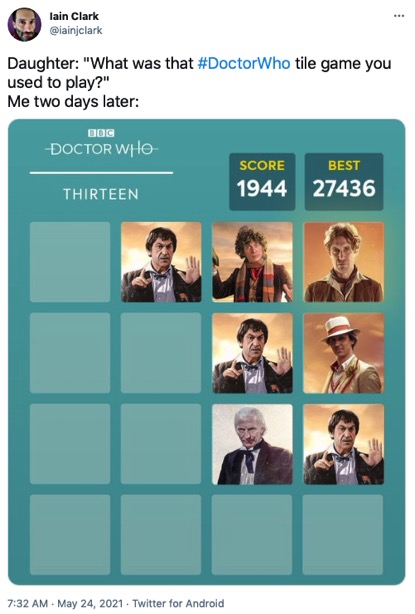 • This Ood is very good: 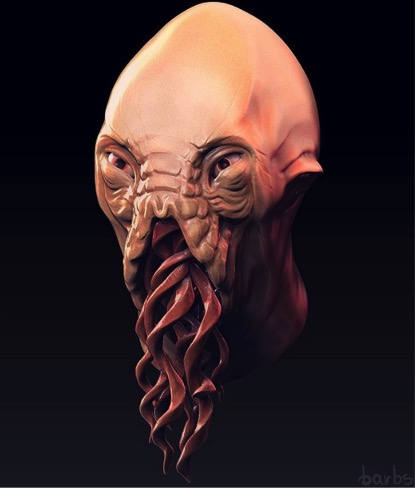 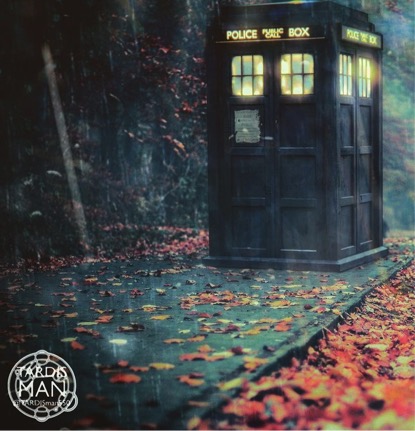 • But let’s end this week on a different note from usual (by which I mean not a musical one).

Rachel Talalay was asked about how they shot the now iconic moment where Cyberman Bill carried the prostrate Twelfth Doctor to the TARDIS in “The Doctor Falls,” and after reading a lot of inaccurate speculation, she responded with this detailed (and therefore delightful) video explaining how it was done (beyond the sheer feat of Cyber-strength, that is). Enjoy!