Welcome to this week’s Doctor Who’s Day roundup, a kind of group hug of Whovian news and fan creativity over the past seven days on social media and the internet.

And we begin this week with two astonishing attempts to remake the Daleks, Doctor Who’s original space rotters.

On YouTube, The Real C'rizz used a showdown between rival Dalek races as a soundtrack for some brilliantly realized computer animation:

And he’s been thoughtful enough to include a video showing how it was made too:

Whereas on Twitter, @Dapper_Penguin_ has been inspired to upgrade the Skaronian swine, including quadruple sucker cups: 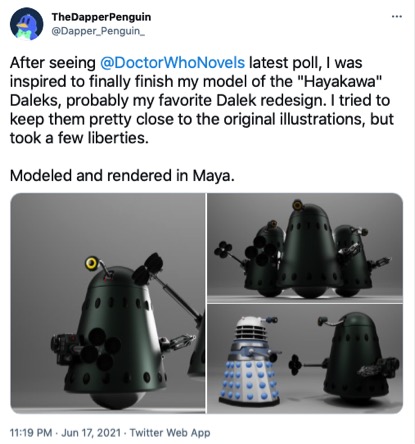 And if you think they’re cute, just wait until you see what Millie McKenzie has done to them: 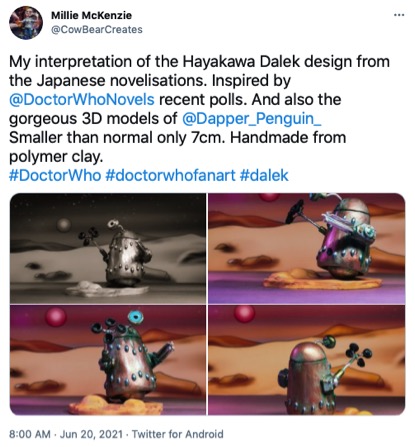 Mind you, when you compare them to this TV advert for a talking Dalek toy in 1975, it does start to make you think how little they have changed in the past 58 years. Maybe a genetic spruce-up would do them the world of good:

Here’s what else has being happening in space and time over the past week:

• People are loving getting scared out of their wits by the Weeping Angels in the game The Lonely Assassins:

• And seeing Angels in the wild: 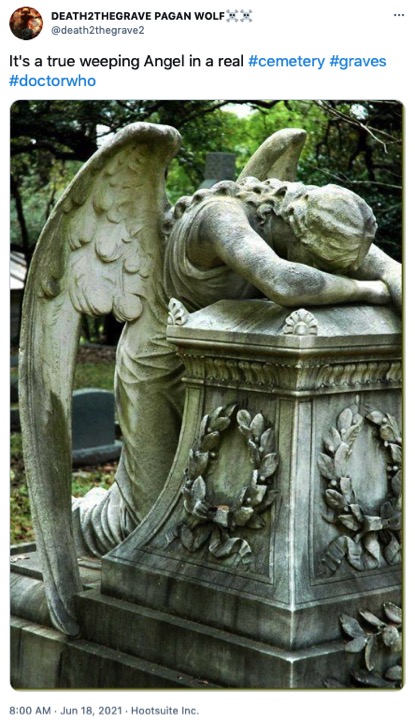 • June 17th was Jodie Whittaker’s 39th birthday and fans marked it with lots of good wishes and creativity: 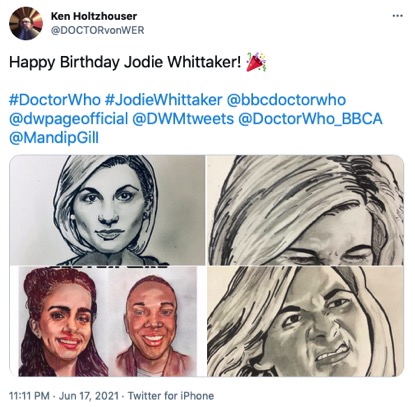 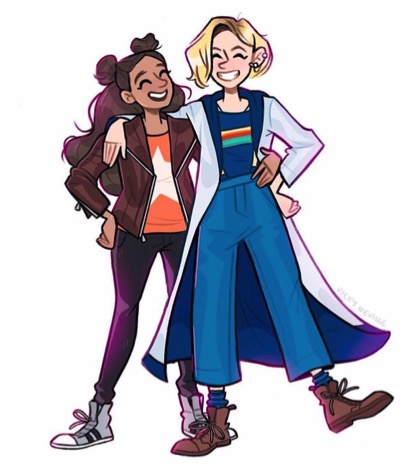 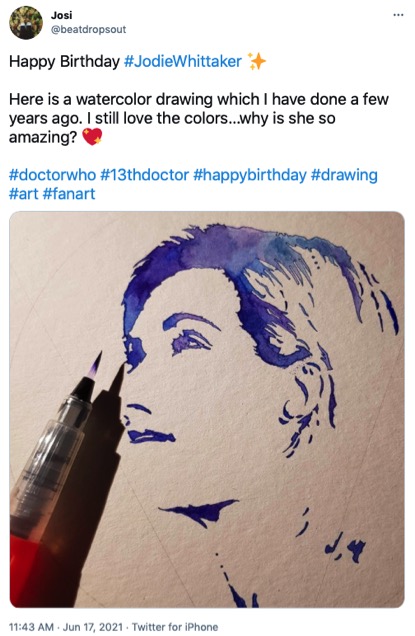 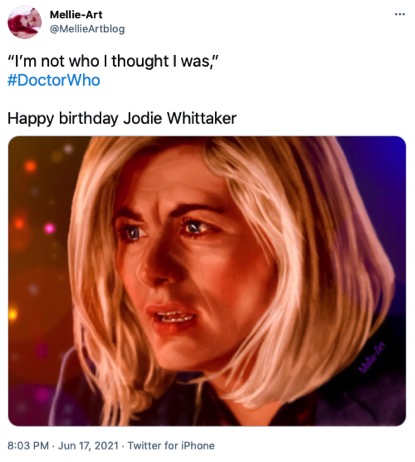 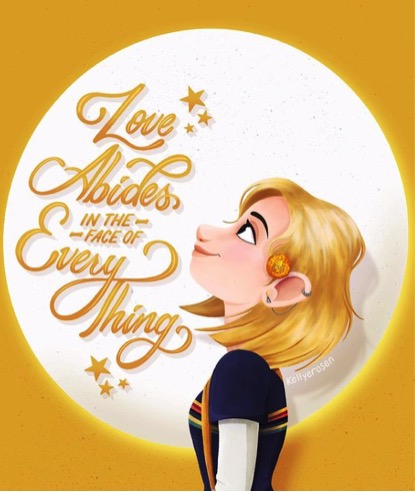 • And this reaction to a lack of photos on the front of the new Doctor Who annual has something of a birthday party vibe to it: 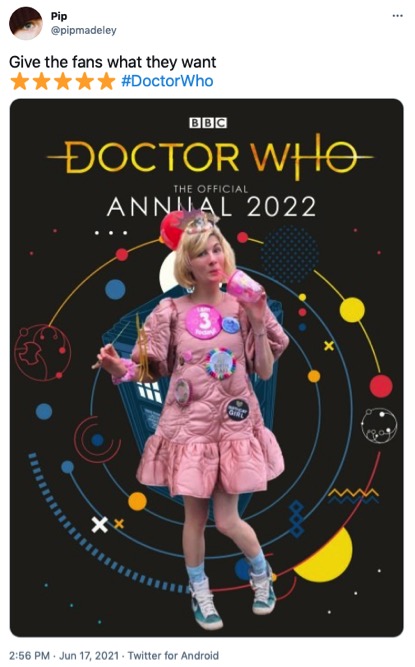 • The Ninth Doctor has been YouToozed: 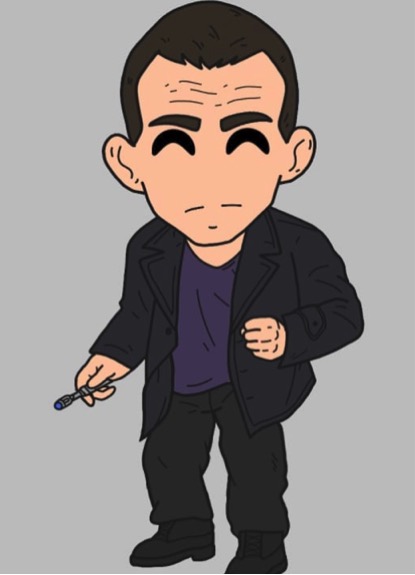 • There’s this epic trailer for Season 7, which is modeled after the recent trailer for The Batman:

• Twelve’s attack eyebrows are back: 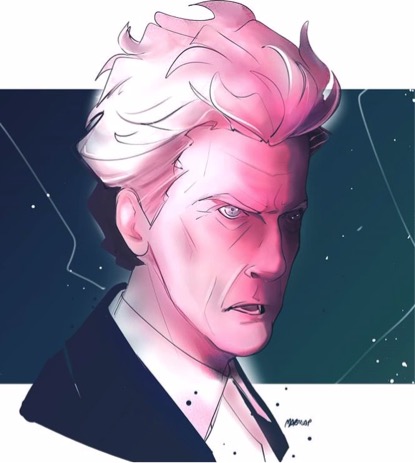 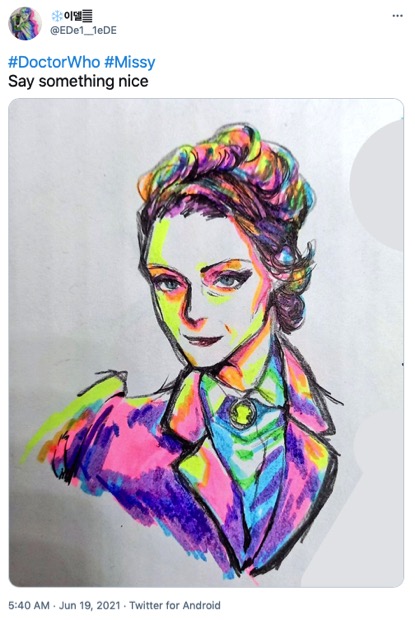 • And here they are together: 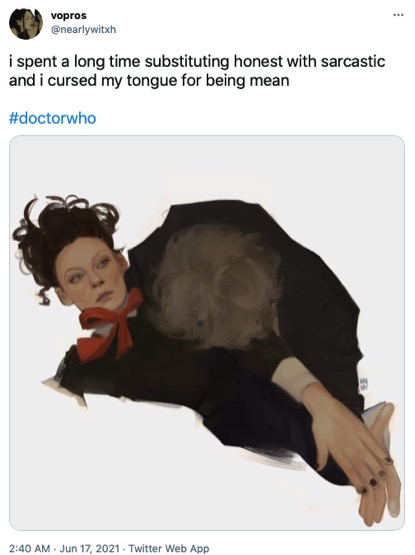 • And what if “World Enough and Time” had a trailer like the one for Morbius? Well, this:

• A LEGO recreation of “The Web of Fear,” anyone? 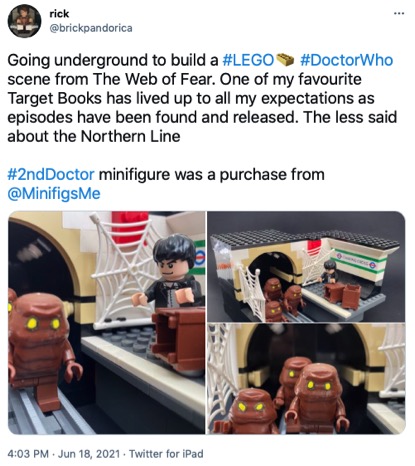 • Wilf is just the best: 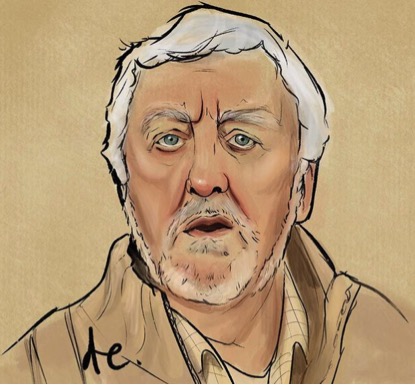 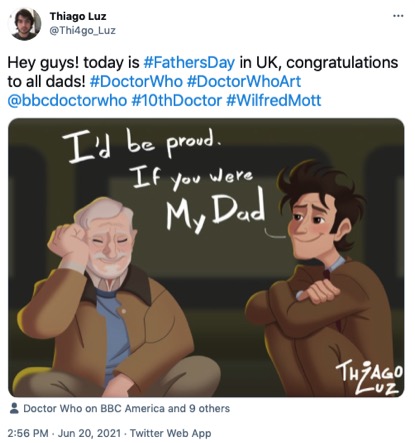 • How to draw the Fourth Doctor really quickly: 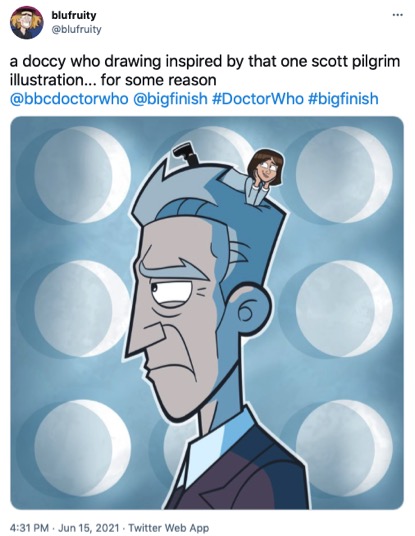 • This might make a good TARDIS tattoo design. But be warned, it may disappear without warning: 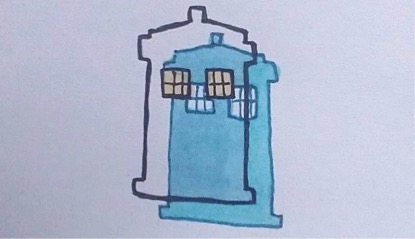 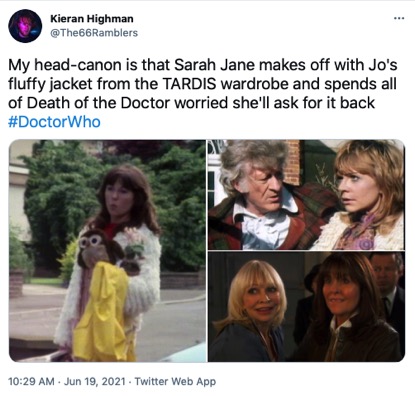 • “The Timeless Child” gets a very dramatic trailer too: 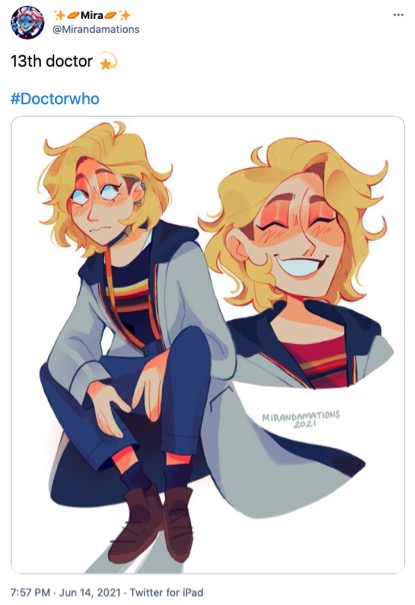 • What’s that? You want to see hand-drawn animations depicting all of the Doctor’s regenerations since 2005? Right you are!

• And you wonder what the Eighth Doctor and Ninth Doctors would look like if they were dapper and handsome but also a bit zombie-ish around the eyes? Come on in! 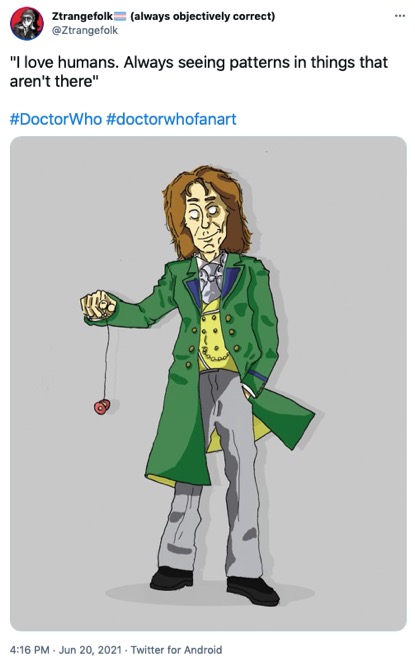 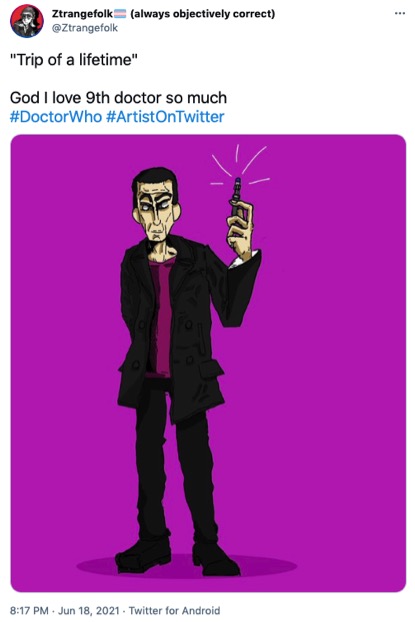 • AND you want to see the Eleventh Doctor as a bunny rabbit? You got it! 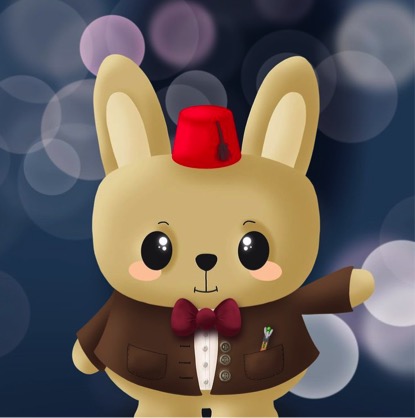 • To finish this week, we found this video of photos of the various characters from post-2005 Doctor Who which have been fed through that faceswap app that changes facial furniture to make men look like women, and women look like women with beards. It is definitely worth a look, especially when you spot the resemblance the female David Tennant has to actual Jenna Coleman. They could be sisters!