Welcome to this week’s Doctor Who’s Day roundup, a seething petri dish of viral Whovian content culled from the past week on social media and the internet.

And we begin this week with the Comic Relief telethon that took place on Friday 19 March, across BBC television. As usual, the stars came out to implore people to donate to worth causes, and as usual the past and present stars of Doctor Who were well represented.

For example, this skit, entitled "2020", features Jodie Whittaker and Mandip Gill as a pair of, well, doctors. Keep your eyes peeled for a particular implement towards the end of their bit. And you can also see Carey Mulligan, Matt Lucas, Sanjeev Bhaskar, and a host of other British stars you probably don’t need an introduction to… as well as some you might:

Then there’s this, in which David Tennant on the left appears to be paying a visit back to Elizabethan times, only this time he’s Shakespeare (plus, hi, Michael Sheen):

• Noel Clarke takes a fond look back at his time as Mickey Smith:

• This Doctor Who superfan from Somerset has built himself a Dalek: 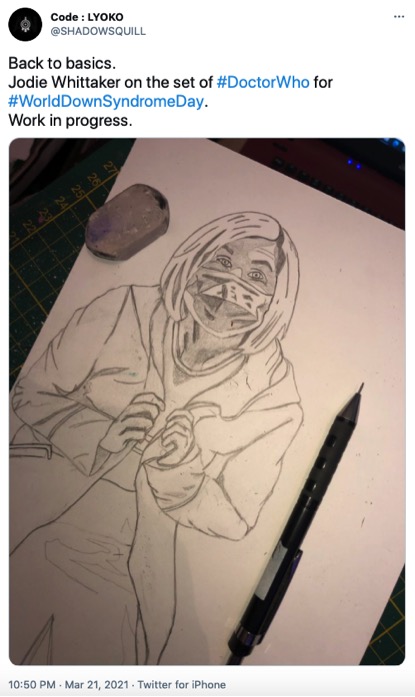 • Whereas this is just horrific: 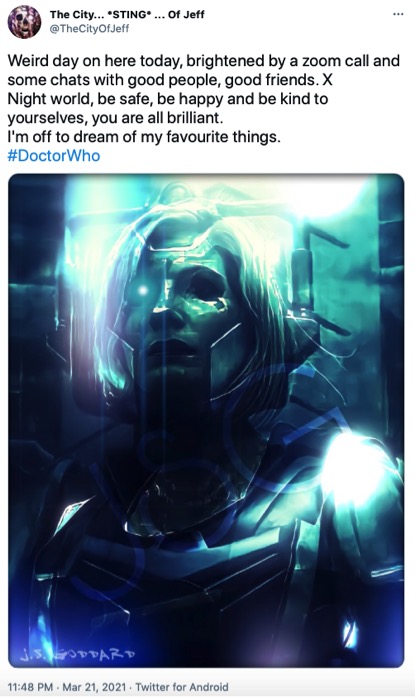 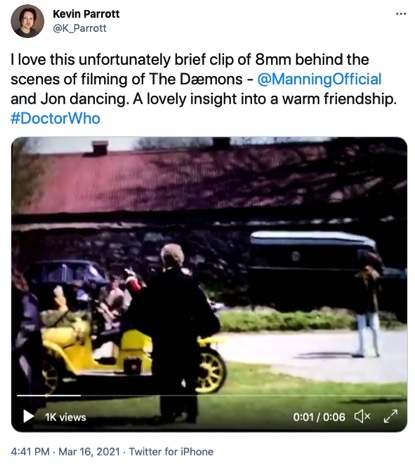 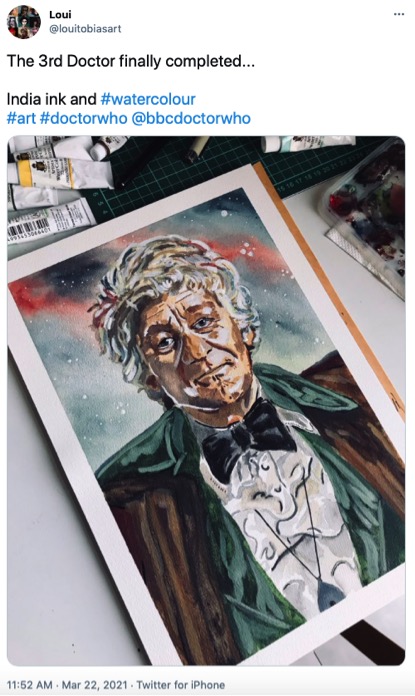 • To answer your question; yes, pretty as a picture: 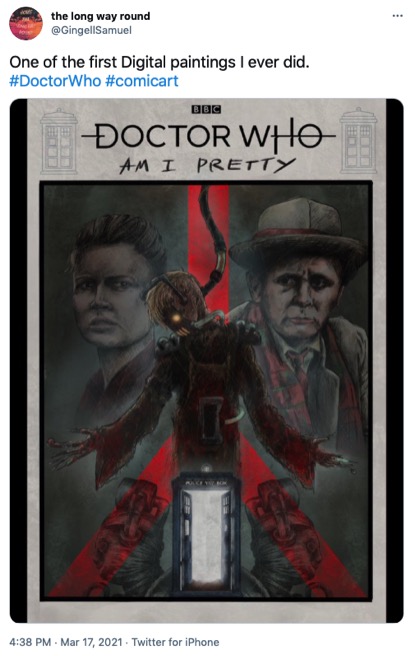 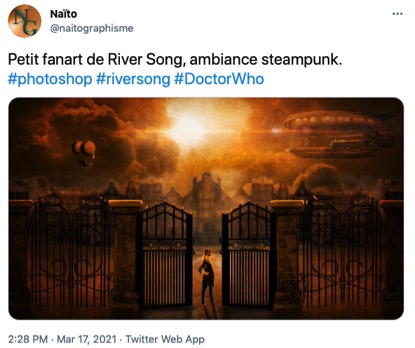 • A reworking of the Who theme inspired by Richard Wilkinson's version for the mobile game "The Lonely Assassins":

• Oh sure, that’s totally reassuring. Now tell me, why do they call you “The Robots of Death”? 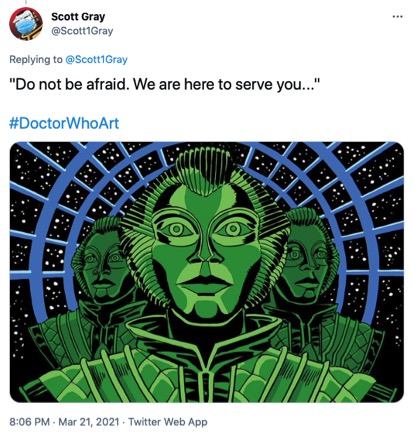 • Imagine the size of the carrots you could grow in a plant pot that’s bigger on the inside: 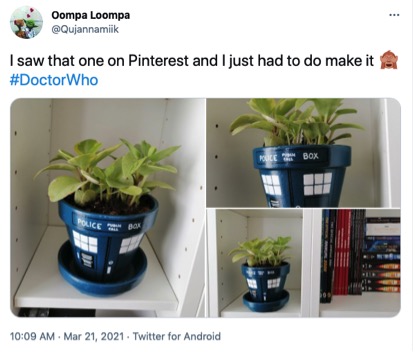 • Five meets Six and Eight, in this Big Finish showdown:

• Speaking of which, there’s nothing to feel intimidated about, Big Finish newbies. If you start now, you’ll probably be finished by the eleventh of never: 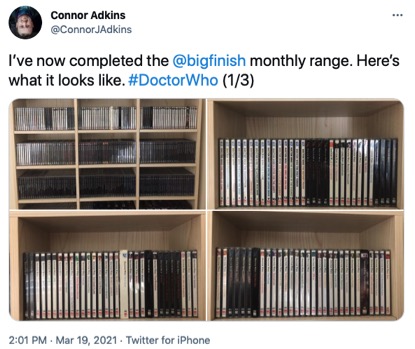 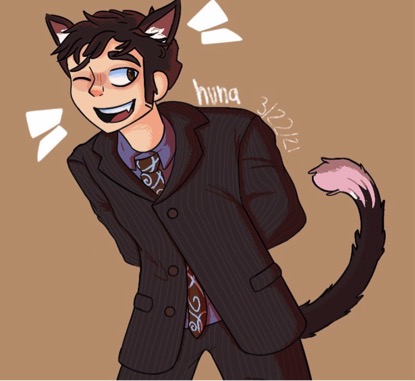 • This is as creepy as Davros’s dreams: 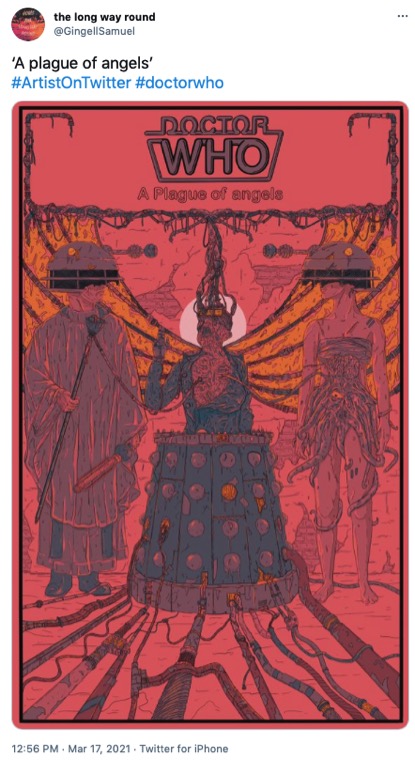 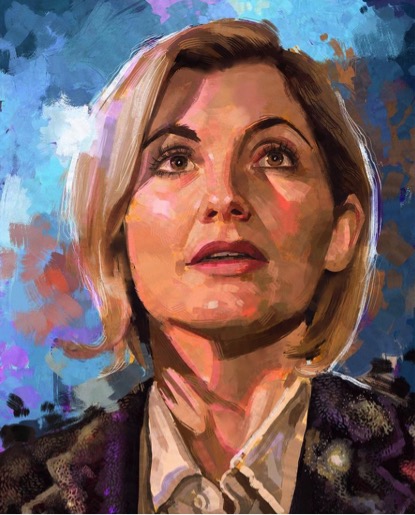 • The Cyberweekend is go: 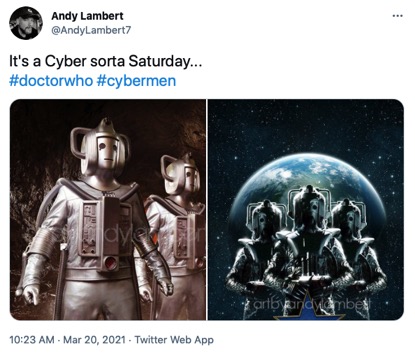 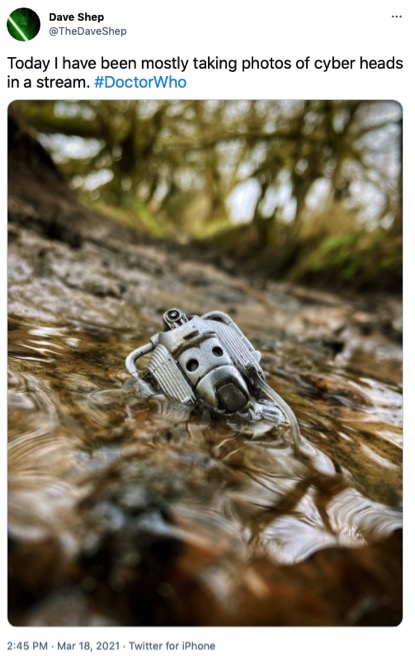 • Another reworked title sequence, this time borrowing from the classic Who era:

• Speaking of classic Who, this revitalized on-set photo of two actors taking a nap: 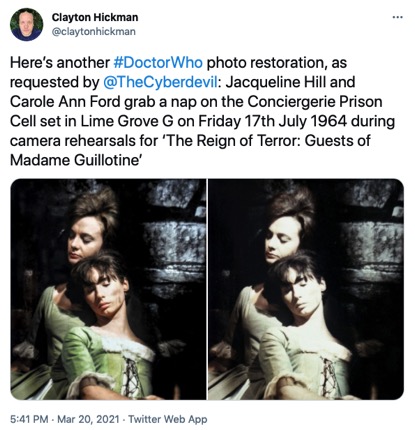 • But let’s finish this week with another rabbit hole for creatives to vanish into. Who would like to see the first two chapters of a four-part series of clips devoted to making a crochet model of the Second Doctor? What, all of you?