Welcome to this week’s Doctor Who’s Day roundup, a monstrous rolling snowball of Whovian fan content over the past week on the internet and social media.

And we begin this week with something visually impressive.

We’re all used to 3D as a viewing concept, either through wearing those red and green specs like the Tenth Doctor or the filter shades they have at the cinema. But YouTubers Phoenix 24 have made this clip to show how forced perspective works, and guess what? It works really well!

So well, in fact, that it’s tempting to wonder why they don’t introduce those white bars into the show proper. Not all the time, of course, just for a eye-pokey treat.

• This wonderful thread does to the Doctor Who universe what Marvel did to theirs: 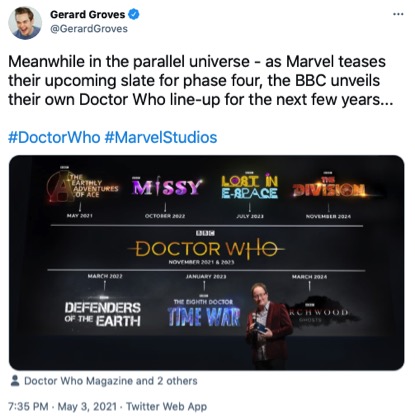 • An alternative title sequence that adds ceramic color to proceedings:

• Miscellaneous Doctor Who doodles IN WHICH AMY MEETS JAMIE, I think you mean: 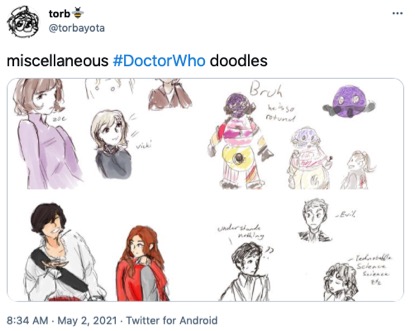 • This brilliantly daft compilation that looks like the opening titles to a comedy show: 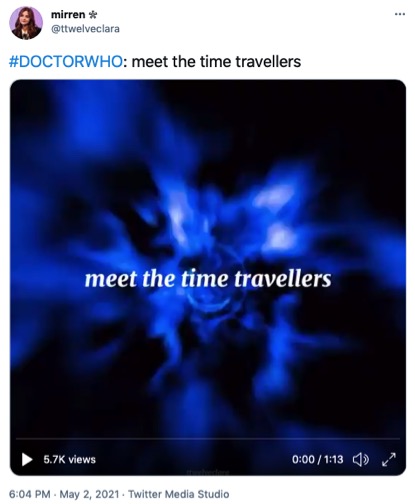 • And another one that appears to have used an actual fish’s eye for their fish-eye lens:

• A very formal portrait of Eleven: 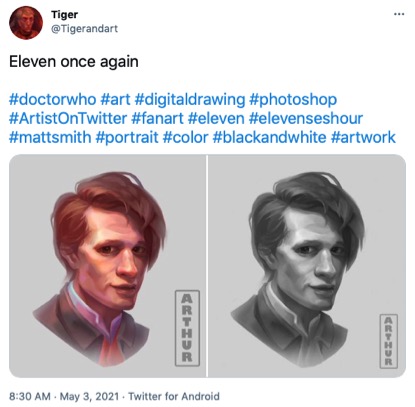 • This is fun, a fan-made clip, made from audio clips, that shows the Tenth Doctor meeting Thirteen:

• Show this to a Cyberman and they’ll fuse the two together to make Cyberkongs: 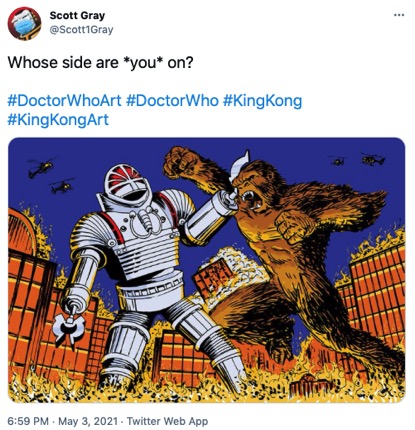 • Should you need to know what synthwave is, just listen to this, subtract the Doctor Who theme, and there you are: 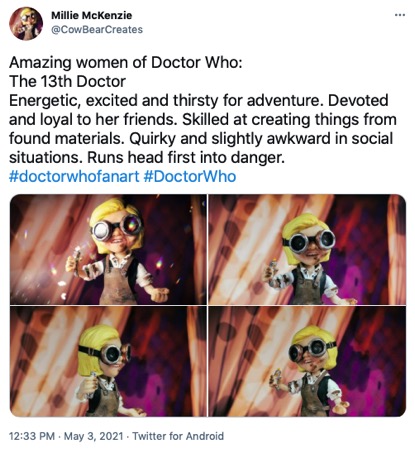 • And while we’re celebrating Thirteen: 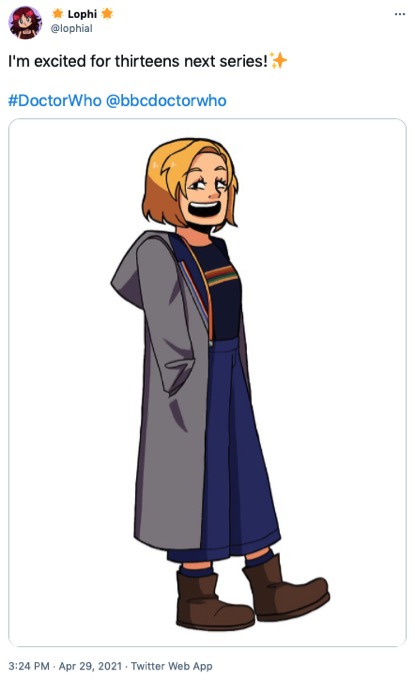 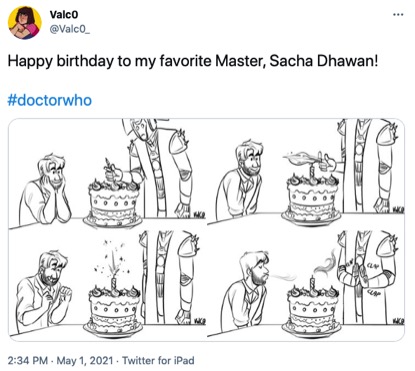 • By rights, that candle should relight itself once it’s been blown out: 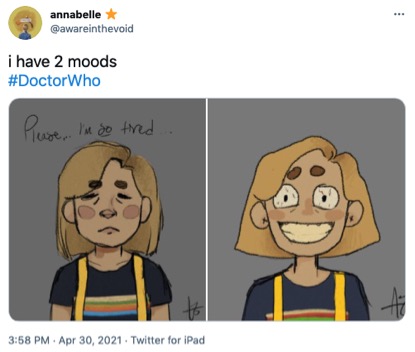 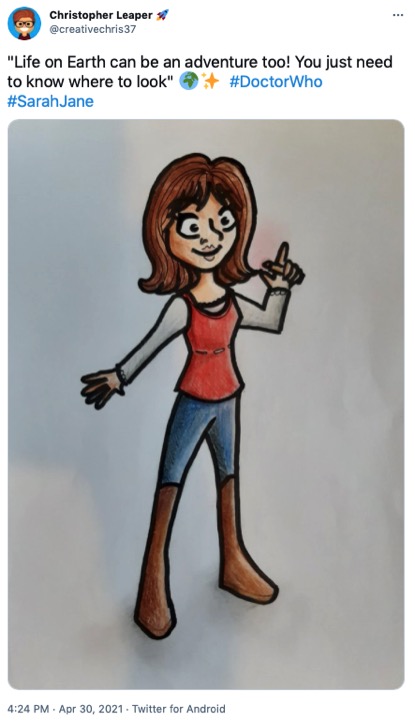 • Everything about this image is wonderful:

• This is really cool. It’s an attempt to recreate the Doctor Who title sequence from Season 1, using a digital approximation of the analogue visual feedback effects from the very first Doctor Who titles. Also, the music gives the show a very austere tone, like a scary police(box) procedural:

• Not a popular point of view, tbh: 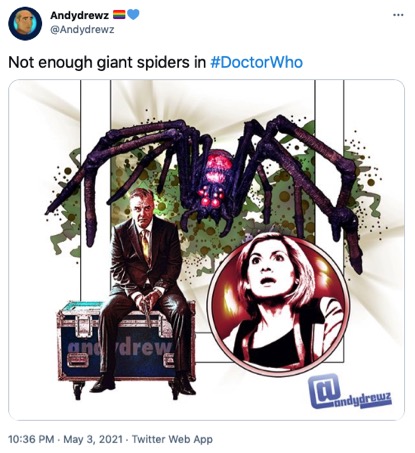 • Continuing last week’s A-Z of Doctor Who… here’s one of the Sixth Doctor’s “Trial of a Time Lord” tormentors: 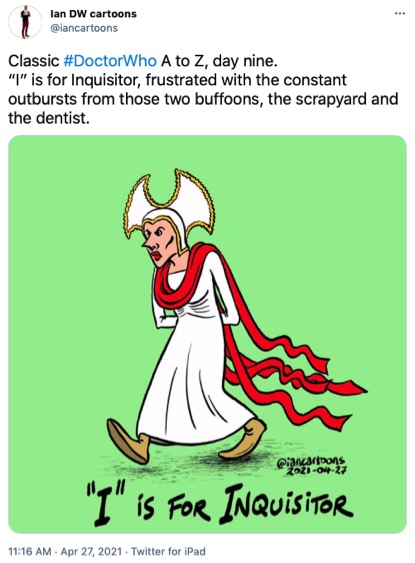 • Tegan and her wagging finger: 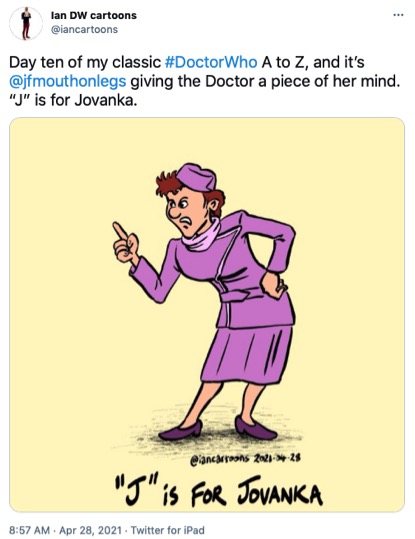 • A monster made of sweets. This was actually a thing: 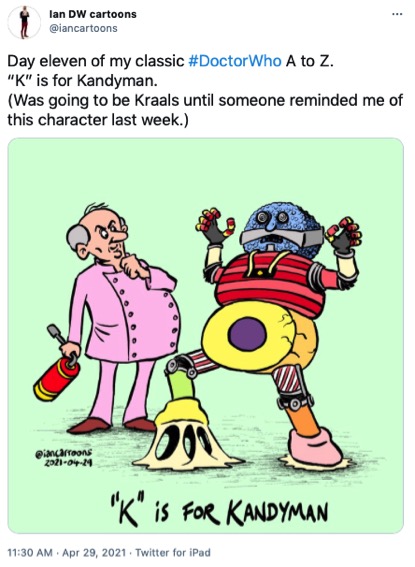 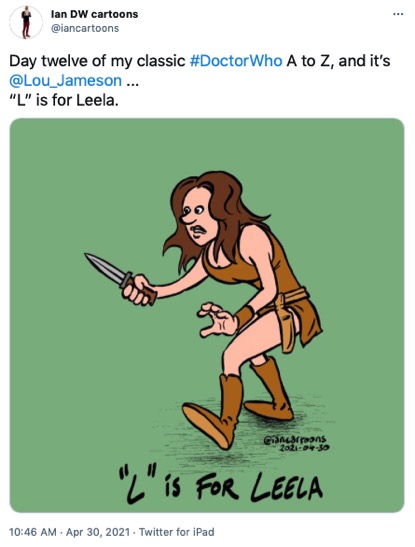 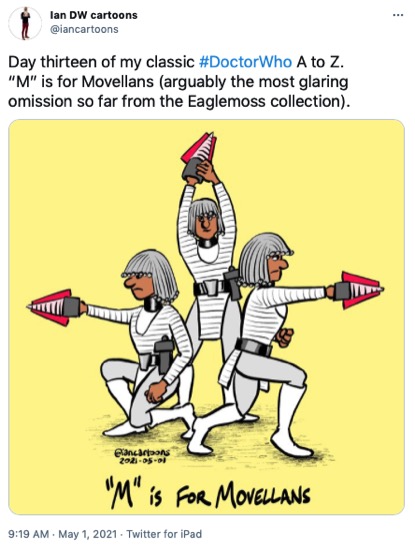 • Ah, the actual Nazi uniform, to remind everyone whose side the Daleks are on: 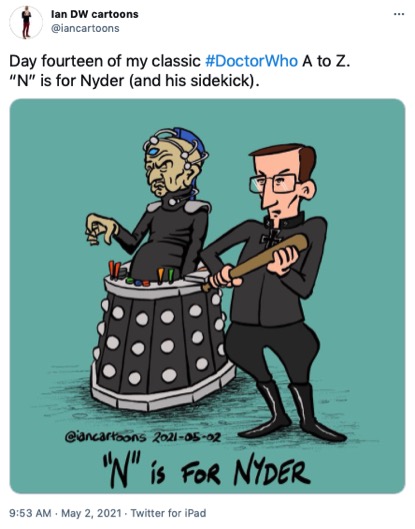 • This lot battled the Third Doctor alongside the Daleks: 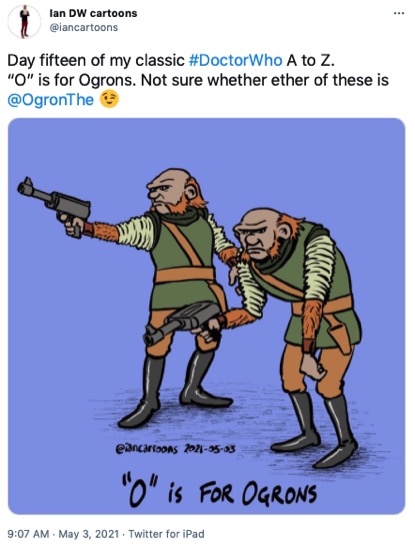 • This should be the most niche clip ever, and yet it really works. The Third Doctor story “Terror of the Autons” with title sequence and end credits in the style of the Fifth: 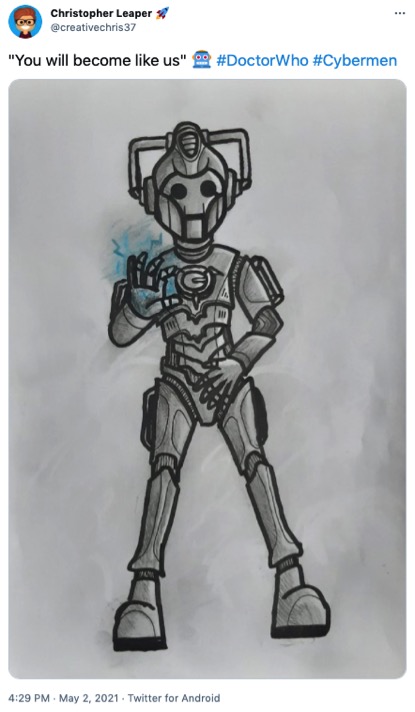 • A couple of artistic representations of the Doctor enjoying some leisure time: 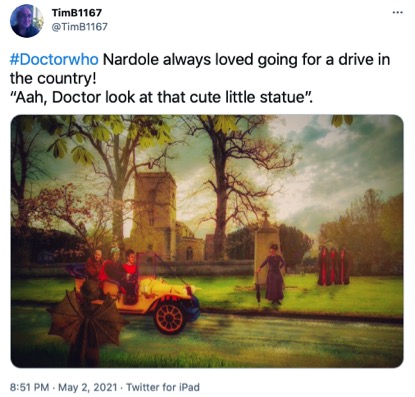 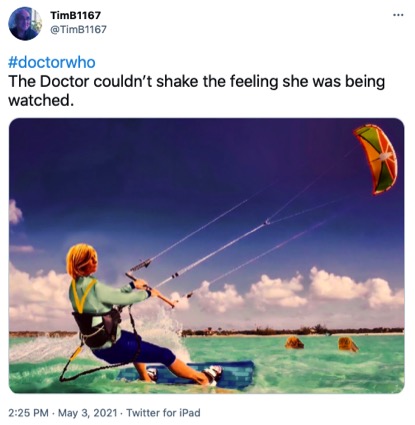 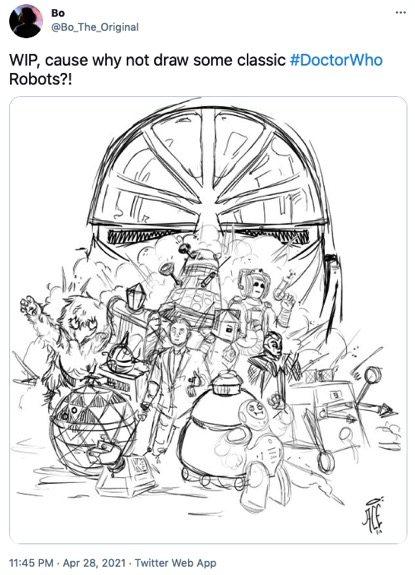 • To round things off on a musical note, this might be the best Doctor Who Sings yet. Not only have they got the cast of the show singing “Take On Me” by a-Ha, but the clips sort of match the iconic video. Hats off all round!