Welcome to this week’s Doctor Who’s Day roundup, a big blue boxful of fan creativity, Whovian news and other stuff and nonsense from the last week on social media and the internet.

And we begin this week with something a little unorthodox.

A couple of weeks ago we featured a Dalek animation from YouTuber The Real C’rizz, who has been setting his creations to audio from Big Finish productions.

His latest masterpiece is taken from “Jubilee,” a Big Finish play from 2003 featuring the Sixth Doctor. Part of the story was later adapted for the Ninth Doctor TV story “Dalek,” although I don’t remember any singing:

From there, it’s only a short skip to googling “singing Daleks” and, well, there’s a a lot.

During the first lockdown of 2020, this Dalek (called Doris) started singing Queen songs:

How about the Daleks singing Gilbert and Sullivan?

Or Christmas carols with the Cybermen?

And speaking of Christmas… what if the whole of “Fairytale of New York” by the Pogues was sung by a Dalek and a Mondasian Cyberman? Yeah, someone did that too: 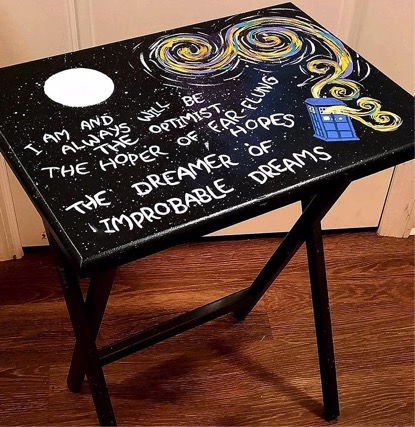 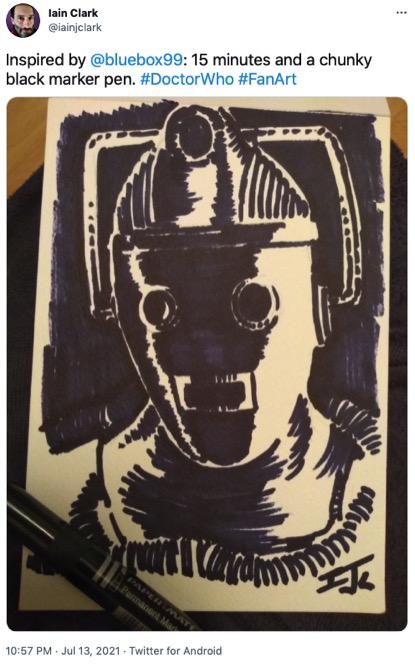 • This should be on the side of a house: 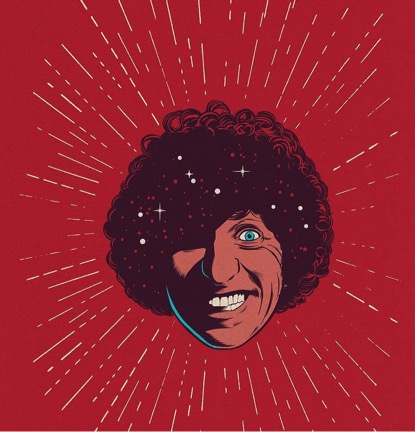 • This is actually feasible: 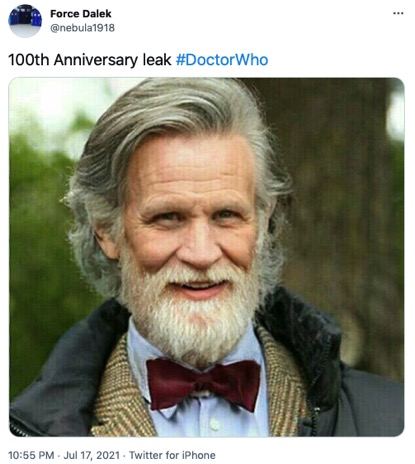 • Twelve striking some very dramatic poses – attack eyebrows and all: 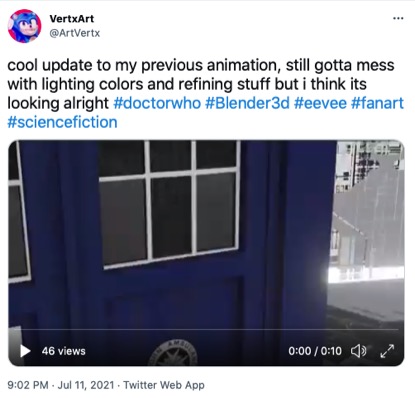 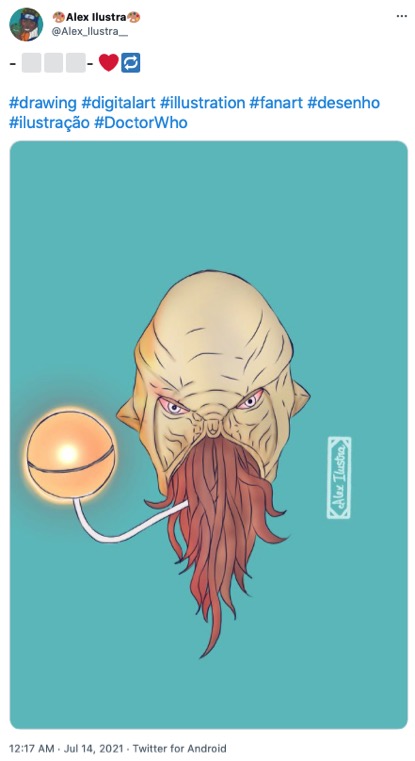 • This cartoon is well worth reading, behind the sofa or not: 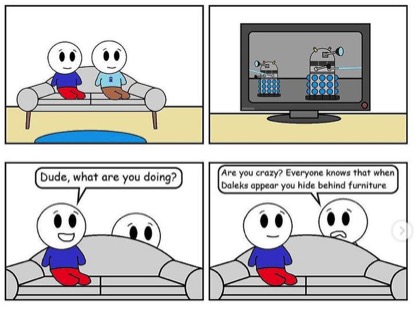 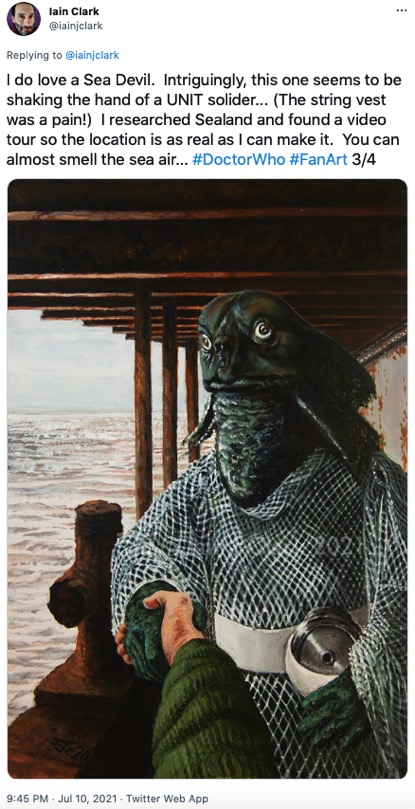 • Eleven’s alter ego is as smarmy as ever: 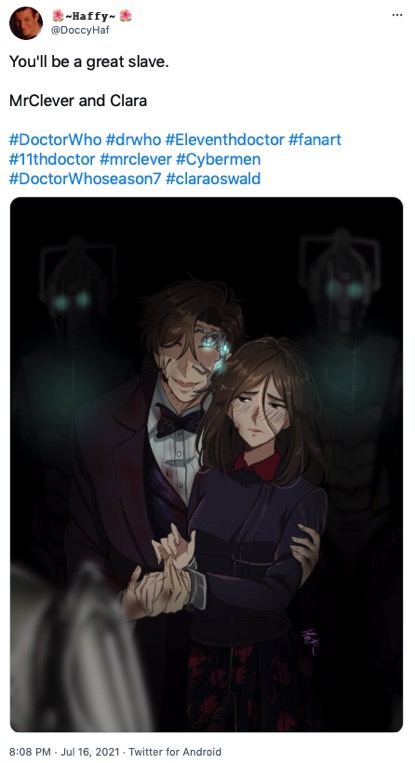 • …but at least he has specs appeal: 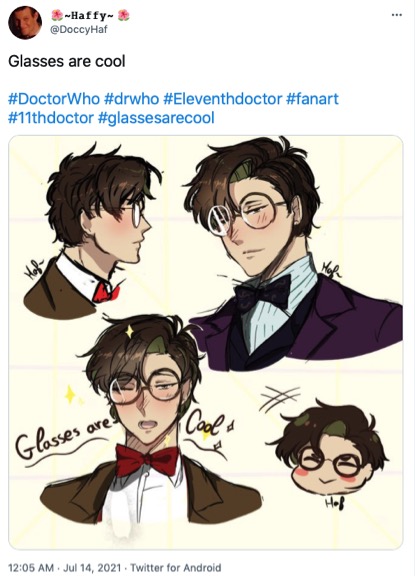 • Ten in a state of high alert: 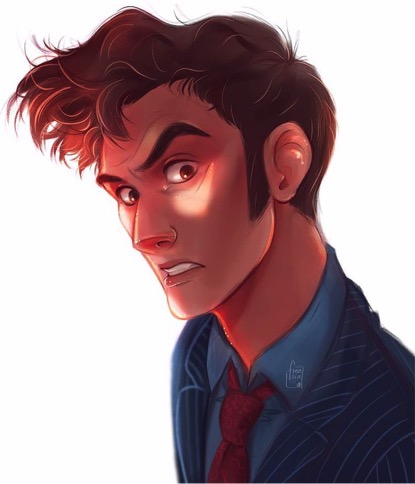 • This guy should get bored more often: 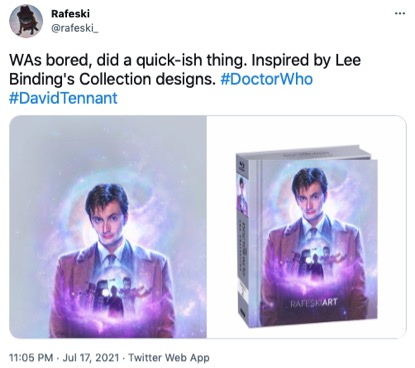 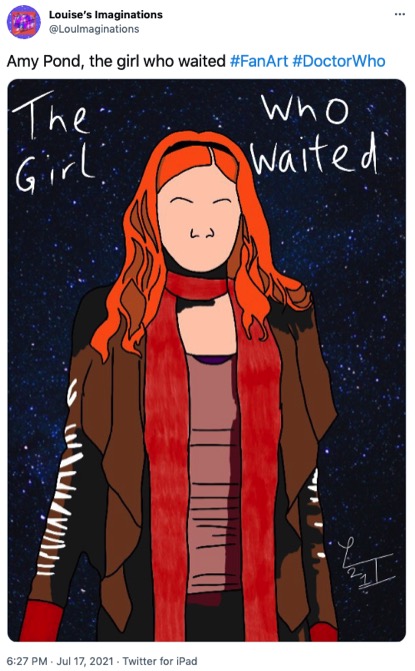 • Looks like it’s got Six too. It’s an epidemic! 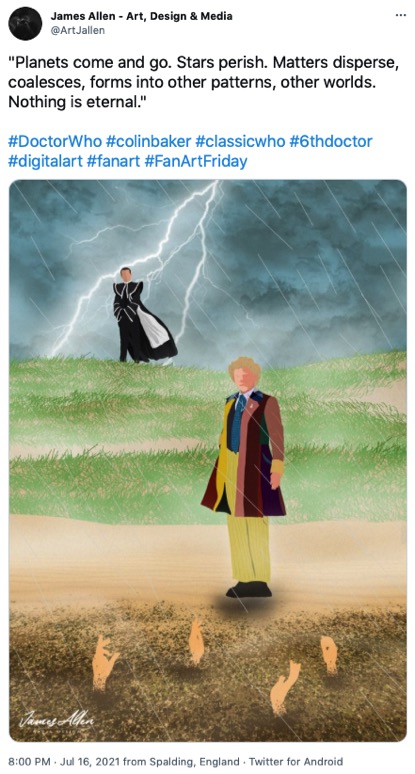 • You just wait, these’ll be toys by Christmas:

• To be fair, the TARDIS could probably take a LOT of garbage cubes: 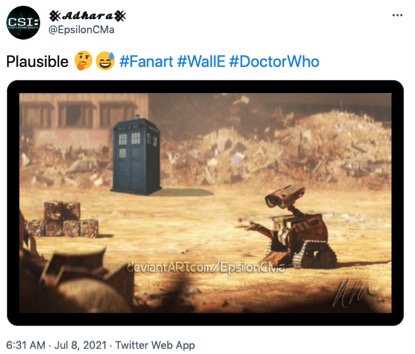 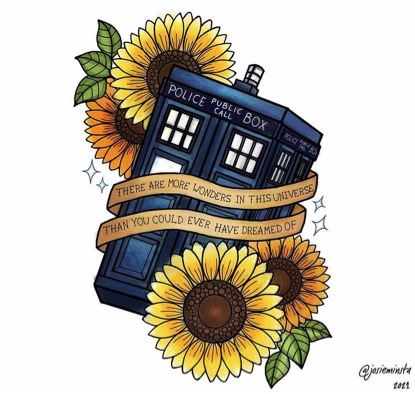 • Let us end this week the way we started, with music. How about a supercut (and I MEAN super) of all the dancing in Doctor Who? Take your companions by the hand…