‘Doctor Who’: Which Second Doctor Adventure Should They Animate Next?

As BBC America is showing the ‘lost’ Doctor Who serial “Fury From the Deep” at the moment, it seems a good time to review the state of play with Doctor Who stories which have been lost over the years. It’s a problem that only affects the First and Second (Patrick Troughton) Doctors, with the latter being particularly badly hit.

Of the Second Doctor’s 21 televised adventures, just seven exist in entirety – and have been re-released on Blu-ray and DVD – and of the remaining 14, eight have been completed using animated sections to replace the lost footage. This includes his first story, “Power of the Daleks.”

Which leaves us with six stories. The question is, what are they about? And which one should we look forward to seeing next? 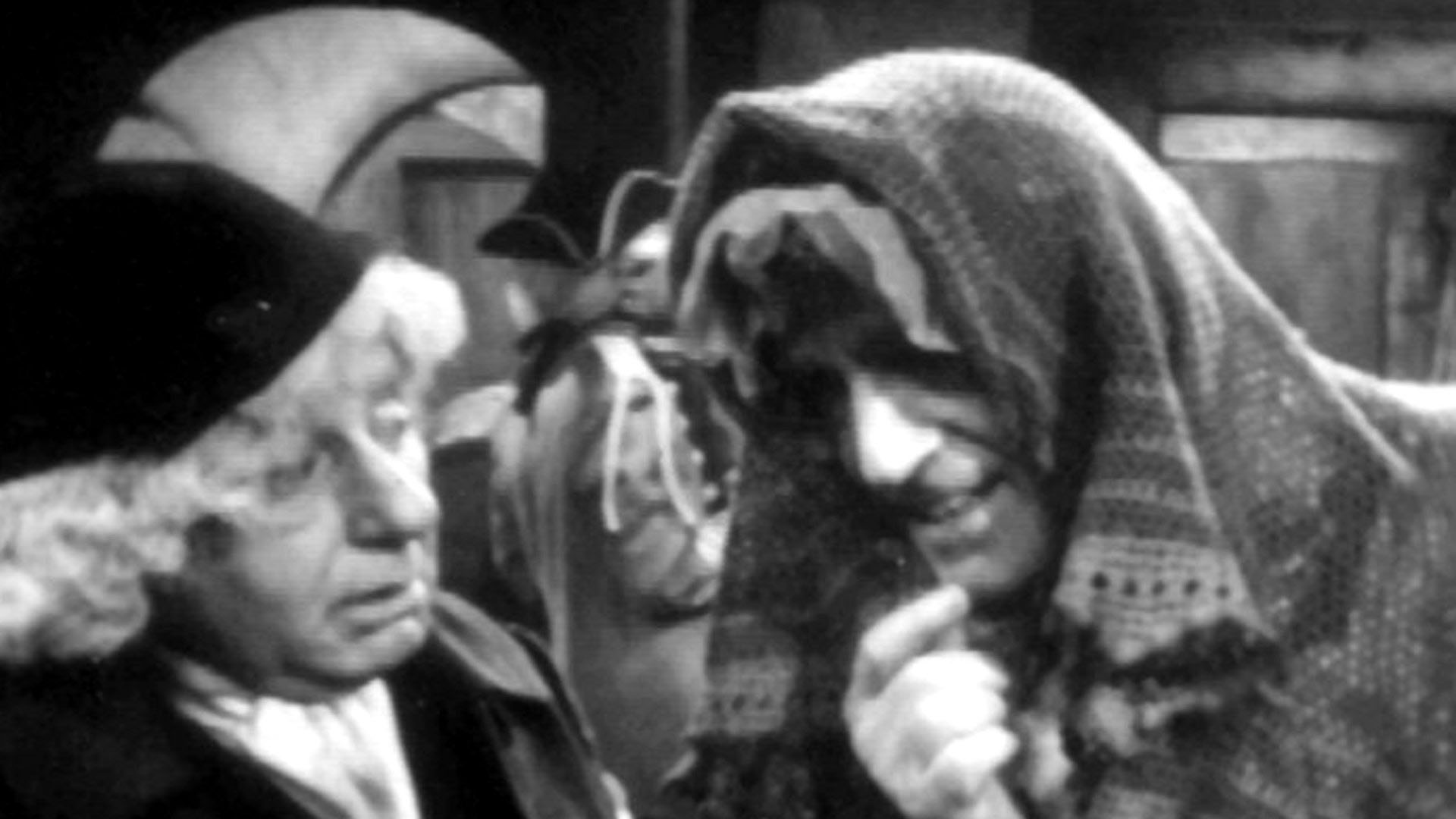 This was the last of a particular strand of Doctor Who stories; the pure historical, in which the TARDIS arrives at a tumultuous place and time in human history and are caught up in events without encountering any extra-terrestrial beings whatsoever. Given that this is also the story that introduces the Second Doctor’s most faithful companion, Jamie McCrimmon, it’s a real shame that no episodes have come to light as yet.

The story itself is brutal. Doctor, Ben and Polly travel to 1746 Scotland, in the immediate aftermath of the Jacobite uprising and the battle of Culloden. The English army have won the battle and are now seeking Jacobite soldiers in hiding in order to punish them, in some cases shipping prisoners off to the British colonies as slaves. The Doctor and his friends are captured first by Jacobites and then by the English, and the Doctor and Ben are sentenced to be hung.

Amid all this tension are moments of farce. The Doctor pretends to be a kitchen maid to trick his captors at one point. And at another, the dastardly Lt. Finch, searching for a heavily disguised Bonnie Prince Charlie, comes to believe that the Prince is either Polly or her co-conspirator Kirsty.

This story – the first Second Doctor adventure for which there is any surviving footage at all, in this case two out of four episodes – takes a very different tack from the gritty reality of “The Highlanders.” There are fish-people, for starters.

The TARDIS arrives on a volcanic island and is immediately captured by the survivors of the fabled sunken city of Atlantis. The Doctor becomes enmeshed in a plan to resurrect the city to its former glory, Polly is nearly converted into a fish, and the boys are sent off to work in a mine. Meanwhile, an eccentric scientist called Zaroff plots to destroy the Earth by draining its ocean supply – it’s not entirely clear where all the water will go – and naturally it falls upon the Doctor stop him.

3. The Evil of the Daleks

This is probably the most eagerly anticipated of all the lost stories, and possibly the one that would be received with the greatest glee among Doctor Who fans, should the lost film canisters for the six missing episodes (out of seven) ever turn up. In this story, we see Daleks time traveling to Victorian London, where they hope to convert themselves into even more effective warmongers by isolating the “Human Factor” and using it to further mutate themselves.

This story was planned to be Terry Nation’s last Dalek story for Doctor Who, as he was negotiating with American TV networks for a spin-off Dalek TV series. So he pulled out all the stops, establishing a Dalek hierarchy and making their sheer awfulness the whole crux of the story. They would not appear in a Doctor Who story for five years, in the Third Doctor adventure “The Day of the Daleks”.

Another fan favorite which barely exists in the vaults; only one of the six episodes in this story exists, which is a shame as it’s the first appearance of The Great Intelligence, and the Yeti – who make a return in the recently refurbished “The Web of Fear”.

“The Abominable Snowmen” takes the Doctor, Jamie and Victoria to Tibet in 1935, where they discover a Buddhist monastery under siege from murderous Yeti. It turns out they aren’t the usual local yeti that the monks – and the naturalist Professor Travers – consider to be gentle friends. This lot are fearsome robot yeti, controlled by golden spheres, which contain the essence of the unbodied being known as the Great Intelligence.

It’s all the more frustrating to note that the faceless Yeti in this story are far creepier than the oddly bird-faced ones in “The Web of Fear”. An animated recreation of their blank countenance (without the visible seam of a costume head you can occasionally see from behind in that one remaining episode) would draw out their creeping menace beautifully.

5. The Wheel in Space

Although their first and creepiest appearance was in the First Doctor’s last story, the Cybermen’s development into a recurring menace fit to rival the Daleks really happens in the Second Doctor’s era. “The Wheel in Space” is that classic Doctor Who story, a base under siege, and it introduces the last of the Second Doctor’s companions, the interstellar genius Zoe Heriot, who stows away on the TARDIS as the Doctor prepares to leave.

The Doctor and Jamie have to leave the TARDIS to escape mercury fumes, and find themselves on a deserted spacecraft near a huge rotating space station hovering over Earth. The station is about to be boarded by Cybermen and Cybermats, sent over by a Cyberplanner to try and take over the base’s radio beam and use it as a homing beacon for their fleet, so they can all take over the Earth.

Only two of the story’s six episodes have been uncovered so far. It’s also noteworthy that this story is the first in Doctor Who history to receive a soundtrack made by the BBC Radiophonic Workshop – the department who had created the original Who theme.

Sadly there’s only one of the six episodes in this often overlooked tale in existence. This is made all the most frustrating as the story was the second to be written by Robert Holmes, who really found his stride writing some of the Third and Fourth Doctor’s most beloved stories, and inventing both the Autons and the Sontarans.

So which of these classic serials would you like to see animated next?