The Sontarans are one of science fiction’s gnarliest creations. They’re squat and thuggish clone warriors, whose dense musculature and wedge-like frame are the direct result of the greater gravitational pull of Sontar, their home planet.
Being a clone race, you’d think there wasn’t much room for personal variation over the years, but the Sontarans have been subject to a facelift – some more major than others – with their every appearance in Doctor Who.
With current costume and prosthetics designers Ray Holman and Danny Marie Elias resurrecting a deliberately old school design for the new season's Sontaran menace (they are being referred to as “down-and-dirty warmongers in the mud”), let's take a look back at how they've evolved over the years.
1. The Time Warrior (1973) Make-up designer Sandra Exelby and costume designer James Acheson created the original design for Linx, the Sontaran warrior who landed in 13th century England. He’s a little hairier than we’re used to now, and his features are more like slits cut into a boulder than the expressive face of later generations. But he’s really creepy in a way that his descendents could never be. Just look at that tongue! The single strands of beard hair, and those wiry eyebrows!
It’s one of those sci-fi faces that really looks like the result of an entire alternate evolutionary strand. Or like someone has taken a short, muscular man’s body and given it the head of a blobfish.
2. The Sontaran Experiment (1974)There’s a slightly unintentional moment of hilarity in this clip from the second Sontaran adventure, in which Sarah Jane Smith claims that Styre, who has just captured her and Harry Sullivan, is the spitting image of Linx.
Now, it is true the Sontarans are a proud clone race. Linx even said that “at the Sontaran Military Academy we have hatchings of a million cadets at each muster parade," but there is no way that grinning Styre could be mistaken for creepy Linx. The head is broader, the features are larger, and the skin is a totally different shade of potato skin. Compared to Linx, Styre is almost handsome, and as we’ll see, definitely the prettiest Sontaran of the classic series.
3. The Invasion of Time (1978) 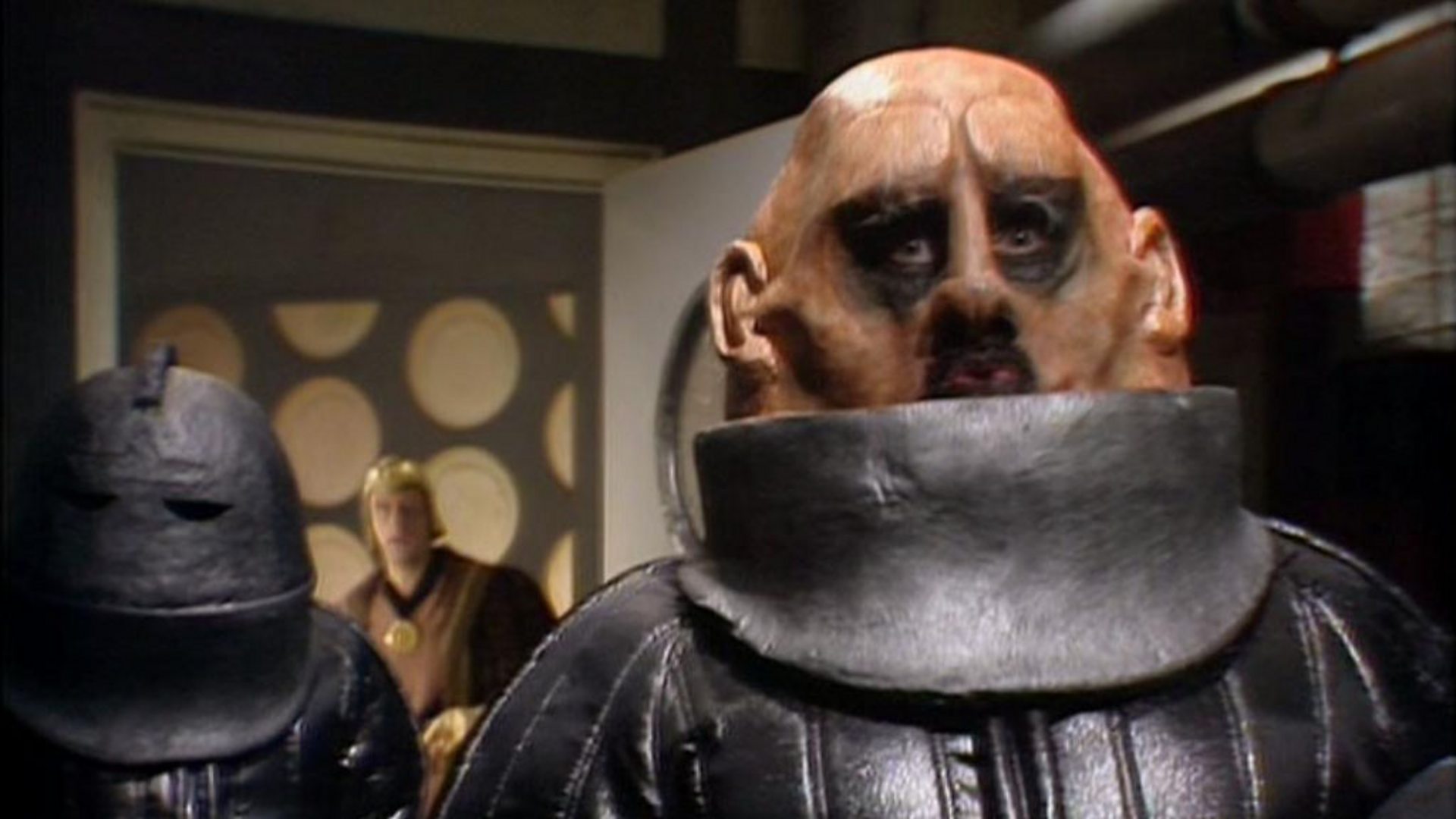 Commander Stor, the leader of the Sontaran squadron who suddenly turn up to invade Gallifrey two-thirds of the way through a story that seemed to be entirely finished, looks a lot more bewildered than his happy forebear. He’s a darker shade of tan than Styre, with the black rims around his wispy-browed eyes that show the strain of leadership.
Danny Marie Elias told the Radio Times he loves how the original Sontaran design makes them look “really broken down and beaten up,” which is Stor all over. This is a warrior who has seen too much and it’s irrevocably written all over his face. War is hell.
4. The Two Doctors (1985)Back in the Sontar clone factory, there’s clearly been a move towards a more sculpted face, with more pronounced brows, nose and cheekbones, larger ears and even bags under the eyes, replacing Stor’s dark rings.
Stike, the surprisingly tall warrior with the gun to Jamie’s head in this clip, also appears to be vulnerable to a knife in the kneecap, which does slightly undermine the Sontaran claim to be the best soldiers in the galaxy. We'd imagine that super-tough knee skin would have been the very next thing that they addressed for the next batch of clone warriors.
5. The Sontaran Stratagem (2008)And here they are! The first we see of the new Sontarans and their natty blue uniforms is when General Staal faces off against the Tenth Doctor. This clip explains Sontaran physiognomy to a new audience pretty well, and also illustrates their one essential weakness: the vent at the back of their neck, which is the equivalent to kicking a human in the groin.
What’s interesting about the new Sontarans is that they look much more angry these days. The brow has become successively more furrowed with the passing generations of clones, and the ears have suddenly started to flap out from the skull. There’s almost certainly a military advantage to this – organic personal radar, perhaps – but it’s not entirely clear what.
6. The Snowmen (2013)Strax is a lot of things – brutal, short, slow on the uptake – but one thing he is not is creepy. He represents the Sontaran race as being woefully out of touch in a non-conflict situation. He’s a fish out of water, a warrior in peacetime, not much use in subtle situations and not averse to using a squadron of laser hammers to smash a walnut.
To represent this, his face is slightly more characterful and less furious than Staal’s, and his uniform tan suggests vanity, rather than the horrifying effects of constant warfare. This may be because he’s a nurse, rather than a soldier, but it’s a far more appealing face that slurpy old Linx.
Which is your favorite iteration of the Sontaran so far?!