'Doctor Who': Seven Human Skills the Doctor Can’t Quite Master

“Regeneration,” the Tenth Doctor once said, “it’s a lottery.” And that’s especially true when you consider the skills and tastes that get jumbled up every time the Doctor changes into, well, the Doctor. An appreciation for the recorder (Second Doctor) becomes a love of cat brooches (Sixth). Excellent cricket hands (Five) turn into a demon right foot for soccer (Eleven).

Still, there are recurring issues that seem to be relatively ingrained (with notable exceptions). To be the Doctor is to be — or certainly act as if you are — slightly above humanity, after all. Here's a roundup of some of those human skills that the Doctor just can't quite seem to master.

Let’s be honest, the Doctor always goes into delicate emotional, political and military situations like a bull in a china shop. Shouting at soldiers for carrying guns, shouting at politicians for representing their constituents, and shouting at someone with a job for the immorality of their employers. Time Lords, for all their lofty aims of non-interference, do rather come across like interstellar Jiminy Crickets at times.

The Doctor is always telling people off and then taking the situation off them so that it can be fixed. Not for nothing has the term “meddler” been thrown in the direction of the TARDIS, more than once. That said, the Doctor is at his or her most useful in a stalemate, as they can develop creative solutions for the worst of logjams, but once the guns have been packed away, you wouldn’t want their input when negotiating the finer details of a peace treaty.

Addressing a complaint at this suggestion before it is even fully formed: Ten and Eleven are the anomalies here. To examine the full history of the Doctor’s social interactions is to acknowledge that this is a being who does not enjoy casual romance. The Second, Fourth, Fifth, and Thirteenth Doctors are a bit too playful, gawky and silly for serious passion, the Eighth carries himself like a romantic poet — more love than lust, even when chastely kissing Grace — while the First, Third, Sixth, Seventh, Ninth and Twelfth Doctors appear to find the idea of intimate relations slightly beneath them.

There may be a good reason for this. The great gaping void of exposition in the Doctor’s past is simply; what happened to his family? Where did his granddaughter come from? Given that — and the interspecies complications of getting fresh with humans — maybe the ambivalence is just a way to keep from getting hurt again. River Song might’ve won the Doctor round for a bit, but she’s such a special case that it would be difficult to replicate, even if the Time Lord spirit was willing.

On a similar note, there is so much of the child to the Thirteenth Doctor’s demeanor that she sometimes struggles to blend into adult company – even when she instructs her “fam” to do that very thing, as in “Skyfall”. Also think of Ten getting back from the party with his tie around his head like a giddy ten-year-old in “The Girl in the Fireplace,” or Four carrying his bag of jelly babies, or Thirteen playing snap at a blackjack table in “Spyfall”.

Three — by some distance the least childlike of all the Doctors — even played a grumpy game of checkers with Jo Grant during “The Mind of Evil”. He lost, then claimed it was because the game is too simple for his superior mind, just like a child would do.

The Doctor likes to talk about themselves in relation to others, that’s how they do their best thinking. “Talk very fast, hope something good happens, take the credit, that’s generally how it works.” And judging by the reaction this ceaseless stream of verbiage gets from their enemies and friends alike, it’s pretty exhausting to be around. There’s something in the vainglorious way the Doctor describes themselves, making grand claims as to their intentions and how well their plans are going to work out — which is only sometimes true. It’s almost as if they're a multi-dimensional being; living a character in a beloved television show, and firing off advice to their scriptwriter at the same time. Humans can’t get away with that sort of thing.

The TARDIS takes the Doctor to the right place at the right time. To arrive early, and leave them waiting around for a week for something interesting to happen, would be maddening. And yet this is something humans have to put up with all the time — waiting for appointments, waiting for buses, waiting for their lives to begin, waiting, waiting, waiting. It’s a huge temporal irony that the one with all the free time to give — the practically immortal Time Lord — is the one who is the most impatient.

Wherever they end up, the Doctor has only one ace card to play — that supernatural ability to get people to trust them on first impressions. And that’s really useful, given how astonishingly inept they can be at basic group dynamics — take the cue cards Clara ordered Twelve to carry as a perfect example. How many times has the TARDIS arrived, only for the Doctor to start issuing instructions and then find themselves locked up after a flippant comment too many? Small wonder they have little time for hierarchies, especially among soldiers. That said, they did get made President of the World that time, so that's something. 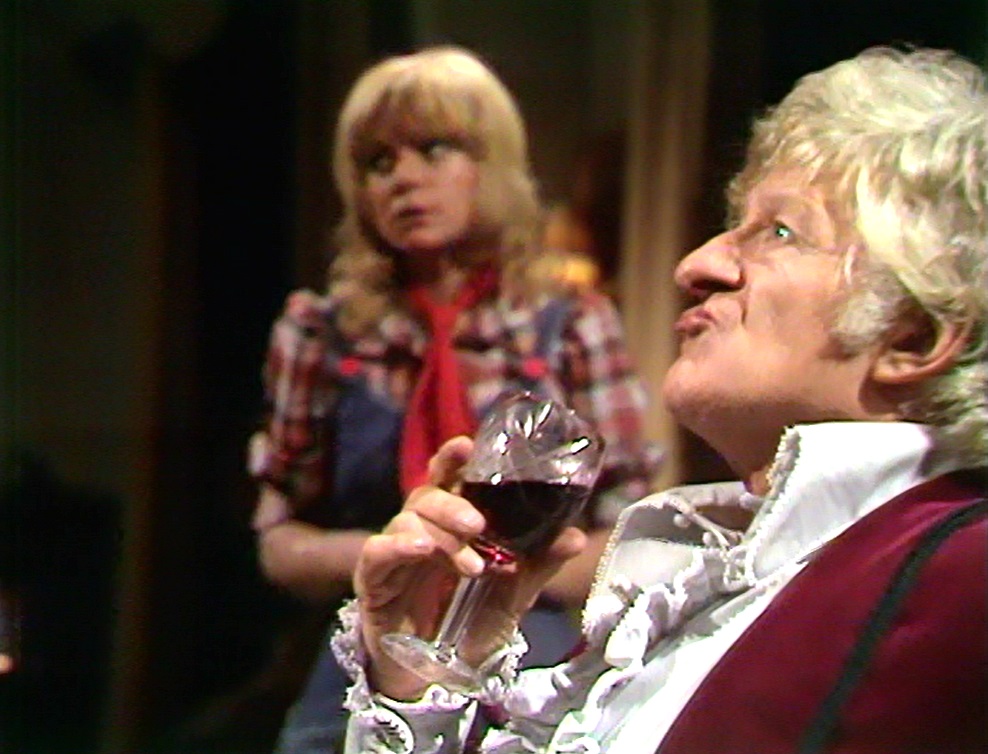 Let’s end by starting a fan theory; while there are examples of the Doctor seeming to drink and enjoy alcoholic beverages, there are as many in which they appear to disdain the practice. The First Doctor would regularly tell people that he never touched the stuff (“The Gunslingers”), Eleven always drank wine like a child would, as if he ought to like it but couldn’t get past the taste (“The Lodger”). So while Nine might refer to once being drunk under the table by David Lloyd George (“Aliens of London”) or the Fourth Doctor might refer to 1979 as a “table wine” of a year (“City of Death”), it may well be that Time Lords do not really appreciate alcohol the way that humans do.

And as for the Third Doctor’s claim, after drinking red wine in “Day of the Daleks,” that it was “a most good-humored wine. A touch sardonic, perhaps, but not cynical. A most civilized wine, one after my own heart," well, that’s the kind of nonsense people talk when they’re bluffing. So even if Twelve does hide booze in the TARDIS roundels — as we saw in “Twice Upon a Time” — who’s to say that isn’t just for show?

What do you think of the Doctors' potential human shortcomings?