'Doctor Who': 10 Things You May Not Know About 'Tooth and Claw'

In "Tooth and Claw," the Doctor once again spends the second adventure of a new season meeting someone famous and a classic horror movie monster in Victorian England. But having consorted with ghosts and Charles Dickens in "The Unquiet Dead," he and Rose up the ante a bit with Queen Victoria and a werewolf. Oh and we see the first stirrings of what will become Torchwood too.

The first few minutes of this story are crammed with references that could do with a little extra explanation. These include:

When the Doctor and Rose first arrive and are surrounded by guardsmen with guns, he tells them his name is Doctor James McCrimmon from the township of Balamory. Jamie McCrimmon was, of course, the Second Doctor's companion, an 18th century highland warrior with a kilt, a sporran and a dagger in his sock. Balamory, on the other hand, is a BBC Children's TV show filmed in in Tobermory on the Isle of Mull:

The reference to "timorous beasties" comes from the poem "To a Mouse" by the great Scottish poet Robert Burns. It begins:

O, what a panic's in thy breastie!

I wad be laith to rin an' chase thee,

The Doctor mentions the "First Anti-Grav Olympics", an event that is a very particular plot point in the Eleventh Doctor story "The Bells of Saint John":

Ian Dury and the Blockheads were a London-based post-punk funk and rock group whose commercial peak was the 1978 No.1 "Hit Me With Your Rhythm Stick." Dury went on to attain national treasure status in the U.K., thanks to his ribald lyrical skill, theatrical stage persona and mordant English wit. It's no surprise the Doctor is a fan.

As well as praising The Muppet Movie and mentioning the Chinese invasion of Vietnam, the Doctor mentions that 1979 is the year Skylab fell to Earth, adding "with a little help from me... nearly took off my thumb." Skylab was the first space station, launched by America in 1973. This real-life event has been the source of two further moments of Doctor Who mythology. The Tenth Doctor short story "Bennelong Point" has the Doctor defeating an alien race called Zalphons on board Skylab, and there was a Seventh Doctor short story entitled "Three Steps to the Left" in which the Doctor prevented the death of a man in the Gibson Desert by suggesting he step out of the path of a falling piece of Skylab debris.

Oh and when the Doctor says he's from Edinburgh and trained under "Doctor Bell himself," he's referring to Joseph Bell, lecturer at the medical school of the University of Edinburgh, who is best known as Sir Arthur Conan Doyle's loose inspiration—he used to be Bell's clerk—for Sherlock Holmes.

This isn't the first time Pauline Collins, the celebrated British actress who plays Queen Victoria, has appeared on Doctor Who. She played the Liverpudlian Samatha Briggs, who first encounters the Doctor and Jamie while looking for her brother at Gatwick airport. 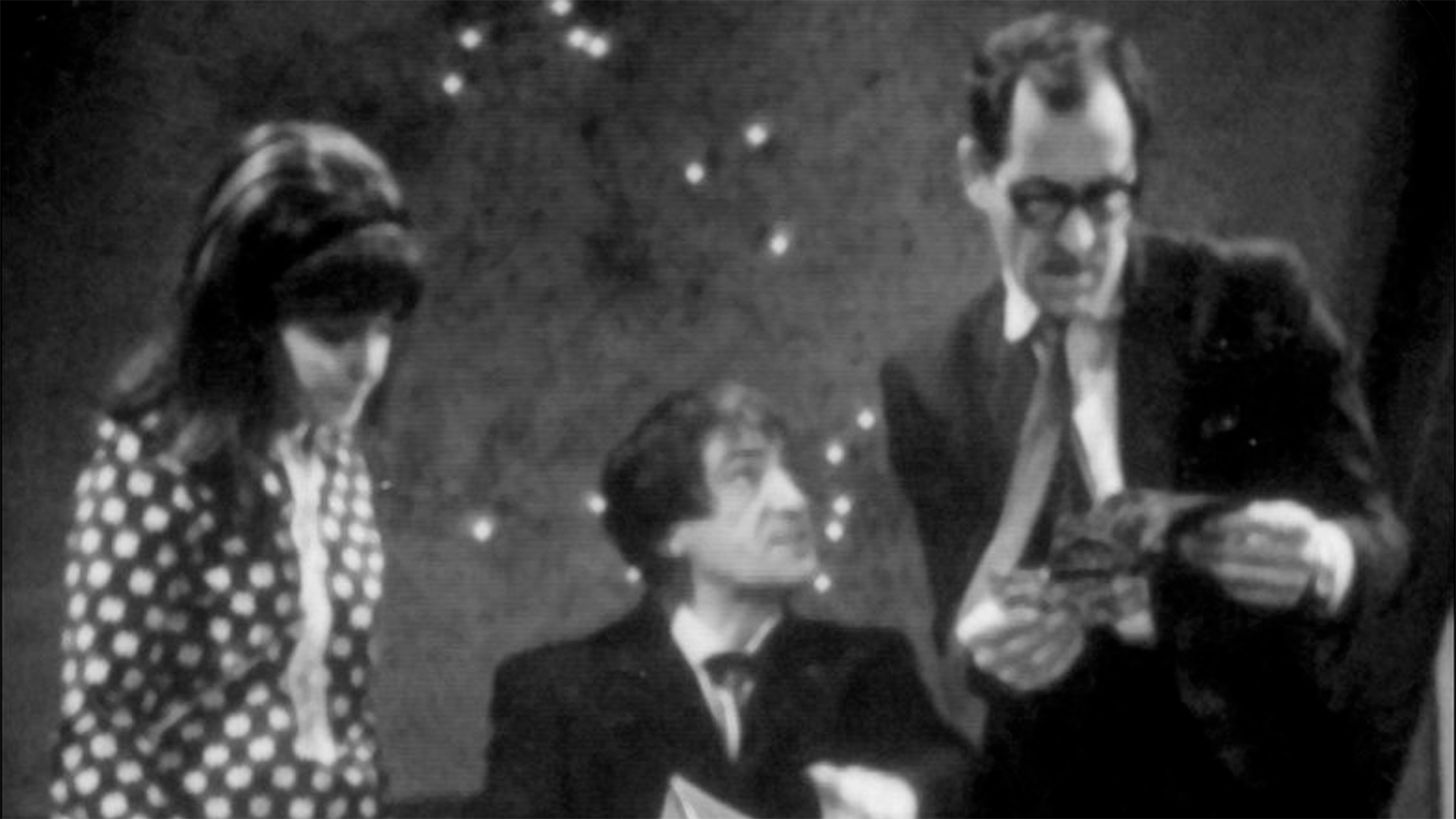 'The Faceless Ones' (Photo: BBC)[/caption]

Following this appearance, she had been offered the job as a new companion, but wanted to move on to other acting roles.

The presence of misteltoe in the castle was intended to be an early tipoff that something is amiss for Scottish viewers (or people who know the flora of Scotland), as the plant is not indigenous to the area. Sir Robert's father must have brought it in specifically to ward off the wolf. Script editor Simon Winstone confirmed as much in a BBC Podcast.

When the Doctor is knighted at the end of the story, it completes an arc that began around forty years earlier. The First Doctor, after watching his companion Ian Chesterton receive a knighthood from King Richard I and become Sir Ian of Jaffa (during "The Crusades") in order to ride off and find the missing Barbara, mentions to Vicki, "I almost wish I'd been knighted, too." This did not come to pass. And although the Fifth Doctor did receive a knighthood from the selfsame King Richard, back from the Crusades (in "The King's Demons"), it later turned out that the King was a shape-shifting robot, so this is his first official knighthood.

Michelle Duncan (Lady Isobel) and Jamie Sives (Captain Reynolds) had to miss the readthrough for this story, and because David Tennant's parents were visiting the Doctor Who set at the time, they were invited to stand in. At the press launch for Season Two, David told reporters: "Because it's set in Scotland they were delighted to be asked to read in. My Mum played Lady Isobel and my Dad played Captain Reynolds, and they were in seventh heaven. And they were genuinely cheesed off when they didn't get asked to play the parts for real! I was like 'chill-out Mum and Dad, back in your box!'"

NEXT: 10 Things You May Not Know About ‘School Reunion’