'Doctor Who': 10 Things You May Not Know About 'Thin Ice'

"Thin Ice" allows Bill Potts to see back into her own planet's past, but it also reveals some upsetting truths about the Doctor and the kind of events at which he tends to appear.

It also echoes the events in "The Beast Below", albeit hundreds of years into the past. This suggests that any lessons that could've been learned from these events will remain unheeded, and that post-industrial society has always used whatever natural resources it can get its hands on.

The Frost Fairs of London—complete with elephant and circus performers—took place during a period in which temperatures in London would regularly dip far below freezing during the winter months. They were enormously popular, but stopped after things warmed up a bit after 1814, and the Thames stopped freezing. You can read more about them in Frost fair: When an elephant walked on the frozen River Thames.

Although the Doctor suggests people would chalk the events in this story up to daytime drinking, in fact it was a lot safer to drink alcoholic beverages than water in 19th Century London, due to extremely poor sanitation. This "Thin Ice" fact file suggests that the Doctor and Bill may have been drinking a spiced beer called Mum and Purl.

The Doctor has mentioned gravity-free sports before. In "Tooth and Claw" his Tenth incarnation talks about the Anti-Gravity Olympics, and the Eleventh Doctor claims to have taken part in the 2074 games in "The Bells of Saint John."

The frozen creature in this story isn't the first unusual beast to be discovered by the Doctor in or around the Thames. The Skarasen in Loch Ness follows the Fourth Doctor to London and swims up the river in "Terror of the Zygons", and the Slitheen crashed a spaceship piloted by their technologically-enhanced pig in "Aliens of London." The First Doctor faced down a Dalek rising out of the river in "The Dalek Invasion of Earth," the Twelfth Doctor brought a Tyrannosaur back from prehistory to the banks of the Thames in "Deep Breath" and the Tenth Doctor used the waters of the river to drown the Racnoss in "The Runaway Bride."

While Bill is wrong to assume the TARDIS has traveled to an alternate universe in this instance, it's certainly not beyond the realms of possibility. The Third Doctor found himself on a parallel Earth in "Inferno", albeit by accident, as did the Tenth Doctor and Rose in "Rise of the Cybermen". The Fourth Doctor visited a few planets in a negative parallel universe called E-Space ("Full Circle," "Warrior's Gate," "State of Decay"), and even left his companion Romana there.

But perhaps the most affecting alternate reality in Doctor Who was the pocket universe in which Donna Noble never met the Doctor, and the devastating consequences that followed, as depicted in "Turn Left."

The Doctor has indeed visited that particular Frost Fair before. In fact, while the Twelfth Doctor promised to take Clara there in "The Caretaker," the Eleventh Doctor actually took River Song to celebrate her birthday, and, as she told Rory in "A Good Man Goes to War", he also “got Stevie Wonder to sing for me under London Bridge." 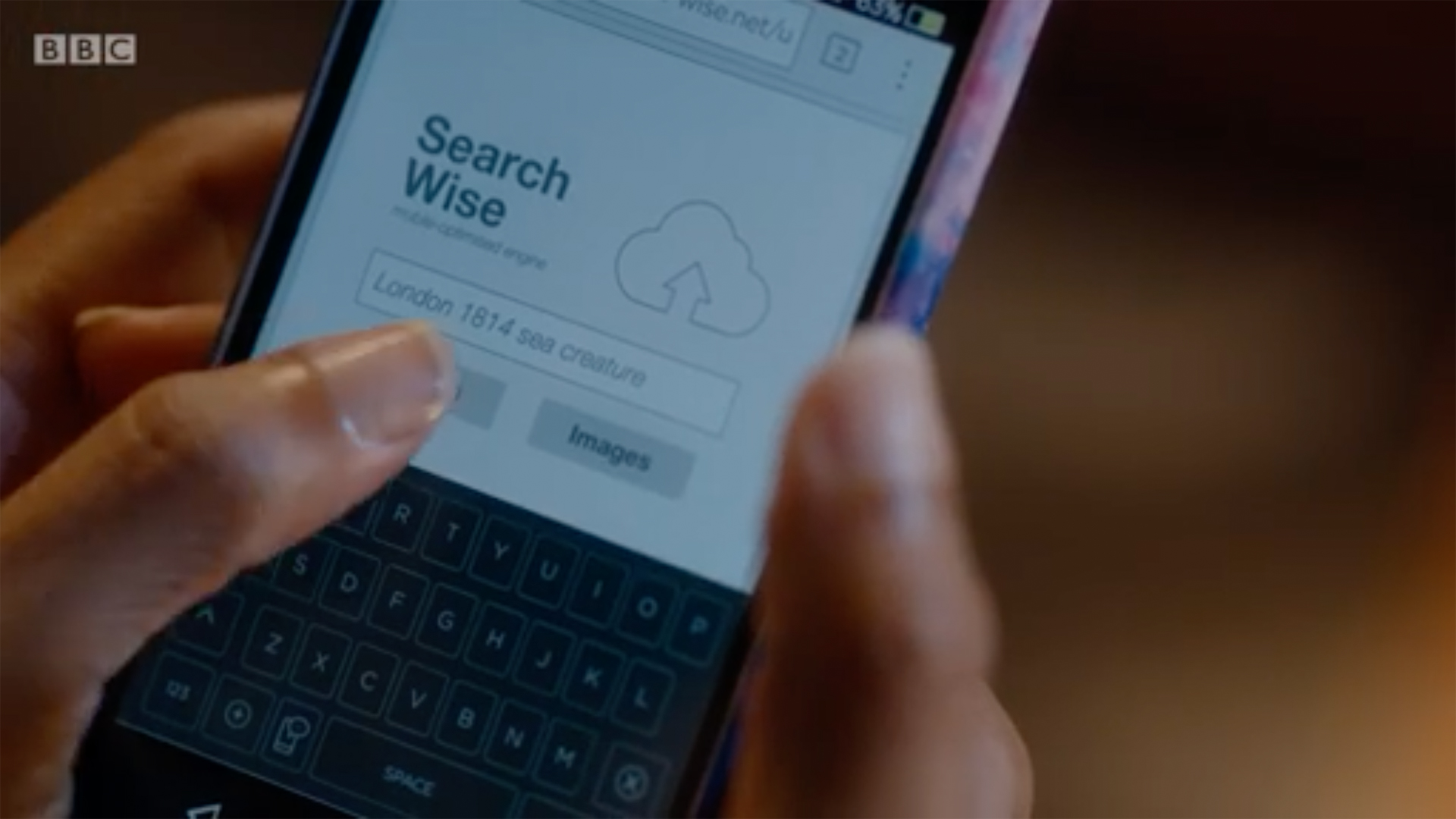 Bill uses a search engine called "Search-Wise" to check for references to their involvement in the last Frost Fair, the same search engine Rose Tyler uses to search for "Doctor blue box" in "Rose." Search-Wise.net is an actual search engine developed specially for film and TV companies who want to show internet use without offering free advertising for Google.

The story the Doctor reads to the children is the English translation of Heinrich Hoffman's dark morality tales for children Der Struwwelpeter, which would not be published for another 31 years. The book contains poems encouraging children to behave, with dire consequences for any who do not. The Doctor is reading the tale of Conrad, a young boy nicknamed Little Suck-a-Thumb (for obvious reasons), whose mum warns him to cease his bad habit, or "the great tall tailor" will come and cut his thumbs off. He disregards her advice, and the poem ends:

That both his thumbs are off at last.

And looks quite sad, and shows his hands;

Which makes the Doctor's comment "Don’t suck your thumbs while I’m away" all the more eerie.

There's a further Doctor Who link to Der Struwwelpeter. In 1998 a successful theatrical interpretation of Heinrich Hoffmann's poems and stories was staged in London, under the title Shockheaded Peter. The show was co-created by Julian Bleach, who also took the role of MC, linking the unsettling tales together. Julian Bleach is best known to Whovians as the most recent actor to play Davros, in "The Stolen Earth" / "Journey's End" and "The Magicians Assistant" / "The Witch's Familiar."

In keeping with the fine Doctor Who tradition of hiring British comedy legends, this episode features Nicholas Burns as Sutcliffe. Nicholas played the title role in the highly-regarded Channel 4 series Nathan Barley, which was written by Charlie Brooker (of Black Mirror fame) and Chris Morris.

Nathan Barley, a satire on the vacuousness of London hipster culture also featured early performances by Benedict Cumberbatch, The Mighty Boosh's Julian Barrett and Ben Whishaw, making it a crossover point between Doctor Who, Sherlock and James Bond:

NEXT: 10 Things You May Not Know About ‘Knock Knock’