“The Ghost Monument” is a story in which the strangeness of life with the Doctor is thrust to the fore. Her new companions – the fam – have just wished her farewell when they find themselves somehow stranded in the blackness of space, then split up and picked up by two racing spaceships, then dumped on an alien planet with three suns. Casual.

In order to get from there to a home on the TARDIS, they have to brave robot assassins, streams full of carnivorous mites and sentient (and homicidal) tea towels. And THEN this crazy woman that they’ve only just met invites them to squeeze into a police box on a really hot day. Madness!

Here are a few things that you should keep an eye out for, the next time you watch:

Let’s start with the essentials:

1. The TARDIS has a custard cream dispenser. Custard creams are a type of sandwich biscuit (meaning cookie) with vanilla filling, and were first introduced to British teatime in 1908. It’s such a popular biscuit in the British Isles that supermarkets offer own-brand versions. And in a 2007 poll, 90% of 7,000 participants voted the custard cream their favorite. 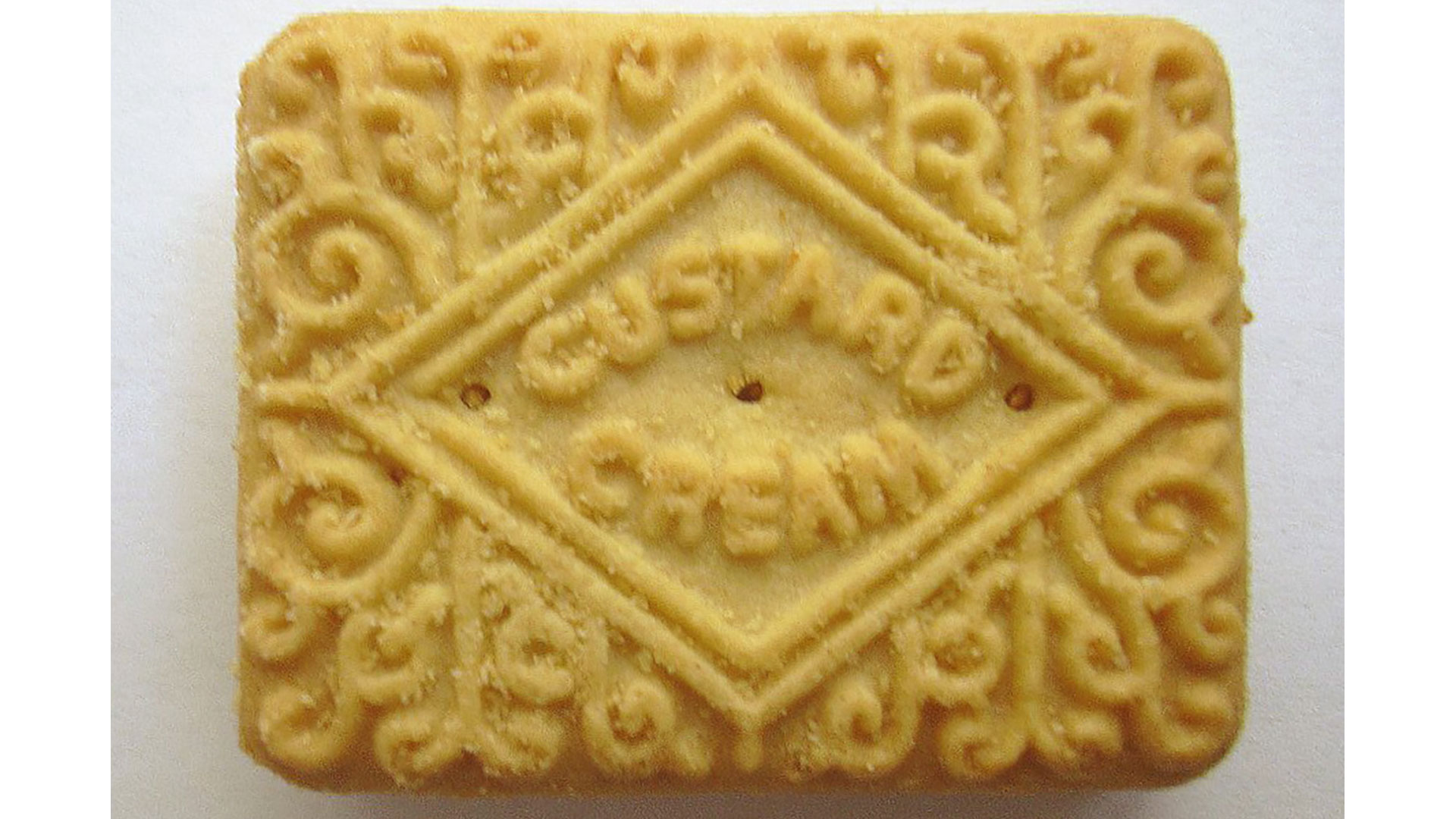 In your FACE, Jammie Dodgers!

2. This is the first episode in which we see the new titles, and for the first time in new Who, there’s not a TARDIS to be seen. It’s also the first episode since “The Day of the Doctor” which starts with the titles, a nod to classic Who that continues throughout Season 11.

3. The Doctor offers a brief history of how she learned Venusian aikido. This martial art was originally introduced to Doctor Who as an idea for the Third Doctor, to make him more of an action hero type, after the bumbling “cosmic clown” antics of his immediate predecessor.

Rather than choosing karate or kung fu, aikido was suggested by Who writer Terrance Dicks as it has no attacking moves. This martial art has been revisited a few times in various Who media, not least the reference in “World Enough and Time,” where Nardole points out that it’s a discipline that requires five arms, to which the Twelfth Doctor replies that he has "hidden talents — as well as hidden arms."

4. A full evaluation of the TARDIS redesign would take up a 10 Things post in its own right, but one of the key points is that the St John Ambulance badge on the front door – a mainstay of the Steven Moffat era – has been removed. And for the first time since the Fourth Doctor’s tenure, the phone sign has white text on a black background, instead of the other way around.

5. Fans of British idioms will be delighted to know the origins of the phrase “in old money,” as used by Epzo as the Doctor tries to work out how much the prize money is worth. British currency changed from imperial (one pound = 12 shillings or 240 pence) to metric (one pound = 100 pence) in February 1971, and the phrase was first used as a genuine attempt to estimate value in the face of changed monetary worth.

As time went on, it became a phrase that indicated a certain stuck-in-the-mud disinclination to learn new things, and then a stock joke to mock that kind of disinclination when converting anything, akin to asking how long something is in dog years.

6. The exterior shots for "The Ghost Monument" and “Rosa” were filmed in South Africa and conditions were not ideal. There was a drought, which meant that after a hard day’s filming, the cast and crew were only allowed to shower for a maximum of two minutes. Tosin Cole was so overcome by the conditions that he succumbed to heatstroke during filming.

7. If you’re trying to place the mellifluous tones of Art Malik, who plays the hologrammatic Ilin, he was also the voice of Abbot Absolute in the Big Finish Doctor Who audio story “The Skull of Sobek.”

8. Shaun Dooley, who plays Epzo, has a long history in British TV, including Broadchurch, and the soap operas Coronation Street and EastEnders. He also took the moody photo of Jodie Whittaker as the Doctor with the TARDIS silhouette in the background, which has been used to promote the last couple of seasons of Doctor Who. He did it while they were on location in South Africa, and he suddenly spotted a very familiar sight on the top of Paarl Mountain.

He told Doctor Who Magazine: “As we went round this corner, I suddenly saw the TARDIS on top of this mountain range. There was nobody else there and it looked amazing. I’m a big Doctor Who fan so I was like, ‘Stop the car, stop the car,’ so I could take some landscape pictures of the TARDIS.”

So he grabbed his phone, but then an idea struck him: “I’ve taken a lot of pictures in my life in silhouette with back lighting – I really love that sort of thing – so I was like, ‘Jodie, Jodie, Jodie, go and stand up there.’ I got her to face sideways, facing out to my right.” 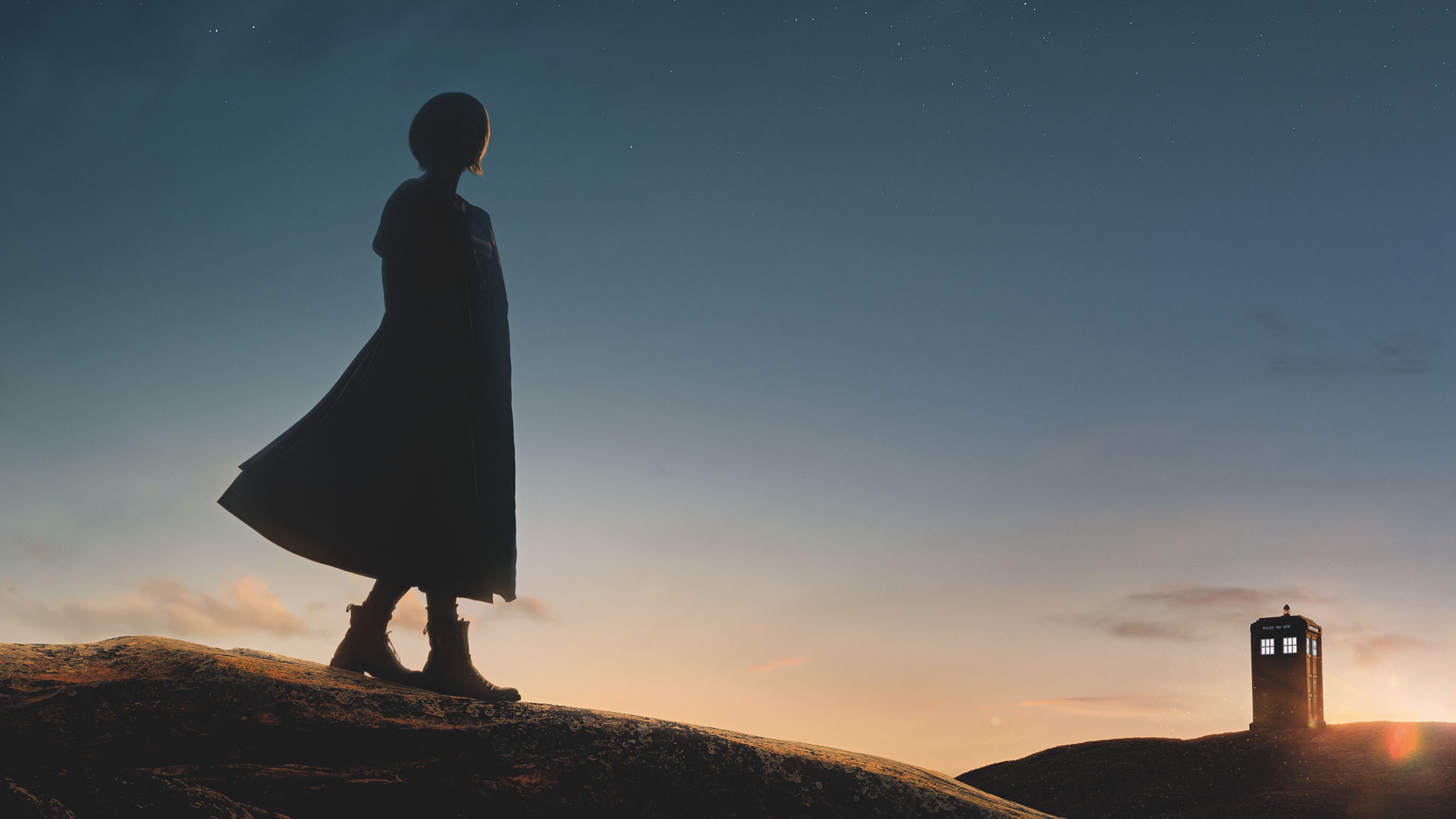 9. The Doctor uses the colloquial British expression “let’s get a shift on” to mean “hurry up,” which marks only the second time s/he has used it on screen. Eleven said the same thing during “Dinosaurs on a Spaceship,” and the only other times it’s been used in Who TV history has been by members of the armed forces.

Several UNIT soldiers used it in front of the Third Doctor, but the first time the Doctor will have heard the phrase occurred during his second incarnation, in the London Underground tunnels during “The Web of Fear”. Sergeant Arnold turns to a subordinate and says, “All right, Corporal. Get back and tell Captain Knight it's all clear up here. And get them to get a shift on.”

10. Yaz mentions that the TARDIS looks like the green police box on Surrey Street in Sheffield. This isn’t a fanciful concoction by Chris Chibnall, but a reference to the last of 120 police boxes that used to line the streets of Sheffield in the early half of the 20th century. Look, this is the very box she was talking about:

What's your favorite fun fact or easter egg from "The Ghost Monument"?