'Doctor Who': 10 Things You May Not Know About 'The Eaters of Light'

In "The Eaters of Light" we see the Doctor back in Scotland, a place he seems almost as fond of as London. We also seem him ready to sacrifice the rest of his future regenerations in order to save a planet, much like he did on Trenzalore.

It is also a story that links the last days of classic Doctor Who with the modern update. Here are a few things to keep an eye out for, the next time you watch:

Rona Munro, who wrote the script, was also the writer of "Survival," the very last Doctor Who story of the original series, and one which explores the non-TARDIS life of the Doctor's then companion, Ace, in a manner which would be familiar to viewers of the Russell T Davies era. Rona is the only writer to have written scripts for both the classic and rebooted series.

Brian Vernel, who played Lucius, is also something of a bridge between classic and modern Who, having also played Robert in the audio story "Dethras," part of The Fourth Doctor Adventures.

Although set in Scotland, the film crew went out to the wilds of Wales for the shoot, including Porth yr Ogof – a cave near the village of Ystradfellte, which is near the Brecon Beacons National Park.

Nardole's claim to make "a mean spag bol" has quite a specific British slant, not least because of the commonly-used slang term for spaghetti bolognese. Hugely popular in the U.K., it's a dish that has been so altered by regional variety it's often reviled by Italian chefs, who have all but disowned the British variant. Some people have even gone so far as to claim it was in fact a British invention, in the way that chicken tikka masala doesn't really exist as a dish in India, despite being available in all Indian restaurants in the U.K.

On a similar note, it's a safe bet that when Nardole claims that he's the only one who "knows where the teacakes are" in the TARDIS, he's referring to the British variant, which is a light yeast-based sweet bun containing dried fruit, typically served toasted and buttered. Here's Paul Hollywood's recipe.

The unclear status of the Roman Ninth Legion is a matter of great historical speculation. Their presumed defeat at the hands of a less-disciplined pictish army — a true David and Goliath story that lingers long in historical myth — is the subject of Rosemary Sutcliff's 1954 historical novel The Eagle of the Ninth, and of a more recent movie, The Eagle, starring Jamie Bell. According to this BBC News report, it's likely that the invading Roman forces did indeed meet their end on a remote hillside in the north of what was to become England.

Nardole's account of the events on the Mary Celeste are in flat contradiction to the First Doctor story "The Chase," which sees the ship being invaded by Daleks, forcing the crew to abandon ship in a hurry. There again, they do have the ship's sign stored near the vault, so it's possible the Doctor went back and saved the crew at some undisclosed point in time. 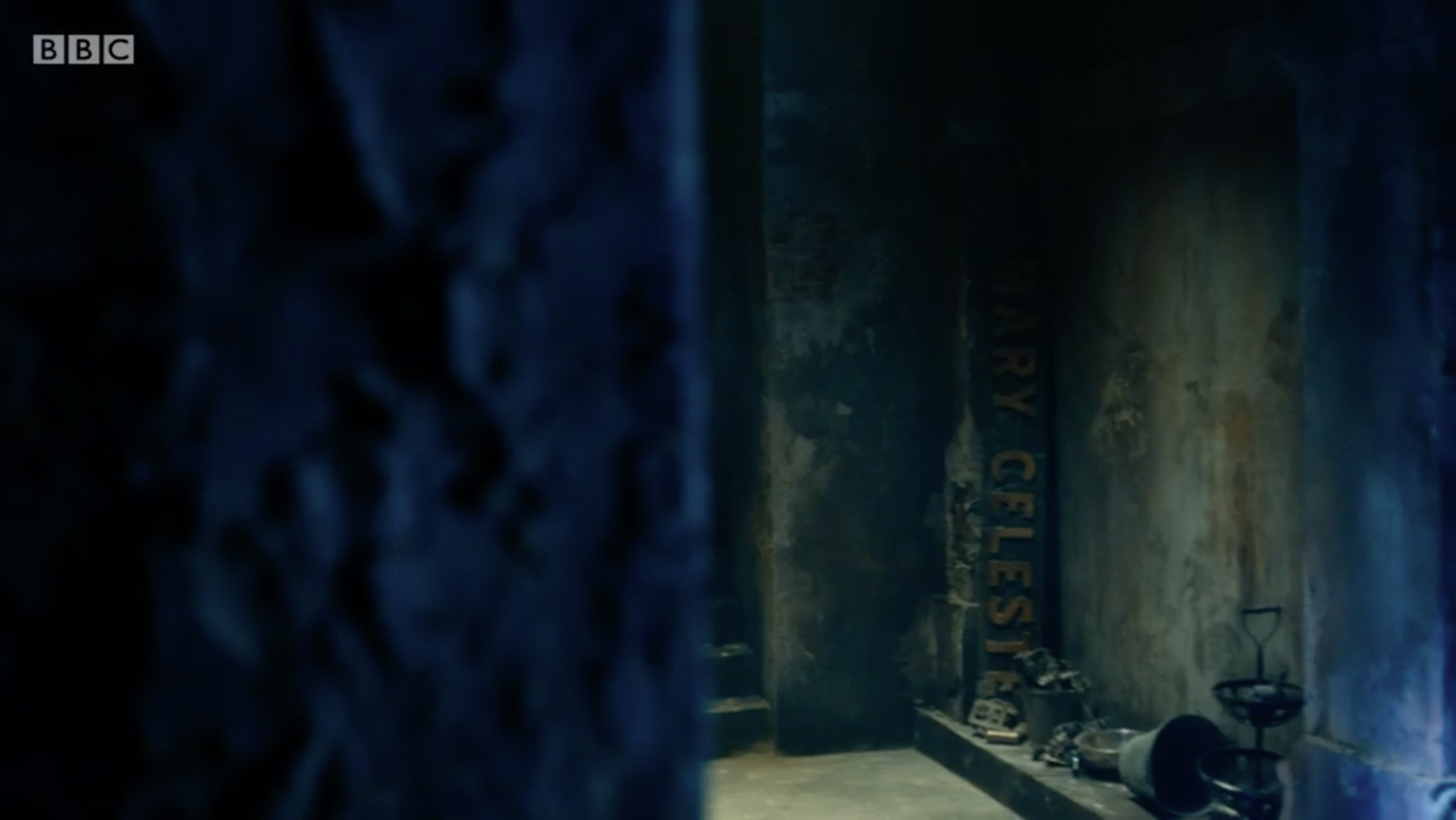 The Doctor does keep finding himself in stone circles. We already know about his visit to Stonehenge in "The Pandorica Opens", but there's another stone circle based on Boscombe Moor in Cornwall that the Fourth Doctor visited with Romana in "Stones of Blood". Known locally as the Nine Travellers, it was actually the home to three stone-based alien lifeforms called the Ogri, who were capable of turning people into stone themselves.

The Doctor's recent companions have all had a thing about Romans. Bill researched the history of the Ninth Legion, while Clara Oswald was a big fan of Marcus Aurelius, calling him, "The only pin-up I ever had on my wall when I was 15, only one I ever had." Amy Pond described the Roman invasions of Britain like this: "My favorite topic at school. Invasion of the hot Italians! Yeah, I did get marked down for the title..." And of course Rory spent 2,000 years as a Roman centurion, guarding Amy in the Pandorica.

Missy/The Master should be well familiar with the Doctor's TARDIS by now. During an uneasy alliance between the two Time Lords he entered the Doctor's TARDIS (in "The Claws of Axos"), and even landed his TARDIS inside the Doctor's console room (in "The Time Monster"). In the 1996 Doctor Who TV movie the Doctor was taking the remains of his body to Gallifrey, but he managed to escape as a strange, worm-like creature, inhabit the body of a human and plotted to steal the Doctor's remaining regenerations for himself. He failed and found himself dragged into the Eye of Harmony, deep in the heart of the ship. Some time later, he re-entered the TARDIS as Professer Yana (in "Utopia") and, having been restored to his Time Lord capabilities, regenerated inside the console room, pinched the TARDIS and headed for 21st century London, to become prime minister.

NEXT: 10 Things You May Not Know About ‘World Enough and Time’