It is fair to say that the second half of "Spyfall" is different from the first. Not only has the revelation at the end of Part 1 devastated the Doctor, but we’re out of the world of James Bond and the modern day and off to meet some key historical figures.

1. Just before he disappears from the plane at the end of the previous episode, the Master makes reference to being the Doctor's "best enemy." This is a term previously used by the Doctor. In the 1983 20th anniversary special “The Five Doctors,” the Third Doctor comes across the Master, remarking to Sarah Jane Smith,“That's my best enemy. He likes to be known as the Master, don't you?”

2. The actual Royal Gallery of Practical Science opened in London in 1832 (two years before the Doctor and the Master paid a visit). The inventor Jacob Perkins was one of the founders of the Society for the Illustration and Encouragement of Practical Science, launching the National Gallery of Practical Science in Adelaide Street, which soon gained the royal stamp of approval. Exhibitors would bring in technological advances, to show to some 80,000 visitors a year. Innovations included the latest in electro-magnetic development, and the actual Perkins Steam Gun, which was fired several times a day – albeit not at any Time Lords.

3. When the Doctor is on top of the Eiffel Tower, she mentions Jodrell Bank, site of the Pharos Project radio telescope from which the Fourth Doctor fell in “Logopolis,” triggering his regeneration. So when the Master asks if he had ever apologized, he’s referring to his part in the events leading to that fateful fall:

4. In the section of the story devoted to Nazi-occupied Paris, the plan was originally to feature the scene in which Noor Inayat Khan – codename Madeleine, the first female resistance operator to be sent from Britain into occupied France – is captured as an enemy spy and executed. It ended up being cut.

Aurora Marion, who played Noor, said on Instagram: “I was Noor Inayat Khan for the BBC production of Doctor Who! She is the first female British spy to be sent to Paris during the Second World War. My first time as a period character, my first time on a show of this scale, my first death by guns on set (Noor got shot by the Nazis, not in the final cut though).” 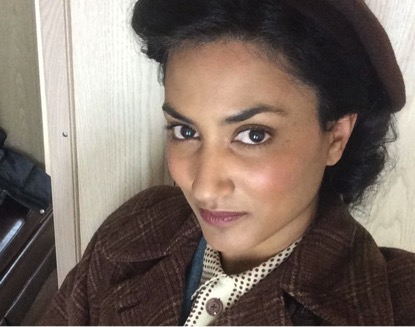 5. Graham makes a gag about his laser shoes, using the term “soft shoe shuffle,” which, while it may be a well-handed down cultural reference, is perhaps a little archaic for Doctor Who’s younger viewers, so here’s a quick explanation. The soft-shoe is a form of dance that is similar to tap-dancing, but without the metal caps under the toes of the shoes (hence “soft”). The feet still generate a rhythm, but exponents can create sound effects by tapping and sliding – sometimes across sand scattered on the stage. Modern tap-dancing incorporates techniques from both hard and soft disciplines but as a passing reference, “soft-shoe shuffle” dates Graham as part of a showbiz tradition that goes back to the 1930s.

6. Charles Babbage did actually own a clockwork automaton called the Silver Lady. However it did not look like it was made from a coat-hanger. His Silver Lady was an elegant figurine that bowed, and then peered through a magnifying glass. Babbage once wrote to Ada Lovelace, inviting her to a party with the words: "I hope you intend to patronize the 'Silver Lady'. She is to appear in new dresses and decorations."

7. Ada Lovelace talks about her periods of paralysis, which also actually happened – although not with extra-terrestrial influence. She was often ill during childhood, experiencing blinding headaches when she was eight, and even a bout of paralysis after she contracted measles in 1829. She was bed-ridden for a year.

8. The Doctor reveals the temporal map in the Master’s TARDIS, showing pictures of key figures in the development of computing. The images shown include: Alan Turing, Steve Wozniak, Steve Jobs, Bill Gates and Grace Hopper.

9. When revealing his dastardly plan for the world, Barton sardonically uses the phrase “there’s an app for that,” as an in-joke, using an Apple advertising slogan from 2009, the breakthrough era of smartphones. It’s a well-worn phrase these days, but did you know Apple was so pleased with it that they have now registered it as a trademark?!

10. To achieve the pomp and finery of this Master — a move forward in time from Missy’s Mary Poppins apparel – Sacha Dhawan and Doctor Who costume designer Ray Holman worked on a theatrical spin on the 1950s “Teddy Boy” teen craze that coincided with the arrival of rock ‘n’ roll music. The coats are Edwardian but the quiffs and sideburns are pure thug. Alex Turner, elegant singer with Arctic Monkeys, was another key influence. In an Instagram post, Sacha said “I couldn’t have felt more proud when I first stepped into the costume.” 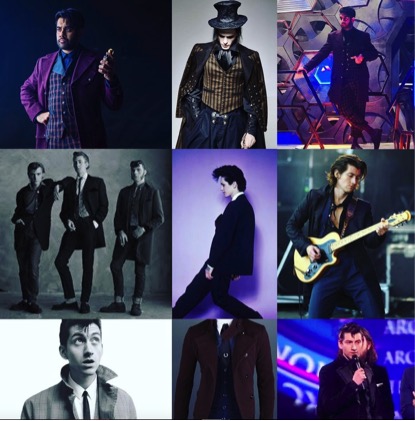 10a. While we’re at it, let’s end with Sacha’s history of the Master: