'Doctor Who': 10 Things You May Not Know About 'School Reunion'

There is something enormously heartening about the way this story introduces two of classic Doctor Who's favorite characters back into the newly launched series. It's not done just as a squee moment for diehard fans, nor is it an attempt to ingratiate the old guard with the show's new, younger audience. The return of Sarah Jane Smith and K-9 is a story of what happens to the Doctor's companions once their time in the TARDIS is up. What do they do next?

"School Reunion" is Toby Whithouse's first script for Doctor Who, and according to an interview he gave to Doctor Who Magazine, it had the working title of "Black Ops," as the idea had been worked on by a previous writer, who set the story in an army base. Russell T Davies had envisioned the story taking place in a school, and so when Toby came in to work on the script, that idea was reinstated.

"School Reunion" marks the first appearance of Sarah Jane Smith (and K-9) since the 20th anniversary special "The Five Doctors," but the thing Sarah most wishes to take issue with is the way she and the Doctor parted in the first place: "It wasn't Croydon, where you dropped me off, it wasn't Croydon!"

The separation took place at the end of the Fourth Doctor adventure "The Hand of Fear," a scene that looks slightly different now we know she was abandoned in Aberdeen (which is in Scotland, right at the other end of the British Isles to Croydon). A more recent version of the same sort of thing occurred shortly after the Twelfth Doctor's regeneration, when he went to fetch coffee for Clara Oswald ("Deep Breath" / "Into the Dalek") and left her in Glasgow.

The return of Sarah Jane was on Russell T Davies' pitch sheet for the reformed show from 2003. He wanted to show how the companions fare after their time with the Doctor is over, and with Sarah Jane regularly being voted as a favorite companion, she was the perfect choice. Initially, Elisabeth Sladen was wary of appearing, believing her part to be just a cameo role, but as she told BBC Norfolk in 2006, that changed when the story was fully explained: "I got there and they started to talk about the character and what they thought about the character and where she would actually be now, so many years later. A scene had already been written and all of a sudden I realized this would be an episode where I'd have an integral part so we ordered more wine, became a very rowdy table, and I said, 'Yes, OK'."

The Doctor indulges himself in a moment of of teen stereotyping when sitting in the school canteen, wondering why the pupils of the school aren't more like the "happy-slapping hoodies with ASBOs and ringtones" that appeared in the tabloid press of 2006.

To break that sentence down a bit, happy-slapping was a youth trend (and subsequent tabloid scare) in which a gang of kids would attack a stranger while filming them on their cellphones. Hoodies were simply young people wearing hooded tops, particularly those with baseball caps on and hoods up, so their faces are hard to see. Not everyone dressed this way indulged in anti-social behavior, but enough did for that look to gain a reputation. And speaking of which, ASBO is the acronym for an anti-social behavior order, a civil order prohibiting certain people from doing certain things or entering certain areas, in order to keep the peace.

As the Doctor and Sarah Jane work on K-9 in the cafe near the school, and Rose and Mickey discuss Sarah Jane, Joy Division's sober autopsy of a dying relationship "Love Will Tear Us Apart" is heard playing on the radio.

Incidentally, that's not a newly created K-9 we see onscreen, but one of the originals made by the BBC props department in the late 1970s. Confirmed old school Whovian David Tennant must have been thrilled!

Shortly before his shocking realization that he has taken on the role of "the tin dog" for Rose and the Doctor, Mickey claims he's their "man in Havana, I'm their technical support," which is a reference to the Graham Greene novel Our Man in Havana. The irony being, the novel's title character James Wormold, a British spy based in Cuba, is an out-of-his-depth agent who takes to sending faked intelligence back to the U.K., including sketches of "military installations" that are modeled on parts of a vacuum cleaner. He's not a trusted backup or a valued team member. The point being, Mickey would be better off as the tin dog.

If the face of young Melissa—the child who replaces Milo in the top class, as witnessed by the Doctor in the canteen—seems familiar, it's because she's played by Lucinda Dryzek, who recently appeared in the BBC's adaptation of Susanna Clarke's novel Jonathan Strange and Mr Norrell, as Flora Greysteel. She was also in Pirates of the Caribbean: The Curse of the Black Pearl, playing a younger version of Keira Knightley's character Elizabeth. 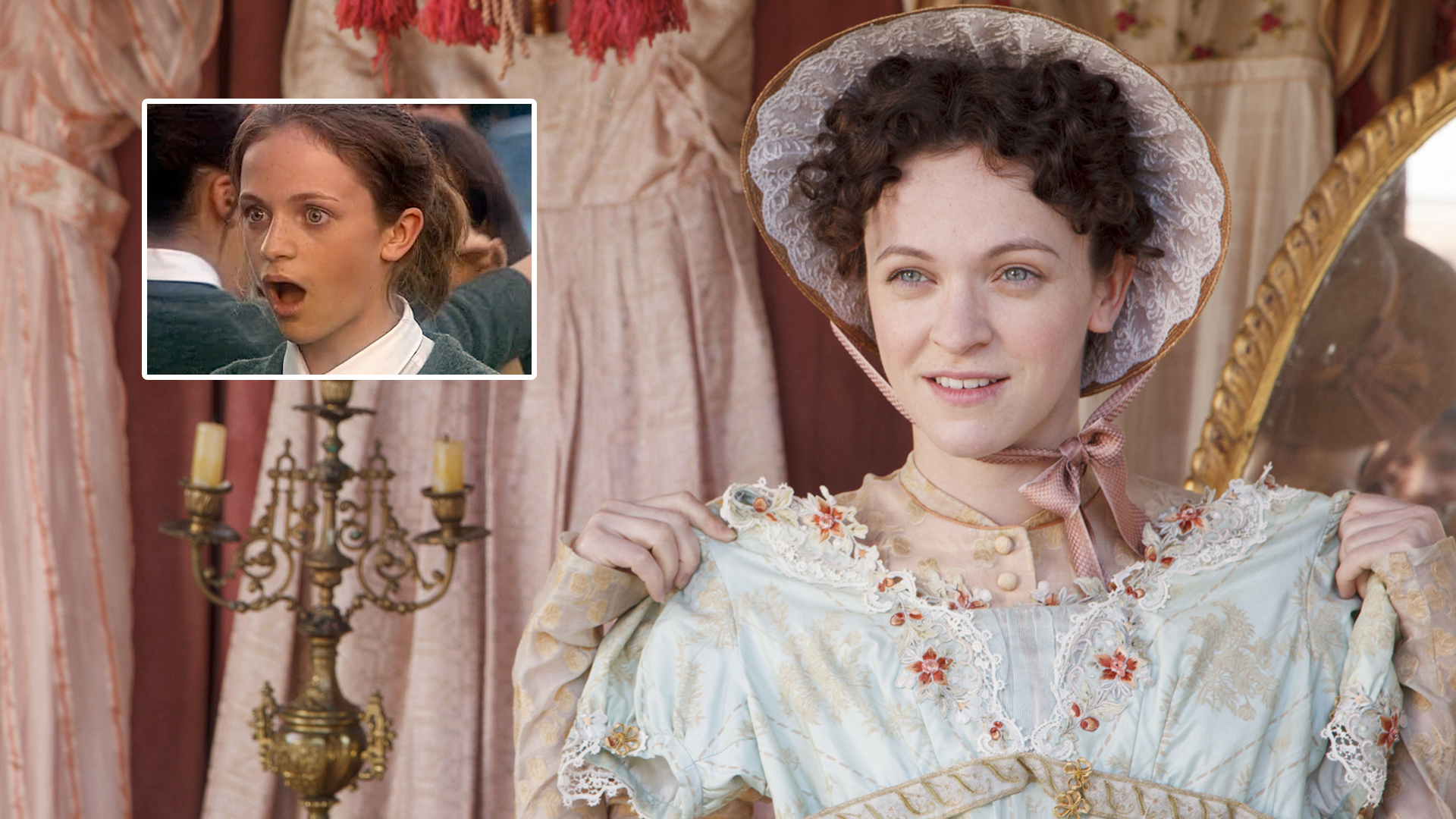 According to the DVD commentary for "School Reunion," the realistic way in which Rose and Sarah Jane fell about laughing at their comparable experiences traveling with the Doctor was achieved by secretly putting a fake moustache on David Tennant's face. As he was shot from behind, their reaction was entirely natural, and that was the sole take needed to get that shot.

And finally, although there's a point to be made in the story about the way the Doctor and his companions part company, Rose's fear that he would abandon her isn't borne out by his on-screen behavior. Of his 30-plus companions at that point, only four had had their TARDIS privileges revoked: Adam Mitchell for not being up to the job; Captain Jack Harkness for scaring the Doctor by being effectively immortal; the Doctor's granddaughter Susan, who he felt would have a better life without him, and Sarah Jane Smith. And as he says, that was because he'd been recalled to Gallifrey.

Everyone else left of their own accord, apart from Katarina, Sara Kingdom, Adric and the shape-changing robot Kamelion, who died, or were separated by circumstance.

NEXT: 10 Things You May Not Know About ‘The Girl in the Fireplace’