So, the Doctor has found Gallifrey, discovered a way to bring Clara back to life and met up with an old friend, in the shape of Ashildr/Lady Me.

Happy endings all round then? Hardly.

Here are 10 things from the grand finale of Season 9, the significance of which may have been unclear on the first watch:

There's a moment when the Doctor is mocking the idea of the hybrid , and describes a combination of Daleks and Time Lords as being "well hard." This is a colloquialism common to British youth, where hard is the adjective describing someone's toughness or ability to fight, as in "oh you think you're so hard, don't you?" while well is an intensifier. It means very.

The Doctor has a new guitar. It's based on a Gibson SG, the guitar that is most commonly associated with Angus Young, lead guitarist with AC/DC—although the Doctor's is a copy made by Epiphone, the kind of thing you could probably pick up in a Nevada thrift store. It's fitting that he would have such a guitar if he's been separated from his other instrument—the space-age Stratocaster in the TARDIS—but quite how he got it to Gallifrey (as in the photo above) remains unexplained. 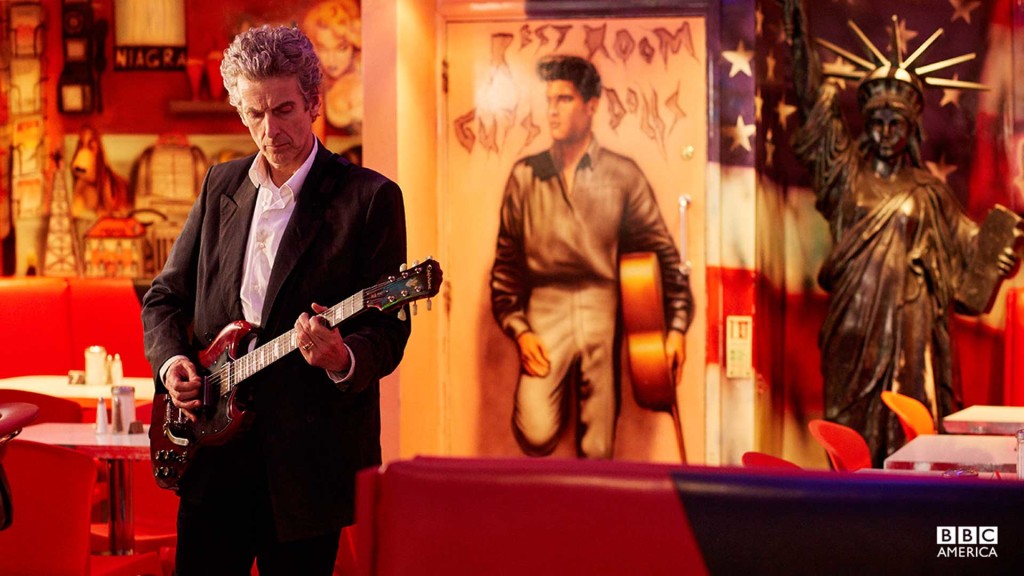 The Doctor is still no fan of pears, as he leaves advice for Clara to never eat them. There's a deleted scene from "Human Nature" in which the Tenth Doctor leaves instructions for Martha Jones to follow after he turns himself into a human. One of those is that she shouldn't let him eat pears, as he doesn't like the taste and doesn't want to wake up as the Doctor with that taste in his mouth. This comes from the Doctor Who book "Human Nature," in which the same conversation came from the Seventh Doctor, to his companion Bernice Summerfield. However, in "Human Nature," John Smith's fruit bowl does have pears in it, and during the section in which we get to see the pre-recorded speech from the Doctor that should contain the pear warning, John Smith is seen holding his pocketwatch thoughtfully, and eating... a pear.

There were several musical callbacks in this episode. As the Doctor walks into the diner, the music on the radio is the big band version of Queen's "Don't Stop Me Now," as performed by Foxes in "Mummy on the Orient Express." The Doctor then played a variation on Murray Gold's theme "Clara?" on the guitar:

And Murray's The Doctor’s Theme pops up during the sequence with the firing squad, for the first time in a while.

For only the second time in Doctor Who history, the TARDIS gives the Doctor a new sonic screwdriver (the first being "The Eleventh Hour," where the Eleventh Doctor takes his new sonic straight from the console). Before that, it was assumed he picked one up on his travels and then modified it to suit his own ends, although "The Day of the Doctor" confirms that all of the Doctor's various sonics have run on the same software, suggesting they all come from the same source. 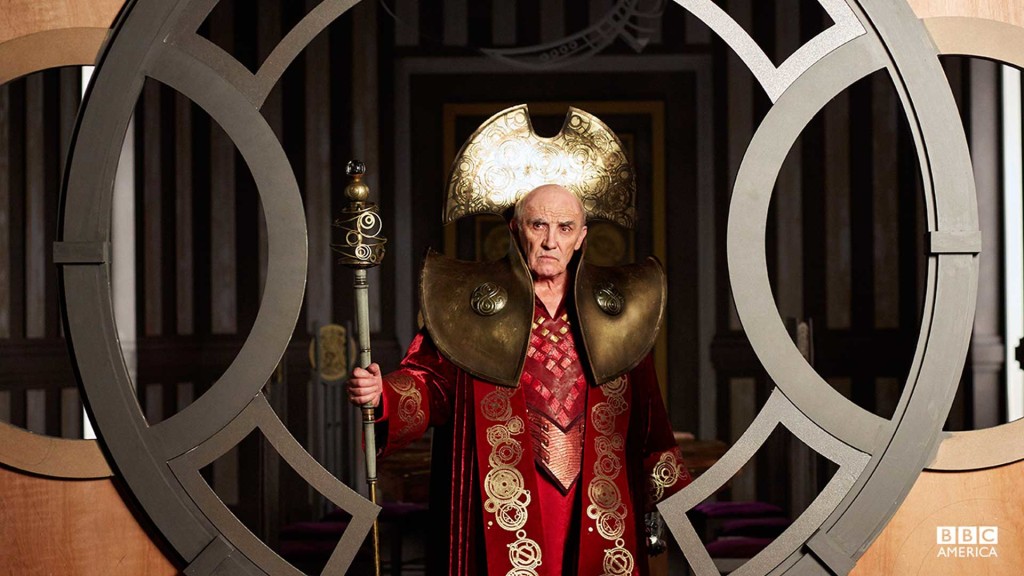 We last saw Rassilon with the face of Timothy Dalton, preparing to bring the Time Lords back from the last days of the Time War. He was prevented by the Tenth Doctor and the Master ("The End of Time").

The diner in which the Doctor finds Clara is, of course, the diner he summoned Amy and Rory and River to, when he realized he was about to be killed in "The Impossible Astronaut." However, that diner was in Utah, and Clara's TARDIS diner is in Nevada. That's what the Doctor's line "it used to be on the other side of the hill" is about.

The Doctor and Clara steal a new TARDIS, and their console room contains elements of the consoles used by the First, Second, third and Fourth Doctors in the Doctor's TARDIS. There are the round things in walls, the pre-cyberpunk knobs and dials, and the strange doors that are different on the inside and make a particular noise as they are opened. 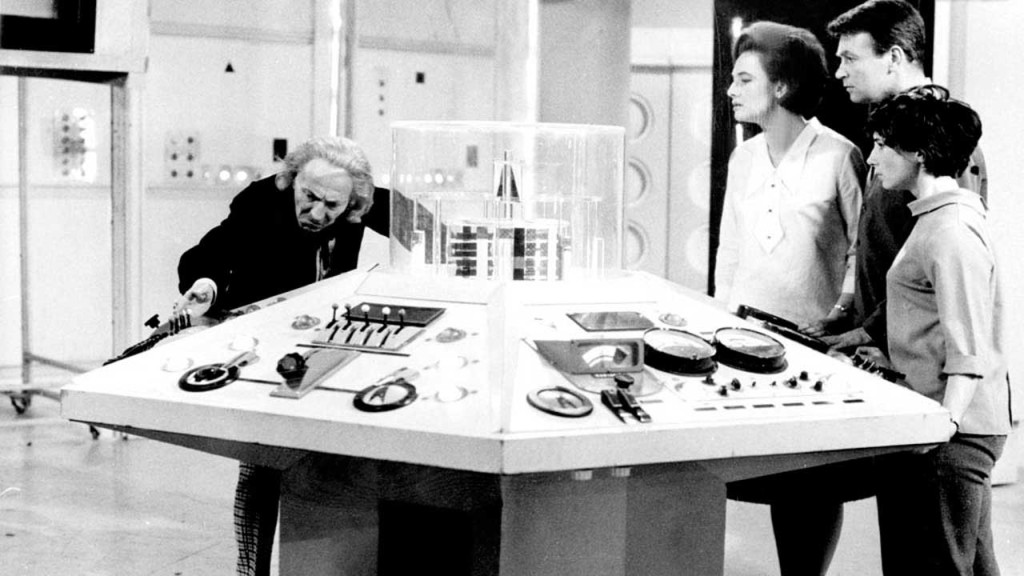 There's a nice parallel between the end of this story and a couple of key Doctor Who stories from the past. The Twelfth Doctor takes on the fury and haughty demeanor of the Time Lord Victorious (from "Waters of Mars") and once again he is brought back to reality when the person whose life he has broken rules to save rejects his efforts. Also, there are four knocks on the newly stolen TARDIS door—"it's always four knocks"—which was the signal the Tenth Doctor was given that his life would soon be coming to an end ("The End of Time"). And there's a sneaky reverse parallel between Donna Noble's departure from the TARDIS—her memory was wiped for her own safety after she became part Time Lord, part human... a hybrid—and Clara's, in which the Doctor's memory is wiped of their joint endeavors.

And of course, one sly moment of high comedy. The first Time Lord gunship arrives, looking down the barrel of an enormous gun at the Doctor as he eats his tomato soup and demanding that he "lay down any weapons on your person."

In response, the Doctor puts down his spoon:

NEXT: 10 Things You May Not Know About ‘The Husbands of River Song’