'Doctor Who': 10 Things You May Not Know About 'Gridlock'

"Gridlock" is a stark satire on mankind's faith in the benevolence of authority, with jabs in the eye for both drug culture (pharmaceutical and recreational) and the frustration of being stuck in traffic. It is also the third of the Doctor's visits to the future of planet Earth since his return from the Time War, following "The End of the World" and "New Earth" as a deliberate attempt to establish continuity from one season to the next.

It also manages to reintroduce a long lost Who villain to the modern era AND forces the Doctor to drop his guard and get to know his new companion a little better.

The feel of New New York's underbelly was inspired by the British science fiction comic 2000AD. In particular, the Judge Dredd stories, which depicted a dystopic urban hell called Mega City One. There's a specific hat tip in the form of the Businessman (played by Nicholas Boulton), the bowler-hatted British character the Doctor encounters in his last jump down towards the fast lane. Judge Dredd featured a character called Max Normal, who also wore a bowler hat and a suit.

In a further 2000AD hat tip, the character of Sally Calypso, the hologrammatic news announcer, came from the Alan Moore-scripted serial The Ballad of Halo Jones, which featured a similarly unreal current affairs anchor by the name of Swifty Frisko.

The inspiration for Brannigan's flying ace outfit, complete with goggles, scarf and sheepskin jacket, came from another source entirely. In the early 1990s, the children's department of the BBC had developed a virtual reality cat by the name of Ratz for continuity annoucements and to appear on the Saturday morning show Live & Kicking. He was simply a disembodied head, but wore flying goggles, just like Brannigan. 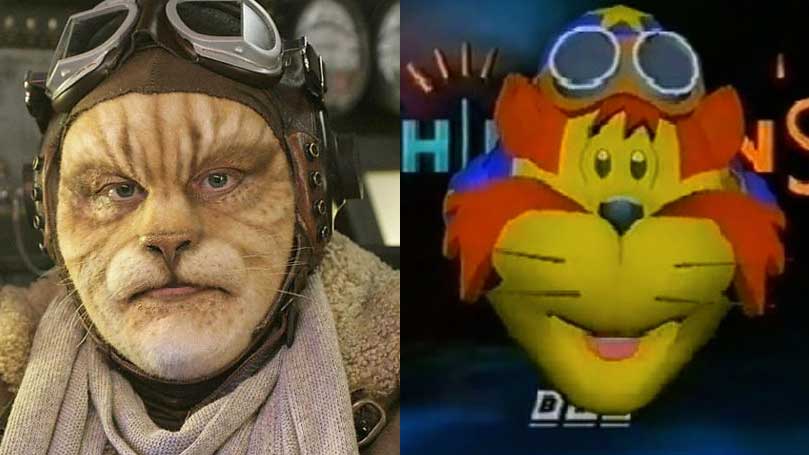 Other visual inspirations include Blade Runner (it's raining as the Doctor and Martha exit the TARDIS), The Fifth Element (jumping from hovercar to hovercar) and the cityscape from the planet of Coruscant in Star Wars: Episode VI – Return of the Jedi.

And if you think Ma and Pa, the first couple we see on screen, look familiar, they're modeled on the subjects of Grant Wood's painting American Gothic.

In choosing to place a devolved version of the Macra underneath the New New York motorway, Russell T Davies was trying to re-introduce one of the Doctor's old foes from a story for which there is no video archive. The Second Doctor first met them in "The Macra Terror," all four episodes of which are currently missing. Consequently these Macra are the only ones available to Doctor Who fans. 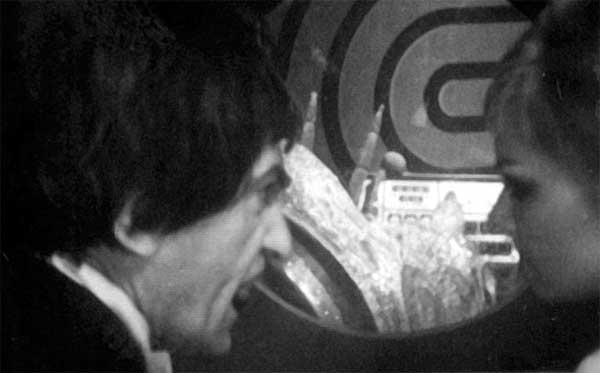 There's a tangential connection between Alice—one of the couple of elder ladies in a neighboring car to Brannigan's—and the first season of Doctor Who. Bridget Turner, who played Alice, was married to Frank Cox, who had directed episodes of the First Doctor adventures "Edge of Destruction" and "The Sensorites" in 1964.

As the Doctor descends into the car of two Japanese travelers and borrows a handkerchief, we can see a poster on the wall, upon which is written the Japanese kanji for "Bad" and "Wolf": 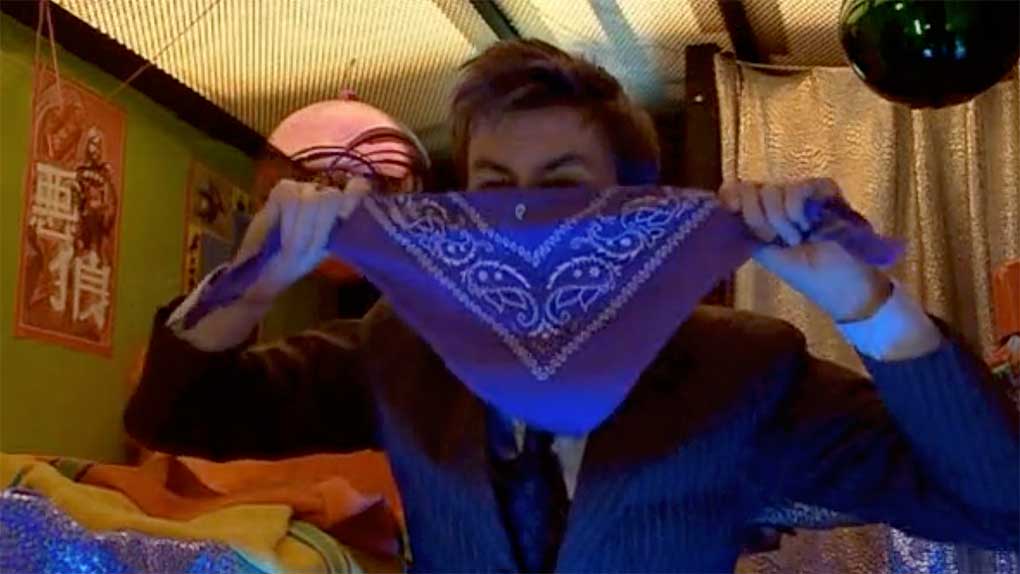 The idea of the mood patches came from a Gareth Roberts Doctor Who novel "Only Human," in which the Ninth Doctor and Rose encounter a Neanderthal Man on modern-day Earth. Russell T Davies had already drawn inspiration from various Doctor Who novels for the rebooted series, but this must be the first reference to a new-Who novel that made it into the TV show.

In the audio commentary for this episode, Russell T Davies said that Murray Gold had written and arranged an original hymn to be sung at the finale as the Doctor tells Martha about his home planet. But it sounded too much like it was part of the soundtrack, rather than music that the Doctor and Martha could actually hear, so the team settled on the hymn "Abide with Me."

NEXT: 10 Things You May Not Know About ‘Daleks in Manhattan’