“Can You Hear Me?” plays out like a high-tech fairy tale. Nightmares are induced and collected, for the sport of immortals. It’s like someone took up the creepiest elements of The BFG, added some ear-fingers and really went to town with it.

It is also a story about mental health and the silos in which we can find ourselves, trapped with our worst fears.

1. Given that the title of the episode is also a question, we'll note that Doctor Who has always been a little wary of using question marks in story titles. In fact, this is the very first of its TV stories to ever use one.

2. Yaz’s parents are absent from their home because they have gone to Whitby for the night. A popular seaside resort on the North East coast of England, Whitby was also an inspirational place for Bram Stoker when he was planning and researching Dracula. He found lots of key details to the story in Whitby library, including the name of his eponymous lead character. It’s probably no coincidence that that is where Yaz’s parents went went, given this story’s nightmarish, vampiric elements.

3. Zellin mentions other immortal races that the Doctor has come across in their travels. “The Toymaker” is a reference to the Celestial Toymaker, from the First Doctor adventure of the same name. He would trap travelers into playing games with him, offering them their freedom as the reward for winning, despite rigging the games so that he would always win.

The Eternals were beings that fed on the thoughts of mortal beings as their minds were worn thin by the passage of time. The Fifth Doctor met them in “Enlightenment”, originally. The Guardians he refers to are a more elevated race of immortals, closer in spirit to the early Greek gods, each with their own responsibilities. The Fourth Doctor encountered the White Guardian of Light and Order/Structure and the Black Guardian of Darkness and Chaos/Entropy while searching for the Key to Time, starting in “The Ribos Operation."

4. Ian Gelder – who plays Zellin – has been blessed with a career that crosses over between Torchwood (he was Mr. Dekker in “Children of Earth” in 2009), Game of Thrones (Kevan Lannister, starting in 2011) and the world of His Dark Materials. Gelder starred as Librarian Scholar Charles in the BBC adaptation of the celebrated Philip Pullman books in 2019. Gelder had already appeared in Doctor Who before this episode, but we didn’t get to see his face. He was the voice of the Remnants from “The Ghost Monument,” and when accepting that role, he was keen to ensure that it would not preclude him from appearing in future Doctor Who stories in person.

5. If you’re wondering how they did the creepy special effect of Zellin’s fingers flying off, it’s partly computer trickery, but also a special prosthetic that Gelder wore over his clenched fist – a literal fingerless glove – which allowed the crew to get as many real-life shots as possible before bringing in the digital magic.

RedGirlFX shared a few work-in-progress shots in an Instagram post, including this one, that proves just how lifelike that glove actually is. 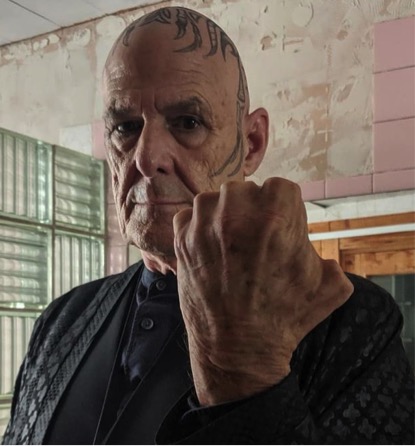 6. They also shared pics of the fingers, which had to be sculpted too. 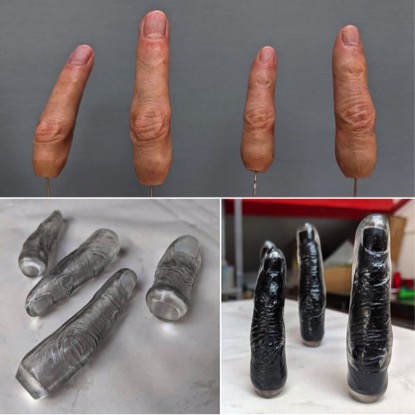 Apparently the toughest nut to crack was getting epoxy casts of human fingers without bubbles. The best ones were scanned to be digitally animated, and they had to make hollow fingers, clear fingers and then filled fingers with nightmares in.

7. This week’s moment of British slang comes courtesy of police officer Anita Patel, who responds to Yaz’s suggestion that she wouldn’t remember her with “I flipping do remember you.” It’s a way of avoiding saying the much stronger F-word – like freaking or fracking – that is especially common in Northern England. It’s not related to the American slang terms flip your wig or flipping the bird, and was first recorded as a slang term in 1911 by D. H. Lawrence.

8. As well as putting on the fingerless glove, poor Gelder had to submit to having his head shaved and a whole series of tattoo transfers applied. These were specially commissioned and included a dreamcatcher, and the missing fingers too, as revealed by make-up artist Claire Pritchard-Jones. 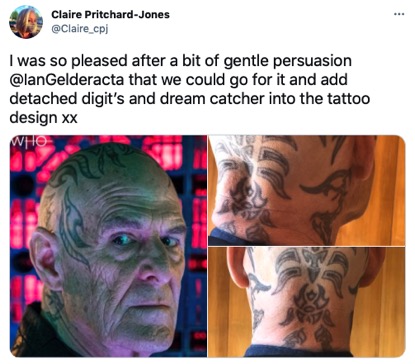 9. We wouldn’t normally include a note of criticism for the episode here, as everyone is entitled to their opinions, after all. But one of the interesting points that fans did pick up on is that the Doctor’s response to Graham’s fears about the potential return of his cancer was odd.

In a way, it’s a hallmark of how invested we are in the relationship between Graham and the Doctor, which is a fresh look at the traditional companion relationship. Graham feels older than the Doctor at times, and of course he is way older than the usual inhabitants of the TARDIS. For the Doctor to drop the ball at such a significant moment feels out-of-character, even if Thirteen is channelling the social awkwardness of her predecessors, such as the First, Fifth, Eleventh and Twelfth Doctors.

10. As well as the punctuation innovation, this is the first Doctor Who story to feature a specially commissioned animation as part of the storytelling. Nina Chakrabarti, who provided the beautiful story of the lovestruck immortals, shared some of her original drawings in an Instagram post, and they are well worth a look. 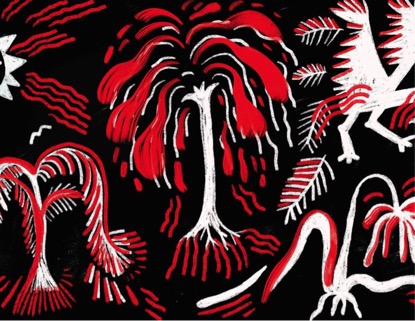 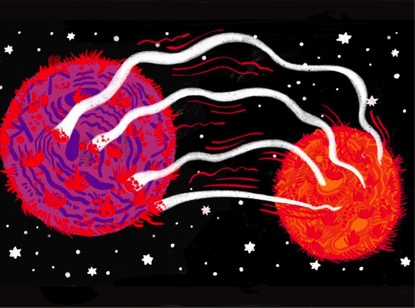 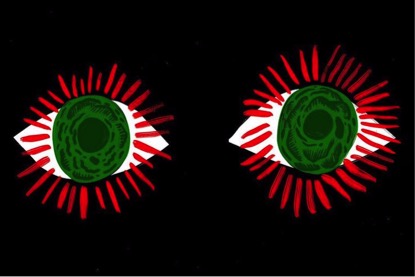 Do you have a favorite detail or moment from the "Can You Hear Me?" episode?