Christopher Eccleston Then and Now: What's 'Doctor Who's Ninth Doctor Been Up To?

Christopher Eccleston helped bring Doctor Who back to TV viewers in 2005 as the Ninth Doctor. After a fifteen-year hiatus, he and the show regenerated into New Who. His run was short, just the one season, but he made quite the impact. And, apparently, he wasn't quite done...

As you probably know by now, since word spreads fast in the Whoniverse, Eccleston is returning to reprise his role as the beloved Time Lord for an upcoming audiobook series.

In the meantime, let's do a bit of time-traveling ourselves and see what he's been up to since DW: 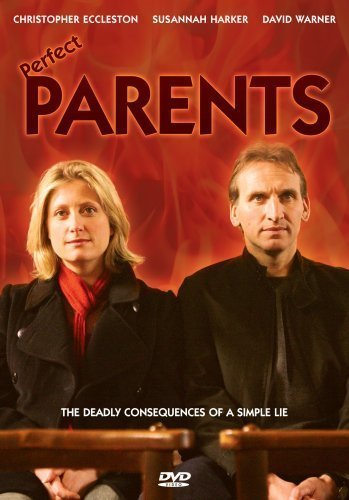 There's no one way to parent, and definitely no perfect way, but in 2006 Eccleston and Susannah Harker took on the title roles in this TV movie. Following a violent incident at their daughter's school, they pull her out and enroll her at a Catholic private school. But since the parents are atheist, they pose as Catholics to ensure her acceptance. Let's backtrack, there's no right way to parent, but there is a wrong way, like lying and being deceitful.

It wasn't long before Eccleston returned to the sci-fi genre, signing up for 2007's Heroes. The series rolls out with regular people all of a sudden discovering they have superhuman abilities. The individuals slowly but surely come together to put off a potentially disastrous event. Eccleston starred in five episodes as Claude Rains, who has the power of invisibility.

In 2009, Eccleston hopped onto the big screen, starring in the biopic Amelia. As you might guess from the title, the movie documents the story of American pilot Amelia Earhart (Hilary Swank), who attempted to fly around the world by plane. Sadly, she didn't make it. Eccleston stars as Fred Noonan, her colleague and navigator, who also went missing in-flight.

Eccleston teamed up with another Anglo favorite, Chiwetel Ejiofor, for the detective mini-series The Shadow Line in 2011. Ejiofor takes on the role of DI Jonah Gabriel, who is investigating the death of a big time drug runner Harvey Wratten. Eccleston portrays Joseph Bede, who is also investigating Wratten's demise, but he's on the other side of the law, having worked for the organized crimester.

In the 2012 miniseries Blackout we see Eccleston in the lead as a politician named Daniel Demoys. At the start, he's a disillusioned council man, but after he performs a heroic act, he is then embraced by the public. Demoys then becomes a frontrunner for the mayor of Manchester. The only problem is, he has some secrets he really doesn't want people to find out about.

The Thor franchise is a go-to for Anglophenia, with it being sci-fi and topped-up with favorites like Tom Hiddleston, Idris Elba, Anthony Hopkins and Chris Hemsworth in the title role. We first saw Thor and the gang on the big screen in 2011. Eccleston signed on for the 2013 sequel, Thor: The Dark World, as Malekith, the ruler of the Dark Elves. Let's just say... he's not in Thor's inner circle of friends.

Eccleston and Marsha Thomason portray a married couple in 2015's crime series Safe House. Eccleston takes on the role of a former police officer, with Thomason playing a teacher. While enjoying the peaceful environment of Wales' Lake District, the two are asked to turn their picturesque guest house into a safe house. They reluctantly oblige when learning a family has been forced on the run.

And, here we are again, looping back to sci-fi. Eccleston starred in the series The Leftovers from 2014-2017. When two thirds of the world's population mysteriously disappears, those left behind grapple with the loss of their loved ones and how to keep moving forward. Eccleston takes on the role of a priest who claims he knows what happened to cause the disappearance.

In 2016, Eccleston signed on to star in the family drama The A Word. He plays Maurice, a granddad to a little boy named Joe (Max Vento), who is diagnosed with autism. Maurice is abrasive and brutally honest, but at the same time he's very caring. He helps his daughter and son-in-law keep their family together.

And, finally, let's end on a completely different note with some Shakespeare. In 2018, Eccleston starred in the made-for-TV movie King Lear. This version is a modern retelling of the family drama, with Anthony Hopkins in the title role. Set in the 21st century, but extremely militarized, Lear decides to give up his thrown and divide his kingdom between his three daughters (Emma Thompson, Emily Watson and Florence Pugh). His eldest daughter, Goneril (Thompson), has a steward named Oswald. Eccleston takes on the role of Oswald, who does her bidding.

Now that we've looked back, let's take a peek at what the future holds:

That's a lot of Christopher Eccleston in one place! Do you have any additions?