On Thanksgiving Day, Thursday, November 22, BBC America will give viewers a full day of chimp-focused programming including the premiere of Chimp Sanctuary at 9pm ET/PT, followed by Chimps of the Lost Gorge at 10pm ET/PT. Throughout the Thanksgiving weekend, BBC America is celebrating planet earth and the remarkable creatures we share it with by airing an Earth Marathon, featuring episodes from the network’s biggest landmark natural history series, including Emmy-winning Planet Earth II, Blue Planet II and Life.

Presented by writer and comedian Sue Perkins (The Great British Bake Off), Chimp Sanctuary follows Perkins’ journey to Chimp Haven, the US national chimpanzee sanctuary in Louisiana, to meet six female ex-laboratory chimpanzees starting their retirement and meeting a group of male chimps for the first time. 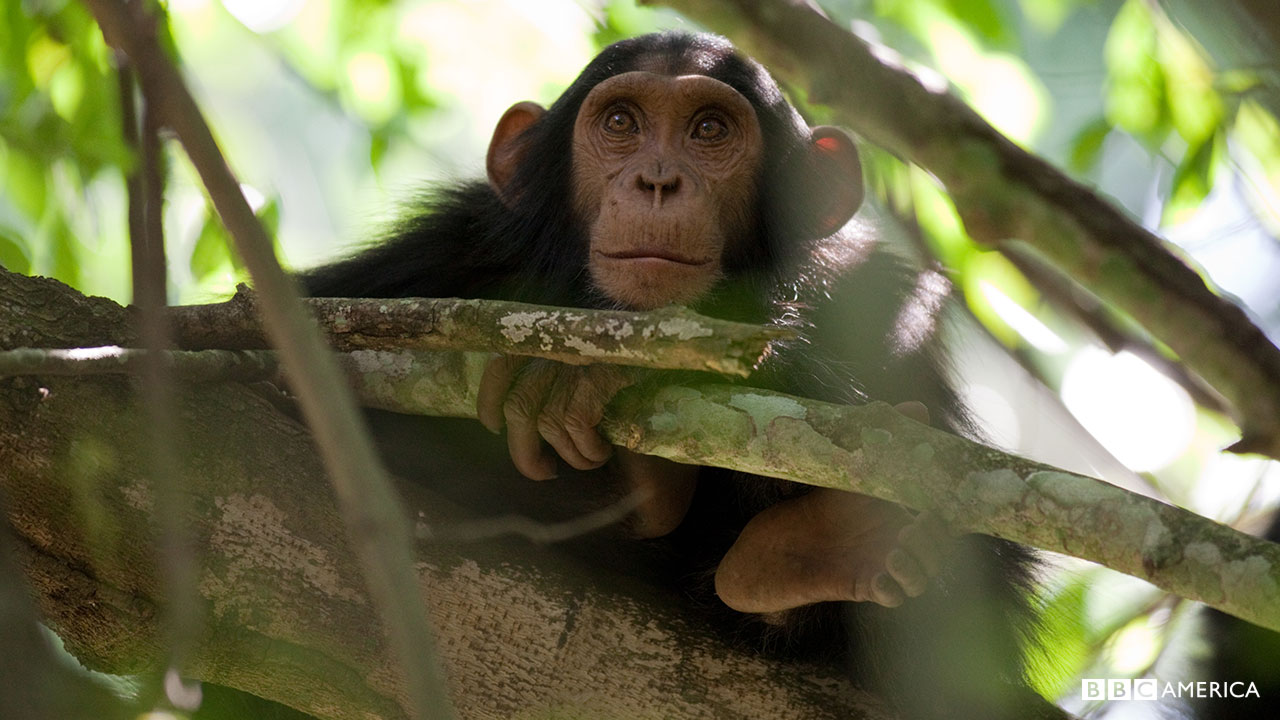 After a recent change in U.S. law, decades of medical testing on chimpanzees has been brought to an end. At Chimp Haven, Perkins meets chimpanzee Jill, 24 years old, who has been used in hepatitis research all her life. In total, Chimp Haven houses over 200 medical research chimps who have been retired from laboratories to live out their days in beautiful forested surroundings. In the wild, chimps live in mixed-sex troops, but these six females have never lived with a group of males before. The introductions are tense for both the sanctuary staff and the chimps. By using fixed rig cameras inside the enclosures, Chimp Sanctuary captures the moment the two groups come together to form their new chimp family. Will it all run smoothly? And, how will Jill get on when she starts her new life with the males for the first time?

Chimps of the Lost Gorge is a real-life drama about a family of chimps trapped in a lost world. They live in a deep and ancient forested gorge in Uganda that runs through the African savannah, and for fifteen years it has been cut off from the rest of the jungle, leaving the chimps imprisoned.

Here, they face a daily life-or-death dilemma: whether to leave the safety of the gorge and venture into the predator-ridden savannah to find food, or face hunger. There's now only twenty of them left, and as Brutus, the alpha male, loses his grip, can the family hold it together or is time running out for the Kyambura chimps?