Good news! Martin Clunes, a veritable British national treasure, is reprising his role as London Metropolitan Police detective Colin Sutton in the second season of gripping true-crime series Manhunt. Ahead of its U.S. premiere Monday (October 18) on Acorn TV, here are some things we admire about this subtle and accomplished actor.
1. He stars in Doc Martin, one of the U.K.'s most popular drama series.
Clunes plays Dr. Martin Ellingham, a doctor whose lack of a cozy "bedside manner" leads to some entertaining clashes with the eccentric residents of his small Cornish fishing village. The show's ninth and most recent season is available to watch on Acorn TV.
2. Doc Martin is a family affair.
The show is produced by Philippa Braithwaite, to whom Clunes has been married since 1997. She is also the producer of Manhunt and the 1998 Gwyneth Paltrow romcom Sliding Doors. Asked what it’s like working with his spouse, Clunes told Saga magazine: "Absolutely fine. It’s how we met and it’s sort of how we roll. I’m just really lucky to be working with such a talented producer."
3. He's friends with Sigourney Weaver.
The Alien actress is such a big fan of Doc Martin that she asked Clunes for a cameo role when she met him on a British chat show. She duly ended up making not one but two appearances on the show as Beth Trawick, an American visitor with Cornish ancestry.
4. He was awarded an OBE by Queen Elizabeth II for services to drama, charity, and the Dorset community.
Clunes and his family have lived on a working farm in the English county of Dorset for more than two decades. According to the Dorset Echo, they recently planted six acres of sunflower seeds on their land so they can be grown and sold to benefit a local children’s charity.
5. He's also a Deputy Lieutenant of Dorset.
This ceremonial role reflects Clunes' contribution to the local community. His duties might include opening official events and inducting Church of England vicars.
6. For a decade, he and wife Philippa hosted an annual vintage fair on their farm land.
Sadly, Buckham Fair has now been "postponed indefinitely," but the Instagram account lives on! 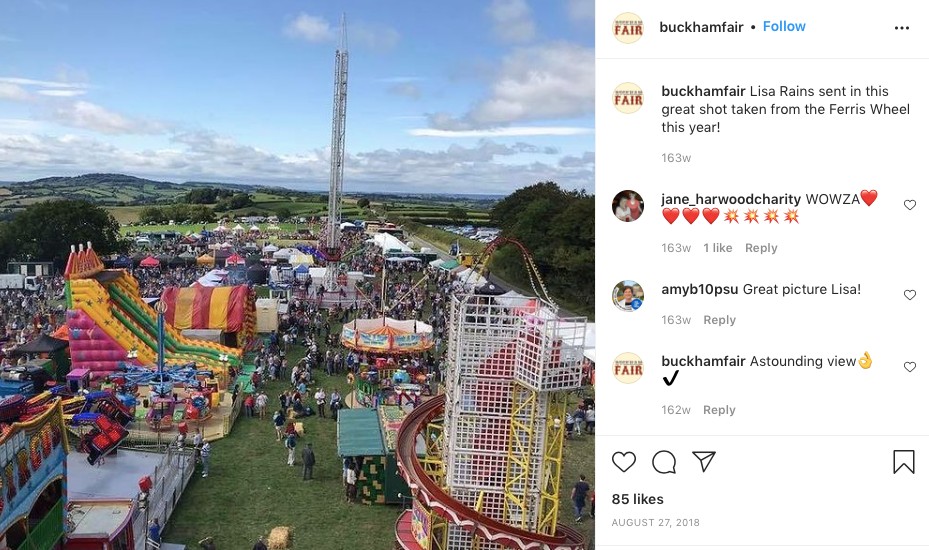 (Photo: Instagram)
7. He is a lover of animals, especially horses.
In 2011, Clunes was appointed president of the British Horse Society. He has also presented an equine-themed documentary series, Martin Clunes: Horsepower, that is available on Acorn TV.
8. He is the voice of Kipper the dog in the cute animated kids’ series Kipper.
Aww!

9. He starred in one of the U.K.'s most popular 1990s sitcoms: Men Behaving Badly.
This loud, laddish, and somewhat lewd comedy ran for six seasons – first on ITV, then on BBC1. As its title suggests, Clunes' character Gary and his roommate Tony (Neil Morrissey) aren't exactly saints, and their boozy antics sometimes rival Absolutely Fabulous duo Edi and Patsy for sheer naughtiness.
10. And finally, one of his first TV appearances came in.... Doctor Who.
Yes, really! He appeared opposite Peter Davison's Doctor in the 1983 serial Snakedance.
Are you a fan of Martin Clunes?

'Doctor Who': Eve of the Daleks Premieres New Year's Day

Next on 'Top Gear': Ultimate Off-Roading in Iceland

His festive flow can’t be denied. An all-new ‘The Graham Norton Show’ premieres Friday at 11PM on BBC America.

Will Smith on the Incredible Prophecy Behind ‘King Richard’

His character, Richard Williams, predicted his daughters’ Venus and Serena's tennis success years before they were even born. An all-new ‘The Graham Norton Show’ premieres Friday at 11PM on BBC America.

The actor does his best Arnold Schwarzenegger impression from when he met him at Planet Hollywood, Australia. An all-new ‘The Graham Norton Show’ premieres Friday at 11PM on BBC America.

New Trailer: Gugu Mbatha-Raw Stars in ‘The Girl Before’ Miniseries

‘Only Murders in the Building’ Season 2 Is Getting Some Movement