(Photo Getty Images)
Ricky Gervais is a master of his craft, creating and writing TV series that cover a range of topics, ranging from workplace sitcoms to dark comedies.
In his latest project, After Life, he portrays a widower who is struggling to make sense of life after his wife’s passing. The third season premieres on January 14.
While Gervais can be polarizing to some, we think he makes up for it with his talent and kind words.
Which, we’ve done a roundup of below:
1. He really nailed it with The Office.

Gervais’ The Office premiered in 2001 and ran through 2003. The series revolves around a sales team, where we see the antics of the staffers and their ridiculously ill-equipped boss (Gervais). Sure, The Office is a comedy, but it really hit home with viewers, like, “Okay, it’s not just me. Work can get weird.”
It could be considered comforting and transformative, helping people cope with their own affairs.
2. He puts his own stories into his work.

We also saw Gervais in the series Extras (2005-2007), opposite Ashley Jensen. The two portray extras, who fill in for actors during filming. During the series, we see their struggle to get from background actor to more fulfilling work. And, when Gervais’ character does make it, he loses the support of friends.
We give him credit for putting himself out there, using his life own life experiences to entertain.
3. He likes working.

In an interview with The Guardian, Gervais was asked how After Life came about. He found himself living a pampered life and craved purpose, saying, “I thought, I’m staying in castles and being chauffeur-driven, and I feel guilty about only working an hour a day. So, I thought I should write something new.”

Gervais could easily sit back and lazily enjoy his success, but once a worker bee, always a worker bee.
4. And his work paid off.

After Life premiered in 2019, reaching a record 85 million viewers. The series wasn’t just watched, it was embraced, with fans quickly turning to social media to share their adoration. It’s clear that Gervais is able to connect with his audience and they send it right back to him.

He wrote a story of loss, giving up and then deciding not to give up, i.e. “keep fighting the good fight.”
5. It’s not just about TV.

Gervais started out in TV, but we’ve also seen him up on the big screen. His feature debut was in 2009, starring in The Invention of Lying, which he also wrote. He portrays a writer, living in a world where people only tell the truth. Except, for… him. He discovers lying and uses it to his advantage.
We will say, it is inventive. Who comes up with this sort of thing? Oh, Ricky Gervais, that’s who.
6. He understands being misunderstood.

There are times his material doesn’t resonate. Gervais talked to The New York Times about this, saying, “I think that’s the mistake people make: They think that every joke is a window to the comedian’s soul, because I wrote it and performed it under my own name, that that’s really me. And that’s just not true.”
People have been offended by his humor, feeling distressed, which he has apologized for.
7. He’s learning. 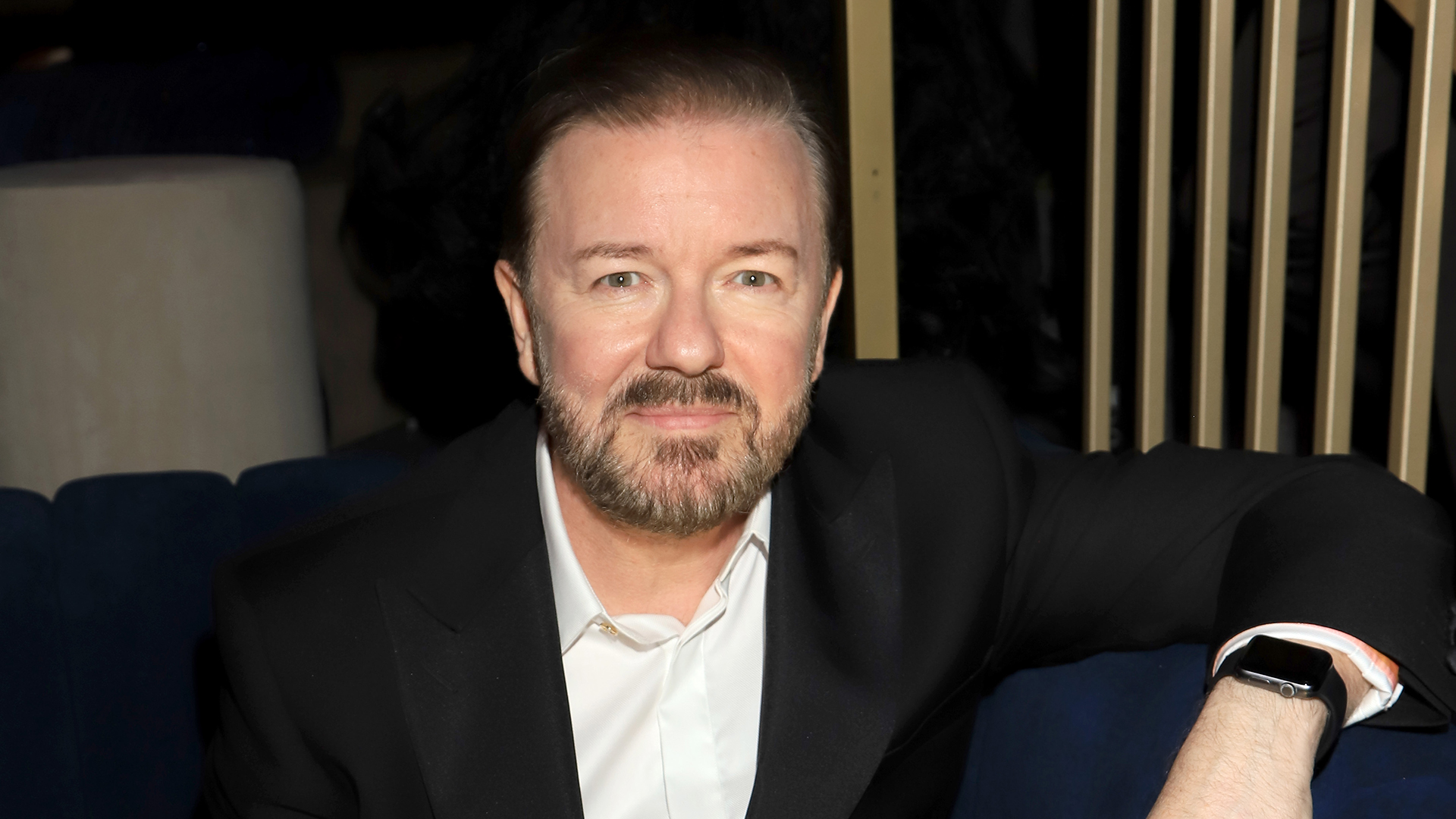 Gervais is active on social media and sometimes the things he writes may not be well-received. And, he gets it. In an interview with USA Today, he explained his intent, saying, “You can say, 'Listen, I was joking. It's a joke.' But that's not always enough for people. They go, 'Well, why were you joking?'”
It’s like it’s an inside joke, but he’s the only one in on it. He points out the lack of context.
8. He’s loyal. 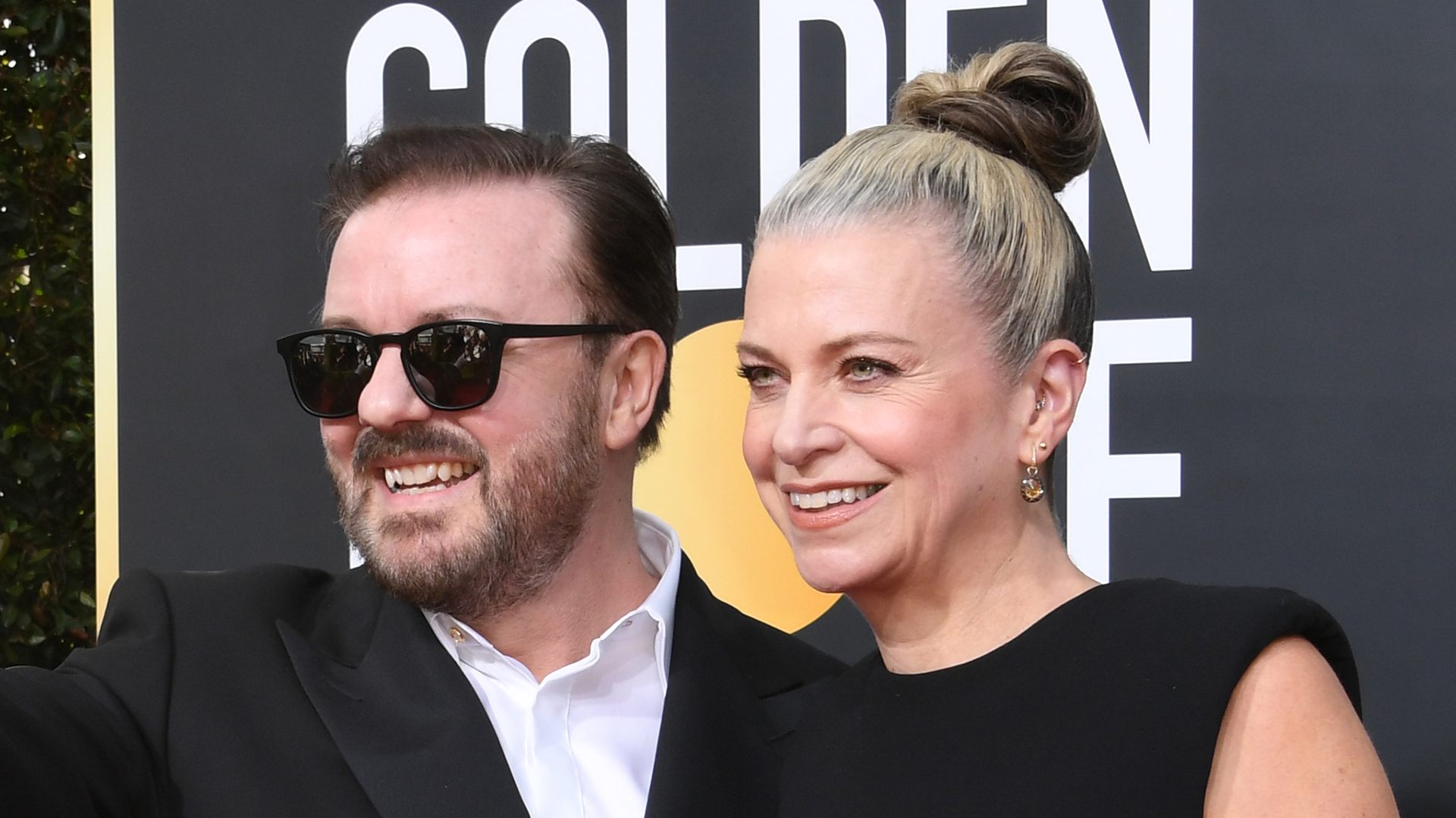 Gervais has been in a long-standing, committed relationship with his girlfriend of 40 years, who he met in college. He talked to People magazine about what it was like when they first got together, saying, “Our first flat was a one room in a place called Kings Cross. I could open the fridge from the bed.”
It’s not just him — she’s stood by him as he pursued a career that has no promises.
9. He has a good handle on success.

When The Office premiered, Gervais was 40. When asked by The Guardian about the impact, he said, “People normally think wealth and fame change you, but I don’t think they have, because by the time you’re 40 you already know who you are. I don’t think they’d change a 40-year-old like a 20-year-old.”
He had been a working actor for a while, prior to The Office. We can imagine it was… relief.
10. He faces aging head on.

Now 60, Gervais does feel his age, but he tackles it with humor. When chatting with talk show host Jimmy Fallon, he said, "I wake up in the morning now and go, 'Oh God I didn't die.' I just ache. I look forward to having a drink. At 6 o'clock I have a drink and it's all OK and I fall into bed.”
That is one way to conquer the day, with gratitude, a reward and hope.
Ricky Gervais is quite the thinker. Are you looking forward to more of his After Life?

Her reaction to this Zoom mishap during a movie premiere is priceless. New episodes of ‘The Graham Norton Show’ premiere Fridays at 11PM on BBC America.

The ‘After Life’ creator describes the bizarre animals he made up for ‘Flanimals’. New episodes of ‘The Graham Norton Show’ premiere Fridays at 11PM on BBC America.

The veteran host and Cate Blanchett discuss his iconic speeches over the years. New episodes of ‘The Graham Norton Show’ premiere Fridays at 11PM on BBC America.

The actor looks back at his Oscar-winning turn in ‘Training Day’ — and even offers to reenact part of it for Josh Widdicombe! New episodes of ‘The Graham Norton Show’ premiere Fridays at 11PM on BBC America.

The ‘Love Actually’ star was asked by American fans if he’d ever done any other acting! New episodes of ‘The Graham Norton Show’ premiere Fridays at 11PM on BBC America.

‘The Last Leg’ actor and his costar Alex Brooker blurted out the “L” word during a night ride on the Oblivion. New episodes of ‘The Graham Norton Show’ premiere Fridays at 11PM on BBC America.

The ‘Screw’ star landed a part in her earlier acting days despite a slight wardrobe snafu. New episodes of ‘The Graham Norton Show’ premiere Fridays at 11PM on BBC America.

‘The 355’ star demonstrates how if you don’t nail this Italian pronunciation, “good year” can become “good anus”. All-new episodes of ‘The Graham Norton Show’ premiere Friday at 11PM on BBC America.

Wallace and Gromit are Getting a New Film

British Icon of the Week: Tom Baker, the 'Doctor Who' Favorite with the Instantly Recognizable Voice

'Doctor Who': Every Eleventh Doctor Story Ranked in Order of Greatness