(Photo: Getty Images)
Benedict Cumberbatch has been working on a new project, new character and new genre, with the romantic Western drama Power of the Dog, releasing in theaters this week (November 17) and via Netflix on December 1. While we’ve seen him play some baddies in the past, this role seems like one he’s never tackled before.
His character, rancher Phil Burbank, is very gruff, but we sense there is a softer side to him… just buried very deep:

It’s not all that surprising to us that Cumberbatch is taking on new, new and new, as he’s always on the move, keeping busy, aka why we affectionately refer to him as #BusyBenedict.
Here are 10 times Cumberbatch was one to impress, grabbing our attention:
1. He reinvented a classic.

Shall we start off with the tried and true Sherlock? Sir Arthur Conan Doyle's The Adventures of Sherlock Holmes was first published in 1892. Cumberbatch brought the character to life in 2010, starring in the title role, set in modern day London. While we've seen this character on-screen before, Cumberbatch really made it his own.
2. He makes his presence known.

In 2013, Cumberbatch joined The Lord of the Rings franchise, lending his voice to The Hobbit: The Desolation of Smaug. We don't actually see him, but we'd know that voice anywhere, which he provides for the villainous dragon Smaug. It's not just that, Cumberbatch took part in character capture, so we do see his facial expressions in the CGId dragon.

3. He can take the lead and share the spotlight.

He teamed up with Keira Knightley for 2014's The Imitation Game. While the story revolves around his character, Alan Turing, and his figuring out the Enigma Code during WWII, Turing didn't do it alone. Turing worked with fellow cryptanalyst Joan Clarke (Knightley). And Cumberbatch didn't do it alone, with both actors sharing screen time and helping to tell the story.
4. He can read a letter like no other.

In 2013, the Letters Live event kicked off, with celebrities reading letters written by historical figures. He doesn't just read the letter, he acts it out, providing a highly entertaining depiction of what just might have been going on with the actual writer when sitting down, putting pen to paper. In the above, he puts on a New York twang, representing screenwriter Robert Pirosh.
5. He gave life to the word penguin.

In 2009, Cumberbatch narrated the six-part BBC nature series South Pacific. While he did a fine job of it, he struggled with the word "penguin," which resulted in memes and chatter, including a catch-up with Graham Norton. Maybe this can fall under a bit of a learning curve — people do and say things differently and that's... A-okay.
6. He can play with puppies AND answer questions.

We give Cumberbatch a lot of credit for this one, as he was lovingly smothered by a bunch of puppies and still able to answer fan questions. In the above BuzzFeed clip, you can see Cumberbatch cooing with the puppies, giving them doggie toys and staying focused enough to answer questions like, "What's the best and worst thing about playing Doctor Strange?"
7. He instated a "no cell phone" rule.

In addition to TV and film, Cumberbatch has taken to the stage. In 2015, he starred in a production of Hamlet in London. Following the performance, he pleaded with fans gathered outside to refrain from using cell phones during the performance, as the red light was very distracting. That little check-in made it into headlines and it seems his message was heard.
8. He's not above taking a plunge in freezing cold water. 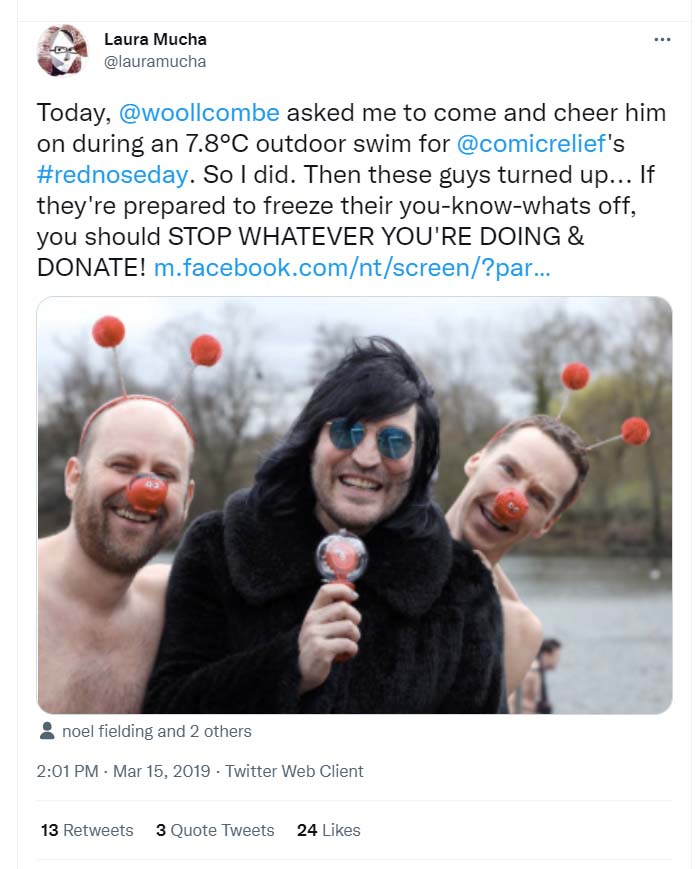 He's not just a good actor, but he's a good guy, contributing to the charitable event Red Nose Day. In 2019, he showed his support by stripping down to his swim shorts and taking a dip in London's Hampstead Ponds during March. He also donned a red nose and bobble headband to make the event even more monumental.
9. He has an affinity for otters.

When Cumberbatch first hit the scene, fans saw a likeness between him and otters. Graham Norton picked up on the fan phenomenon, showing Cumberbatch three composite photos of the animal and himself. But, Norton felt like there should be more material, asking Cumberbatch to act out the photos of the otters provided. Which he did, being such a good sport.
10. He pushes past personal boundaries. 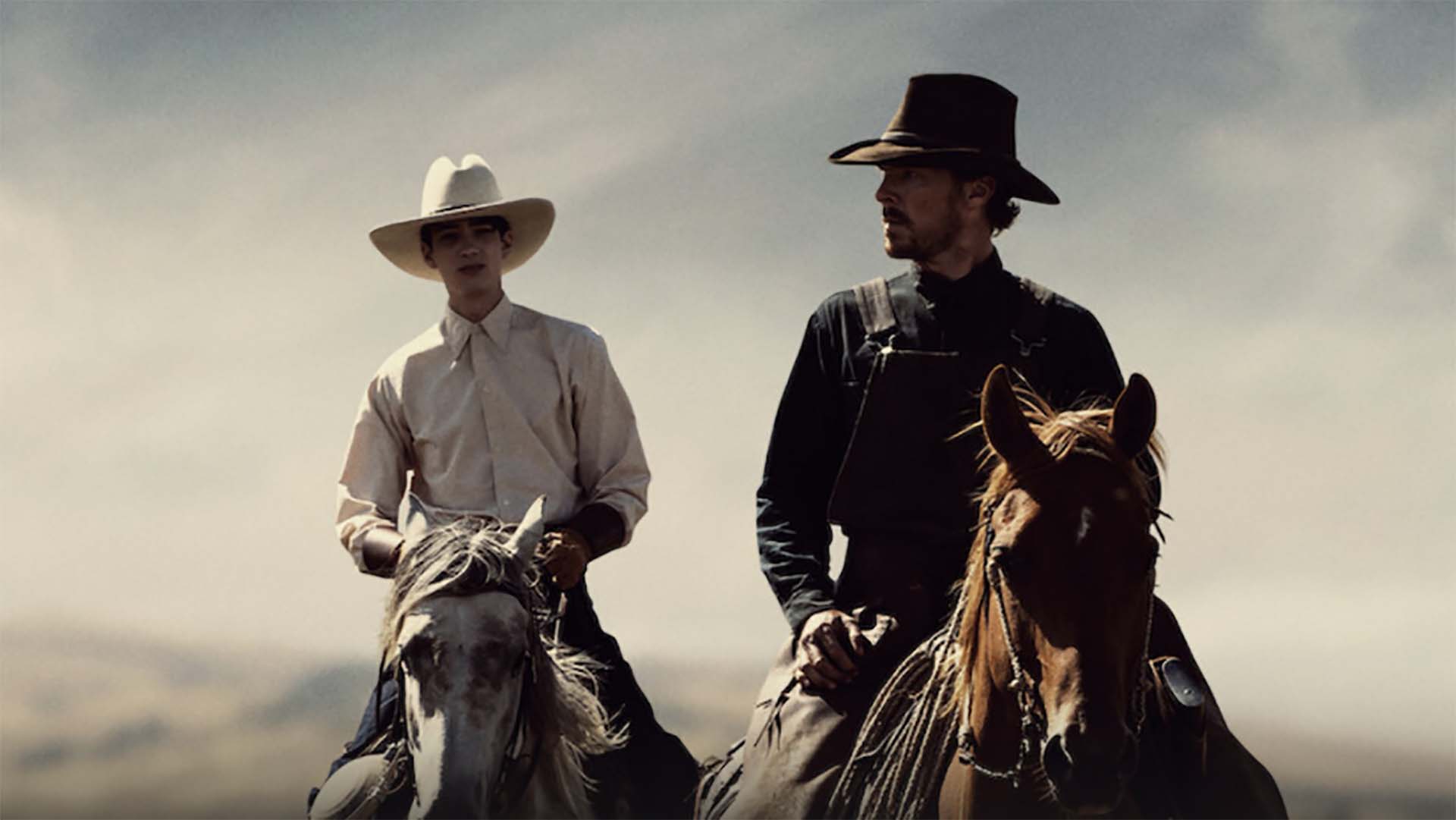 You can look for Cumberbatch in his latest film, Power of the Dog. And, you may be seeing a lot of him, with Cumberbatch talking to The Hollywood Reporter about doing a nude scene, as part of a bigger conversation regarding the rawness of acting. He keeps it brief, saying, "I’m literally exposing myself in this film, and that’s interesting."
That is interesting, and as always, he's keeping us all on our toes.
Are you looking forward to more Cumberbatch on the big screen?

Emma Thompson Talks About Why Her Miss Trunchbull Is Different

Where to Look for New 'Shetland' Star Ashley Jensen: From 'Extras' to 'After Life'

Benedict Cumberbatch Gives Thanks to ‘Sherlock’