Rosamund Pike is set to star as 19th century scientist Marie Sklodowska-Curie in the forthcoming biopic Radioactive, premiering next week (July 24). In the movie, we learn how Sklodowska-Curie fought to get credit for discovering radium. This is such an important and defining time frame in her life, and science as a whole, but it got us hankering to learn more about the woman herself and other female pioneers in the field of science.

Here are 10 female scientists who really own it: 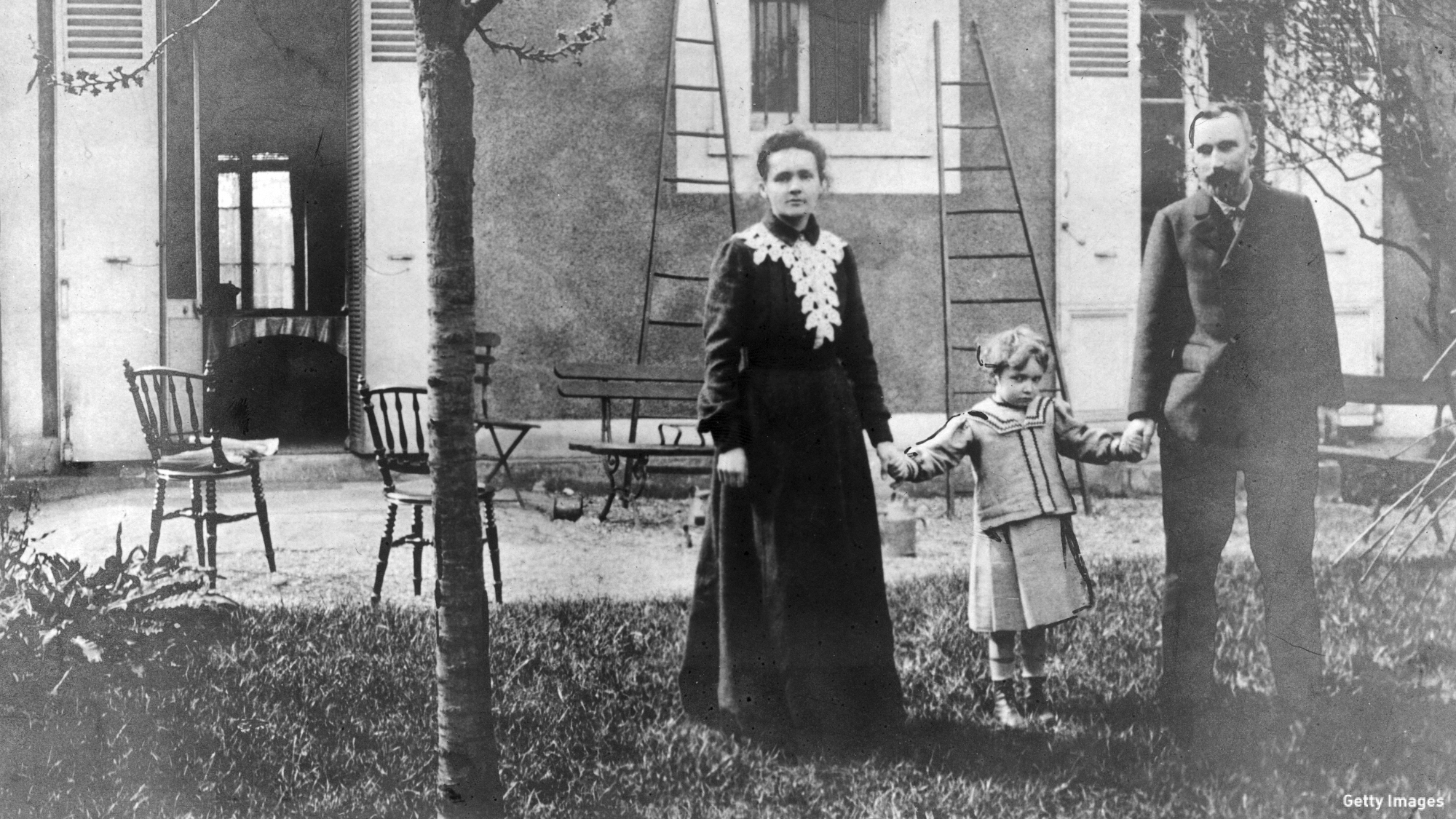 Marie Skłodowska was born in 1867 in Warsaw, Poland. She studied at a boarding school as a child and then went onto a clandestine institute called the Flying University, which accepted female students, as the standard institutes did not. In 1891, she enrolled at the University of Paris, where she studied physics, chemistry, and mathematics.

With Skłodowska winning two Nobel Prizes, it made us wonder how she got her start. And, now we have the answer: she was a natural. She knew early on that science was her calling vs. studying another topic and then moving into the field. 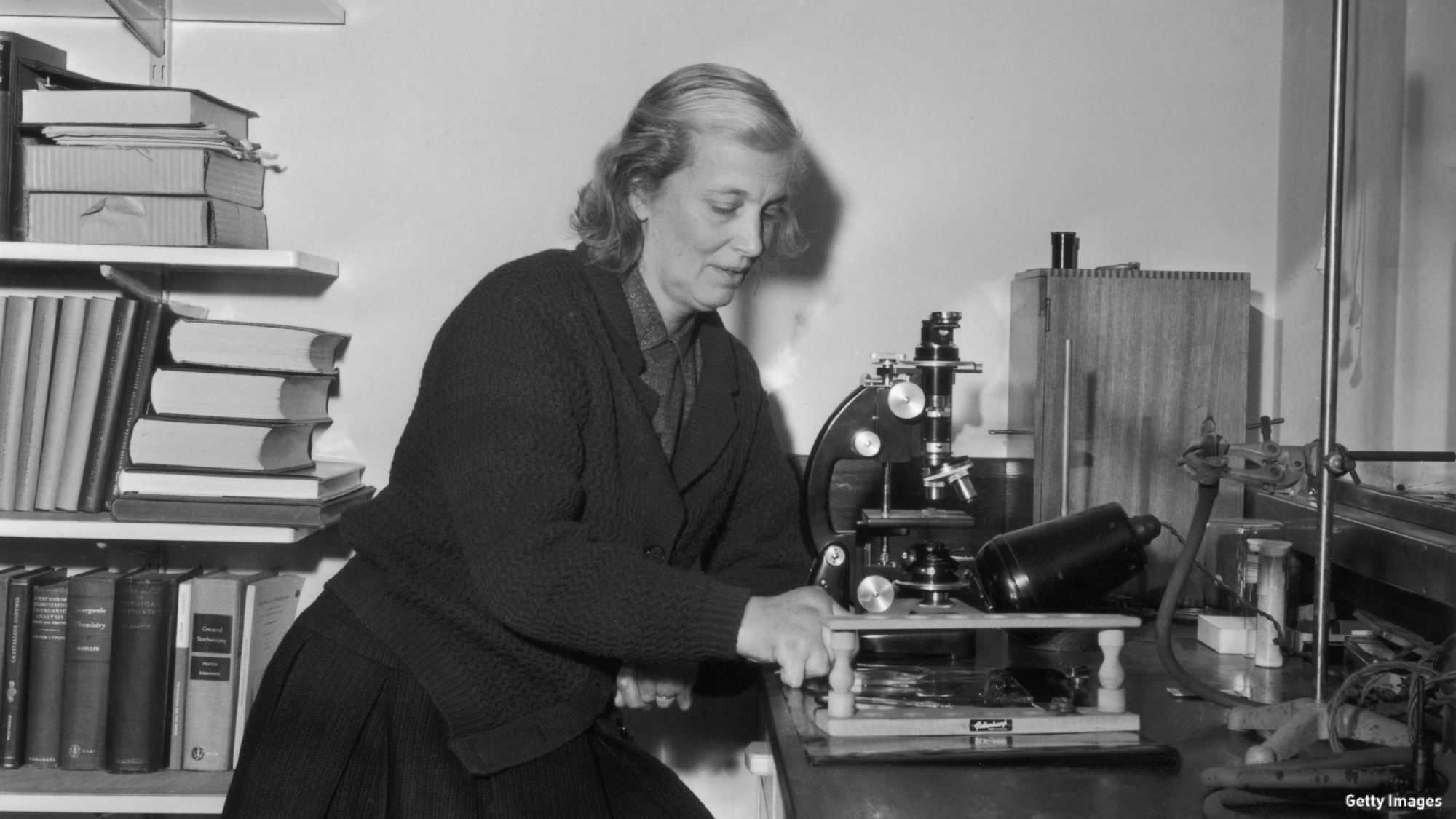 British chemist Dorothy Hodgkin (1910 - 1994) played a huge role in determining the structure of biochemicals, by advancing the technique of X-ray crystallography. She is also credited with confirming the structure of penicillin and the structure of Vitamin B. She was recognized for her accomplishments, winning the 1964 Nobel Prize in Chemistry.

How did Hodgkin become such a whiz in her area of focus? At the age of 18, she enrolled at Oxford, studying chemistry. She graduated third in her class, which was a first for women at that time. She went on to earn her PhD at Cambridge, where she discovered the potential of X-ray crystallography to determine the role of proteins. 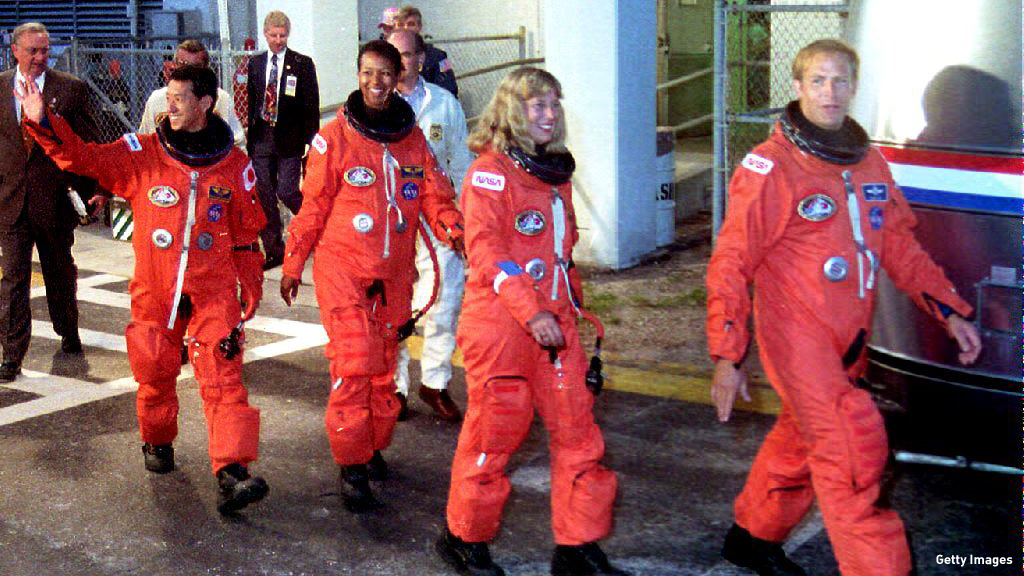 Mae C. Jemison, born in 1956, is an American engineer and physician, who became the first Black female astronaut in 1992. As a member of NASA, she and her team orbited the Earth for eight days.

She studied at Stanford, earning a degree in chemistry. She pursued a medical degree at Cornell University. Upon graduation she entered the Peace Corps. She then pursued the dream of becoming an astronaut and applying to NASA. And... she had the right stuff. She's even stepped foot into the pop culture world, making a guest appearances in Star Trek: The Next Generation.

Gertrude B. Elion (1918-1999) was an American biochemist and pharmacologist. In 1988 she won the Nobel Prize in Physiology or Medicine, which she shared with research partners George H. Hitchings and Sir James Black. Elion's work focused on life-saving drugs and how to target their use vs. relying on trial and error. Her successes led to the development of the drug AZT, which is used to prevent and treat HIV/AIDS.

Elion attended Hunter College in NYC. Unable to find a research position after graduating, she worked as both a secretary and teacher and volunteered in a lab. Saving up enough money, she continued her studies at New York University, earning an M.Sc. But, we should point out, her graduate studies financial aid was turned down 15 times because of her gender. Even so, she persevered, never giving up. 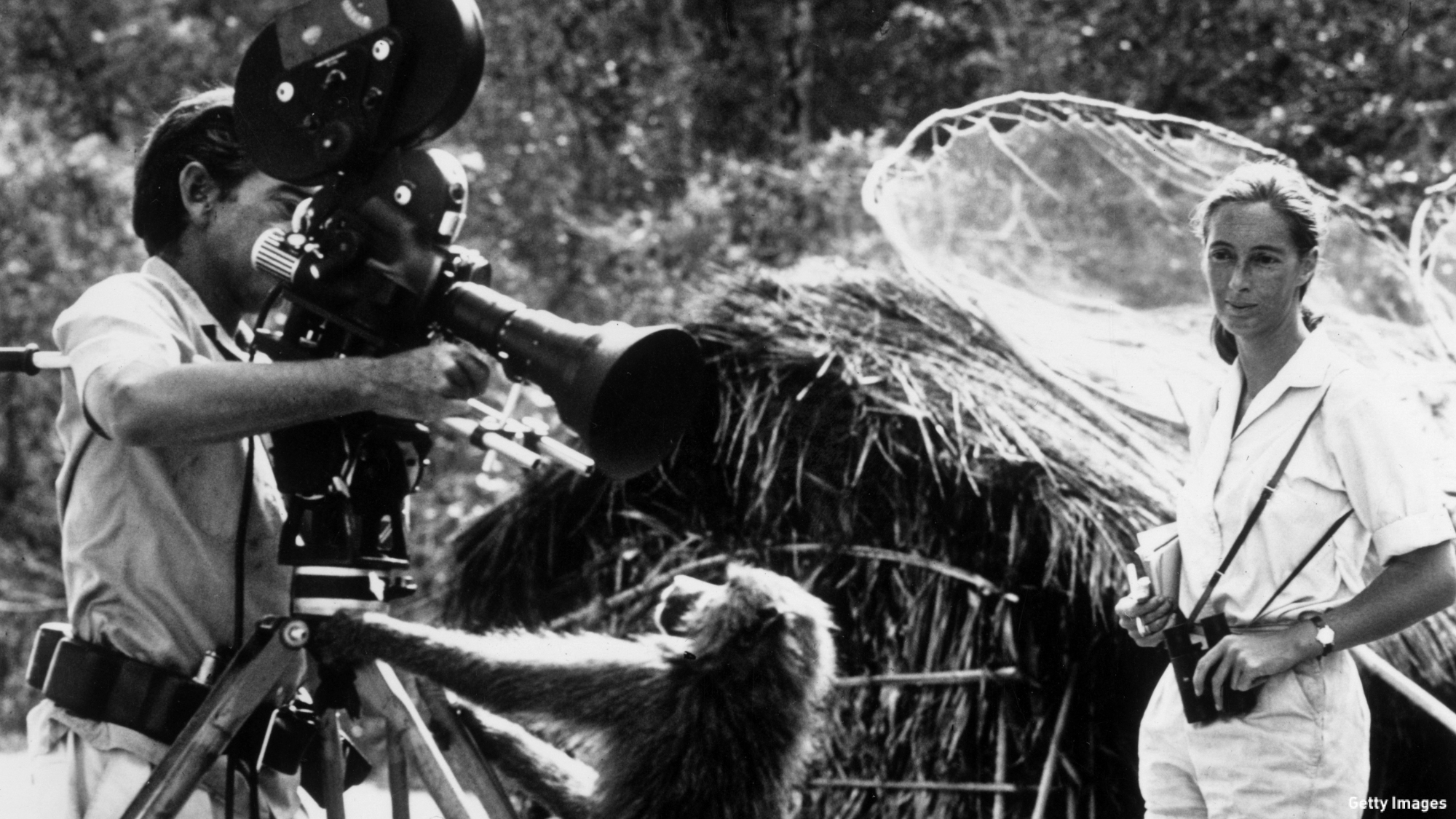 Jane Goodall is a British primatologist and anthropologist, born in 1934. In 1957, Goodall worked as a secretary for Kenyan archaeologist and paleontologist Louis Leakey. Goodall signed on with him purely out of interest in animals, which she had not yet been studying.

But, from there, she went on to study at Cambridge University, where she earned a PhD in ethology. She became the eighth person to be allowed to pursue an advanced degree without having a B.A. or BSc prior to enrolling. In 1960, she went to live with a community of chimpanzees in Tanzania, where she learned primates exhibited human like traits.

Katherine Freese is a theoretical physicist and her area of focus is dark matter. Yes, just like Sheldon from The Big Bang Theory. She is currently a professor at The University of Texas, Austin. She was one of the first women to earn a BA in Physics from Princeton University. She also has an MA from Columbia University and a PhD from the University of Chicago.

She played a role in the early research of dark matter and dark energy. She didn't just act as a researcher but proposed ways to discover dark matter, which cannot be seen but does have an effect on objects. In other words, she is investigating the creation of the universe. That is a lot to take on. 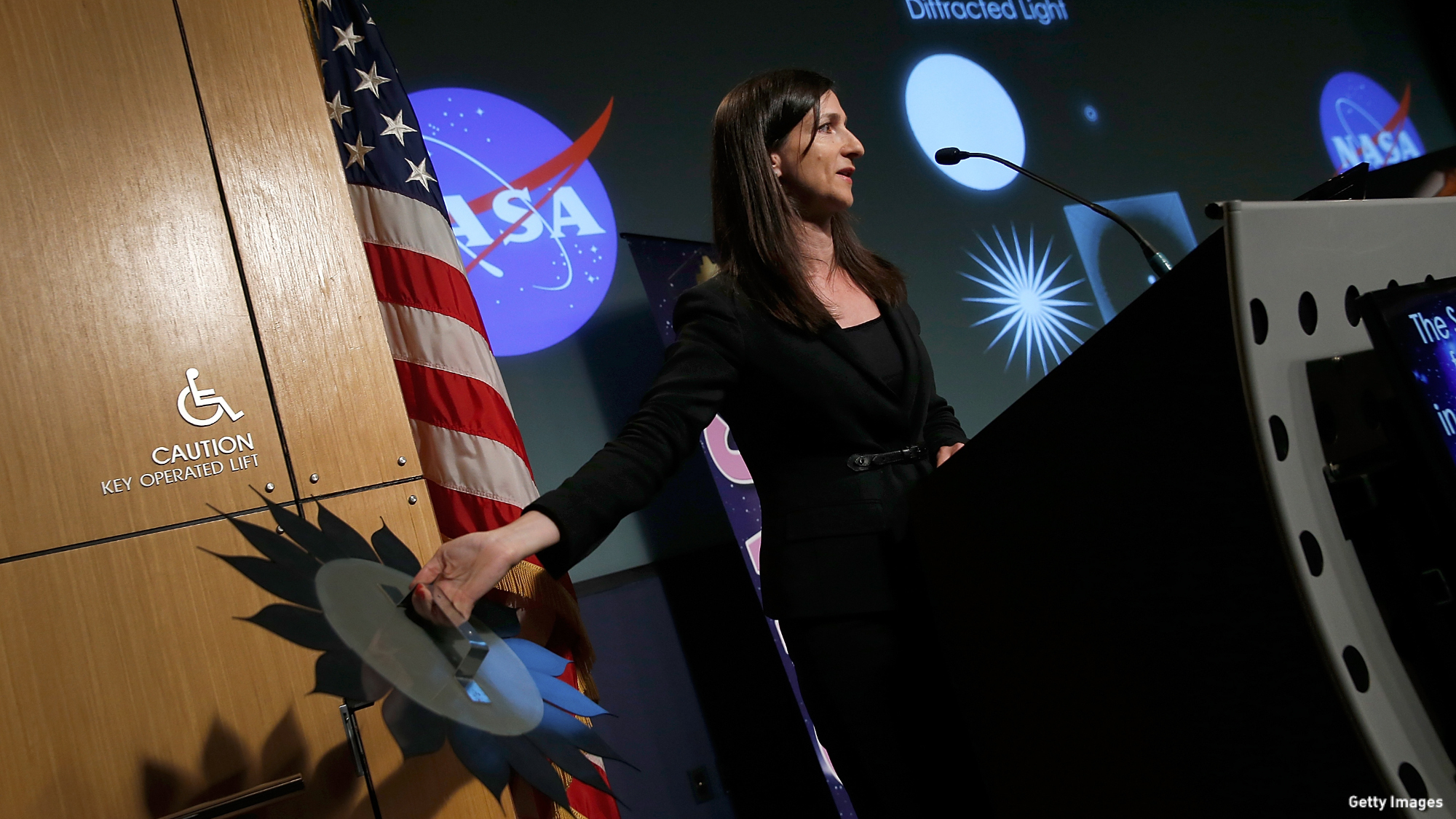 Sara Seager, born in 1971, is a Canadian-American astronomer and planetary scientist. She studied at the University of Toronto and Harvard University and is currently a professor at MIT. Galileo did a lot of the heavy lifting in discovering the solar system. And there were many more scientists to follow in figuring out the universe. One might think the mapping out had been covered by now. But, when Seager stepped in, she discovered more points in the solar system. She developed a formula to estimate the number of habitable planets in the galaxy: N = N*FQFHZFoFLFS.

NASA has described her as the Indiana Jones of astronomy.

British biophysicist Rosalind Franklin (1920-1958) was a huge contributor in understanding DNA. You know, what that stuff that makes us human beings (putting it simply). She studied chemistry at Newnham College, Cambridge in 1938. She finished her studies but didn't receive her BA degree until 1947, as women weren't honored with the award until then.

In addition to the work she did in the lab, she helped prove women can excel academically and should be credited for their abilities and achievements.

Grace Hopper (1906-1992) was a computer scientist and admiral in the U.S. Navy. She was one of the first computer programmers, inventing one of the first linkers, a computer system that creates a file. She also helped configure computer-independent language, developing COBOL. If you're the kind of person to insert a simple line of code into a CMS and exclaim, "I'm an HTML wizard!," you can thank Hopper for laying out the foundation.

Prior to joining the Navy, Hopper studied at Yale University, earning a PhD in physics.

When Tiera Guinn was still a student at MIT, she was already working on behalf of NASA. She acted as a designer and structural analyst, focusing on building NASA's Space Launch System, which is set to send people to Mars. It hasn't happened yet... but life on Mars is in the works.

Graduating from MIT with a degree in Aerospace Engineering in 2017, she now works for Boeing.

Bonus Mention: Mayim Bialik (Blossom), who stars as neurobiologist Amy Farrah Folwer in The Big Bang Theory, is also a scientist in real life. She holds a doctorate in Neuroscience from UCLA.

Have you gotten your science fix for the day?

Andrea Riseborough to Star Opposite Kate Winslet in ‘The Palace’