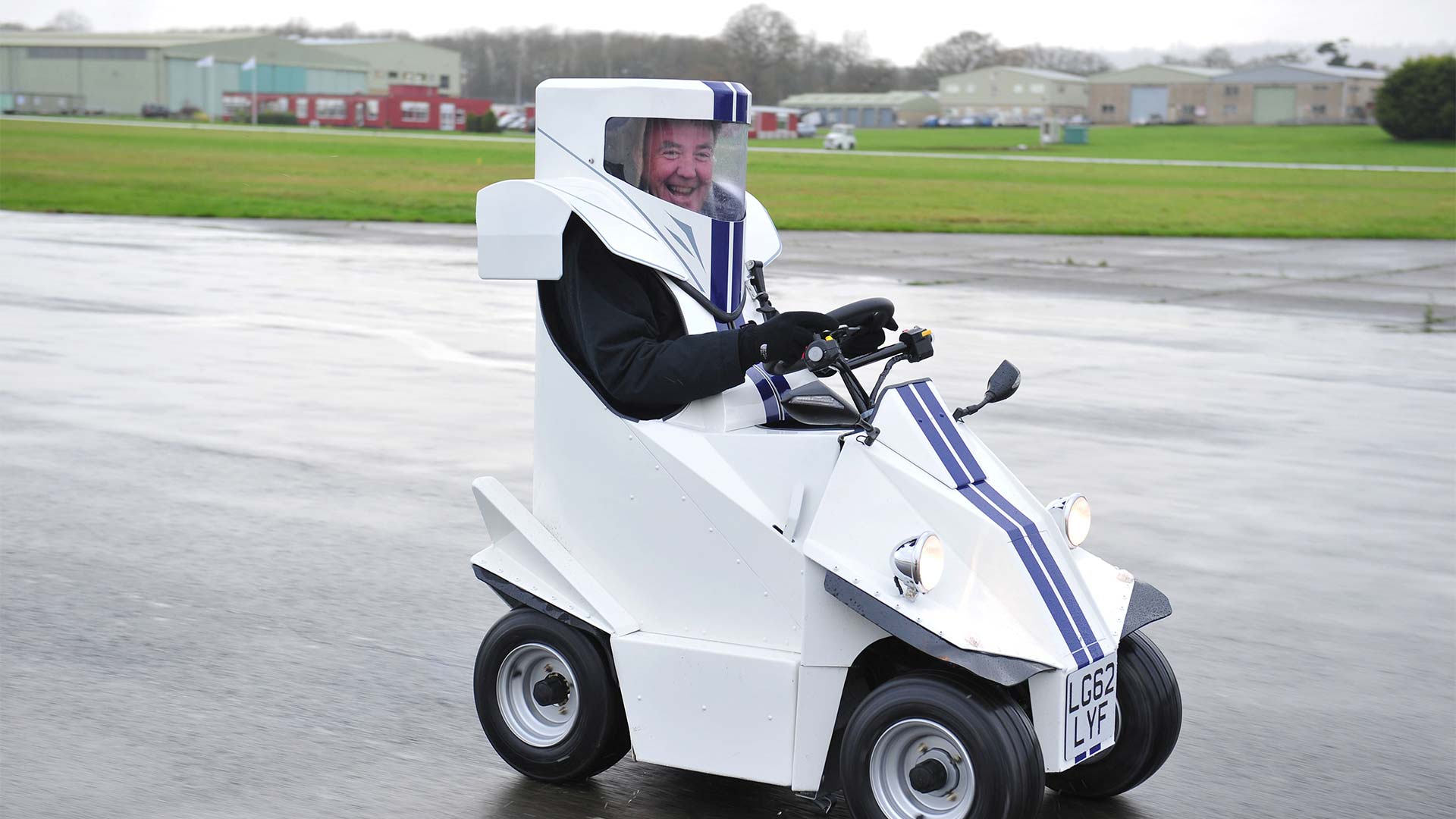 In this first episode, The Stig puts Golden Globe® winner and Homeland star Damian Lewis through the paces in the Star in a Reasonably Priced Car.

Jeremy Clarkson, Richard Hammond and James May are back as the world's most popular car program returns for a brand new series.

In the first episode, Jeremy attempts to build a car that's even smaller than the famous Peel P50 and then tests it out on the streets of London before putting his concept to the ultimate test of credibility in the fearsome Dragons' Den.

Meanwhile, James is testing the latest Bentley Continental GT Speed by taking it on a rally stage and Richard is at the test track to unleash the sensational new Pagani Huayra hypercar before handing it over to The Stig for the lap of its lifetime.

As if that wasn't enough, 'Homeland' star Damian Lewis is the Star in a Reasonably Priced Car.