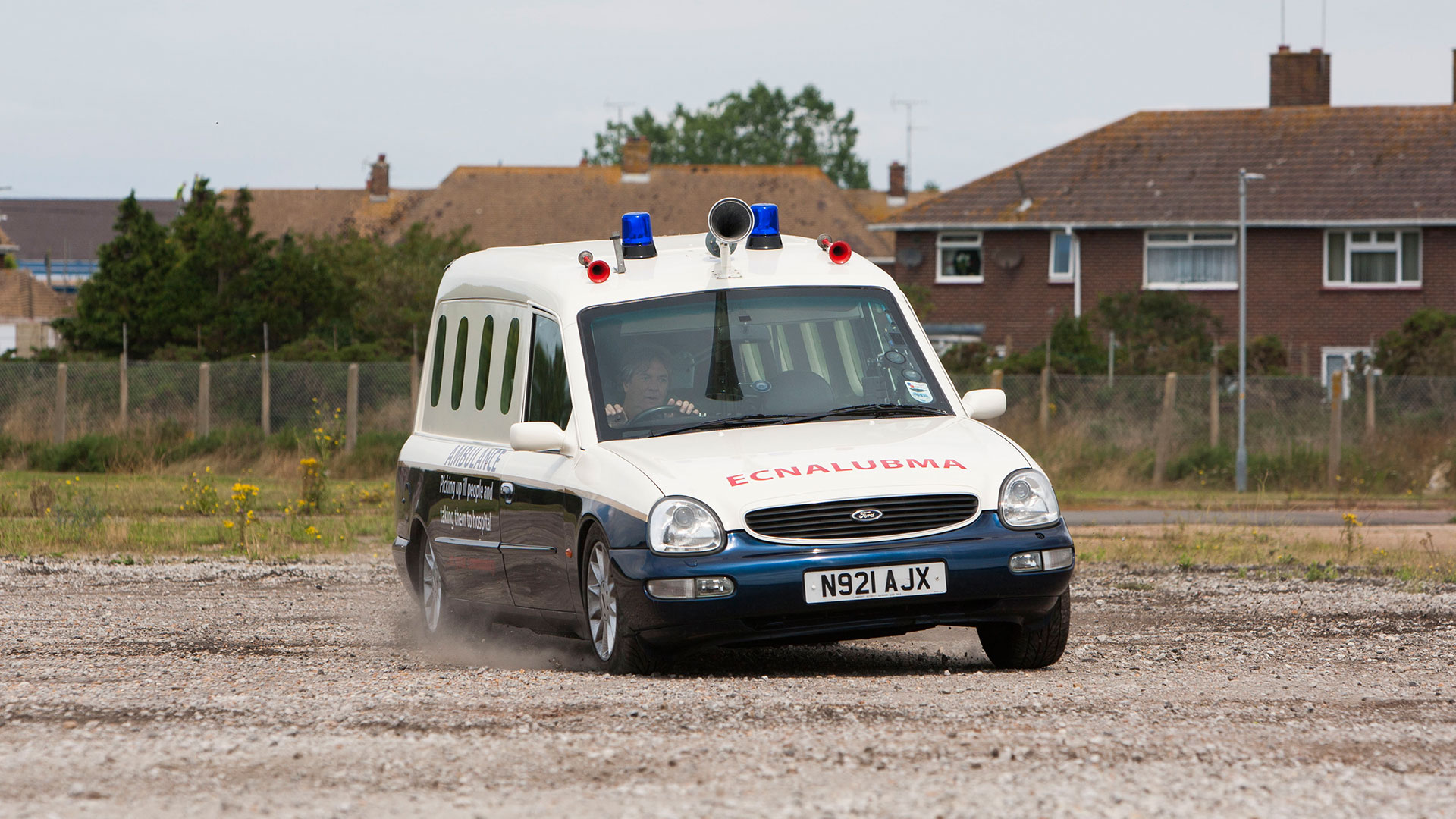 Jeremy Clarkson, Richard Hammond and James May attempt to improve and enhance the ambulance. Starting with a belief that current ambulances, which are usually very big and based on a diesel van, are in need of a re-think, the presenters go their separate ways to focus on the one area they think could be improved. May focuses on passenger comfort, Hammond tries to improve response times by getting other drivers out of the way more effectively, while Clarkson confronts the same issue with the invention of what he calls 'the sports ambulance'.

PLUS: F1 driver Daniel Ricciardo is the star in the Reasonably Priced Car.

‘Top Gear’: Kevin Hart on Being a Sex Symbol