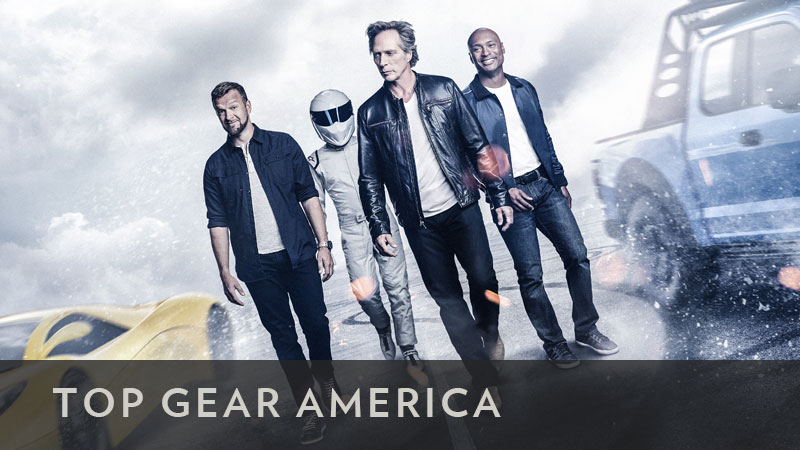 Good news, gearheads — BBC America is doubling down on Top Gear! We're thrilled to introduce the all-new Top Gear America. With a nod to its UK roots, the reimagined US spin-off of Top Gear will appear on BBCA with three new presenters and eight hour-long episodes starting later this year. The series will be hosted by racing enthusiast and veteran film and television actor William Fichtner, world champion drag racer Antron Brown, and premier British automotive journalist Tom “Wookie” Ford.

Top Gear America will review not just exclusive and state-of-the-art vehicles, but also the cars of America’s culture-defining past. From the latest supercars to the ultimate in automotive engineering technology, Top Gear America will put the viewer in the passenger seat alongside the car-obsessed hosts, as they race the most incredible vehicles on the scenic highways and historic tracks of the American west. Each week will feature a different celebrity who will compete for top honor on the leader board at the new Top Gear studio and track, Speed Vegas. Of course, the one and only Stig, Top Gear’s mysterious test driver, will be leaving everyone in his petrol-hazed wake.

Award-winning film and TV actor William Fichtner (Black Hawk Down, The Dark Knight, Armageddon, Lone Ranger, Prison Break) is a car nut and competitive racer. Antron Brown is a three-time NHRA Top Fuel Division world champion. Tom “Wookie” Ford was the Road Test Editor of CAR Magazine and previously appeared in BBCA’s Mud, Sweat and Gears. He is currently the Associate Editor of Top Gear Magazine, and contributes to both TopGear.com and The Sunday Times.