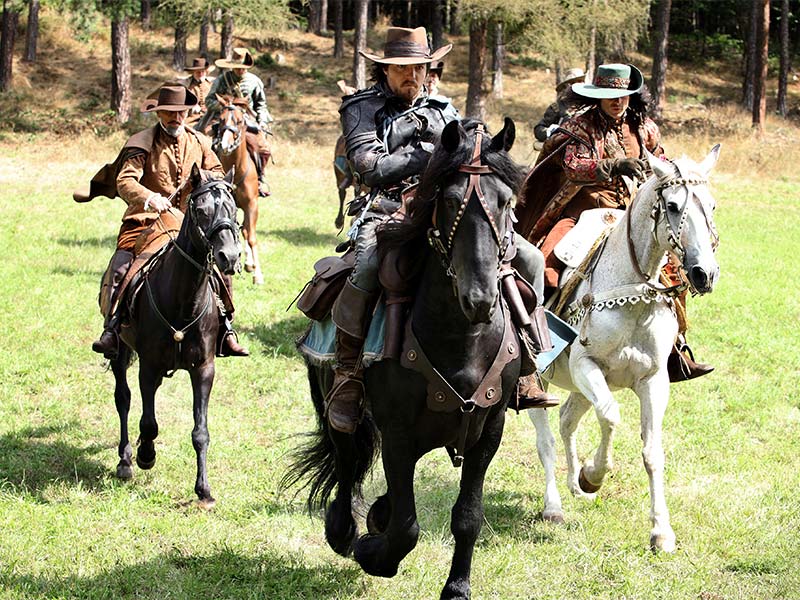 Aramis and d’Artagnan are thwarted in their task to transport a young woman and her baby from a village outside Paris to the Palace when armed men abduct her baby. They must find out who she is exactly and why anyone would go to such lengths to kidnap her son.

Meanwhile, the King’s royal hunting party is disrupted by the sudden appearance of Louis’ banished mother, Marie de Medici, seeking royal protection from an unknown assassin. The Musketeers must fight to protect both mother and baby while also loyally defending the throne.