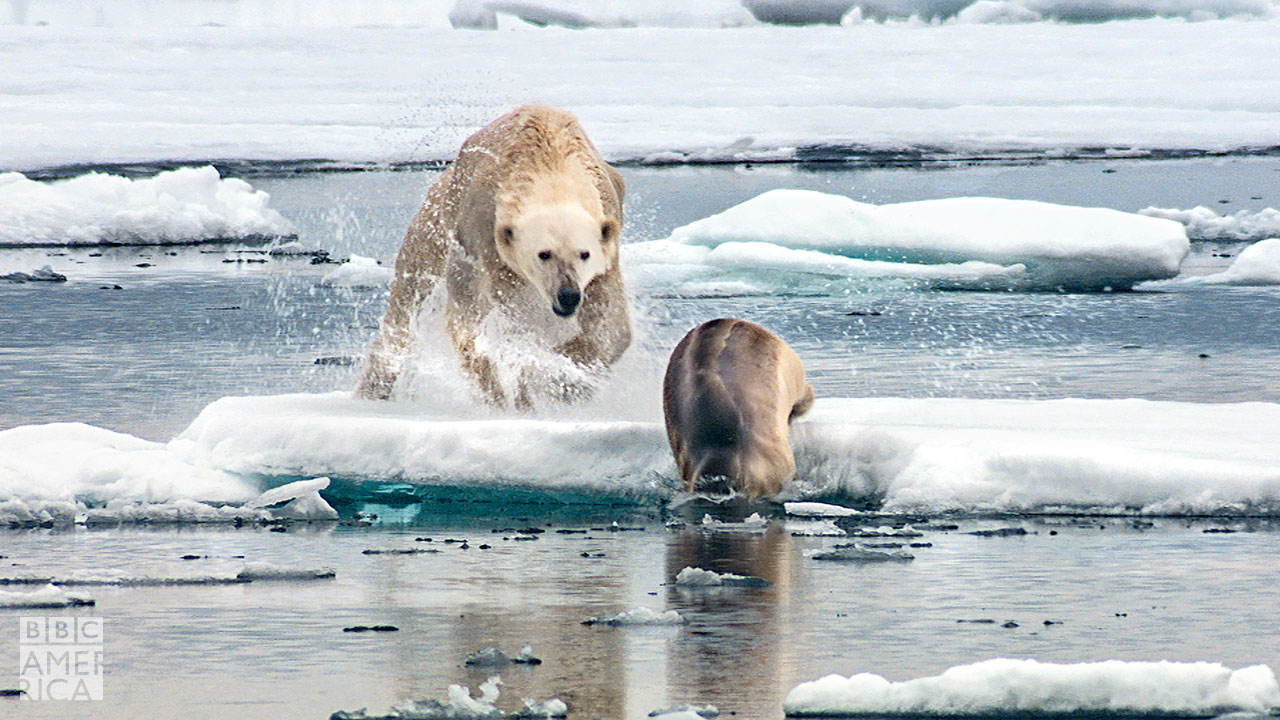 A polar bear chases a bearded seal across drift ice. Bears must surprise their prey by keeping a very low profile and swimming quietly between the ice fragments. 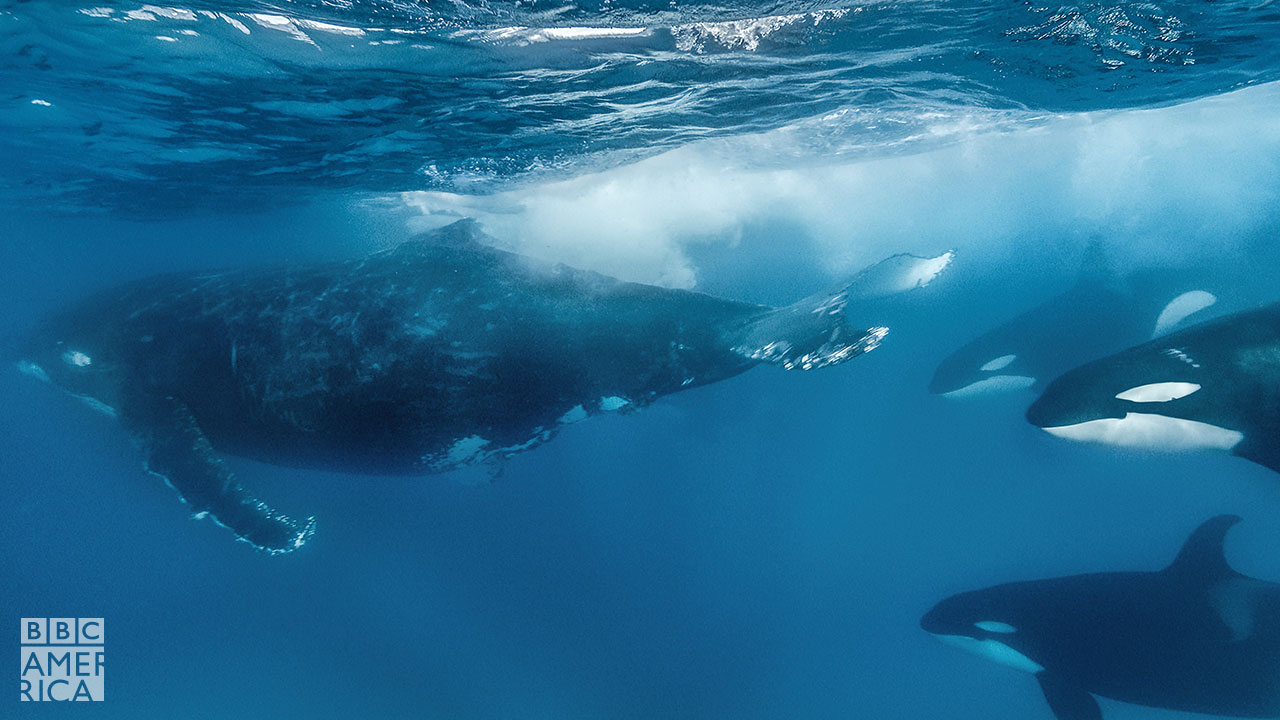 A pod of orcas chase a humpback whale just off the coast of Ningaloo, Australia. About half of orca attacks on humpback whales are successful. 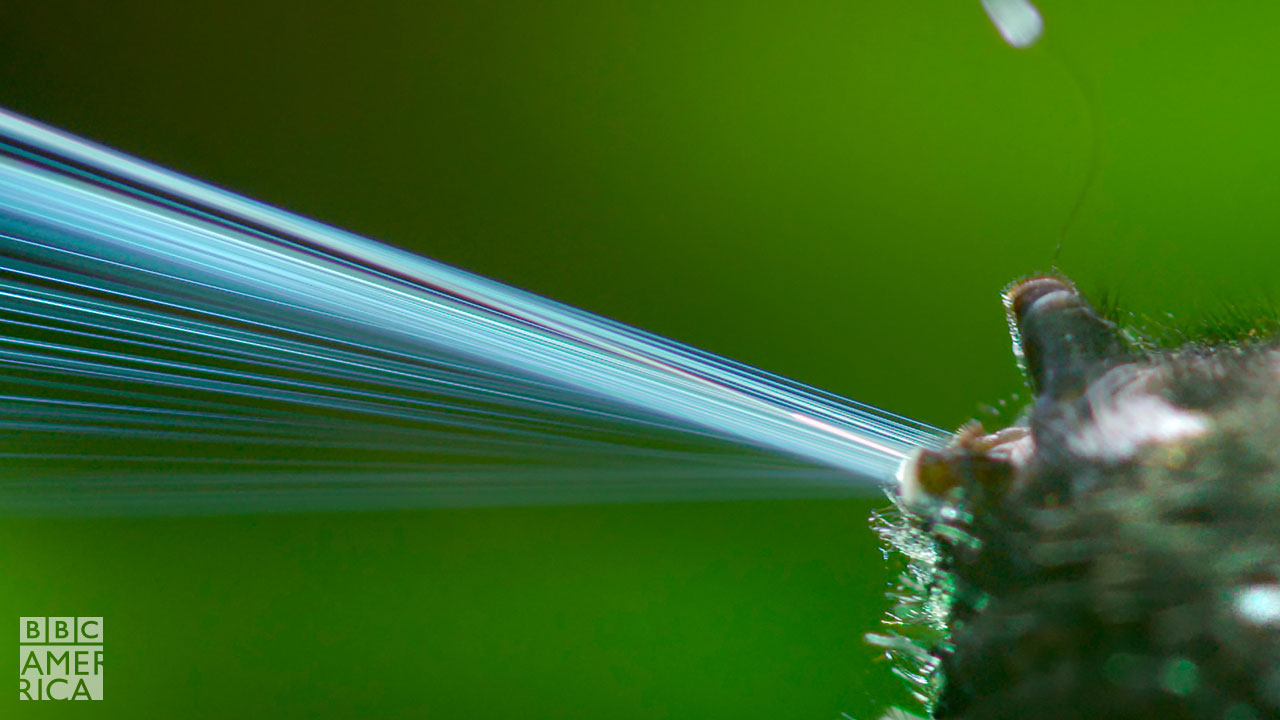 Like a real life Spiderwoman, the Darwin’s bark spider sprays silk to build a web over a river and catch her insect prey. Her silk is the strongest natural fiber on the planet — ten times stronger than Kevlar, the material used in bullet proof jackets. 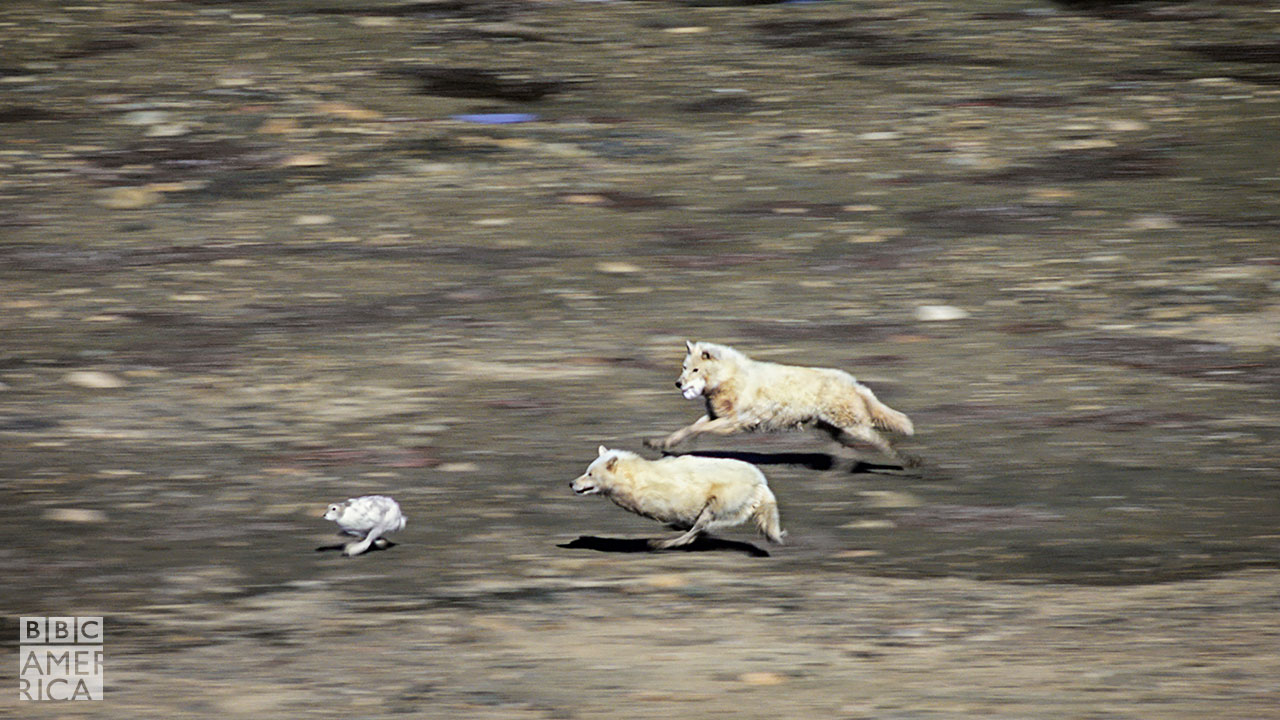 A pair of Arctic wolves chase an Arctic hare across the tundra. Hares can run 40mph and change direction in an instant — making them very tricky prey. 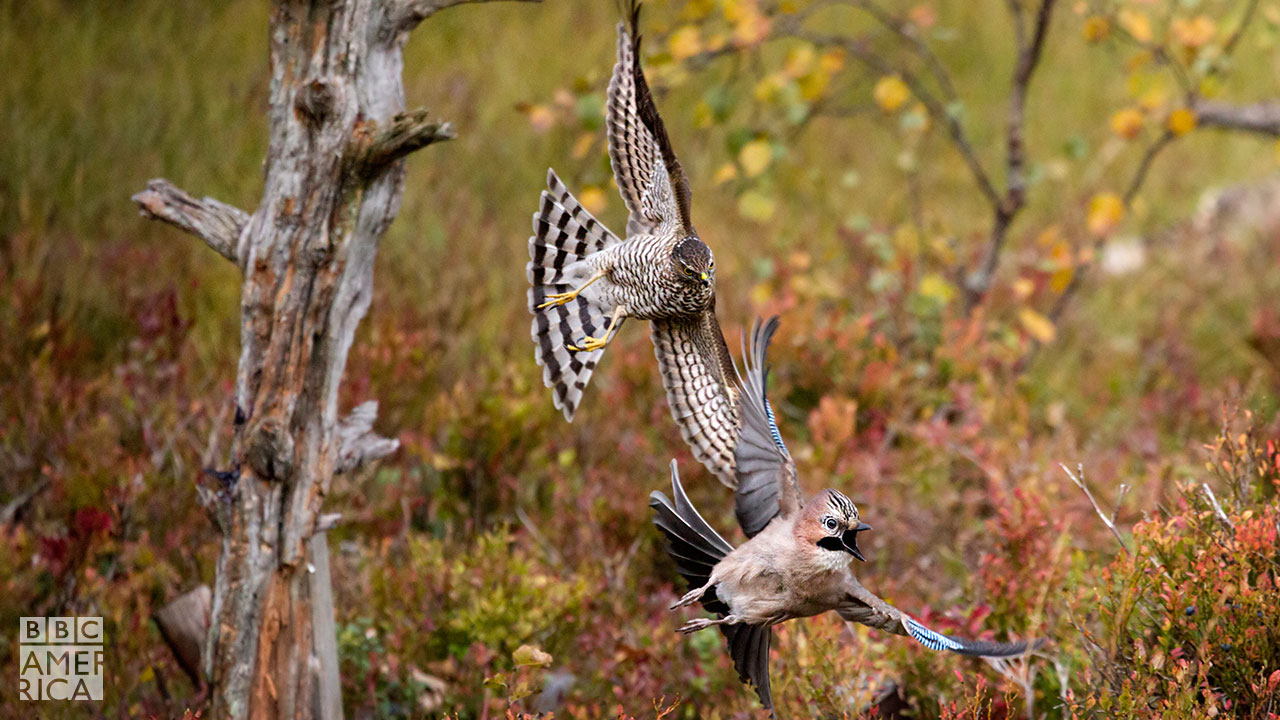 A fledgling sparrowhawk pursues a jay in an airborne chase. Female sparrowhawks are much larger than males, and can therefore capture larger — and more difficult — prey. 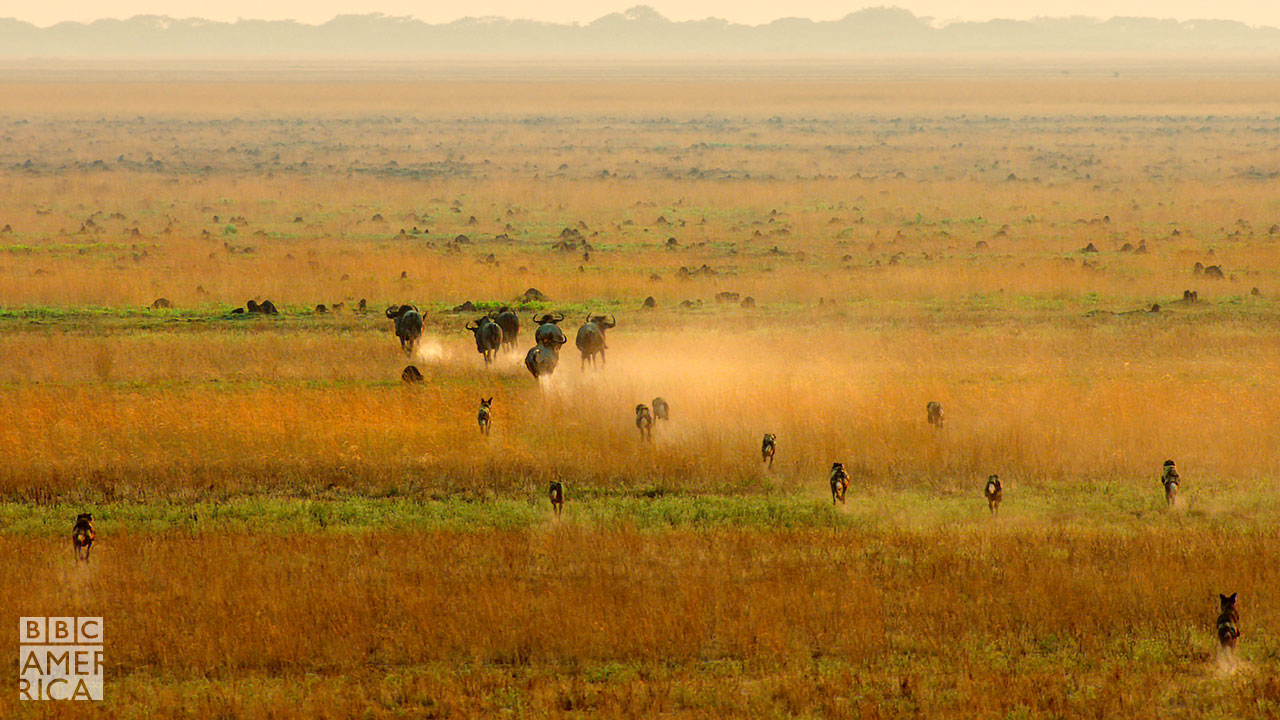 A pack of African wild dogs chases a herd of wildebeest across the Liuwa Plain in Zambia. Wild dogs have INCREDIBLE stamina — they can run up to 38mph for over three miles before tiring. 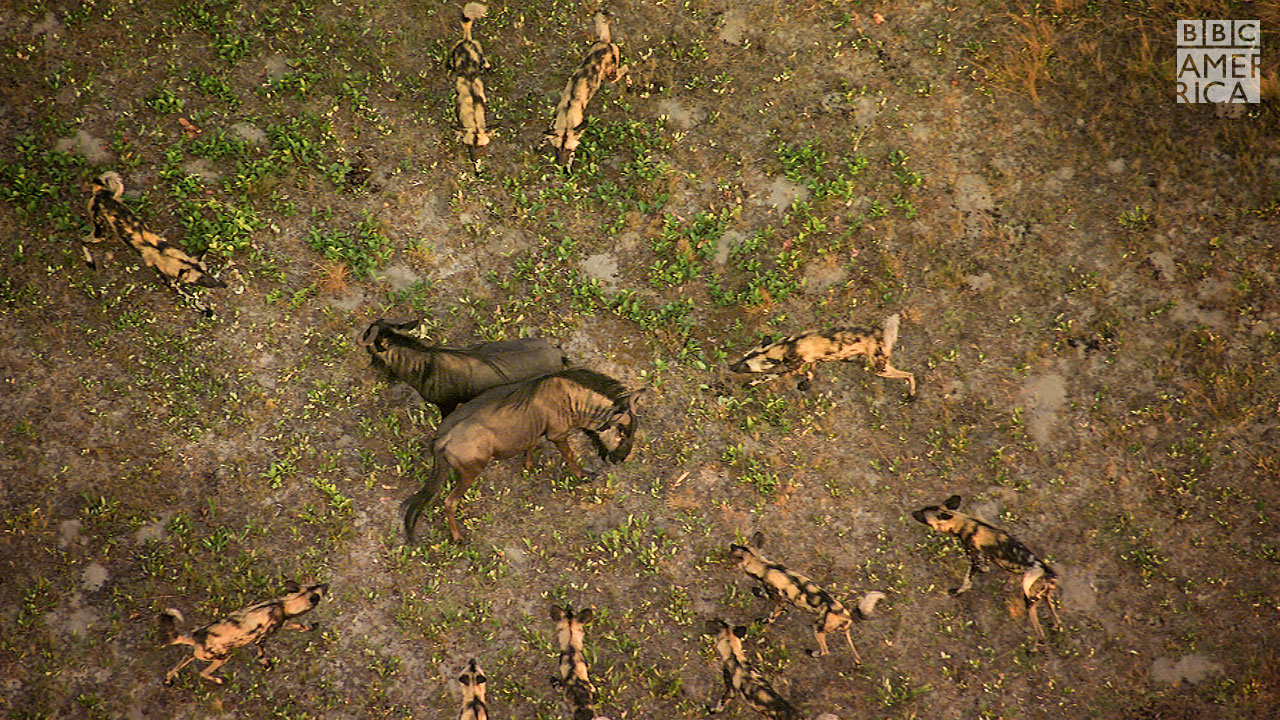 A pack of African wild dogs surround two adult wildebeest in Liuwa Plain, Zambia. Working as a group, wild dogs can take down prey more than 10 times their size! 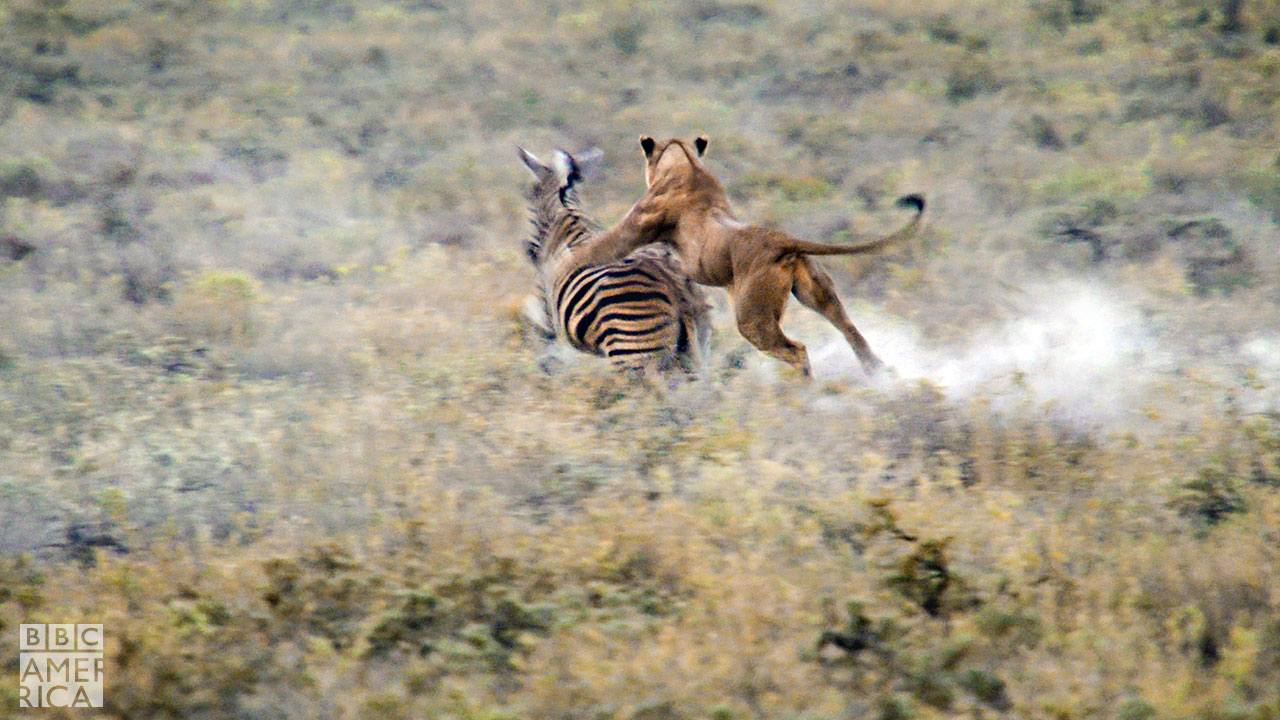 A lioness in Etosha National Park, Namibia, chases down an adult zebra... all on her own. 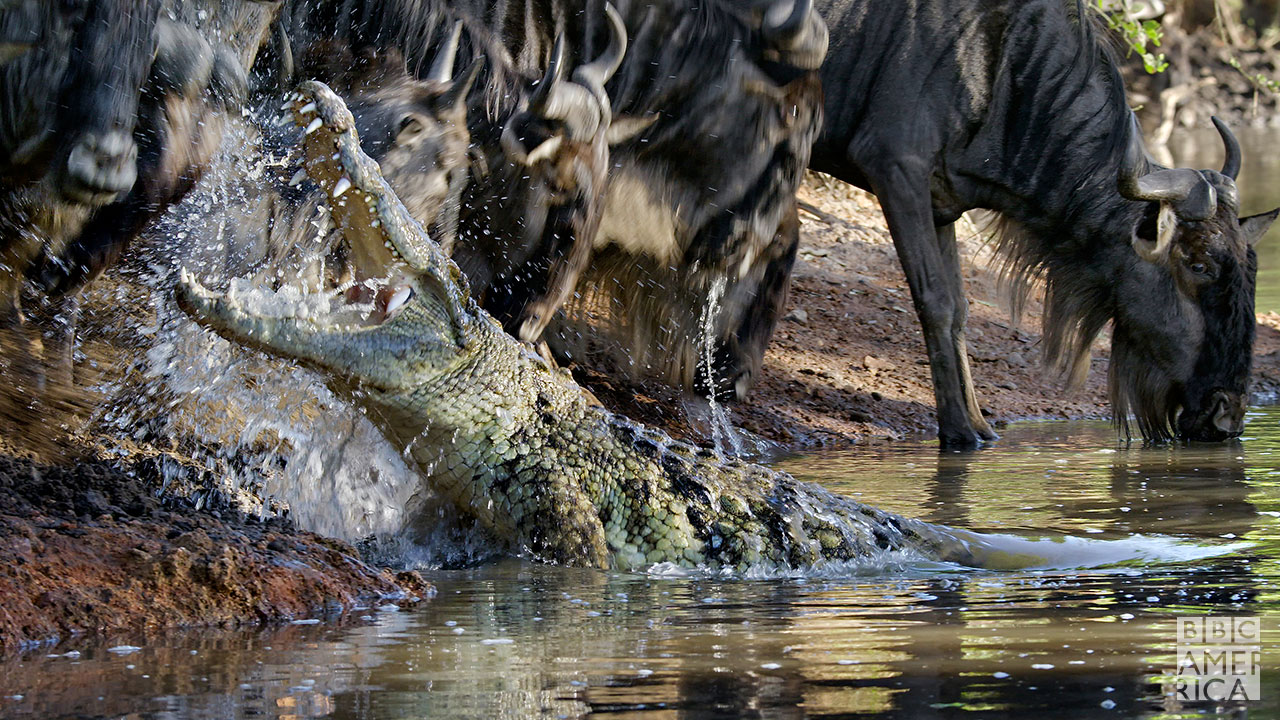 A Nile crocodile launches itself out of the Grumeti river in Tanzania, attempting to catch a thirsty wildebeest. 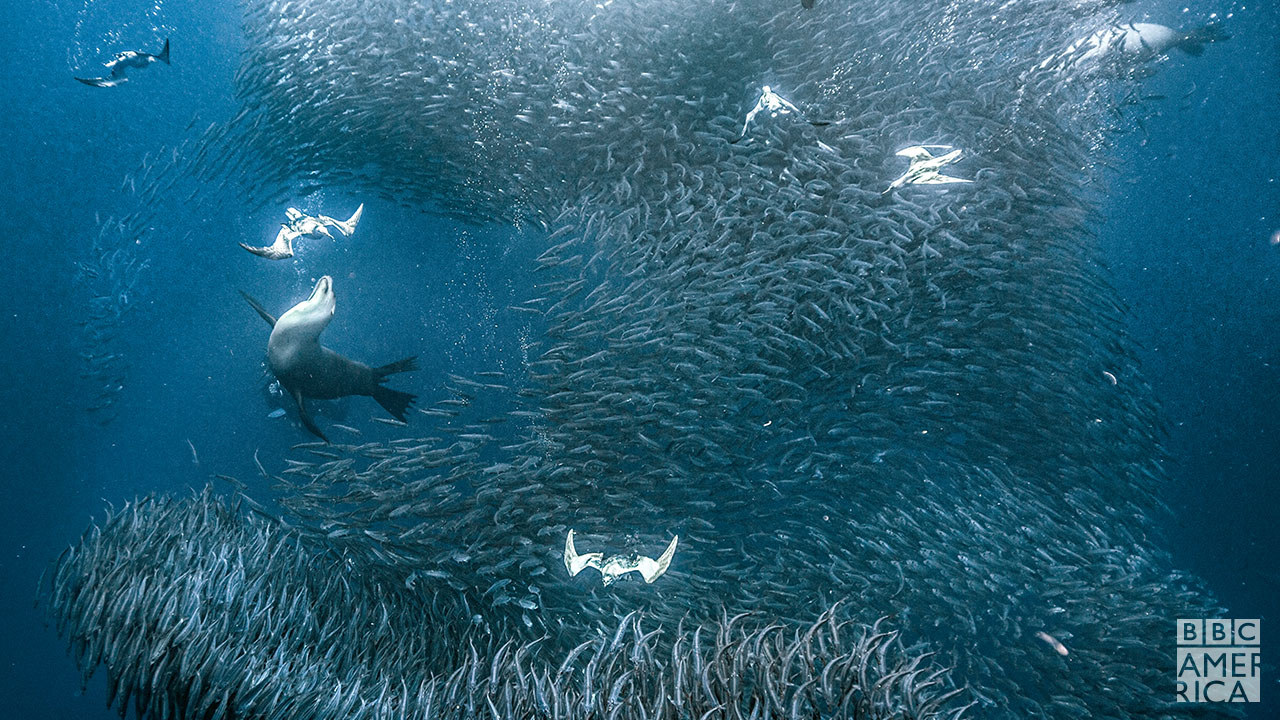 Shearwater birds and Californian sea lions simultaneously attack a school of sardines. Shearwaters are surprisingly agile swimmers, and sardines must swim tightly for defense against not one but TWO predators. 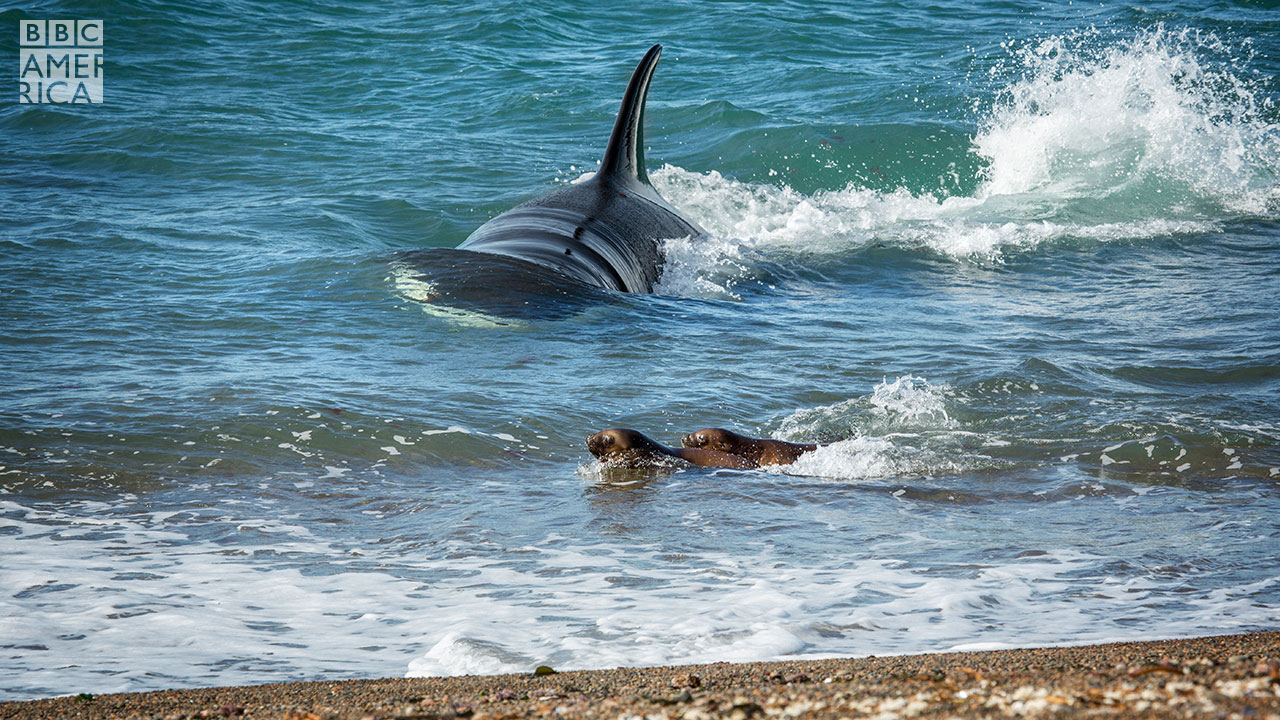 Orca whales chase Patagonian sea lions in Peninsula Valdes, Argentina. The orca’s hunting season only lasts a few weeks here, and then the sea lions learn to recognize them as a danger.

‘The Hunt’: The Chase is On

With every hunt, nothing is certain. Explore thrilling action photos of sea, land, and air predators chasing their prey.