“Is Britain facing a growing nuclear threat with every Soviet space advancement?” – Hector

Last night “The Hour” kicked off its second season with coverage of a space spectacular – the Soviet launch of the second space satellite, Sputnik II.

To echo Hector’s question to “Hour” viewers, “What does this latest development in the Russian satellite program mean for Britain and the arms race as a whole?” The launch not only sparked a collective awe and fear of Russia’s technological prowess, it also heightened nationwide nuclear hysteria. And Brits weren’t alone in their stunned  reaction to Russia’s bold space endeavors – as British astronomer Sir Bernard Lovell observed, Americans were in “blind disbelief in the powerful advance of Soviet science and technology.” How had the backwards Soviets become the leaders of the global space race?

Spurred by the successful launch of Sputnik I in October of ’57, the Russians worked furiously to outdo themselves. The result was Sputnik II, a 1000+ pound satellite to be launched less than a month after its predecessor. But the main draw wasn’t the satellite – it was the passenger. Sputnik II would be the first spacecraft carrying a living creature – an unlucky stray dog named Laika. Soviets reported Laika lived six days into the mission after dying as planned, and Sputnik II was hailed as a monumental success – a major blow to American and British egos. 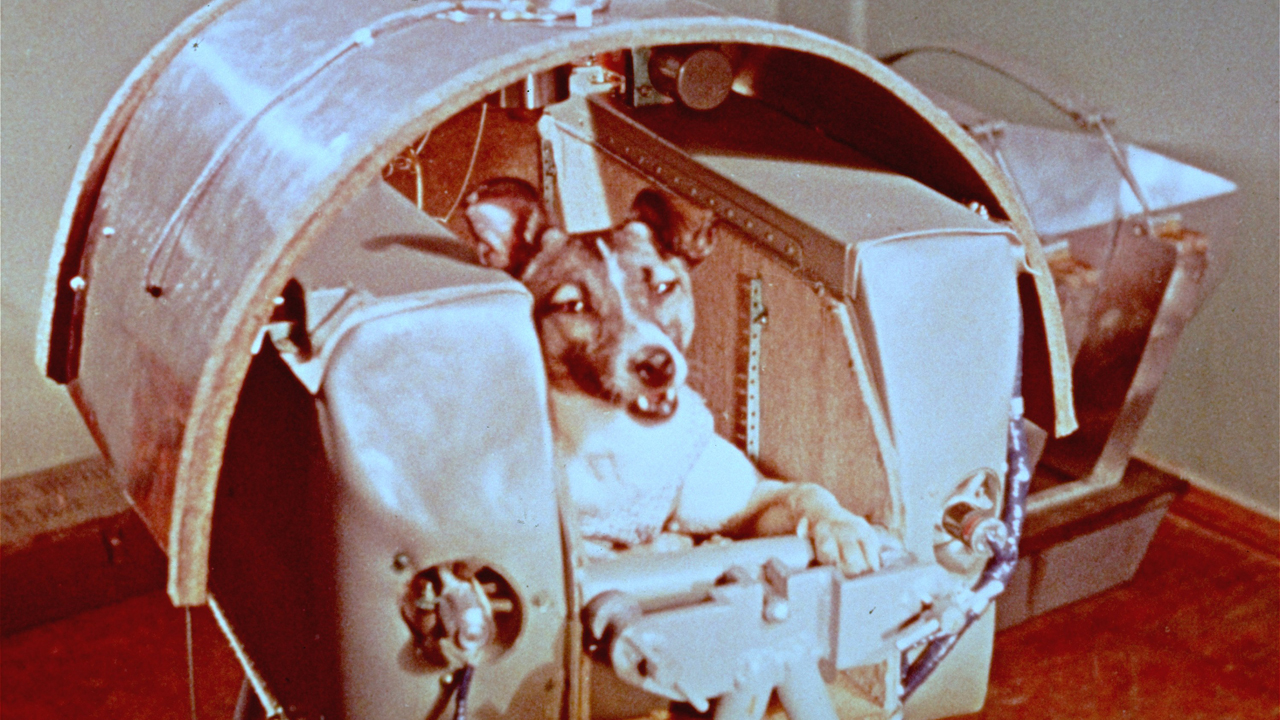 So why did an orbiting space pup strike fear in the hearts of captivated onlookers abroad? Many believed if Soviets could launch large and weighty satellites, they would soon be capable of launching intercontinental ballistic missiles and nuclear weapons. If hyperbolic media coverage wasn’t enough to spread general unease, Sputnik’s methodical “beep beep” transmission across American and British radio frequencies offered a constant reminder that the Soviets were the leading innovator in space exploration – America was no longer the world’s technological superpower. “Listen now,” remarked one NBC radio network announcer of Sputnik I’s beeping transmission, “for the sound that forevermore separates the old from the new.”

As Lix describes in the “The Hour” newsroom, “The Soviets have stolen a march on everyone with Sputnik. Eisenhower’s cowering in the corner.” While it’s true the public was cowering, President Eisenhower remained unfazed. Lix’s new boss, Randall, gave a more accurate (albeit harsh) assertion, “In every American there is an air of incorrigible innocence which in fact conceals a diabolical cunning. The Americans knew this was coming.” In truth, Eisenhower was aware of Soviet plans to create satellites, and because of secret intelligence, was also aware that the Soviets posed little threat. Eisenhower’s focus was on creating spy satellites to ensure national security, not creating space spectaculars for media hype.