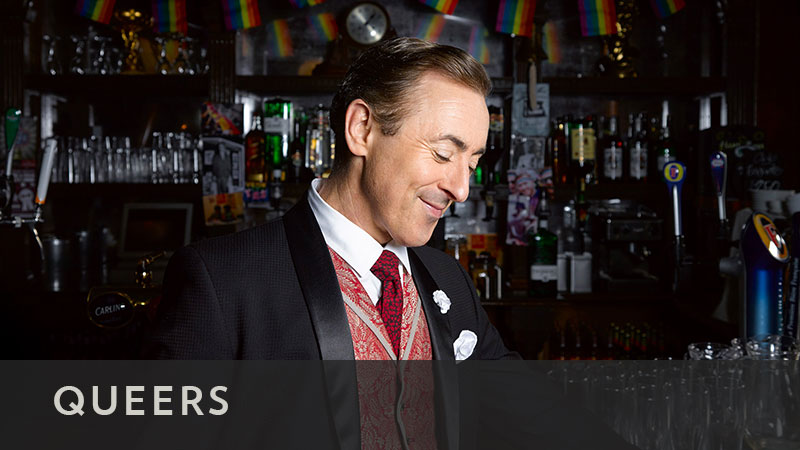 BBC America’s Queers sees eight new writers respond to the 50th anniversary of The Sexual Offences Act — which partially decriminalized homosexual acts between men in the UK — will air throughout the day on Wednesday, October 11. Then, you can binge all eight short films the following day, Thursday October 12, on VOD, at BBCAmerica.com and on the BBCA app.

The films are written by Matthew Baldwin, Jon Bradfield, Michael Dennis, Keith Jarrett, and Gareth McLean, who are writing for television for the first time, alongside established screenwriters Jackie Clune, Brian Fillis and Gatiss himself.

Taking in 1957’s Wolfenden Report, the HIV crisis and the 1967 Sexual Offence Act itself, the eight monologues will explore some of the most poignant, funny, tragic and riotous moments of British gay history and the very personal rites-of-passage of British gay men through the last one hundred years.